Style Living Self Celebrity Geeky News and Views
In the Paper BrandedUp Hello! Create with us
Ayala Land

“To me, there’s no Christmas like Christmas in the Philippines,” Jose Mari Chan, singer of everyone’s holiday LSS said. “I lived in the US for 11 years, but it’s not quite the same. It’s more family –oriented here. There’s a spirit of giving and sharing in our country that I didn’t quite see there.”

Chan was part of the Nov. 12 media launch of Ayala Land and Make it Makati’s Festival of Lights virtual edition 2021.

Now in its 13th year, the Festival of Lights was held pre-pandemic at the Ayala Triangle Gardens, and is held virtually for the second Christmas season this year.

The first part can be viewed starting 6 p.m. on Nov. 12 on Make It Makati’s Facebook page. 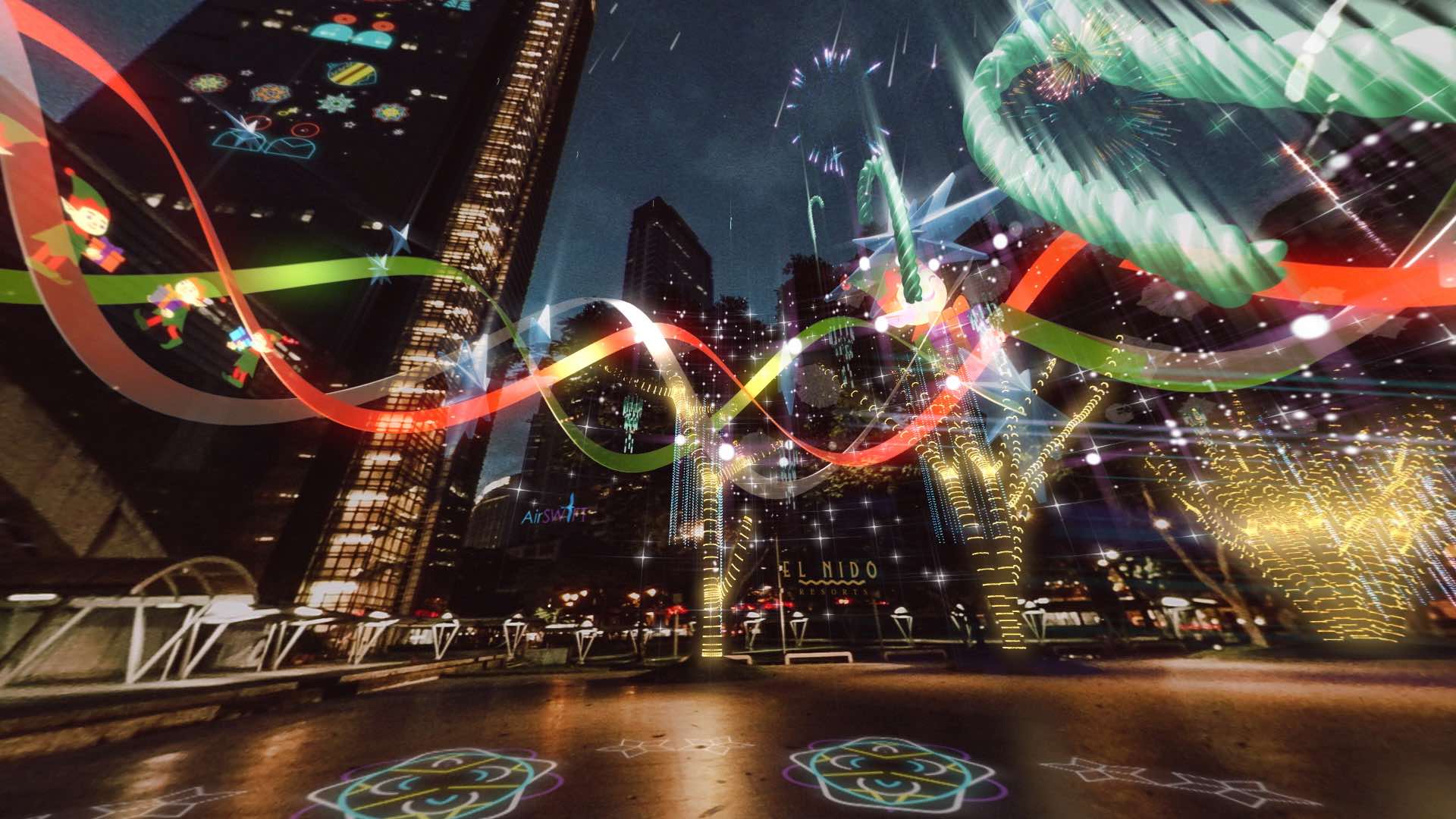 Part 1 recreates the light show at Ayala Triangle Gardens designed within the digital space to present a 360-degree animation. Part 2 will be a beautiful Christmas story and will be launched in the coming weeks. 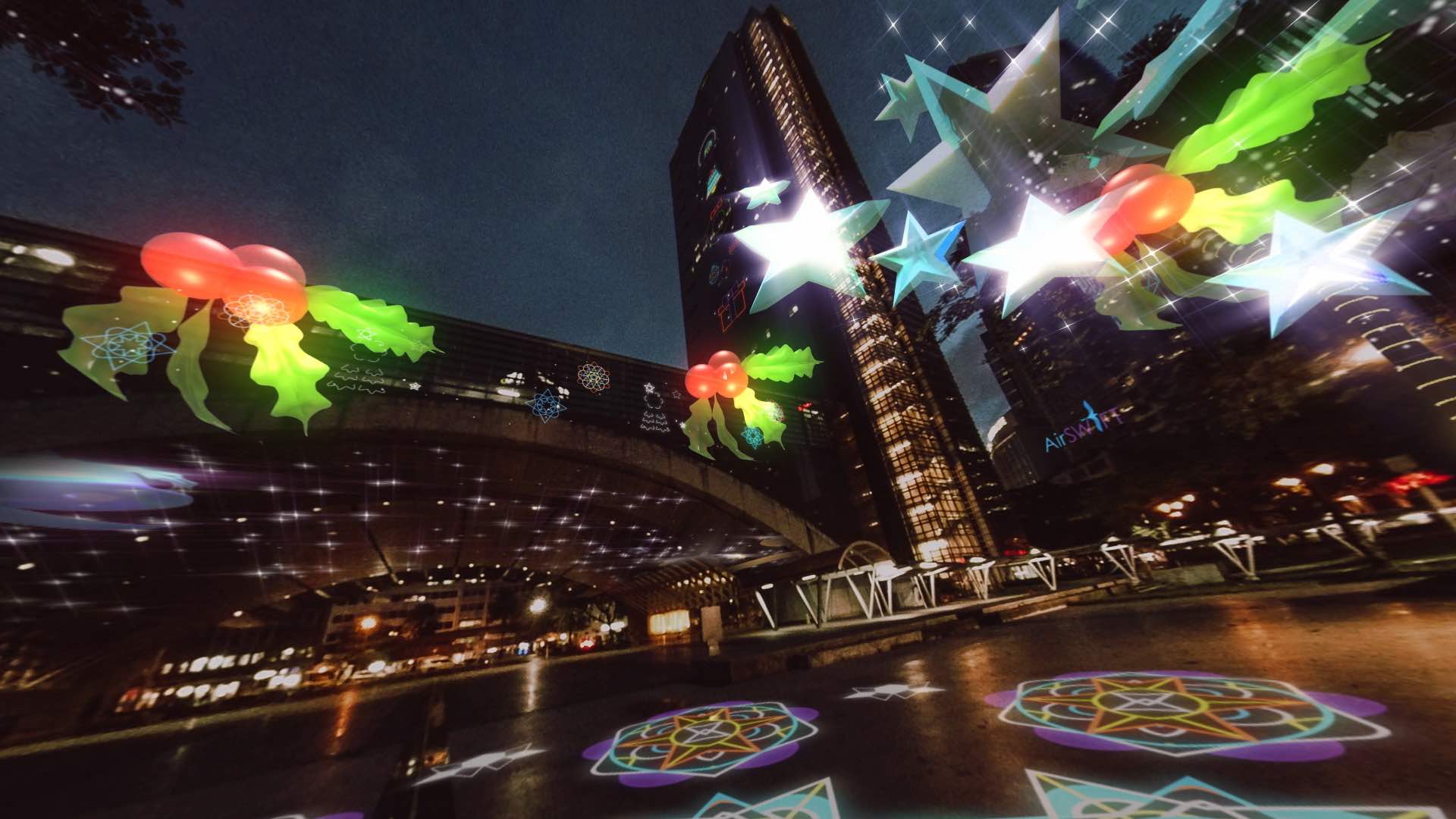 Quark Henares, head of Globe Studios, and Acid House created this year’s virtual Festival of Lights, which also features a medley by Chan composed of his holiday songs for both installments. 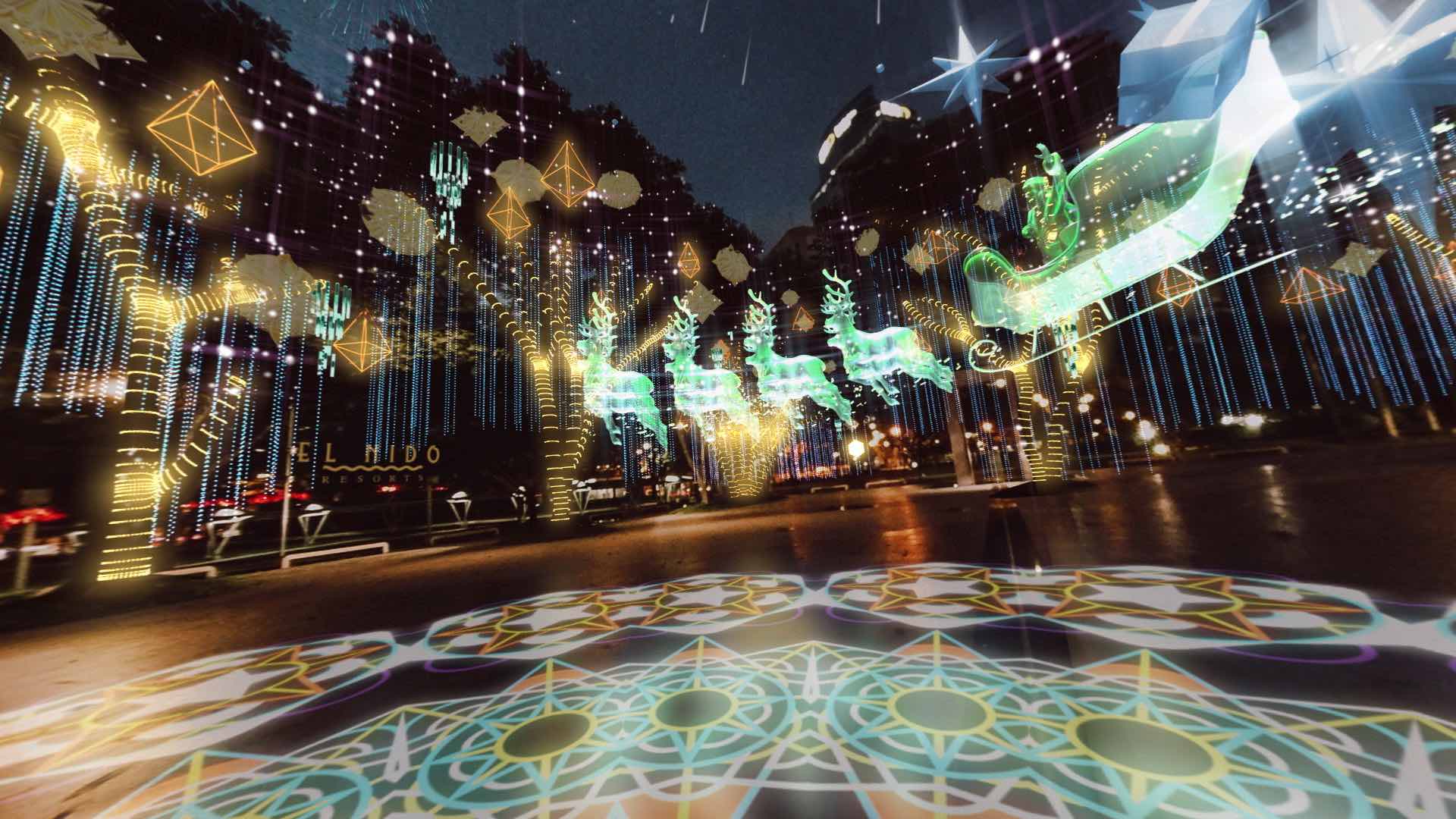 Henares said, “Last year’s light and sound show was really to begin the Christmas spirit in the strangest year we’ve ever experienced. Now that the Festival of Lights is back, it’s so nice that the Lights and Sound Show is also back for Part 1. We have more 3D holographic elements, Christmas elements, Santa going around the garden to make it more festive.” 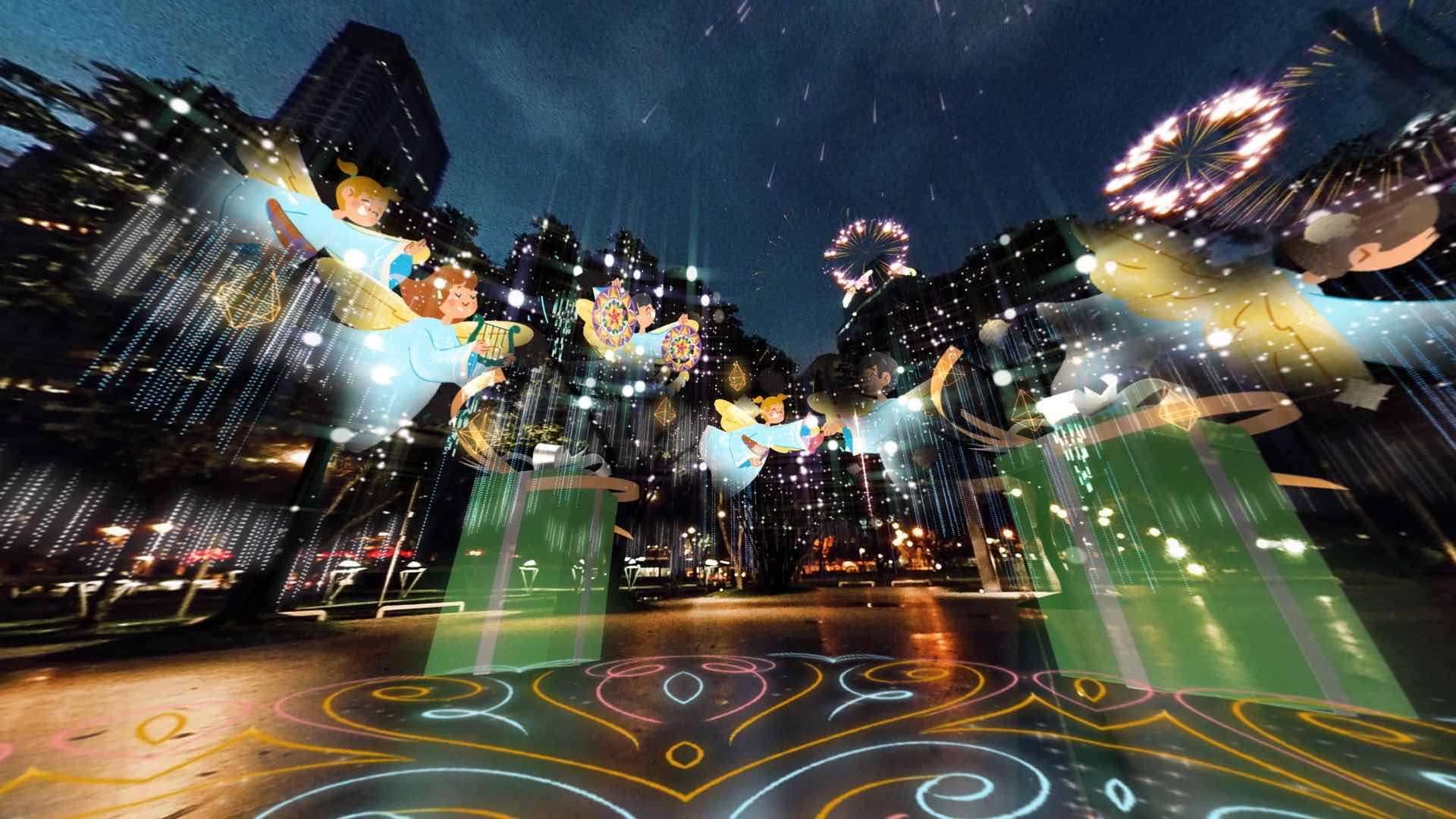 Part 2 will be a Christmas story showcasing the different Filipino traditions using 2D animation. It will feature a medley of Jose Mari Chan’s wonderful Christmas songs to tell the story.

Ayala Land’s Chrissy Roa said, “At the start, Festival of Lights was originally envisioned to serve the Makati community, but over the years it was so well-loved that it became an annual tradition where family and friends reunited and celebrated Christmas together. In this pandemic, we decided to stage it virtually.”

“This year we wanted to bring it back to Ayala Triangle Garden and to have everyone there live. But then we prioritized the safety of people. So we made the virtual edition bigger, grander.” 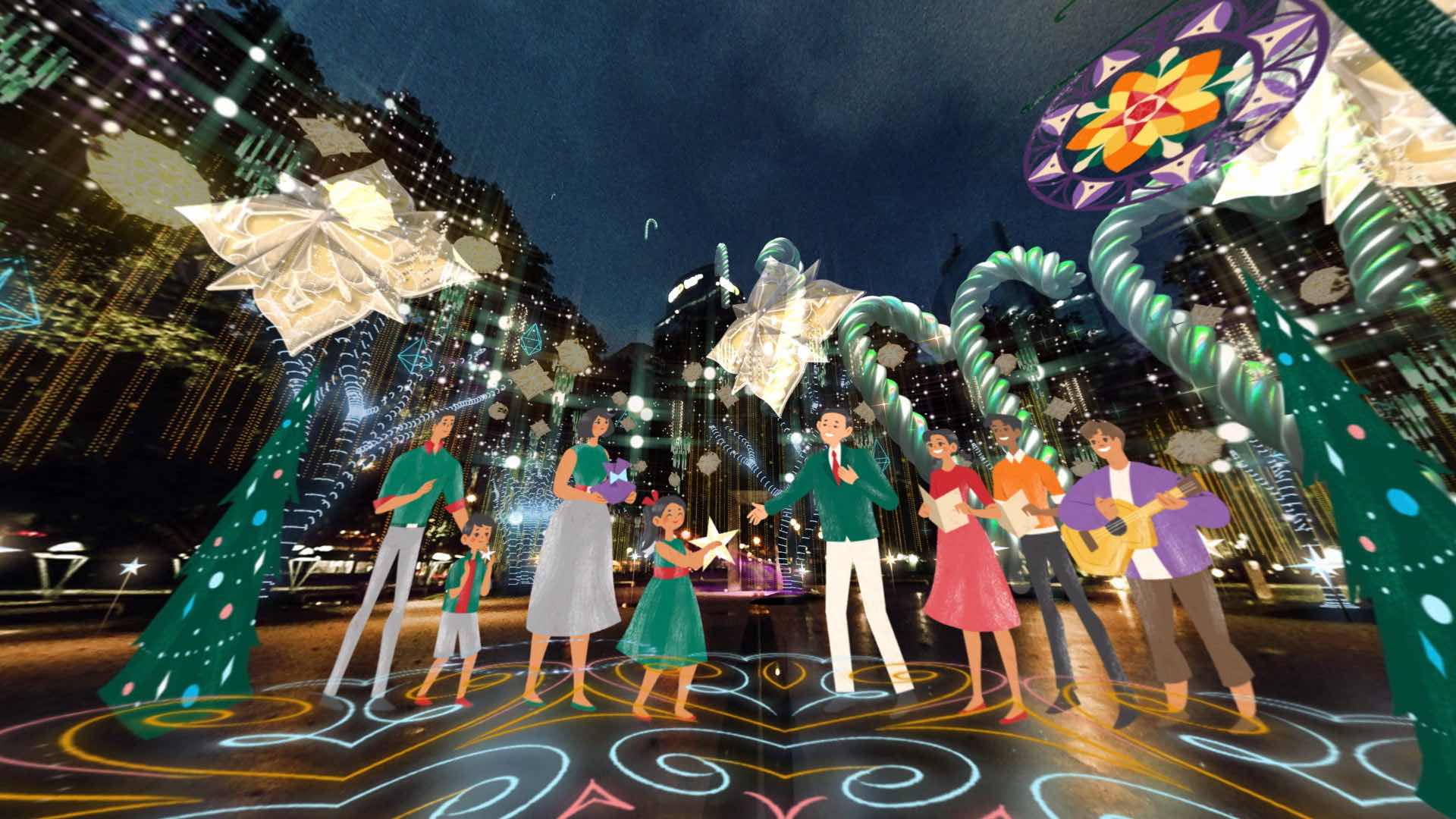 To make the light show accessible to more people, on-ground QR code displays and digital boxes will be placed in areas of the Makati Central Business District and Circuit Makati such as underpasses, walkways, malls, and parks. The access to the light show is made a breeze as this QR code will lead them to the main event—virtually.

Along with the Festival of Lights, augmented reality Instagram filters will also be launched for a complete digital Christmas celebration. Featuring the lights and sound show in the background, the filter transports social media users to the festive Ayala Triangle Gardens. 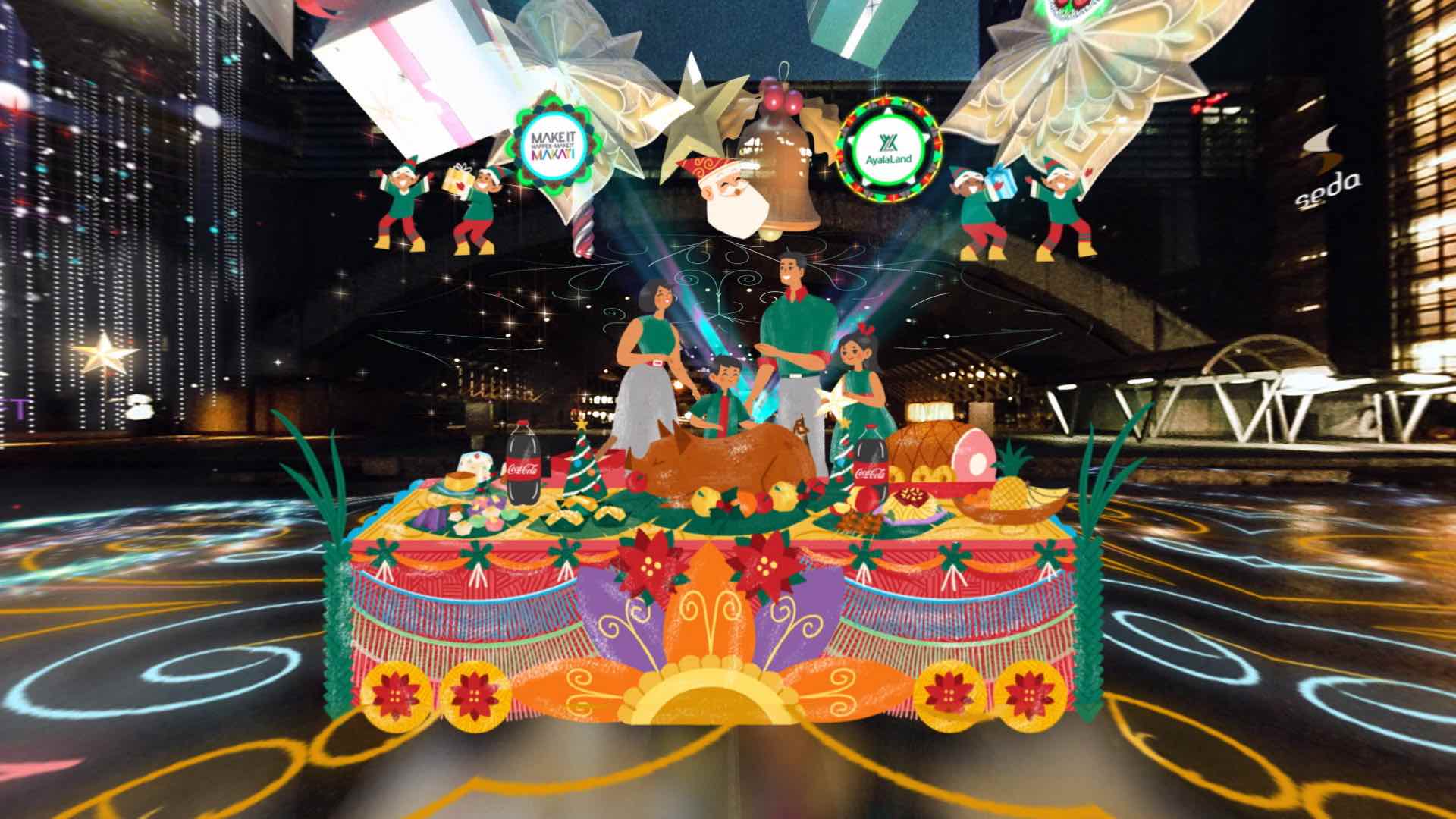 Ayala Land is holding a contest for the best entries that use the filters. From end of November to December, one grand prize winner will receive a 4-day 3-night all-expense-paid trip to El Nido, Palawan for two, inclusive of airfare on AirSwift, free food, and RT-PCT testing.

Ten runner-ups will get Seda Hotels gift certificates for an overnight stay or a free dine-in dinner for two. They can also win four roundtrip airfare tickets from Manila to Boracay.

LIST: Where to get Christmas trees, wreaths, and decorations online