Boseman, who passed away in late August after a four-year battle with colon cancer, played the titular Marvel comic book superhero, Black Panther, in the 2018 movie of the same name. In the upcoming cover pencilled by McFarlane for Spawn #311, the actor is seen wearing Spawn's costume, but with a few enhancements: 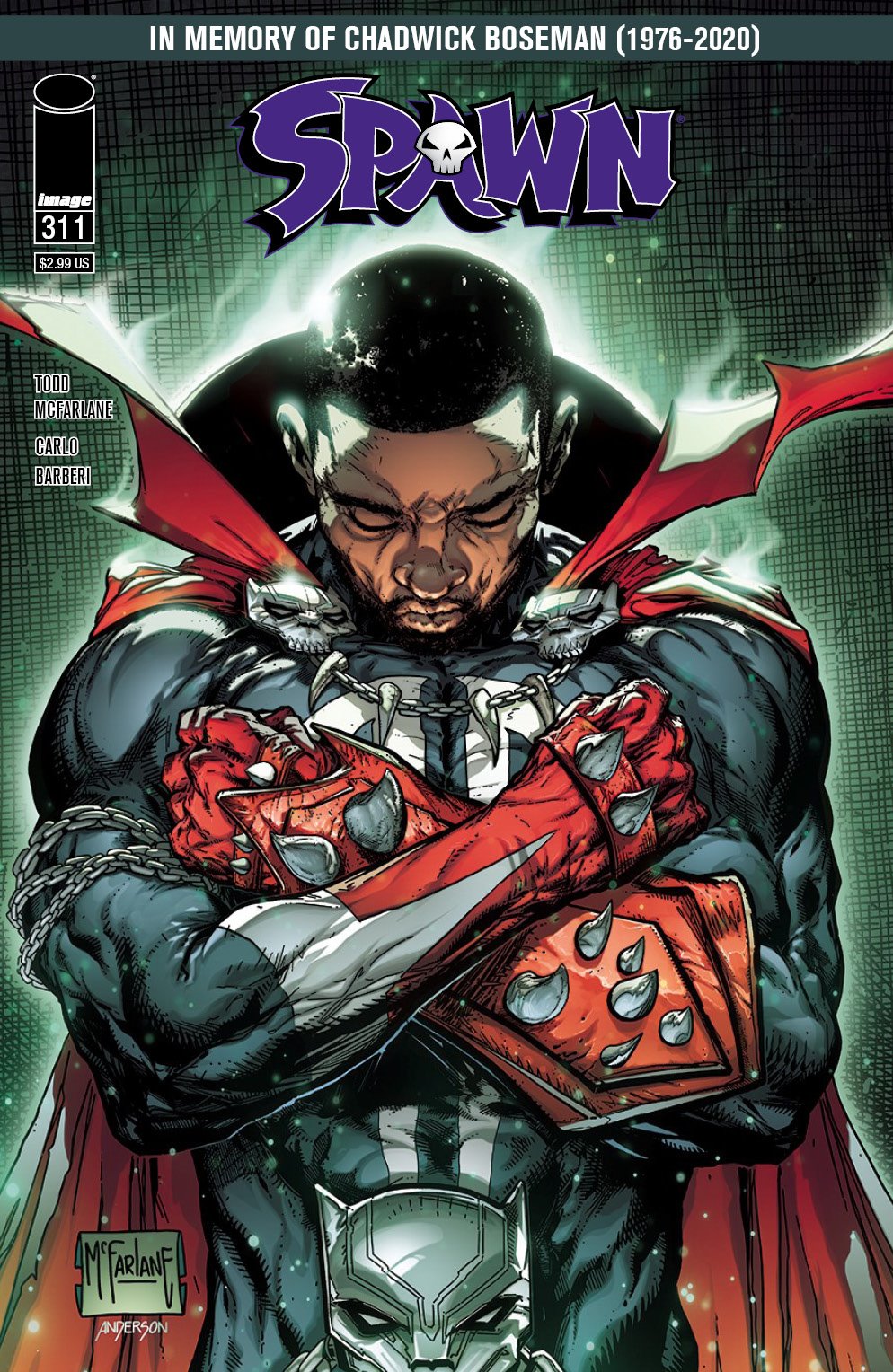 The character's signature skull insignias are replaced with Black Panther-esque heads, and a necklace of big cat tooths has been added to emulate the necklace that King T'Challa – a.k.a. Black Panther – wore. The pose, with both arms clasped to the chest, is also the standard Wakanda greeting which, in American Sign Language, means "love."

Issue #311 of Spawn will be available on Oct. 28. As of this writing, comic book retailers have listed this as cover "B."

On his Facebook post, McFarlane says he found it appropriate for a "well-known" character such as Spawn "to pay tribute to a man who made a lasting impact on helping shape such a strong superhero of color."

Spawn isn't the only publication paying tribute to Boseman this month. Empire magazine tweeted out yesterday that their November 2020 issue featuring the actor is already available on newsstands and to subscribers: 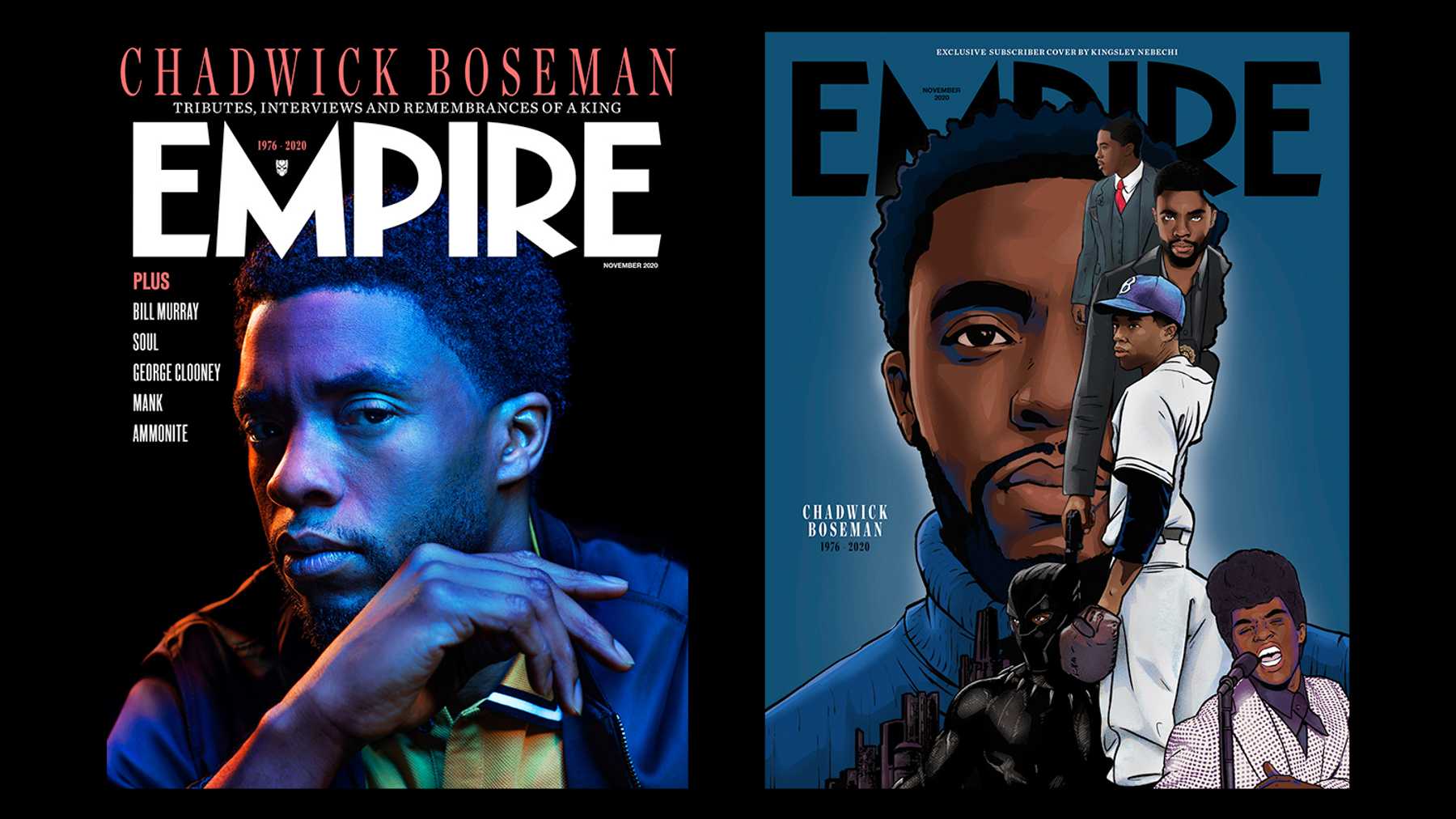 The November 2020 issue of Empire features Chadwick Boseman on a regular cover on the left, and a special subscriber cover on the right.

Empire's tweet reads, "The new issue of Empire, on sale tomorrow, is a tribute to Chadwick Boseman – featuring remembrances from his directors and co-stars, his Empire interviews over the years, and his iconic roles revisited."

The new issue of Empire, on sale tomorrow, is a tribute to Chadwick Boseman – featuring remembrances from his directors and co-stars, his Empire interviews over the years, and his iconic roles revisited. Here's a preview of this month's issue: https://t.co/UhO1J72KPQ pic.twitter.com/7aU39zHyfU