Outgoing Vice President Leni Robredo announced early Tuesday, June 28, that the Angat Buhay NGO would launch through a Street and Art Festival to be held at Volunteer Center in Katipunan, Quezon City this coming weekend.

“We are officially launching Angat Buhay program at our Volunteer Center on July 1, 2022. To celebrate, there will also be a two-day street and art festival, where some of the pink memorabilia and artworks we received during the campaign will be featured,” Robredo said in her Facebook post. 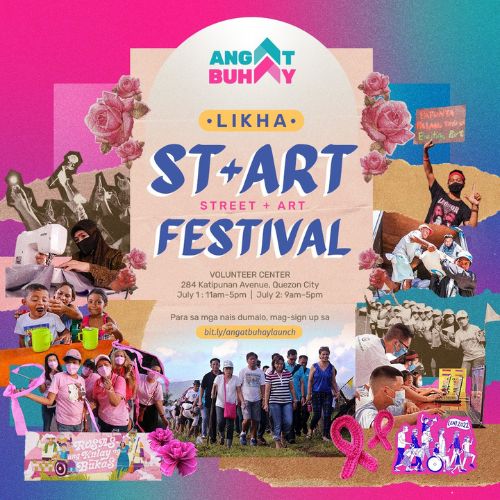 Those who wish to join the launching may sign up here. A live stream link will also be set up on Angat Buhay’s official Facebook page for everyone who won’t be able to attend the event.

The outgoing vice president’s initiative for the launching of Angat Buhay as a non-government organization (NGO) came after Robredo’s spokesperson Barry Gutierrez told One News PH in an interview on Wednesday, June 1, about her plans after she steps down from office on June 30.

The Angat Buhay program began in October 2016 as the contribution of the office of Outgoing Vice President Leni Robredo's fight against poverty by partnering with public and private sectors in addressing the needs of the poorest far-flung communities in the country.