Super Mario Sunshine is a game that has divided many and after playing it, I can say that this is one of the most fun and frustrating platformers I have ever played. By all accounts, it’s a good game that improves a lot from Super Mario 64 but also adds some frustrating elements that get in the way of platforming fun.

Graphically, Mario Sunshine is a huge upgrade from Mario 64. The Nintendo Gamecube was a lot more powerful than people gave it credit for and it resulted in one of the best-looking Mario games at the time. In fact, it still looks good today thanks to the added widescreen from Super Mario 3D All-Stars. Locations are colorful, character models look pretty good, at times it’s hard to believe that this game came out in 2002. 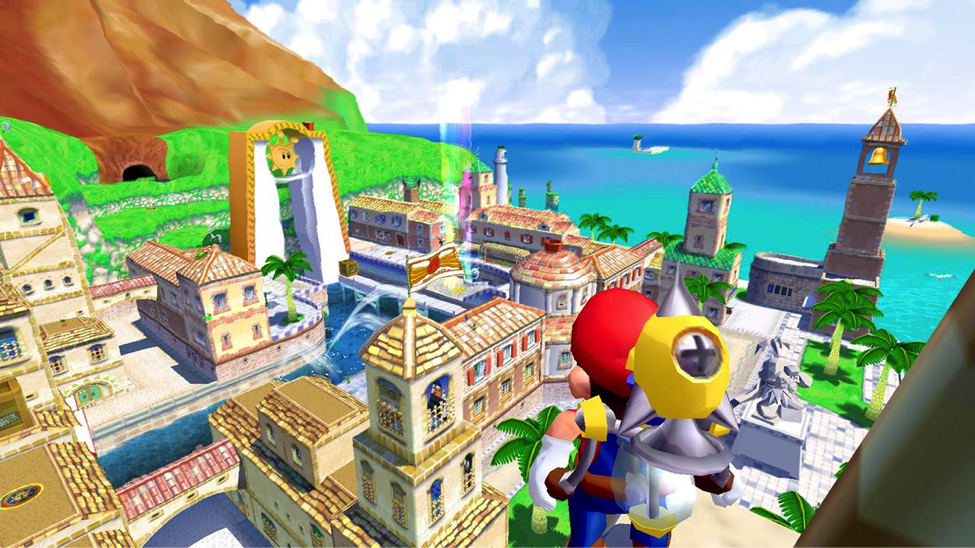 As for the gameplay, Mario Sunshine controls pretty well, for the most part. You can still land those awesome triple jumps that were so fun to do on Mario 64 and the addition of F.L.U.D.D. (Flash Liquidizer Ultra Dousing Device) adds even more fun to the platforming. Whether you’re using the default setup to hover for a few seconds and reach higher platforms or using some of the upgrades to get the game’s Sunsprites – this game’s version of Mario 64’s Stars – Mario is more fun than ever.

Controlling F.L.U.D.D. in these sections can also be a bit frustrating. The R trigger lets you spray water as F.L.U.D.D. while moving and ZR lets you do the same without moving. If you want to hit the weak points of bosses with F.L.U.D.D. you can press the right analog stick to have a more focused perspective to shoot water but moving the targeting reticle is done with the left analog stick, which can be a bit annoying. 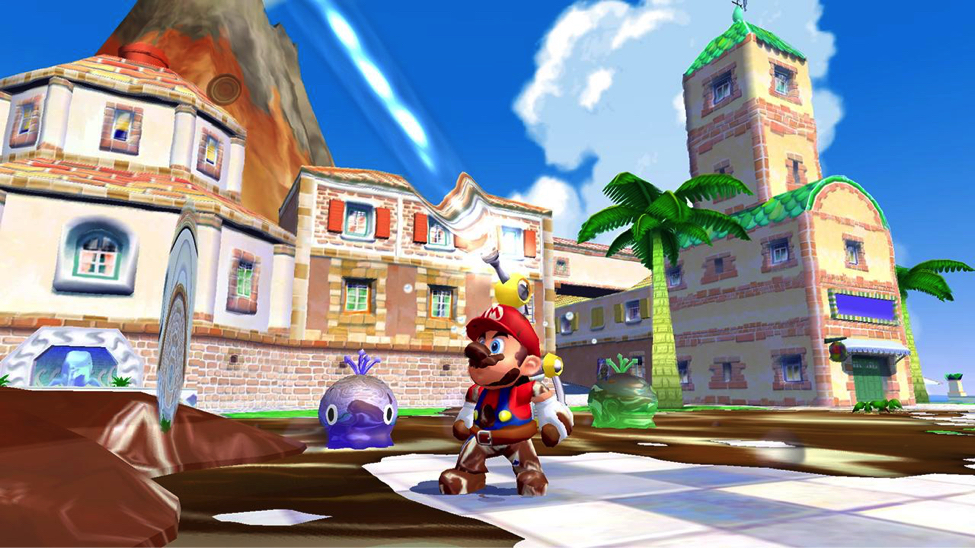 The best thing about Mario Sunshine is that levels are so big, there’s always a good mix of platforming and using F.L.U.D.D. so even with my frustrations earlier, it never lasts too long. Platforming is the game’s biggest highlight and those secret levels where F.L.U.D.D. is taken away from Mario and players are forced to use the character’s default moveset are some of the game’s biggest highlights, which may have inspired the third game in this collection.

Super Mario Sunshine is a true successor to Super Mario 64. Yes, the game has some frustrating gameplay mechanics but it also controls like a dream and has some really fantastic levels amidst all the cleaning up, which can feel relaxing every once in a while. If you hated this game in the Gamecube era or never gave it a chance, consider playing it again with an open mind.