A friend from abroad was asking about Switch games to play and I made the mistake of saying they should play Hades, even though it’s “really hard.”

She declined to get it at the time but has since picked it up and loved the game, because I made the bone-headed decision to focus on the game’s difficulty, rather than its lovely artstyle, charismatic characters, atmospheric music, and top-notch voice acting, all things she would have preferred to hear.

Games known for their difficulty are hard to recommend because some people play video games to relax—and not being able to make progress can feel terrible at times. Dark Souls takes away your experience points when you die, Bayonetta 2 and Devil May Cry V have grade systems that take away points when you fall in battle or use health items, Dead Cells forces you to start from the very beginning when your HP reaches zero.

The main gameplay loop of Hades has players control Zagreus, as he goes through the afterlife battling rooms of enemies and trying to escape this damned place. Zag only starts the game with a sword and a dash but steadily gains access to upgrades, boons from the Olympian Gods, that help him dish out more damage or take more hits from enemies. More weapons also become available, giving Zag a variety of ways to kill more mooks. 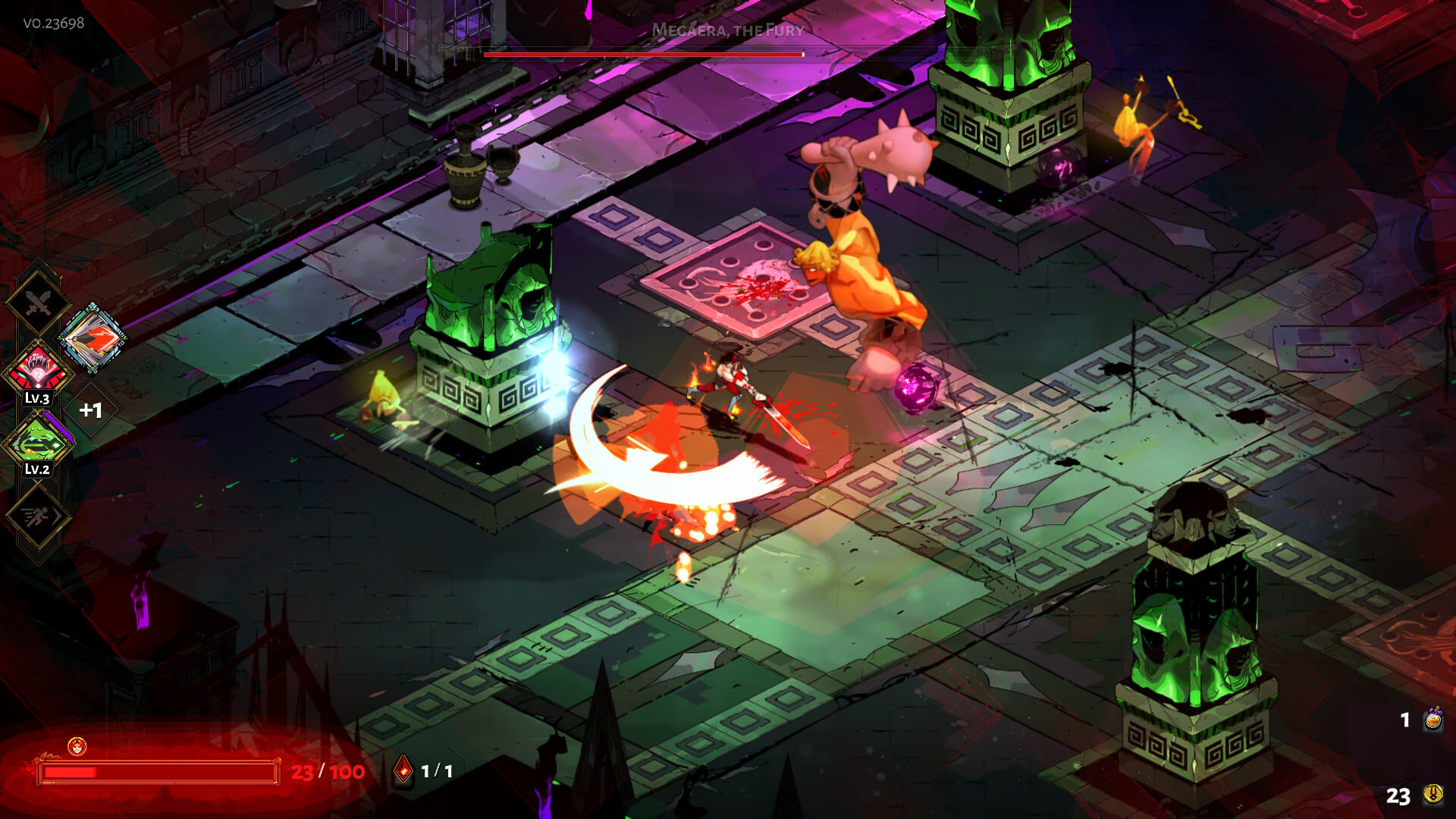 Naturally, you’re expected to die in this game numerous times, whether it's from the progressively stronger foes, some of the traps spread throughout, or the bosses and the ridiculous damage they dish out.

When you die in Hades, you lose all of your gold, the boons that gave you a big advantage in battle, and the centaur hearts that increase your health. That’s a lot to lose and is why the game can be hard to recommend, if you only choose to focus on the gameplay, at least.

You see, Hades uses the structure of a roguelike and manages to make a compelling narrative out of it. The developers at Supergiant Games brilliantly decided to make dying constantly a part of the narrative, as the characters in House Hades comment on the progress Zagreus has made, whether it's belittling comments from Hades himself, words of support from Greek hero Achilles or Goddess of the Night Nyx, or some of the annoying-at-first-but-endearing-later-on one-liners from everyone’s favorite sleepy boy, Hypnos. 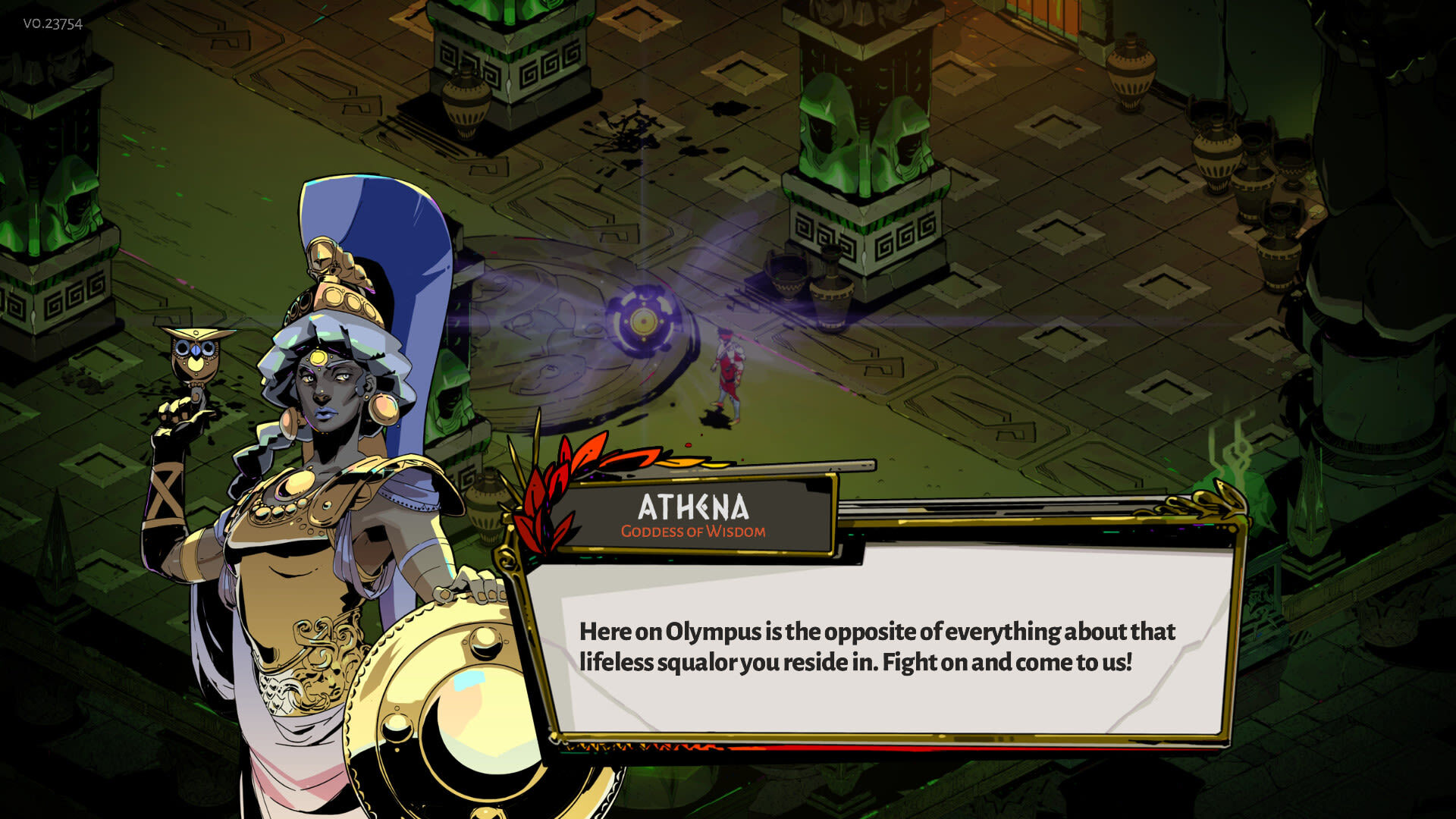 And yes, more conversations with these characters unlock the more you die, so there’s really no need to rush through this game. Hades somehow made death more comforting than most roguelike games and should be praised for that.

It also helps that the characters Zagreus meets during his escape attempts, or in House of Hades, possess enough charisma to make every conversation with them worth listening to.

Aside from the characters mentioned, we also have Megaera of the Furies, who wants to punish you in a good and bad way, Thanatos, who is very insecure about you leaving, Orpheus, who regrets leaving his love behind so much that he can no longer sing, and any of the Olympian Gods, whose personalities have been captured perfectly. 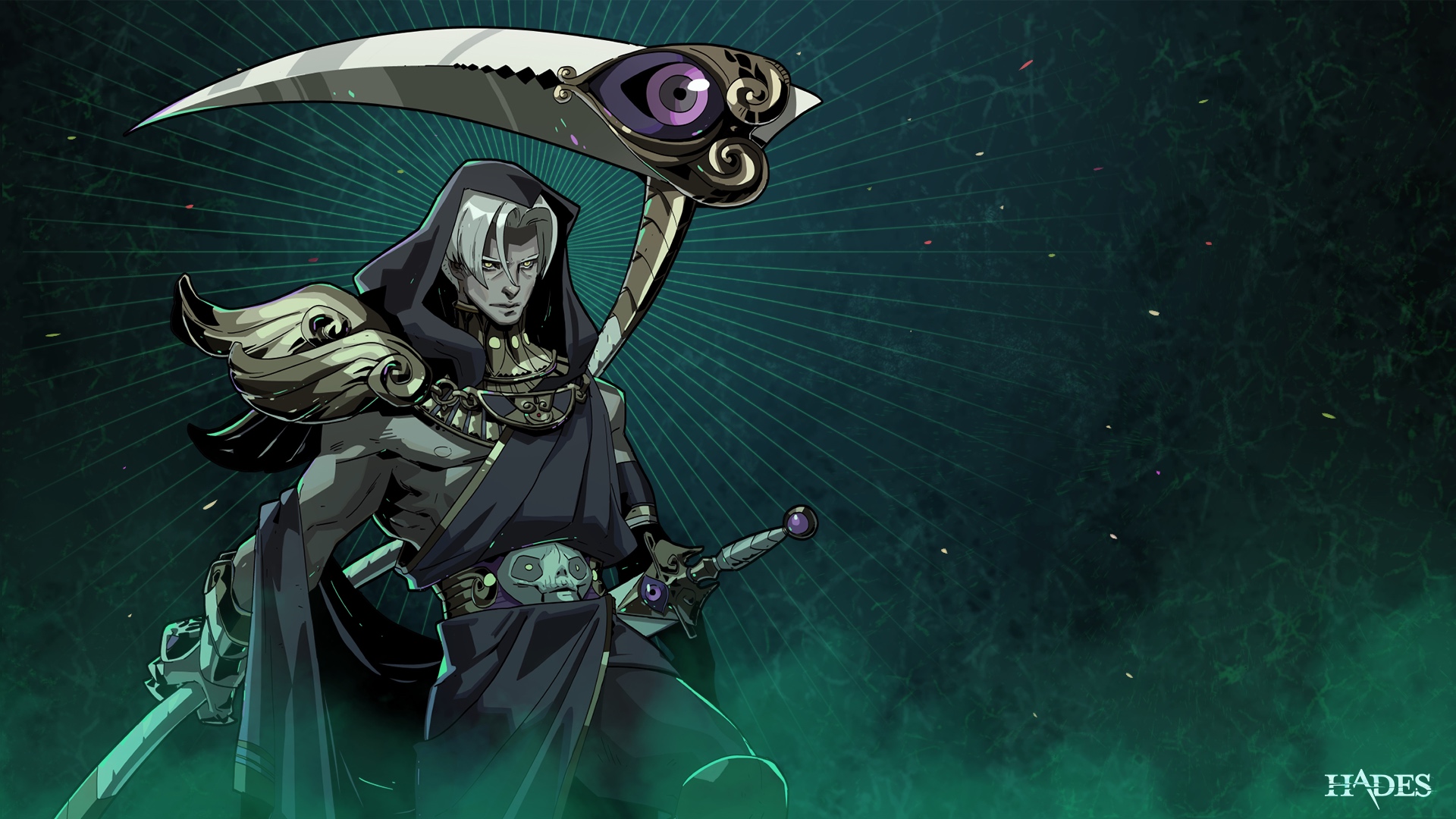 Similar to games like Persona, you can deepen your relationships with these characters, assuming you have a bottle of nectar, of course. Deepening your relationships does have a gameplay benefit, in that they unlock special items that make your attempts a bit easier, but just learning more about these characters feels like a reward in itself. You can even romance Meg and Than, so you don’t have to choose which one, which is pretty brave for an indie game like this.

On that note, I want to go out on a limb here and point out how this game has some of the better LGBTQ representation I’ve seen in recent video games. Zagreus can be as straight as a ruler, gay, or bisexual, depending on who players want him to end up with. The game also puts in the work and does a fantastic job of making players understand the feelings of these characters, so it never feels like some of the cheap “woke” tactics that movie studios are often guilty of. 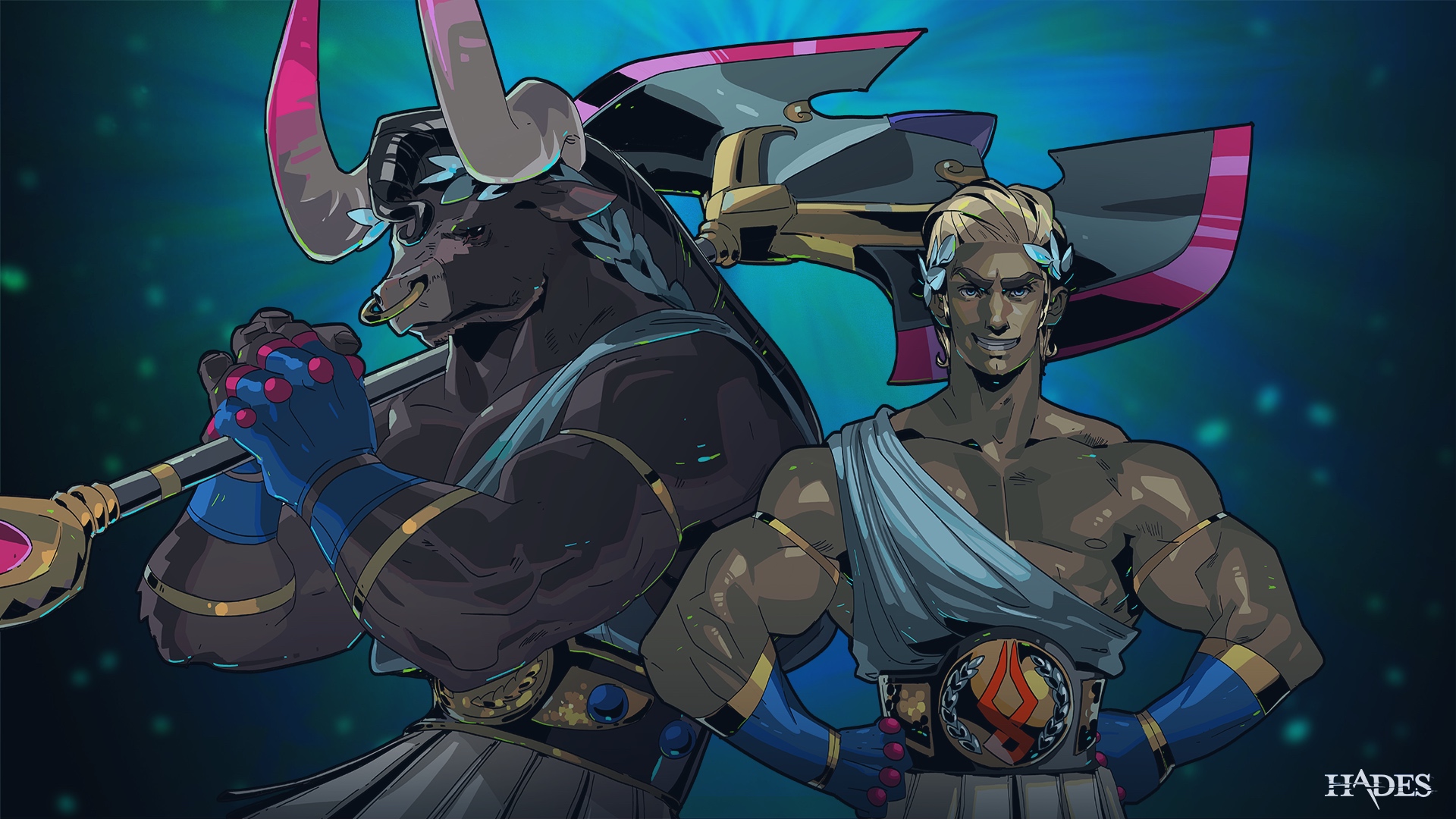 That’s a testament to the writing and voice acting, which is pitch-perfect. Anyone who has played any of Supergiant’s previous games know that they always excel in this area but they’ve outdone themselves with Hades. Unsurprisingly, the music is top-notch and you should give the OST a listen right now. Trust me, you’ll be singing In the Blood for days.

Supergiant’s Hades truly deserves all the praise it’s been getting. There’s just so much to enjoy here, whether it’s the addictive hack-and-slash gameplay, stellar writing, positive representations of people in color and LGBTQ relationships, or eargasmic music. Hades is a masterpiece worthy of the gods and everyone should play it. EVERYONE.

(Review made from the Nintendo Switch version of the game, all images from Supergiant Games)