Almost a year after being the oldest person to go to space, William Shatner or Star Trek's Captain Kirk says that the experience felt like a lonesome "funeral."

In a Variety.com exclusive excerpt from his upcoming autobiography, Boldly Go: Reflections on a Life of Awe and Wonder, the 91-year actor shared the profound experience of visiting space via Jeff Bezos’ Blue Origin space shuttle in October 2021.

During the 10-minute ride aboard the Amazon founder's rocket, Shatner along with a tech mogul and NASA engineers, climbed to the edge of space and took in a breathtaking view of the Earth and felt zero gravity for about three minutes.

"We got out of our harnesses and began to float around," Shatner wrote in the excerpt. "The other folks went straight into somersaults and enjoying all the effects of weightlessness. I wanted no part in that. I wanted, needed to get to the window as quickly as possible to see what was out there."

True enough, the space.com video shows Shatner not playing with zero gravity, but rushing to get a view of the planet from 65.8 miles up in space. 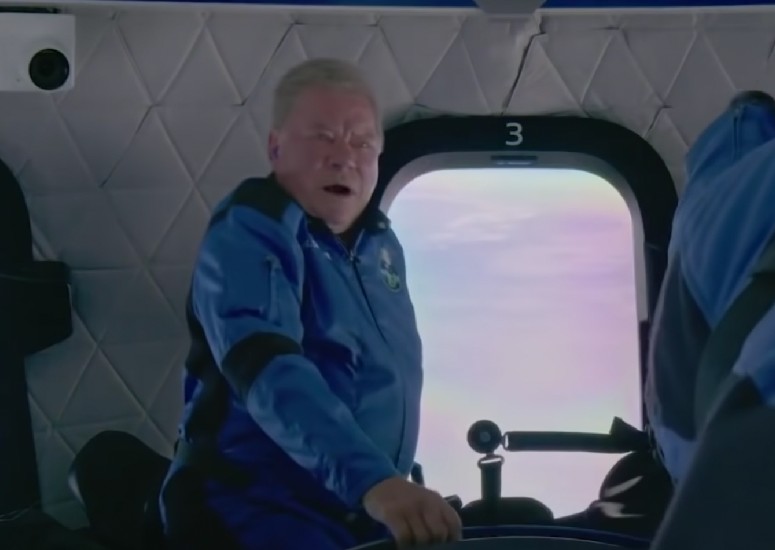 The actor then shared how much he loved space, suffice to say for his iconic role in the Star Trek series, he said that he loved the mystery of the universe, black holes, and other outer space phenomena, but the experience when he got there was entirely different.

"...but when I looked in the opposite direction, into space, there was no mystery, no majestic awe to behold . . . all I saw was death," he wrote.

"I saw a cold, dark, black emptiness. It was unlike any blackness you can see or feel on Earth. It was deep, enveloping, all-encompassing. I turned back toward the light of home. I could see the curvature of the Earth, the beige of the desert, the white of the clouds, and the blue of the sky. It was life. Nurturing, sustaining, life. Mother Earth. Gaia. And I was leaving her."

He went on to dig deeper into one of the "strongest feelings of grief" he had experienced, seeing how Earth was from afar.

"The contrast between the vicious coldness of space and the warm nurturing of Earth below filled me with overwhelming sadness... It filled me with dread. My trip to space was supposed to be a celebration; instead, it felt like a funeral."

Got P23 million to spare? You can now book a seat for a Virgin Galactic flight to space

Although chilling, Shatner said that the feeling isn't uncommon among astronauts and those who have had the experience of leaving the Earth.  Known as the "Overview Effect," the phenomenon is a "cognitive shift in consciousness" that switches people to protection mode when seeing our Tiny Blue Dot.

"It reinforced tenfold my own view on the power of our beautiful, mysterious collective human entanglement, and eventually, it returned a feeling of hope to my heart. In this insignificance we share, we have one gift that other species perhaps do not: we are aware—not only of our insignificance, but the grandeur around us that makes us insignificant," Shatner shared of the life-changing experience.

"That allows us perhaps a chance to rededicate ourselves to our planet, to each other, to life and love all around us. If we seize that chance," the fictional Star Trek traveler-turned-real life-cosmonaut concluded.

'Welcome to my hell': Netflix releases teaser trailer for 'The Glory' Part 2