An affliction dubbed “upgraditis,” or the never-ending quest to upgrade your bicycle, has been known to hit both new and seasoned cyclists alike.

The physical and mental health benefits derived from riding bicycles are enormous. The environment benefits through less pollution as well. The headache, however, starts when we tread the endless cycle of expensive upgrades, a spiral that can ruin one’s bank account and personal relationships.

It’s this obsession for upgrades that’s causing shortages of bikes and spare parts in the country and abroad, worsened by disruptions in global trade. Before COVID-19, anyone can walk into any bicycle shop and come home with a new bicycle. Not anymore. People now take several months to assemble bicycles, with some parts sourced from abroad. Others are obliged to pay outrageous prices.

How does one get upgraditis? Many of us beginners usually go to bike shops and take whatever is available. “It’s just for exercise,” we say. We ride it for a few days and suffer sore butts. So we thought of buying a “better” saddle. Our hands get numb, and we scour the internet for the better handlebar. Before you know it, t’s the start of the “disease.”

Once a person is hooked on cycling, he suddenly finds himself searching for the better crank set, the better cassette, the better brake set, the better seat post. He starts to ride with friends and feels he needs lighter framesets for speed. Should it be titanium or carbon fiber? Once a cyclist starts obsessing about these things, upgraditis has totally set in.

There’s one bike for road rides, one for mountain trails, another for gravel, one for commutes, one for loaded cycle touring, one for bikepacking, and a fat bike for the roughest terrain and the list goes on. I heard some cyclists who are so into N+1 that they rent warehouses to store their bicycles, sans their spouses’ knowledge of course.

Overall diagnoses: there’s no vaccine for upgraditis but it can be moderated. One need not break the bank and shatter peace in the family to enjoy this passion. How? 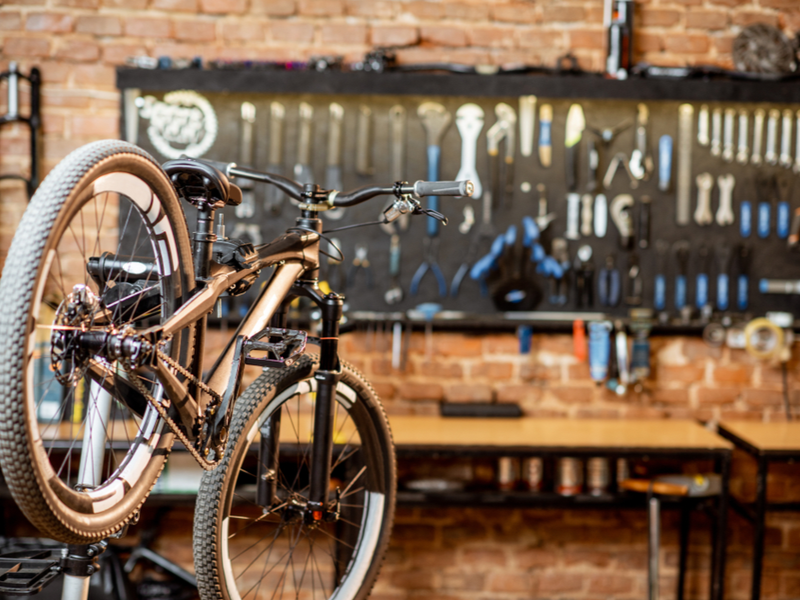 Know what you want

The first bike you buy can set you on the irreversible path to upgraditis. I bought my first bike, a folding bike, without much thinking years ago. It was supposedly for rides around the barangay, for exercise. In just a week I was riding around Cavite, Laguna, and Quezon provinces. I upgraded it to be more capable for riding up the hills but still proved inadequate. So I got a new steel touring bike which, I learned later, was setup for rides off-road. It felt slow on pavement, so I bought a new set of wider rims and narrower tires for quicker rides on roads and gravel and powered it with a new group set.

You fancy speed and the look of Tour de France riders? Get a road bike – those “racer” bicycles with very thin tires. You want to ride roads and occasionally gravel paths, get a gravel bike (usually with 38-47 mm tires).

Do you see yourself shredding the trails on mountain sides? Get a mountain bike – those with two-inch tires or wider, some with suspension. You can use the same bike for bike-and-camp (“bikepacking”) at some point.

If you want an all-around bicycle – for commutes, hauling vegetables, coffee at the corner café, traveling to other cities, or tracing Marco Polo’s journey on the Silk Road – get a touring bike. It’s bombproof and has the eyelets for racks, bags, water bottles, and repair kits. Touring bikes are beasts of burden that guarantee comfort and stability for all day riding.

Long story short, look deeply into your soul, know what you want, get a spreadsheet, and plan the details, including the costs. Be deliberate from the start so that you don’t have to spend for upgrades later. Building a bicycle by increments is a trap.

Not all sore points on the bikes need upgrades

In many cases, the reasons for all the saddle pains are not with the saddle per se. It can be due to bad bicycle fit. Wrong bike size, too short or too long stem, wrong saddle and handlebar levels – all these guarantee pain. The cheap saddle or the cheap bicycle will do just fine if its properly dialed into one’s riding style. Learn the principles of bike fit as much as you can, tweak the setup from time to time until you hit the sweetest, most comfortable spot.

Cyclists are better off spending money more on experiences and memories, and less on expensive bicycles and accessories.

Be wary of marketing hypes

These days, “gravel bikes” (those drop bar bikes with 40-47 mm tires and slightly longer chain stay) are all the rage, even here in the Philippines.

In truth, there aren't that many gravel roads in the Philippines for these bicycles, except in a few remote, rural areas. We do have some hilly, muddy terrain and some manicured tracks that are great for mountain and trail bikes but not ideal for gravel bikes. We buy gravel bikes just the same and show them off to friends on paved road rides. We buy them because it’s the newest thing shown on “bikepacking” websites.

No shame in buying second-hand

There’s a thriving market for second-hand items: frames, drive trains, wheels, bags, you name it. They are usually sold 20-50 percent cheaper than brand new. If you have the patience to scour social media pages for these items, you will see a lot of gems.

When traveling long distances, a cyclist spends more time on the road, learning more about new places and their peoples, creating beautiful and vivid memories. A cyclist uses his or her own energy for mobility, making every trip a feat of great accomplishment. One doesn’t feel that way when speeding up on motorized vehicles over a blurry landscape.

Cyclists are better off spending money more on these experiences and memories, and less on expensive bicycles and accessories.

#LetsTalkAboutCycling: 6 things every new cyclist must know before hopping on a bike

Dave Llorito is a former economic journalist and researcher who now works for an international development agency. He usually spends his weekends, holidays, and vacation time either hiking mountains or riding bicycles around the country’s beautiful islands.

'EZ' money from online lending apps for the holidays? Not exactly