On the early afternoon of one largely forgotten summer day, I woke up to the screams of my eldest daughter, which came with a horrifying mental vision of blood.

No, I wasn’t staring at a crime scene. It was my 12-year-old daughter’s initiation into the world of womanhood: her first menstruation.

I wish I could say that as a single father who moonlighted also as a mom for the last year or so, I got this all in the bag. But no. I was as much in the dark as a newborn star plunging headlong into a huge black hole. While I was not the type who’d panic so easily, past a certain age, even perennial bad boys like me get the jitters.

“Papa! I’m bleeding all over,” she hollered at the top of her lungs. “I need a feminine napkin. Get the one with wings! Now!” Her screams came off like a shower of pots and pans squirming its way through cracks on the bathroom door.

That was my first WTF moment. With wings? After having given up television for the more rip-roaring world of banned books and triple-shot bourbons, my idea of “wings” was the image of spicy buffalo wings one can order at Mando’s Wingshack.

Normally, I would crack a joke to ease the weight of this swashbuckling awkward moment. But knowing my eldest daughter’s humongous temper (I wonder who she gets it from), I clipped my tongue. “You have a specific brand in mind?” I hollered back from behind the door. 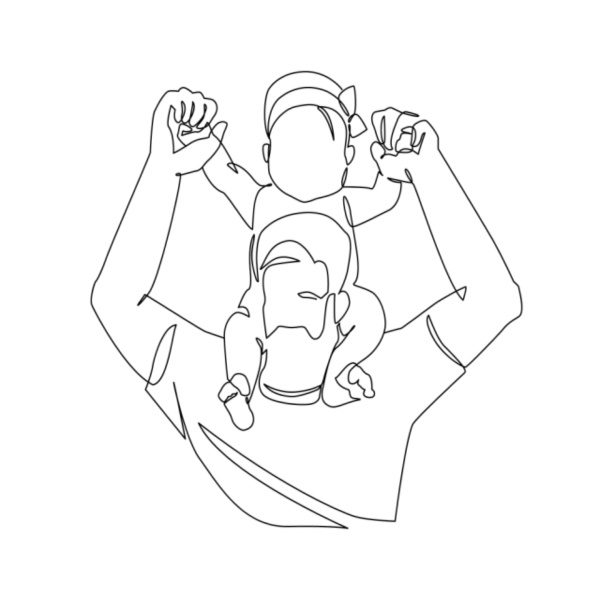 Armed with a brand name, I rushed on foot to the nearby store to make one of the most important purchases of my fatherly life. The saleslady didn’t even hide her nosiness at the sight of a middle-aged man scurrying to buy a feminine napkin. “For the wife, I suppose?” she asked. “No,” I grinned back, “It’s for my pet dachshund, Penelope. She’s a big girl now.” Yes, I can be a prick when nervous.

The long and short of it is that my daughter, Rei, emerged from the bathroom smelling like roses. As she related her experience complete with damsel giggles (probably brought on by the prospect of having boyfriends soon), my Batangueño brain was busy scouring my mental Google map image of the black market for a Bushmaster ACR 3 automatic rifle with 10 extra clips, explosive tips, and a night scope. I thought, soon enough hot-blooded males would be knocking on my door to get a glimpse of their “catch”.

Pinoy dads are so protective of their daughters. Here’s how to win them over—in their own words

Catch, huh. I was all for it, as long as they can catch the bullet with your teeth.

Single fatherhood complete with a dash of motherliness isn’t easy. It takes honest-to-goodness guts to leap from being a househusband to house queen. I worked daily as a freelance writer to provide for my first two kids – isang sulat, isang tuka – only to arrive home sometime eight in the evening to mince garlic for the adobo, and haul all the dirty laundry into the washing machine. This I did while intermittently punching in a line or two for an article whose deadline was looming. Late nights saw me reading them a poem or two from Ezra Pound’s Cantos or Elsa Martinez Coscolluela’s Katipunera. The fun part was when I hauled their little butts to the wet market so they could get spit on by live scallops. A cast of live baby crabs scare the pants out of ‘em.

Life, of course, has little choice but to take a turn for the worse. As my daughter and I were watching a show on primetime television one night – yes, primetime – an advertisement grabbed my attention. It seemed innocent at first, as all cartoons ought to be thought of as innocent. Until I noticed that it was an animated commercial for condoms. “Papa, look! I want that!” my daughter, who just had her menstruation, hollered with glee.

No father can be a successful father if he fails to foresee the future of his children, one relatively different from his own.

I was caught so off guard that leaping to block the TV screen was the only sage thing to do. That didn’t sit well with my daughter. The sudden barrage of questions was no less alarming. I had no choice but to explain to her the machinations behind the birds and the bees. Minus the hydrocortisone cream one needs after getting stung.

Sex. Such a bloodcurdling word for fathers. I’ve once explained to her, with hardly any trouble, the rigmaroles of the solar system and the mysteries behind planetary alignments, evolutionary and molecular genetics, why the Fibonacci Sequence is God’s imprint on life, and why I believe some presidents who refuse to pay their taxes are actually predatory reptilian aliens from another star system.

But sex? How does one do that without mistaking foreplay, the exchange of fluids, and all that humping and pumping as another serial killer documentary on Netflix? The one who coined sex as “talk of the birds and the bees” must’ve been an amoeba.

Thanks to a rich vocabulary and decades of reading the best erotica, I got out of that disaster movie whole and intact. I learned that talk of sex wasn’t as difficult and mind-boggling as it was touted to be. Suffice it that metaphors and polysyllabic words work nicely when taking kids to a tour of the unspeakable. Just make sure to buy them the 120,000-definition Oxford Dictionary of Current English by the time they reach 21. By then, they’d be more than prepared to watch the serial killer documentaries on Netflix. 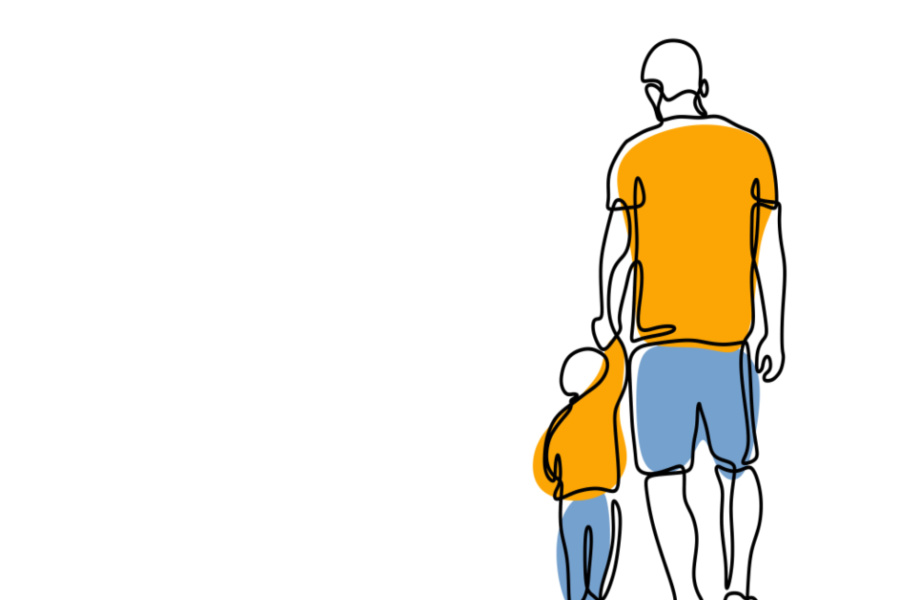 Today, my daughter is all grown up, married for the last three years and a happy mother to my grandson, Trevor. Like me, she took on the unhappy job of being a writer despite her talent for the visual arts. She’s nonetheless her own person, a parent dedicated to her child as parents ought to be.

There is one thing certain about fathers who’d give their all to their children (mothers included), no matter the cost: they are second to none.

No father can be a successful father if he fails to foresee the future of his children, one relatively different from his own. In order to prepare for what’s to come, fathers must both be seer and prophet, sage and oracle. More so when, as a single father, you’re simultaneously moonlighting as a matriarch of the home. Summoning your motherly instincts is not only crucial but necessary, despite your testosterone’s uncanny craving for the annual World Cup.

To end, fathers are more than just the sum of their imperfect parts. He will fail at some point, maybe even go out of his way to make a damn fool of himself (as I have in more ways than I would like to admit). Not all fathers are good. Some deserve to be hung on the gallows after weeks of torture in a vat filled with boiling vinegar and ancient piranhas.

But there is one thing certain about fathers who’d give their all to their children (mothers included), no matter the cost: they are second to none.

LOOK: 13 celebrities pay touching tributes to their dads and husbands