China has just launched what is dubbed as the world’s first “vaccine passport,” a document that proves one has already received the COVID-19 jab.

Their “vaccine passport”—officially called the International Health Certificate—is a health certificate program for travelers in China.

One may have the vaccine passport after receiving the COVID-19 vaccine. The program was launched on Monday, March 8.

The certificate, available both in digital and formats, will contain data about the holder’s vaccination status, including the vaccine’s manufacturer and type. It will also contain information about the holder’s serum antibody test results. 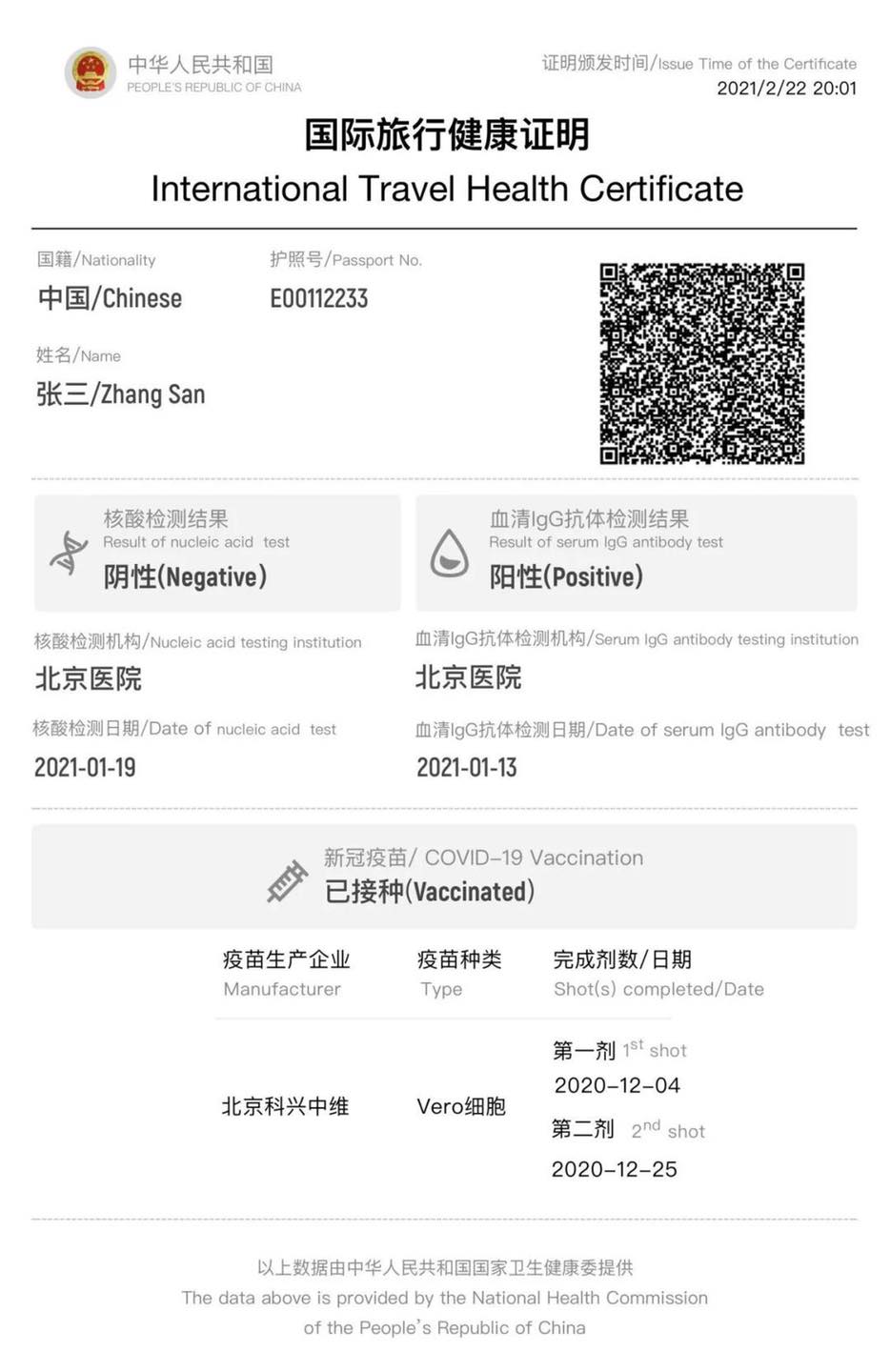 According to China media agency Xinhua, the certificate includes an encrypted QR code that will allow other countries to obtain the health information of the Chinese traveler with the vaccine passport. QR codes have already been in use in China even before the launch of the virus passport, for both locals and foreigners flying in the country.

China’s International Health Certificate is not yet mandatory and will only be available for use by Chinese citizens.

As the country's COVID-19 vaccination finally gets going, what's next?

However, in a Facebook post on Tuesday, March 9, Chinese Ambassador to the Philippines Huang Xilian said that China is “ready to discuss with other countries, including the Philippines, on establishing mutual recognition mechanisms for health certificates to facilitate the issuance of visas.”

“It will make cross-border travel much easier and contribute to the healthy, safe and orderly people-to-people exchanges,” Xilian said.

Xillian added that China will also launch its version of the electronic health certificate for international travelers, saying that the world economy “needs to be restarted and people-to-people exchanges resumed with no more delays.”

Ranks of jobless Filipinos swell in Jan. 2021, but situation slightly differs per gender

Countries such as the United States, the United Kingdom, and Denmark, among others, have been reported in the past week to be eyeing the feasibility of requiring vaccine passports for travelers.

Last month, it was also reported that the Philippine Senate is deliberating the issuance of vaccine passports as proof that an individual has been inoculated against COVID-19 and as a requirement for travel.