The number of jobless Filipinos increased in January from a year ago, even as the employment situation continued to reflect gender disparities.

The preliminary results of the January 2021 Labor Force Survey of the Philippine Statistics Authority showed that the labor force participation rate—the proportion of the working-age population that is looking for work or currently working— remains higher for men than for women.

3.8 million Filipinos are unemployed—here are apps that can help you find a job in the ‘new normal’

The unemployment and underemployment rates for men stood at 8.7% and 17.6%, respectively. 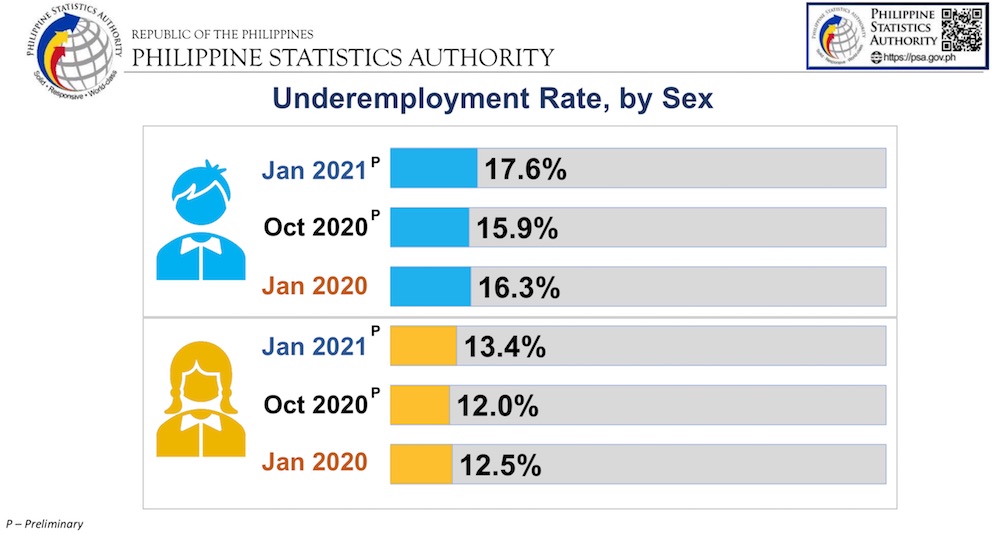 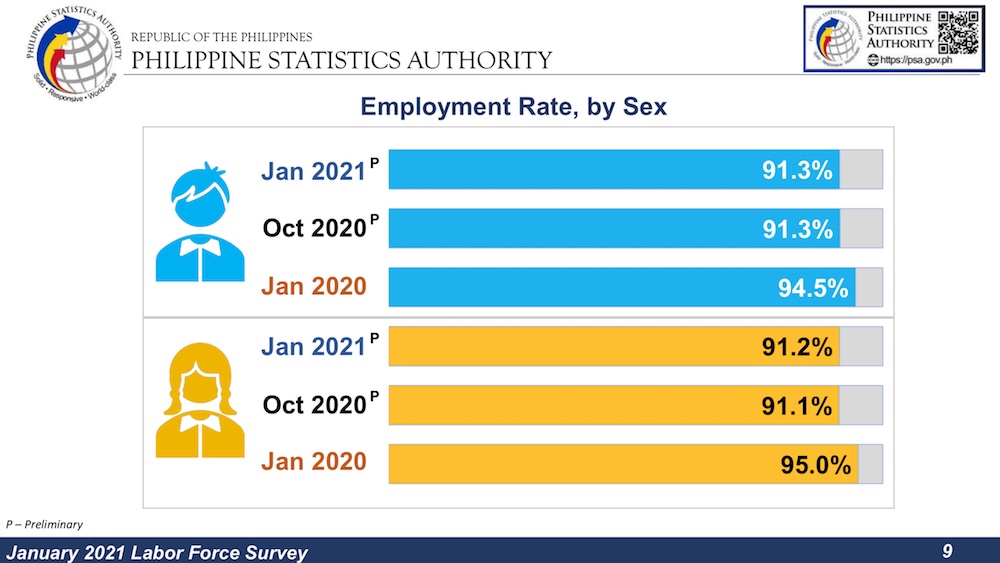 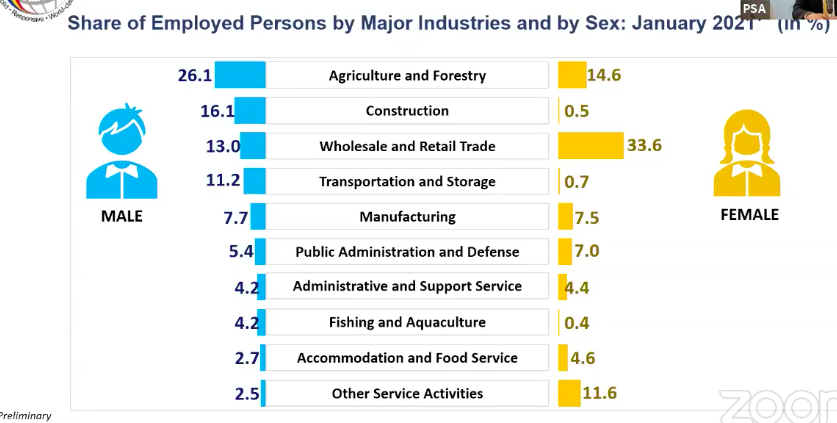 The majority of the women working in January 2021 were employed in the wholesale and retail industry at 33.6 percent, while 26.1 percent of the employed men worked in the agriculture and forestry industry. 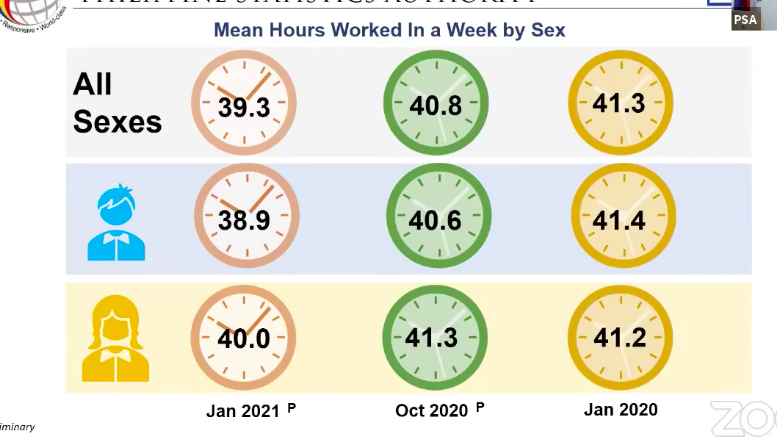 According to the Philippine Statistics Authority, 45.2 million people are currently part of the country’s labor force.

This means around 41 million out of the 45.2 million Filipinos in the labor force were employed in January 2021.

In the same period, 6.6 million people were underemployed.

Here’s one way you can make money—$2,000 to be exact—while you literally sleep

The PSA said this reflects “the effect of the various community quarantine restrictions, business closures and physical distancing measures that were put in place in the Philippines starting March 2020 amid the pandemic.”

During the PSA press conference today, Usec. Mapa noted the gradual opening of the economy certainly helps in allowing more people to participate in the labor force.

While the unemployment rate in October 2020 and January 2021 are the same, January 2021’s 73.9% labor participation rate is slightly higher compared to October 2020’s 72.3 percent. This means that more people joined, or showed, intent to join the country’s workforce.

No lies here: 'Gaslighting' is Merriam-Webster's 2022 Word of the Year

French man wins legal right to not be 'fun' at work