Filipinos, like the Chinese, mark celebrations and joyous occasions with good food and family gatherings. The relationships Pinoys have mostly center around the dining table with conversations, stories and laughter.

Growing up, I had the good fortune of experiencing the best of both worlds – attending Pinoy fiestas and enjoying the fabulous Chinese lauriat (8 to 12 course) lunches and dinners.

Dishes I’ve enjoyed in both celebrations are somewhat intertwined. Somehow, there is a thin line that distinguishes Pinoy and Chinese cuisines.

Which leads me to my question, how much of the dishes Pinoys enjoy are of Chinese influence?

In our country’s history books, there were evidence of barter between native Filipinos and Chinese merchants or traders way before the Spaniards set foot in our country.

This very Pinoy dish that is very much a staple in Pinoy celebrations is yes, of Chinese origin too.

So it is safe to say, aside from the obvious Spanish influence in our culture and tradition, I find Chinese influence equals that of some 400 years of Spanish presence in the Philippines.

Since Chinese New Year is just around the corner, I want to delve into some celebratory cuisines enjoyed in the Philippines.

Our fiesta favorites like lumpia or Chinese eggroll, which is from an ancient Chinese technique of serving meat/vegetable in edible wraps, finds itself in different variations in modern Philippine cuisine.

The Pinoy version, the lumpiang shanghai, is a meat filled wrap that’s deep fried. We also have the lumpiang sariwa or lumpiang ubod, a simpler version of what my ama (or lola in Chinese), Marcela Yap Sim makes during Chinese New Year when she was still with us. Preparation for this fresh Amoy lumpia (Amoy is now Xiamen, a Chinese City in Fujian Province) takes a day or two. The components of this dish are finely shredded assortment of vegetables, shrimps or ground meat sautéed individually and then simmered together. 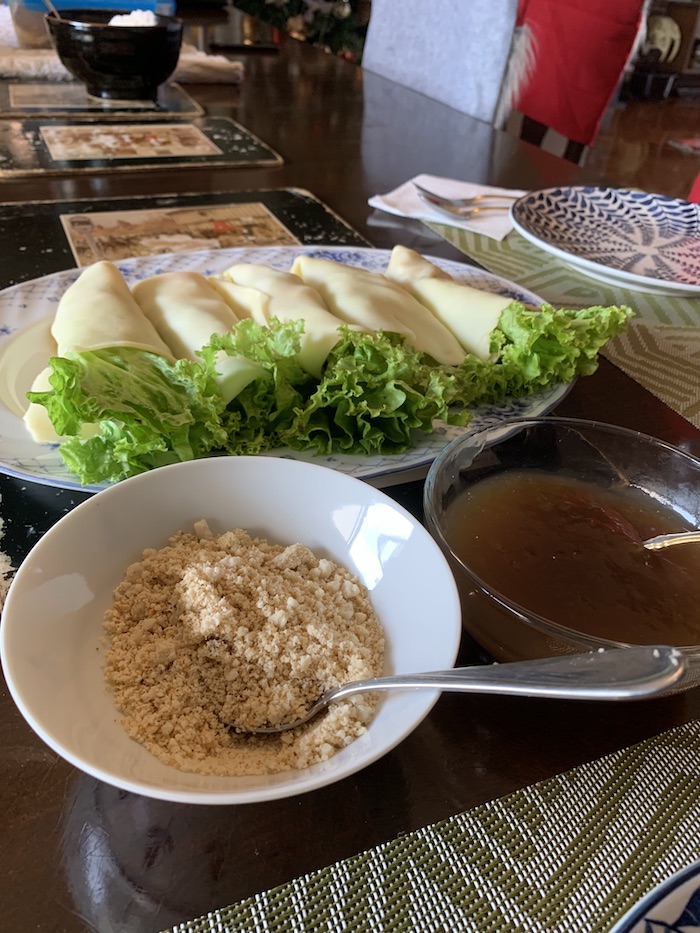 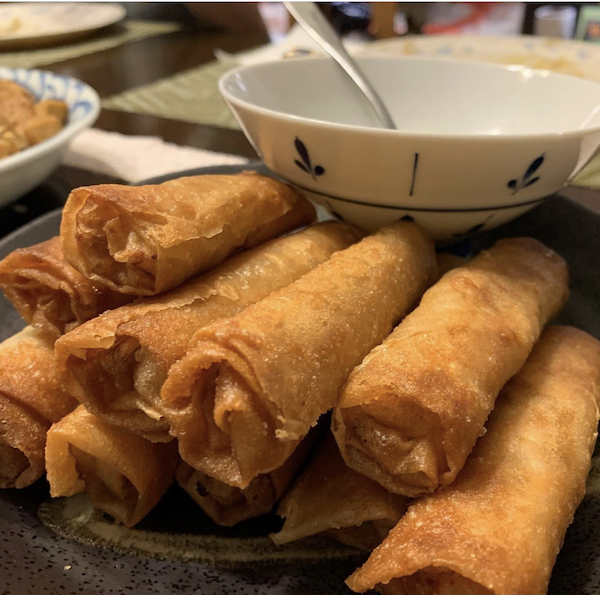 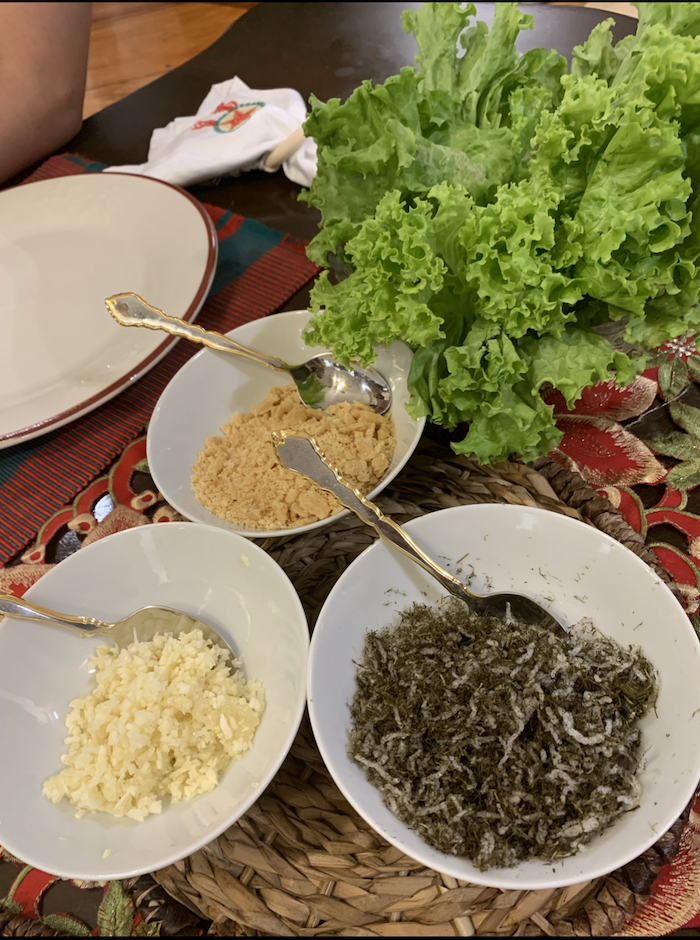 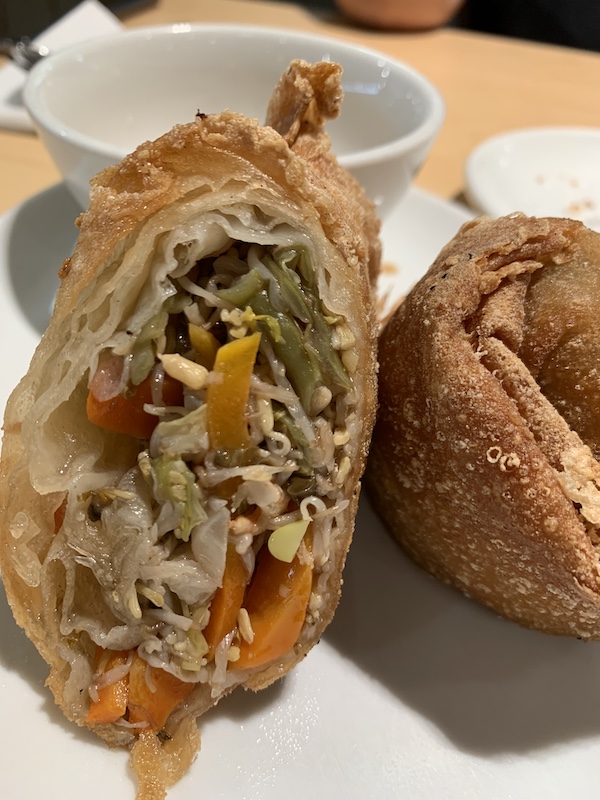 Soy sauce and other soya bean by products like tofu or tokwa is of Chinese origin too. A pulutan favorite, the tokwa’t baboy makes use of both tofu and soy sauce.

Angeles City is where you can find Mila’s Tokwa’t Baboy. Just like Aling Lucing’s sisig, this hole in the wall restaurant serves a must try tokwa’t baboy.

A merienda favorite or sometimes a meal in itself, the pancit or noodles is every inch of Chinese origin.

In Chinese lauriat sequence, noodles is served just before dessert. This is to make sure guests are full after the feast in case they are not yet satisfied with the earlier dishes.

Historically, noodles was the food staple of Chinese travelers and seafarers in the olden times. Pancit, in Hokkien Chinese piān-ê-si̍t meaning something conveniently cooked, maintained it’s footing in the Pinoy’s choice of dietary wants.

Today, pancit is not only limited to stir fried veggies, meat and noodles. Now we have pancit luglog, lomi, maki mi, La Paz bachoy and mami (“ma” in Chinese is meat and “mi” is noodles).

It may come as a surprise to many but this very Pinoy dish that is very much a staple in Pinoy celebrations, the lechon or suckling pig to the Chinese is yes, of Chinese origin too.

While others may argue this dish may be of Spanish origin, one may rebut about Chinese civilization’s existence years and years before other civilizations came about. 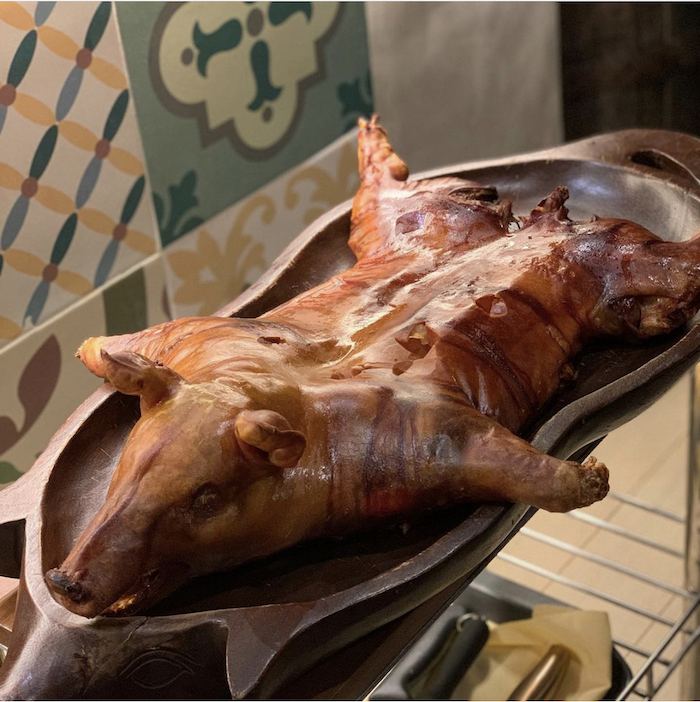 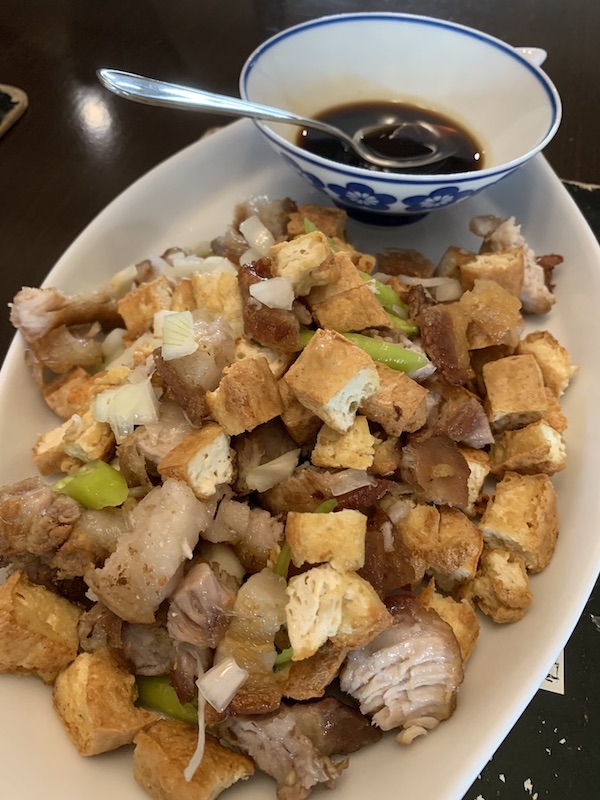 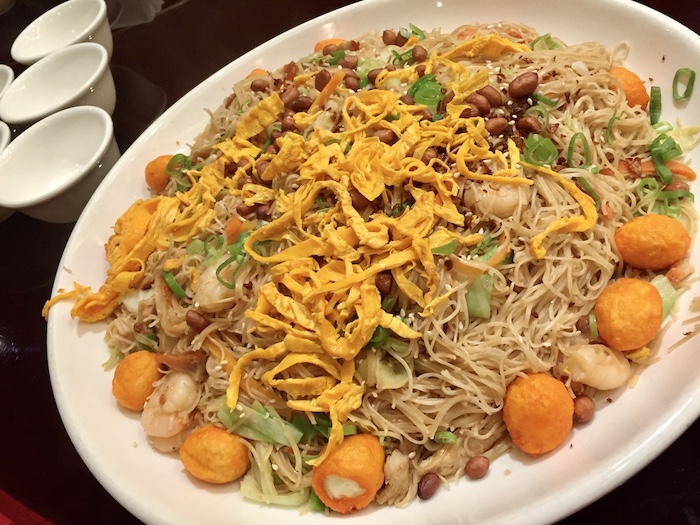 In a book gifted to me years ago, The Origins of Chinese Food Culture by Asiapac, an easy to read and illustrated book, explained the origins, history, customs and fascinating tales behind Chinese food culture. This book includes stories on how the celebration favorite, suckling pig, pockmark tofu (mapo tofu) and the decadent, the luxurious delicacy, the soup Buddha Jumps over the Wall among others cane to be.

Quezon province is known for their brown tikoy. Whether it is from Gumaca or Macalelon, Quezon, the brown tikoy is inspired by the Chinese tikoy, which is enjoyed during Chinese Lunar New Year. Families serve tikoy because it symbolizes the “sticking together” of the family.

The color of the Chinese tikoy I grew up with is white and brown, depending on the sugar used. Nowadays, we have a variety of tikoy flavors to enjoy like ube and pandan. 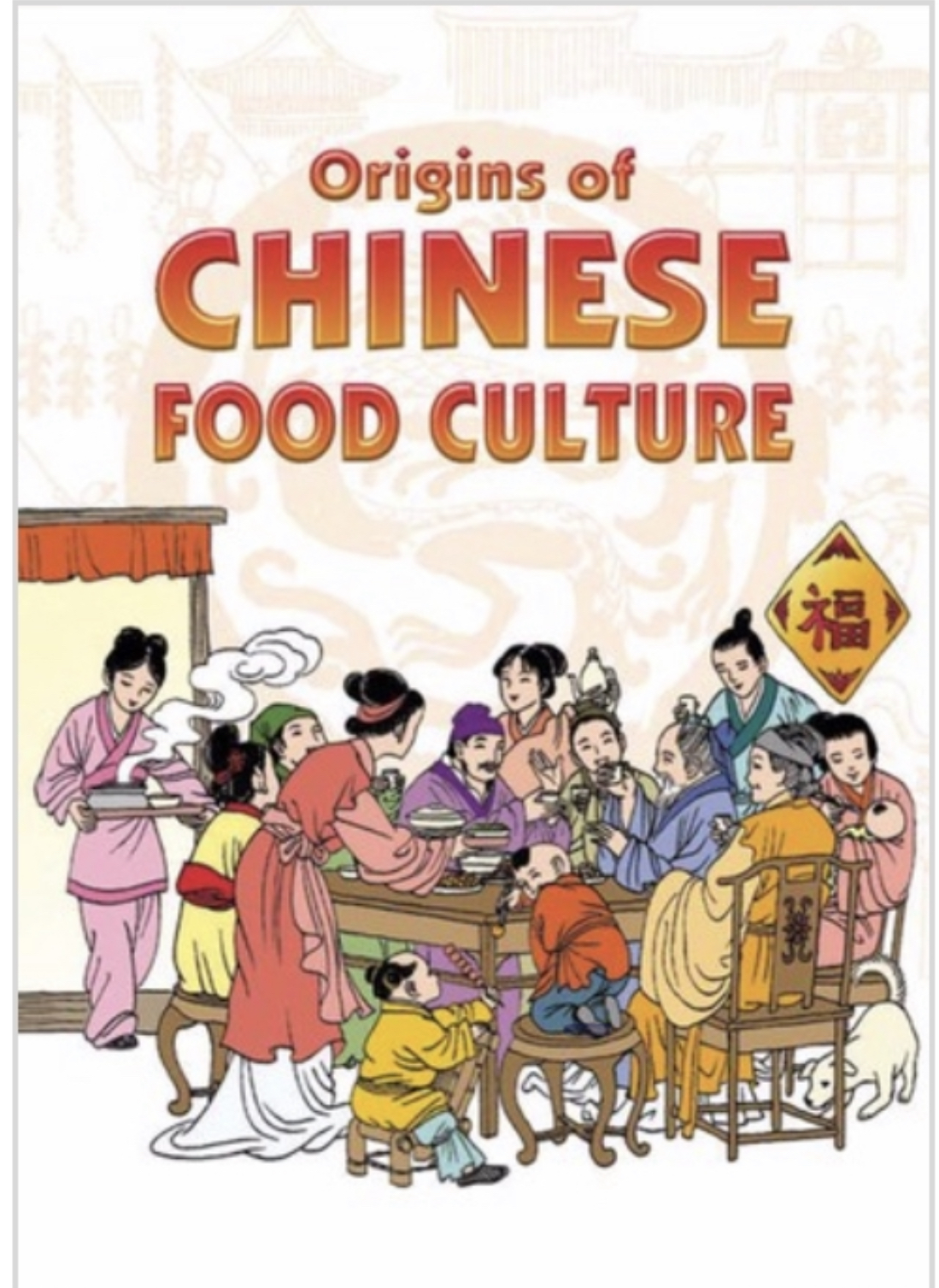 Chinese paper cut art started as early as the invention of paper around 2nd century CE (Common Era). It also made it’s way to Filipino culinary tradition by way of pabalat or wrappers of bulacan pastillas.

In a Philippine STAR article published in 2008, Ocampo tried to recall where she thought paper cutting art came from. “Probably China,” Ocampo said, “but no one is sure.”

Like a past relationship that leaves many snippets of beautiful memories, our relationship with our ancient Chinese traders continue to leave lasting memories.

The pabalat could indeed be a product of the ancient art of Chinese paper-cutting, that started as far as when paper was discovered by the Chinese.

While we can create a long list of Pinoy cuisine inspired or derived from Chinese cuisine, we only need to look back and review our history books. Even before the Spaniards came, Filipinos were already trading or what was called barter with the Chinese. The porcelain or china we use in our dinnerware is from our Chinese sangley friends.

Like a past relationship that leaves many snippets of beautiful memories, our relationship with our ancient Chinese traders continue to leave lasting memories that traverses time and is preserved in the present culinary enjoyment of Pinoys.

The Year of the Water Tiger: 'There will be separation, aggression, unforeseen changes'

Dess Ching is foremost a full time wife and mom who is currently “living in the kitchen” as she personally prepares her family’s daily meals. A journalist, former food show host and writer and a media producer/consultant, she shares her days, culinary creations and finds in her social media posts mostly on food, travel, cooking and her dog Shiro.

Living green is fun and easy with SM Green Finds

Travel to Korea begins again! 10 places to visit and things to do