With the release of the seventh and final season early this year, Star Wars: The Clone Wars wrapped up nicely at Disney Plus. Out it went, with a bang. The long-awaited finale gave fans quite a visual treat, from the "Bad Batch" crew of Clone Troopers to the epic lightsaber battle between Ahsoka Tano and Darth Maul that is bound to be among the best Star Wars fights of all time.

To celebrate the conclusion, the guys over at Funko Inc. just announced a line of cool Pop! vinyl figures molded from your favorite characters from the Clone Wars.

There are seven Pop! Figures in this collection, each with their own distinct design. 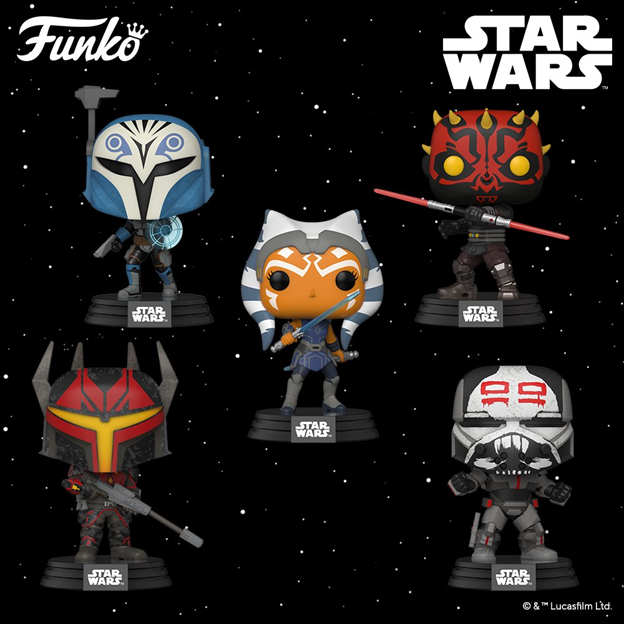 Ahsoka Tano arrives in two figures, the first is armed with two new blue lightsabers gifted by former master Anakin Skywalker while the second features her in a Coruscant mechanic outfit. With her is Mandalorian Bo Katan Kryze and clone commando Wrecker.

On the other side of the Force, Sith Lord Darth Maul comes with his double bladed saber extended for battle. Joining him are two of his loyal Mandalorian troopers, Gar Saxon and the Mando Maul soldier.