Style Living Self Celebrity Geeky News and Views
In the Paper Shop Hello! Create with us
Nick Jr. on Twitter and @hioutthereitsmesteve on TikTok

It seems like our dear ‘ol Steve is once again needing our help in solving a tiny bit of a problem—how to use TikTok.

Hundreds of thousands welcomed Steve Burns, the beloved former host of the Nickelodeon TV show Blues Clues, when he recently hopped on the TikTok bandwagon to the delight of fans.

In just over 24 hours after Steve joined the short-form, video-sharing platform, his account @hioutthereitsmesteve garnered over 670,000 followers (and counting) and over one million likes.

In the first video he uploaded, which as of this writing has almost five million views and over a million likes, Steve, in his familiar friendly voice, introduced himself to the viewers.

“I kinda don’t even know what it is. If you could tell me, just, like, in the comments or something… thank you,” Steve added.

'I never forgot you... ever': Steve from 'Blue's Clues' is sorry for disappearing on your childhood

The comments section exploded with support and loving welcome from fans, celebrities, brands and even Nickelodeon.

In his call for help, fast food chain Taco Bell suggested, “The thinking chair, Steve! The thinking chair,” referring to the armchair that Steve (and the succeeding hosts) used to think about the answer for Blue’s clues.

“It’s gonna be great! You’re doing great! This is great!” said Kim Rhodes of Disney Channel’s The Suite Life of Zack and Cody.

Some supporters also made Blue’s Clues reference in their comments.

‘Beyond heartwarming’: Millennials recall their fond childhood memories after Steve from ‘Blue’s Clues’ reveals he never forgot about them

Steve went viral in September after he pulled at millions of mostly millennial fans' heartstrings when he explained and apologized in a video why he suddenly left the show. (Who was not touched when he said, “After all these years, I never forgot you… ever” in the video?)

Some in the comments section referenced his viral video, showing that his departure from the show made an impact on its fans, like @pennypig who said, “How do I know you won’t just leave us again” with a crying emoji.

Several hours after he debuted on the social media platform, he dropped a second video that made many fans emotional. As of this writing, the video has over one million  views and more than 370,000 likes.

In the 59-second clip, Steve is just stares at the screen, seemingly acknowledging the viewer, and wrote in the caption, “I’m just giving you the attention we both know you deserve.” 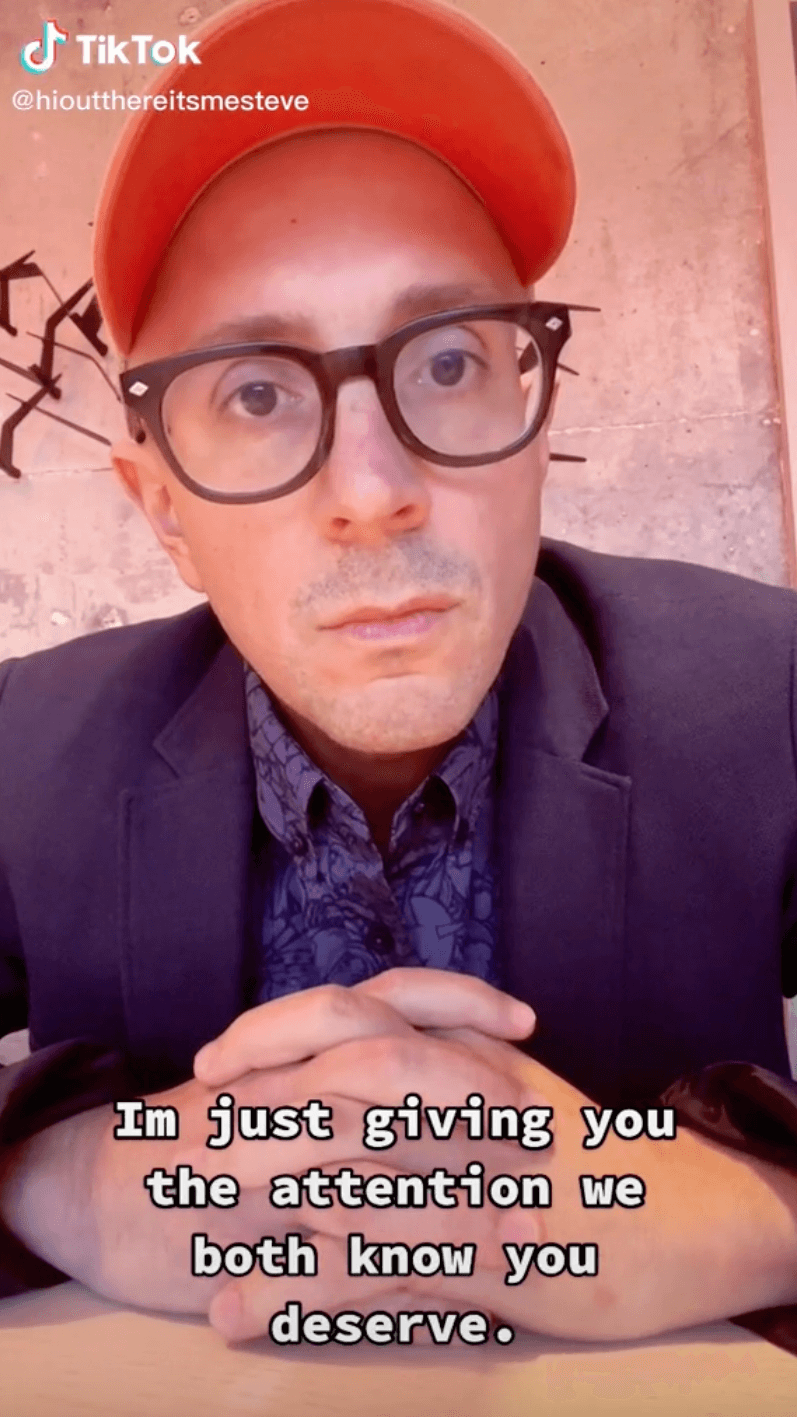 Fans wrote memories of having Steve and Blue’s Clues as part of their childhood.

@Nekosunshine addressed Steve in the comments section, “You know though, it did kinda hurt. Like as an adult now, I get it but back then I didn’t.” To which the former TV host replied, “I feel that.”

“Anyone else instantly tear up? Thanks Steve for being there when no one else was,” wrote @havoc_rayne.

Life after 'Blue's Clues': Here's what happened to Steve Burns after his final episode in 2001

Meanwhile, @theev1lmorty penned a heartwarming message to Steve, “I just want you to know that when I was in foster care, you helped me. You were the big brother I’ve never had. You made the pain stop. Every episode.”

Steve may say he needs help on his TikTok game but just two videos in, he’s already killing it, leaving adoring fans emotional as they reminisce their fond childhood memories. Thank you, Steve.