Online platforms have allowed narratives which have men-loving-men and women-loving-women relationships—more commonly known as Boys-Love and Girls-Love—to thrive. This became more true last year, with our narratives becoming recognized internationally.

May we interest you in some more stories, created in komiks, generally by those who know how to tell it best, and by those who identify with these stories best.

(Clicking on the titles will bring you to the komiks page.)

Vito is closeted, generally forced to stamp down his true identity both by his family and by being in junior high school. But new student Kahel is made to sit beside him then become his school project partner. This forces Vito to rethink many things, including his own identity and how he feels about Kahel. This new series correctly addresses the concerns LGBTQ teenagers have, between fitting in and being true to themselves.

Alex is a shy student but wants to be a lawyer, and thus decides to join the debate club for practice. But while joining the older students to watch an interschool debate competition, she falls headlong for another all-girl school’s star debater, Rock Domingo. It’s part insider look at the high school debate club, but it is a young person having an inconvenient girl crush and not knowing what to do.

Grace still could not believe that dangerous university idol Seth is her girlfriend, keeps wondering if Seth is being unfaithful to her or something, or if Grace will ever be a good match to Seth. Using semi-unconventional techniques with great comedic timing, the conversation between them and their mediating friend is fun as well as adorable.

The Kiss of the Demoness (7Clubs) (PG)

A steampunk fantasy one-shot, a demonness of a well happily lives with a human engineer. In exchange for occasional tips, the lady engineer allows the well demonness to walk as a human sometimes. But said demoness eventually realizes she likes those kisses she gets from the engineer. It’s cute and funny in the right places, and an interesting take. 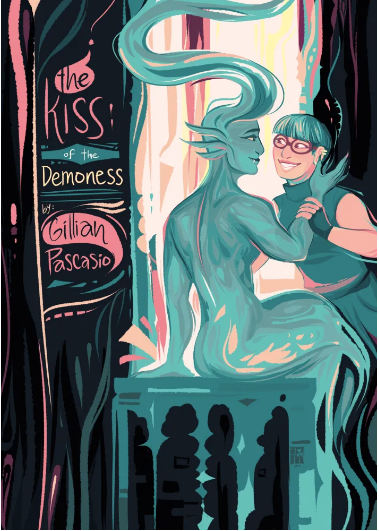 Poetry in komik motion, two university students slowly meet, eventually fall in love, and have to deal with how time passes afterward. Also go read her other two oneshots, Sink! and Bangon.

Days in the life of people who identify as lesbian. Given in happy pastel colors and with messages of hope and happiness, while also accepting that some days are harder than others. In printed form there are two compilations that could be acquired from the creator.

One of the definitive works of komiks in general and LGBTQ komiks in particular, one of its three stories have two young men, one from a Muslim background and the other from a Catholic background, who meet in the train and keep meeting, until a relationship develops. Along with showing a narrative of the working class, the narrative addresses how homosexuality is considered in both religions, and how love can still happen within them. Its second and most powerful story is the one between a community organizer and a factory worker and their joint struggles. It comments on poverty and abuses on the poor, as well as it comments on being lesbian in this country. 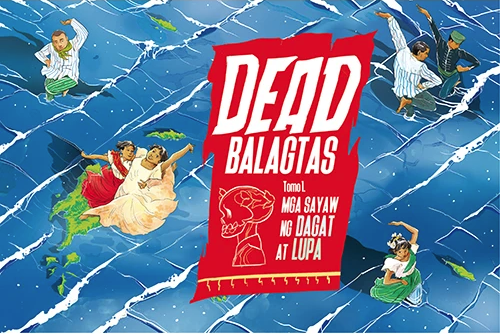 The 2019 anthology, edited by Paolo Herras and Richard Mercado, compiles some of the best komikeros at the komik convention tables, almost all of them identifying as LGBTQ+, telling narratives across a wide spectrum of genres and experiences. Because these are people who know it as part of themselves, there is a power in each and every one-shot komik story given. Click here to check out the Komiket Secret HQ FB page.

Edited by Emiliana Kampilan, it is a collection of one-shots about various women falling in love with other women in various ages, situations, historical times, and circumstances, featuring some excellent work by great komikeras.

Regular churchgoer Francis frequently notices sacristan Didoy. Didoy, in turn, rather likes Francis back. This romantic tension turns into a moment when they kiss... then run to Pansol, Laguna, panicking about Francis’s mother and Didoy’s guardian the parish priest. It’s all very adorable, while also addressing legitimate concerns about young gay love, especially when both come from conservative backgrounds. Click here to check out the Penlab page. 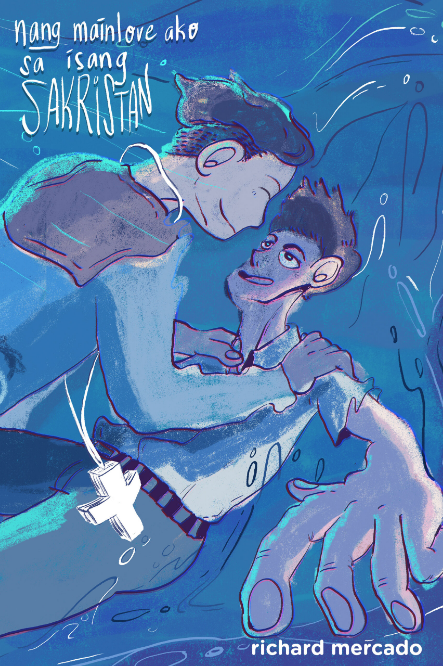 Who will be the next Bond?