While it was graphically weaker than the PlayStation 3 and Xbox 360, the Wii managed to become a huge success for Nintendo. While it was home to a lot of shovelware and inferior ports of more powerful current-gen games, the Wii also had a number of titles that made other console owners jealous.

Wii Sports, The Legend of Zelda: Skyward Sword, Sonic Colors, and New Super Mario Bros. Wii were some of the big-name games for the system, but none of them seem to have the name value or prestige as Super Mario Galaxy.

That’s not because those other games are badly made; it’s because Super Mario Galaxy is a masterpiece.

Visually, Super Mario Galaxy hasn’t aged a bit. The jump from 480p to 1080p on Super Mario 3D All-Stars really helps this game pop in ways a normal Wii game wouldn’t on a widescreen TV. It runs at a consistent 60 frames per second and, in all honesty, the game almost looks like a modern-day Switch title. Character models hold up, the environments look great, everything looks like a dream. 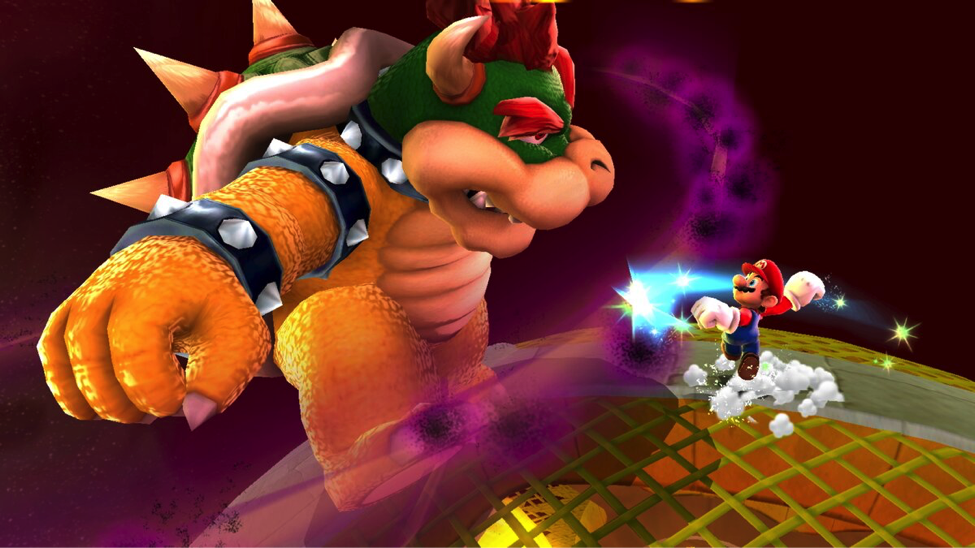 Of course, the main hook of Galaxy is the gameplay. While the game ditches big open areas for smaller stages, they’re all so well-designed and unique from each other that players will never get bored. Travelling through these sphere-like levels is a blast and nailing those triple jumps feels better than ever. Mario Galaxy also steals Crash Bandicoot’s tornado attack and it makes for the best combat in this collection, giving fans a simple way to get rid of enemies.

Admittedly, gameplay can be a bit awkward since motion controls are mandatory for certain sections. If you’re playing this in handheld mode (and you really should, it plays phenomenally), there will be times when you have to tap the touch screen, which can be annoying. Nothing here will ruin your experience but if you liked how Mario 64 and Mario Sunshine didn’t need any big control gimmicks, Mario Galaxy will take some getting used to.

Even the story is interesting, probably the best one in Mario history. Bowser capturing Princess Peach is one thing but getting her whole castle and attempting to rule the universe is pretty wild, even for King Koopa. Mario then gets some help from Rosalina, a cosmic being who might be the equivalent of God in this universe, as they try to stop Bowser. Rosalina also has an intriguing backstory, one done with beautiful drawings and wonderful music. 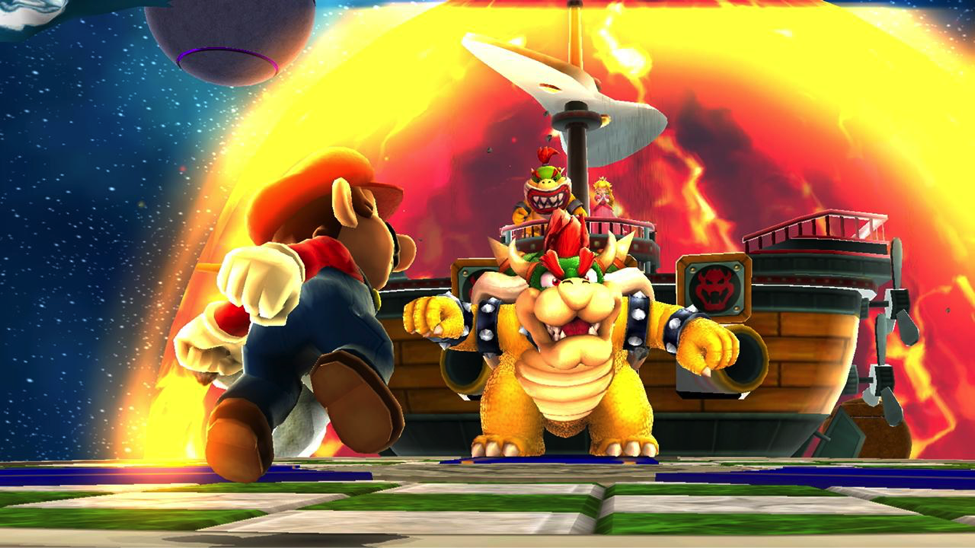 There is very little wrong with Super Mario Galaxy. In fact, this game by itself is almost worth the full retail price. Granted, if you have a Wii U you can get Mario Galaxy by itself for a lot cheaper but how many of you still have that console?

Super Mario Galaxy is still one of the best platformers out there. The game has so many levels to play through and collectibles to get that you won’t be done with it in a weekend or two. You can even unlock Luigi, something you couldn’t do on Mario 64 or Sunshine, immediately making this a 10/10 game. I never owned a Wii and I personally think that this is one of the best games that Nintendo has ever made.