Welcome to the week of the creepy and the scary.

Some things do not change, it seems, even during the pandemic of the century. Some are empowered or enjoy facing fear that is not directly in front of them, but the possibility of the feared. Maybe it will help others to face the supernatural and the strange, instead of a virus that has possibility in reality.

If that person is you, and you have been looking for komiks to read to keep you awake at night as October turns to November, yes, such are available. Many tend toward the psychological, some include folklore and cultural elements, some veer toward the political.

Please be strongly advised that practically all recommended titles are MATURE or rated SPG (Strong Parental Guidance), both by the nature of the material as well as the nature of being in the horror genre. Majority are given 18+ advisories before access. Please read at your own risk.

Chocnut-san delves in many genres, and she has two stories that have horror elements. 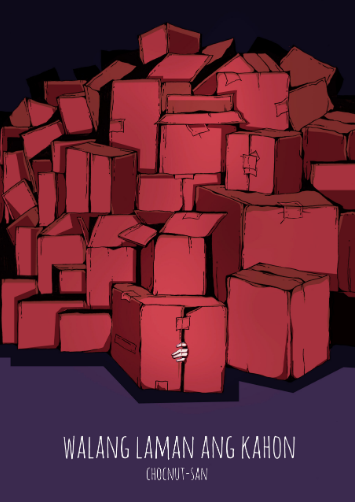 In this one, Dina books a room in Manila after leaving Tacloban, in order to find work. She finds a strange and empty box in her dorm room, with the voice of her sister calling her to go back home. The pacing of the suspense is executed very well, leading to a tension-filled tale. Also go read Biyernes Santo (also SPG), with JP Palabon.

(Content warning: gore) A young woman fears the result of her pregnancy test, and it haunts her everywhere. A psychological tale, it is incredible in its pacing of the tension, making you relate to her.

(Content warning: alcohol, some NSFW elements) Four BPO employee friends run from a strange biker who is after them. They take refuge in a deserted house, but that may not have been the best decision.

Both funny as well as suspenseful, this series is well known for its well-timed, often rude, comedy, delivered with incredible detail and masterful shadowing technique in its art, with some of the best pacing in all of komiks. Inquire into having the whole series.

(Content warning: NSFW content, violence, rape) A winner in the Komiket Awards 2019, a young woman seeks solutions for an unwanted pregnancy, by heading to a small barangay and its barang. She comes in time as that barangay holds a mysterious ritual.

The story is paced incredibly well, deliberate in its slowness but never dragging, while delivering one of the lesser known folklore tales from the Visayas.

(Content warning: Insects, NSFW content) A new graduate gets a dorm room in the city as he tries to find work. But work is hard to find, and the loneliness is starting to consume him.

A psychological sequence, but delivered in the interesting, thought-provoking way unique to Mervin Malonzo, while providing commentary on our expectations of work and capitalism.

(Content warning: NSFW content, violence, murder) Based on the legend of the lizard, a "mama’s boy" keeps getting rejected by a young lady he keeps trying to win. But as his desire becomes obsession, he is forced to choose between her and his mother, and his choice may change him forever. 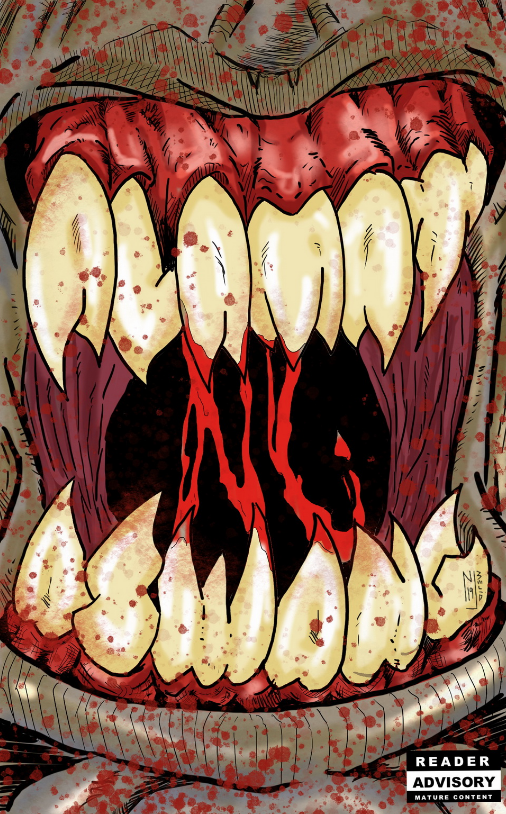 While it begins in reality, it gradually shifts toward horrific fantasy as it steers toward its ending.

(Content warning: blood and gore, murder, violence) A Komikon multi-awarded series now running 6 issues, a revolution by the undead farmhands of Hacienda Muguerza begins, as a film crew crashes a party by the haciendero family.

Zombies done political, it is also the best among the current zombie komiks of the last few years. It is definitely a biting commentary of the social injustices around political families and the hacienda system, as well as commentary on the entertainment industry.

It is horrific as well as strangely cathartic, as rich people fall to forces they cannot control. And how could you resist the zombie revolution led by a powerful 12-year-old?

(Content warning: blood, skeletons) An archeologist re-investigates the death of her mother in Camarines Sur. But that involves dealing with the possible reality of aswang and other folklore creatures. 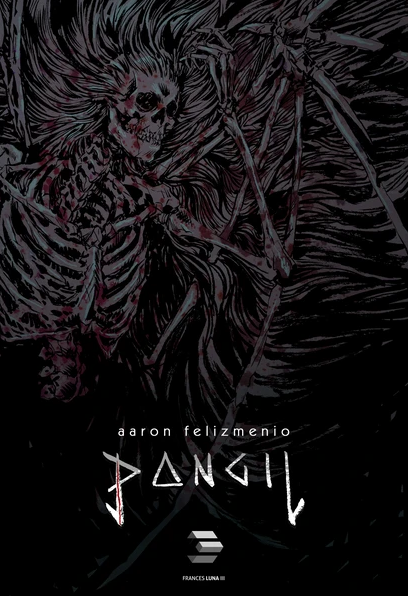 Nicely deliberate, delivered in Felizmenio’s detailed and shadowy style, it provides adequate characterization for the story’s needs, leading toward a suspenseful tale.

(Content warning: blood, violence, murders) The first of a planned series, a wave of gruesome killings disturbs a small town, and the local police could not explain them.

When things turn for the strange and demonic, two personalities are pulled into the case: twins Cristobal (a priest), and Banahaw (a rising rock star). It is unknown if their return to their hometown is related to the situation. Rendered in full color, it is worth the expense acquiring this graphic novel, with good characterization and a good pacing of the unusual case.

We hope these titles fill your cravings for the creepy and the scary, and give you courage to face the fears of the present. We also hope this gives you an idea of the wide range of possibilities in current komiks, even in horror stories. Take a chance.