Were you an avid viewer of the reality-based talent show I-LAND? Guess what? The lucky seven boys that won the competition are set to formally debut as a group next month!

The final lineup of ENHYPEN was chosen through their talent and charisma and was finalized through producer’s decision and global fan voting. The lucky seven members are Heeseung (19), Jay (18), Jake (17), Niki (14), Sunghoon (17), Jungwon (16), and Sunoo (17). They bested 21 other hopefuls from different parts of the world, and as early as now, the supporters of the group are excited for the septet’s future.

In case you’re curious, the group name was decided during the live final elimination night of I-LAND. "Just like hyphen connects different words to create new meaning, members of ENHYPEN will connect, discover each other and grow together." 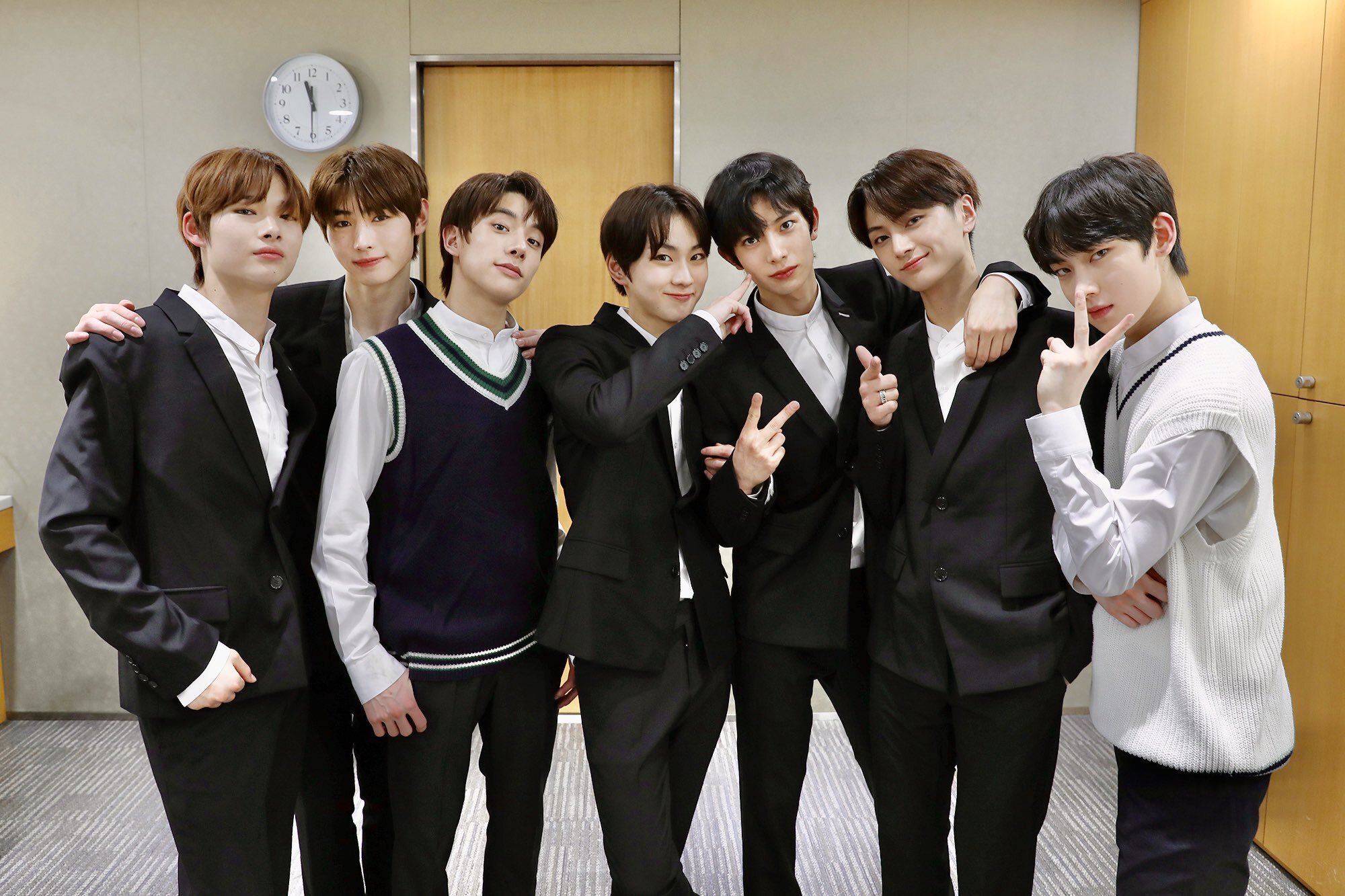 A dramatic voice over by Korean-Australian member Jake starts. “We were desperate in our desire to transform. We believed that there lay dreams unknown. Because every path is stained with tears. We keep our fists fiercely clenched, not knowing it to be a blessing or a curse, lest we lose what we hold in our hands.”

The narration continues with intriguing gothic visuals. “Blood-red moonlight blazes. Unquenchable thirst flares with fury,” the voiceover continues. “The others look up to us in veneration, and we look upon them with envy. Why do we desire what we cannot acquire? Why must we walk along an endless line? At dawn, the sun rises to menace and bless our fleshly selves.”

The teaser trailer ends with the seven members wearing white Victorian-inspired outfits looking intensely at the camera. Like in any other teaser trailers from Big Hit Labels, this video includes a date – November 2020. It was already confirmed this week that ENHYPEN are set to debut next month with new music.

Ever since the final lineup of ENHYPEN was released, video blogs from their I-LAND days were being uploaded on their official group channel on YouTube. They’ve also done some live broadcasts via VLive to interact more with fans whom they fondly call "ENGENE," which is a wordplay on fans being the "engine" for the group to keep going and "gene" because they share the same DNA to connect, discover and grow together. Isn’t that sweet?

Are you curious about what the members of ENHYPEN are capable of? Watch I-LAND’s Final 9 Live Performance of the catchy song Calling (Run To You). Also included are the talented eliminated finalists K and Daniel.

ENHYPEN is managed by Belift Lab, a joint venture of CJ ENM and Big Hit Entertainment, the management team behind the success of legendary superstars BTS and fast-rising boy group TXT. Will ENHYPEN live up to the initial hype brought by the show and their affiliation with their mentors? We will find out by November!