Out of all the anime movies I have watched since my younger years, nothing stands out more than Satoshi Kon’s anime film debut work, Perfect Blue.

It premiered in August of 1997, that’s 23 years already. It has been ten years since Kon has passed – yet his legacy in the anime industry still continues even until the present. We are going to dive into this classic and why it is still very relevant in current times.

This is also like a tribute for him as we both share the same birth month. Kon (born on Oct. 12) would have been 57 years old this year.

(Trigger Warning: This article contains a mention of sexual assault and discussion on mental health) 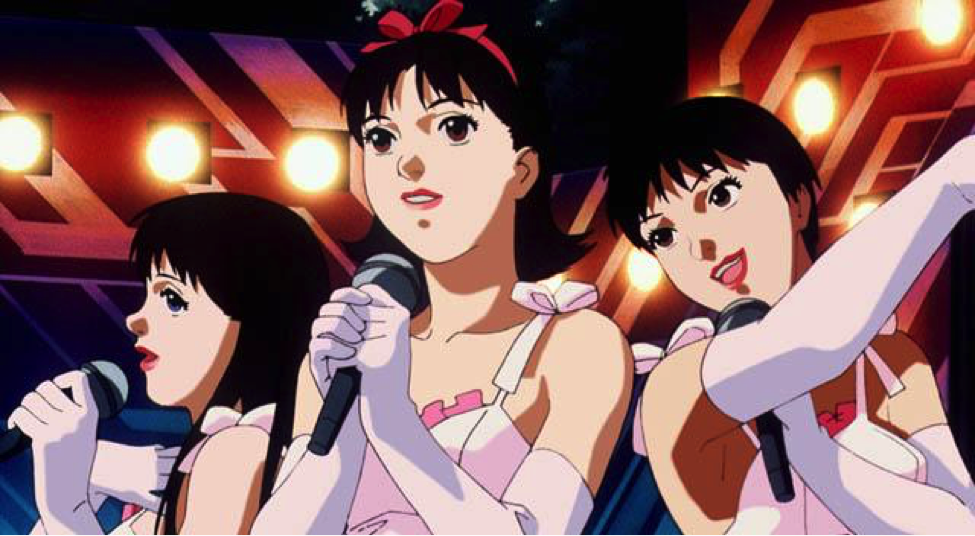 Perfect Blue is centered on a girl named Mima Kirigoe, who is a member of a famous Japanese idol group, CHAM.

At the start of the film, she formally announced that she would be “graduating” from being an idol so she can pursue becoming an actress. Mima then went on to be part of the cast of detective drama series Double Bind, where she was treated only with either minimal lines or even the most daring things that are mostly unacceptable to her loyal fans.

After leaving the idol scene behind, she starts to receive consecutive threats saying that she was a “traitor” and should be taken out of existence, including a mysterious website that records every detail of her personal life. These things have caused Mima to question herself and the things that are happening around her. Even her “idol self” is haunting her everywhere she goes.

The film takes you to a mind-boggling topsy-turvy ride, which questions who is real, who is telling the truth, and what actual reality is.

A glimpse at idol obsession 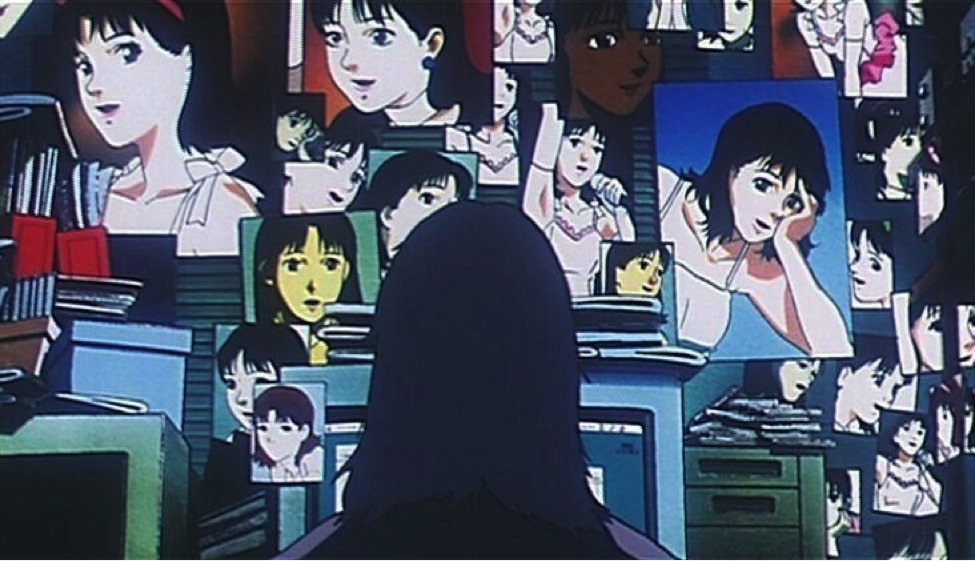 Kon perfectly gives us a perspective of the idol culture scene in Japan – which has also been a growing thing outside of the country.

At present, the idol culture phenomenon has grown over the years, and they are mostly felt in anime/cosplay conventions or during performances when the guest is either a popular Japanese artist or perhaps a group that performs popular Japanese songs.

Idol groups like MNL48 and Aidoru Sozai are just some of those examples if we talk about such groups here in the Philippines.

This kind of culture is mostly centered on the male demographic. A majority of them hanging on to hope that their idol will notice them. They mostly go the extra mile not just by seeing them perform live, but also making an effort to buy their merchandise, no matter how big or small that may be. 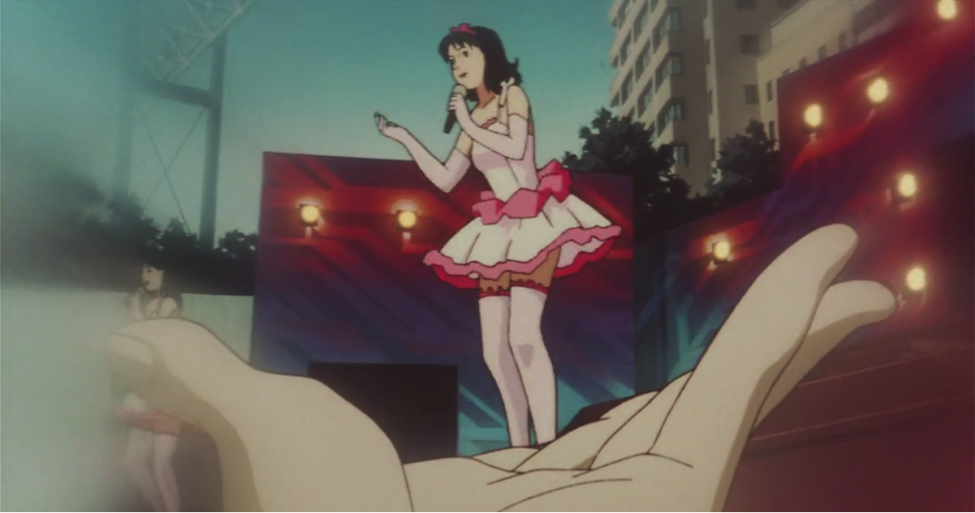 In Perfect Blue, we are introduced to Mr. Me-Mania, an obsessed fan of Mima. You immediately know who he is and what he desires by just that scene of him pulling out his hand as Mima performs her final performance on stage. His perspective looked like Mima was dancing on his hand. This was one of my favorite shots of the film; at the same time, it gives me goosebumps every time I get to watch this again.

You start to realize that this kind of obsession for idols might reach the point that anything that they say or do would be something that hungry fans would follow in a heartbeat. Now, what if this obsession was being used to manipulate? This was the case in Perfect Blue.

Mr. Me-Mania was actually taking orders from someone who he thought to be Mima via e-mail. He followed everything that this “fake Mima” wanted, going as far as uploading very personal information about the real Mima on the “Mima’s Room” website, to even plotting to kill her. 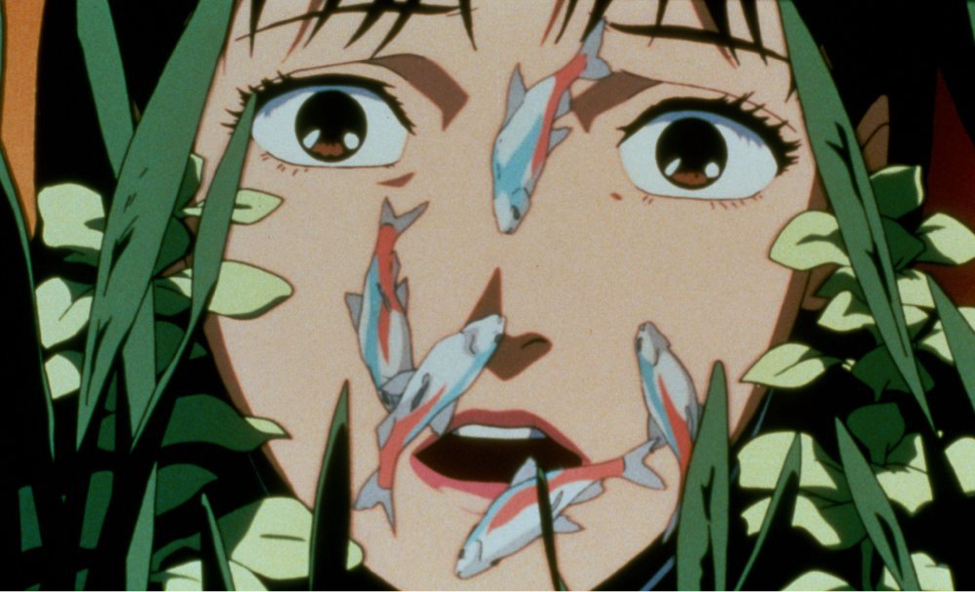 Sometimes, obsession over someone popular can really get you to do even the craziest things that are just not in your morals or are beyond your comfort zone. Artists such as Tejano music icon Selena Quintanilla Perez and The Voice star Christina Grimmie both suffered the same fate – both murdered by their respective die-hard fans.

There’s nothing wrong with praising or appreciating idols. Sometimes we need to remind ourselves that they have a personal life to live too, like many of us. The public image that we see might not be entirely what they really are. Sometimes they just put up this image because “that is what the public expects and desires them to be.”

The good and bad of changing careers 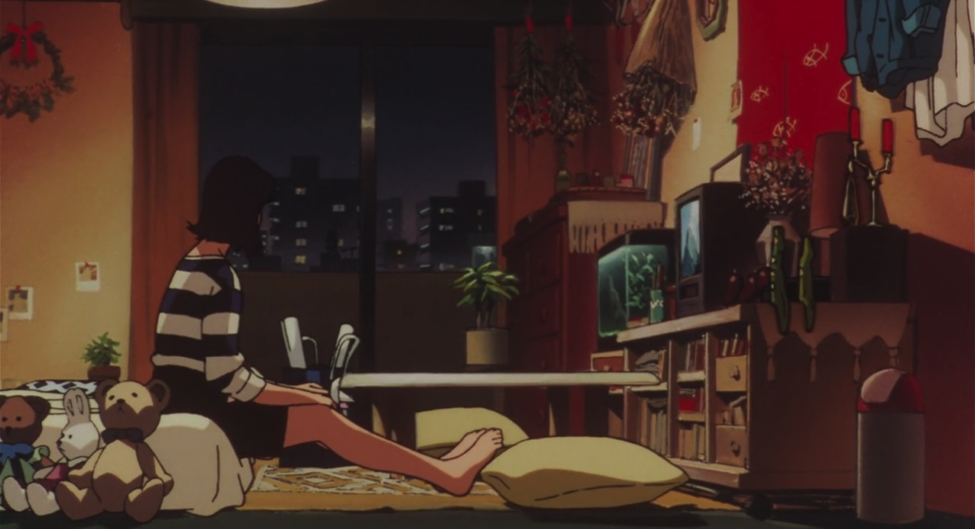 No one gives you the proper wake-up call on the dark side of the industry but through this film. Getting into the TV show business wasn’t instant stardom status for Mima. She had to deal with the unfair treatment of the director and producer of the show that she was in.

In some scenes you get to see and feel Mima having regret at leaving CHAM. However, she couldn’t go back anymore as she already made this bold decision for her life. This rings very true for some of us – when you take the giant leap, there’s never going back whether the outcome is good or bad. 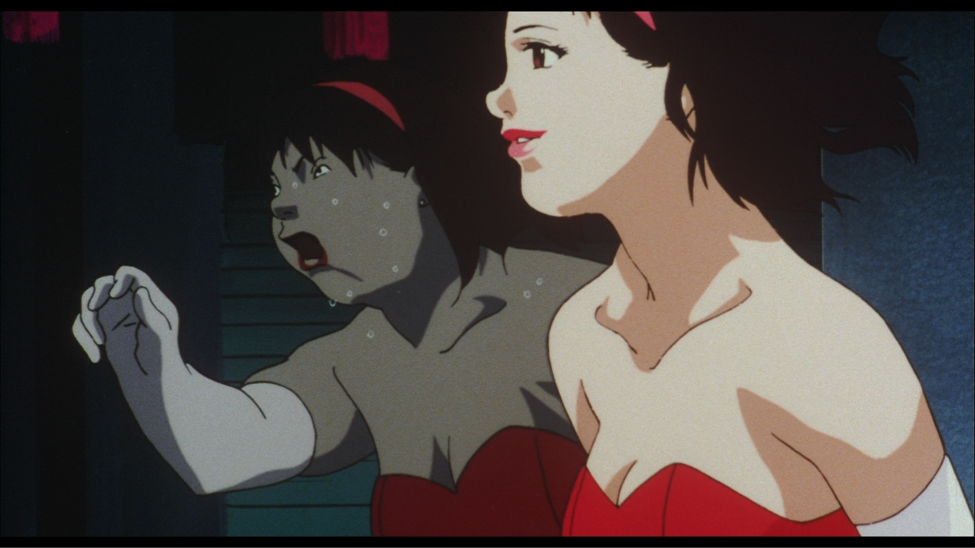 At the film's climax, it is learned that the mastermind behind the threats and the mysterious deaths of the pople who mistreated Mima was her own agent, Rumi Hidaka. Before all of this, Rumi was a former idol similar to Mima. The decisions that Mima had to choose were something that Hidaka did not accept.

Hidaka was likely suffering from Dissociative Identity Disorder. She might have had this condition after she could not cope with the stress of changing careers. The heart-pounding chase of both the real Mima and Rumi’s “Mima persona” will always put me at the edge of my seat.

The film ends when Mima visits Hidaka (still in her Mima idol persona) at a mental health facility, accepting the fact that she might not be able to see the real Hidaka again. However, the whole roller-coaster experience was both a lesson and probably the most prominent wake-up call of who Mima is. Or is it? 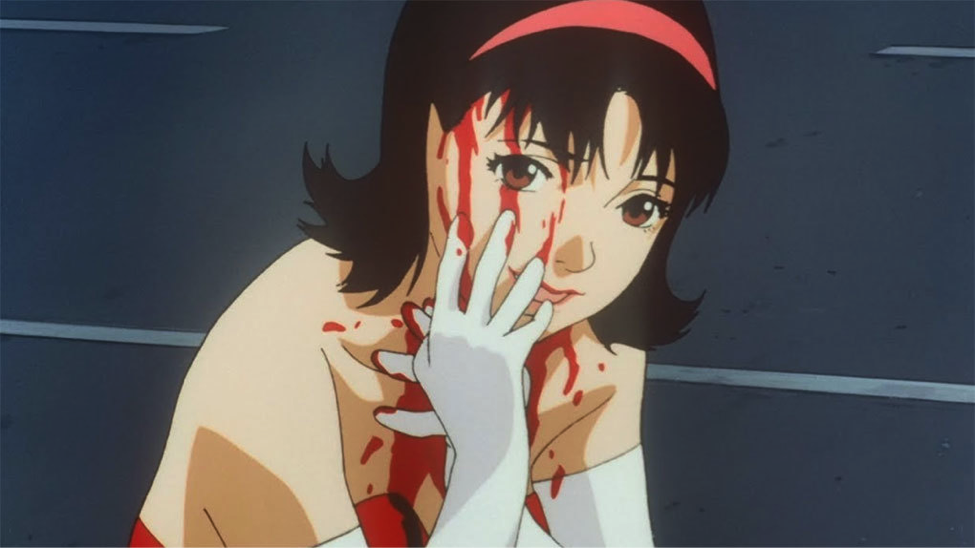 Perfect Blue is a masterpiece, and always will be. It was the combo breaker in Japanese animation at a time when people were used to big-eyed kawaii '90s anime characters that can transform and possess magic powers.

This was probably one of the earliest movies I have ever watched that made me think about my career and life choices, as well as gave me a glimpse of what happens when obsession and fantasy over someone you admire takes over you. I highly recommend this film to anyone out there looking for a different kind of anime movie to watch.

I will always be thankful for this film, for it made me appreciate Japanese anime films even more.  Also, it motivated me to get into a career that celebrates the promotion and appreciation of anime and its related subcultures. I do hope this film continues to be promoted and shared by many in years to come, since it stands out from the others.

I hope no one plays this song inside an elevator, though: