The latest Lav Diaz film has just made its premiere screening in the 33rd International Film Festival Marseille, and if European audiences have seen bleak, they haven’t really looked deep into the Filipino void.

Filipinos too haven’t seen bleak unless they’ve seen Isang Salaysay ng Karahasang Pilipino, which is based on a story by recently named National Artist Ricky Lee, Servando Madgamag, about the rise and fall of the sugar hacienda owners Monzon family from Japanese Occupation to martial law. Or have they?

Forget that the film runs nearly seven hours, which may be par for the course in the age of Netflix serial movie marathons, but the critic Ynnocence Lacsamana once remarked that appreciation of such cinema has to do with culture, or to paraphrase, Europeans like to inflict punishment on themselves because of their guilt of what they’ve done to the third world. Whereas Filipinos, who work themselves to the bone in that length of time and yet barely make ends meet, can only aspire to a kind of masochism even if indeed the viewing would lead to an epiphany, which most Lav Diaz films impart to those with enough patience and wherewithal.

John Lloyd Cruz notches another masterpiece with the Filipino auteur in his dual role as Servando (Magdamag) Monzon VI, who is about to inherit the family’s sugar hacienda with the imminent death of his grandfather, and Magdamag’s lost twin brother Hector Maniquiz who embarks on a life of crime because of his hatred for a fool’s cult. You don’t know 'masalimuot' until you discern the plot’s development toward the latter part, which can’t be revealed without resorting to spoilers.

That said, Isang Salaysay ng Karahasang Pilipino (translated for international audiences as A Tale of Filipino Violence) has all the hallmarks of what we’ve come to appreciate or gnash our teeth over a Lav Diaz film: in black and white, carefully crafted angles that play on natural light and shadow, endless ruminations and panning shots and sounds of rain, dialogue that could rival Dostoevsky and songs that verge on the melodramatic if not for the inherent sadness of proceedings. 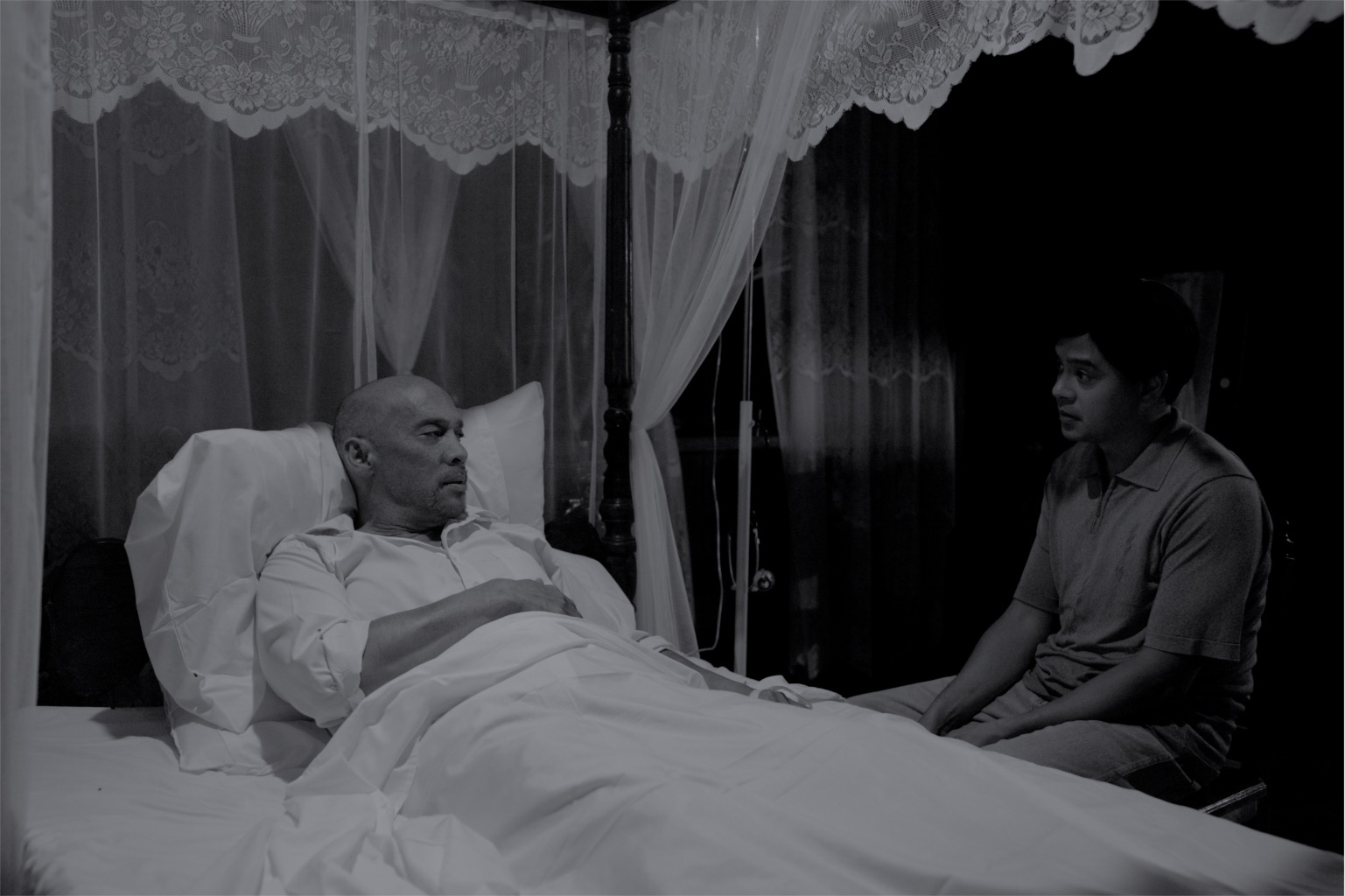 There’s the wonderful subplot of the street philosopher played by veteran stage actor Nanding Josef, and his band of three blind persons with their penchant for the comic and absurd, Trumpo, Loloy and Auring. There’s the government agent and stalker not yet out of closet since this is set in 1973 and 1974, the so-called golden age of martial law when the Marcoses and their cronies were beginning to consolidate power by taking over utilities and establishments including the sugar lands of the Monzons, leading to the eventual migration of one Luke (Erwin Romulo) whose watering hole is in need of customers apart from the Hendrix and Beatles posters.

Best of all, however, is Agot Isidro as the deranged aunt Dencia, raped by the Japanese and presently living on scraps of the past, including apparitions of her husband Servando Quatro slain by the enemy. She goes out regularly to a hillside haunt with her niece Belinda (Hazel Orencio), singing songs of remembrance and possible redemption while military elements of a different persuasion hover. Charo Santos as Hector’s religiously prostituted mom Bathsheba also has a wonderful cameo, the woman who escaped the cult, while the entombment scene of her husband played by Dido dela Paz by an avenging Hector has shades of Edgar Allan Poe’s The Cask of Amontillado, the Biblical quote “Lalaki mahalin ang iyong asawa at huwag paglupitan” ringing in our suddenly wakened ears. 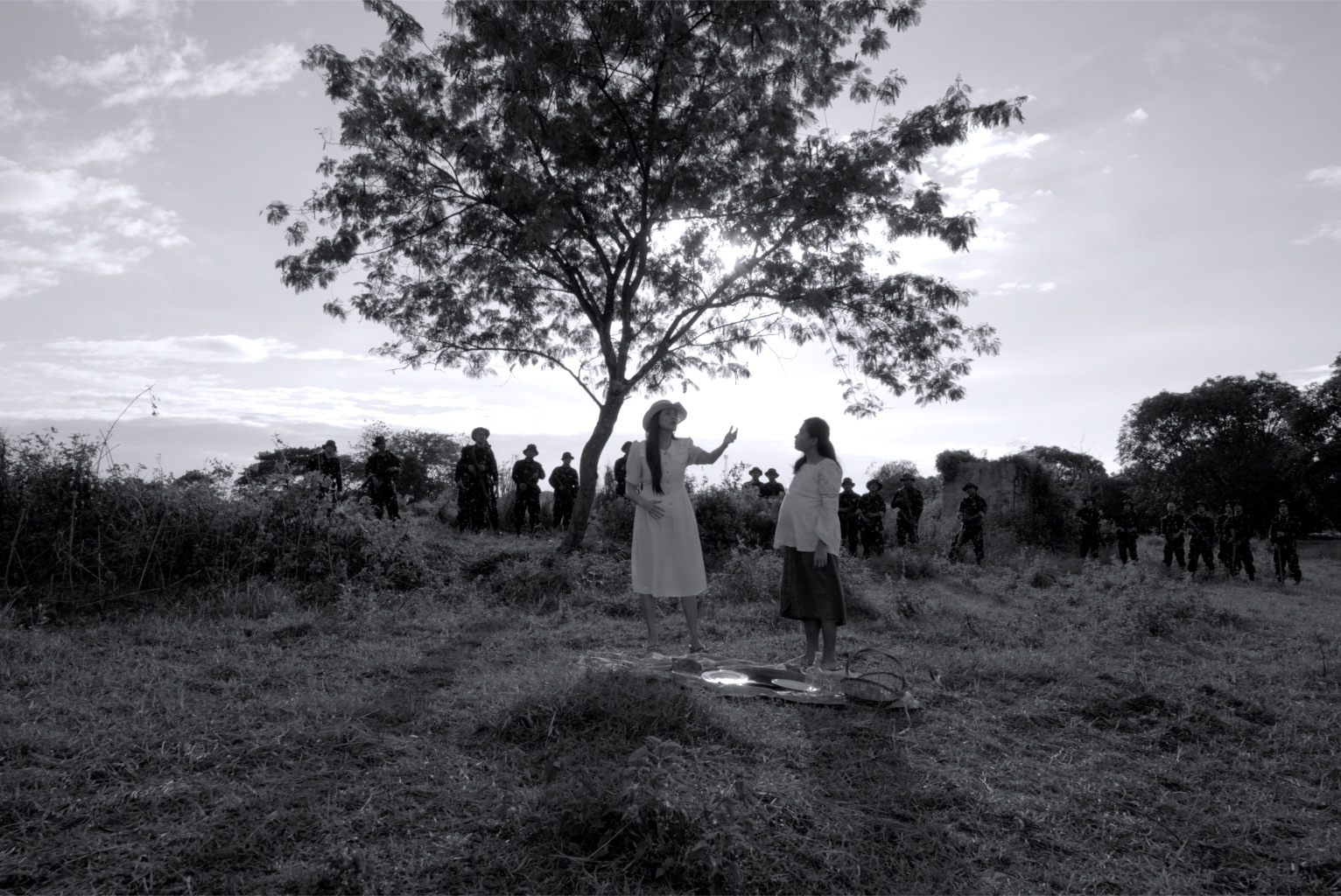 Of course there’s Bart Guingona as the dying patriarch Servando III on his last naghihingalo legs, the death throes can’t get more vivid, and Earl Ignacio as Captain Andres who has taken to zoning parts of the hacienda in search of communist rebels. All this set against the backdrop of Servando VI going through the journals of his ancestors, where he learns the original Servando was an outcast from Spain, banished forever from his country due to a similarly gruesome crime.

Cinemalaya is finally back with on-site screenings. Here's what to expect

Have we missed anyone in this lyrical nihilism, tour de force of misery? The best time perhaps to view it is overnight, or magdamag as the lead character is aliased, such that when credits roll and you hear the first stirrings of dawn outside it is as if you’ve just outlived a nightmare, even if there’s no guarantee that it will not recur or we are not in fact living in the midst of it, assorted characters ourselves in this deep dark truthful mirror.

Isang Salaysay ng Karahasang Pilipino is a co-production of iWantTFC, Black Sheep, Cinema One, and sine olivia pilipinas. The film will be released locally later this year.

A product of the public school system, Juaniyo is with the central news desk of The Philippine Star. He is putting together a collection of essays.