Netflix has just released the main trailer and character posters for All of Us Are Dead, a new Korean drama horror series set in a zombie-infested high school, which is set to stream on Jan. 28, 2022.

The eight episode series is based on the popular Korean WEBTOON comic Now at Our School by Joo Dong-Geun, a Korean-style zombie graphic novel that was originally published between 2009 and 2011.

The series focuses on a high school that becomes ground zero for a zombie virus outbreak, when trapped students must fight their way out or turn into one of the rabid infected.

The two-and-a-half minute long trailer comes after the thrilling date announcement and teaser videos released earlier this month have managed to capture the interest of both K-drama and horror fans on social media.

All of Us Are Dead is written by Chun Sung-il, and directed by Lee JQ and Kim Nam-su. The series will star Yoon Chan Young, Park Ji Hoo, Jo Yi Hyun, Park Solomon, and Yoo In Soo.

‘All of Us Are Dead’ zombie K-drama: What we know so far

Along with the main trailer, the streamer released character posters of the main lead stars and groups in the series, namely: 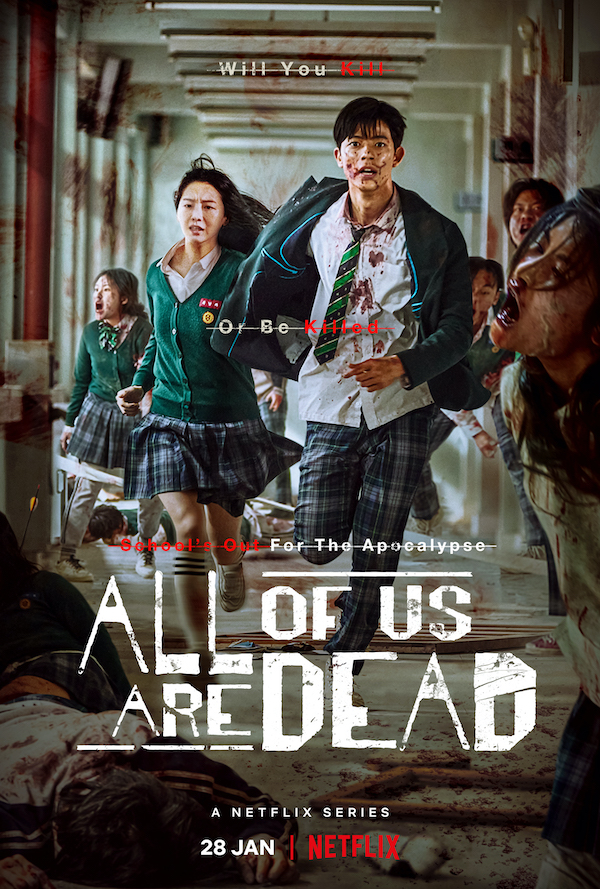 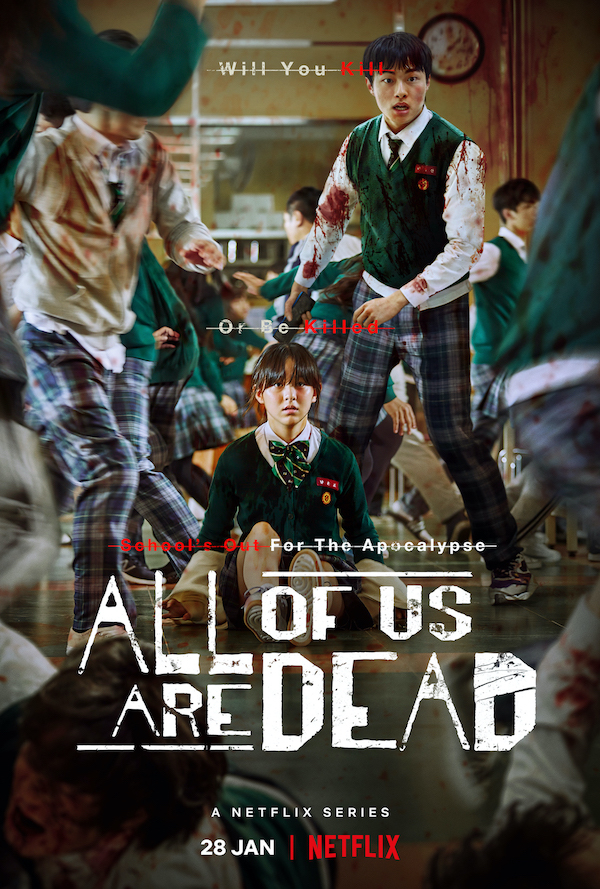 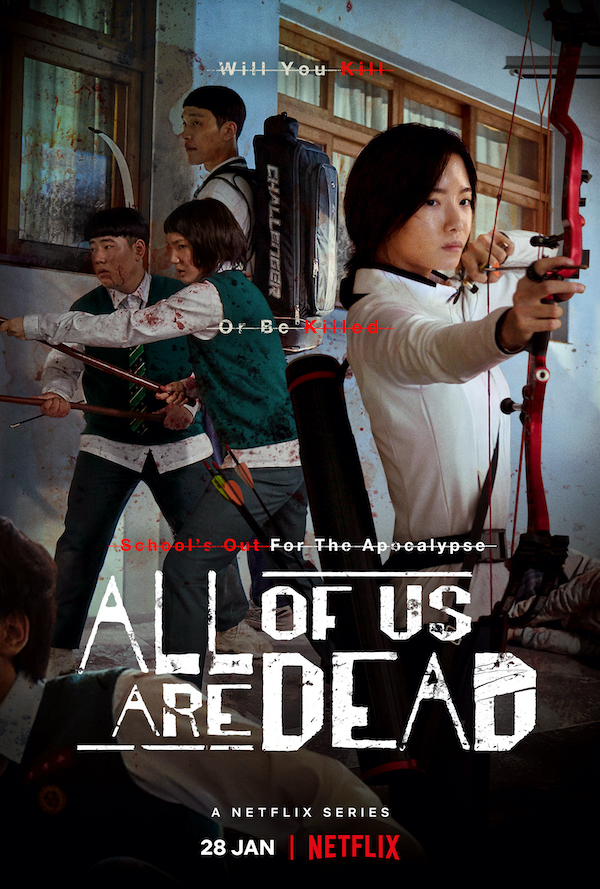 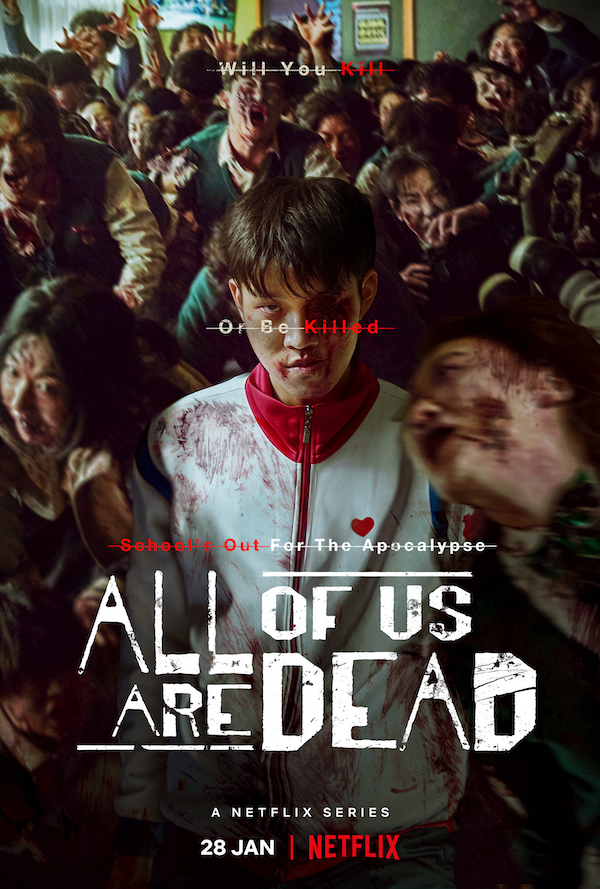 The main trailer gives a sneak peek at the origin of the viral outbreak that hits the school in the form of a laboratory hamster and how it quickly infects the student population.

“It’s Train to Busan,” notes one of the students as hordes of infected turn their school into a battleground.

“Zombies should be in movies, not at our school,” says another.

Check out the action-packed zombie mayhem that awaits in just a couple of weeks.

All of Us Are Dead is set to be released worldwide on Jan. 28 on Netflix.

TAGS: Netflix zombies All of Us are Dead Zombie K-drama Now at our school