Get ready for some fresh blood in the zombie genre!

All of Us Are Dead, a new Korean-drama horror series set in a zombie-infested high school, is set to be released on Netflix this January 2022.

Based on the popular Korean WEBTOON comic Now at Our School by Joo Dong-Geun, All of Us Are Dead is about a group of high school students trapped in their school while a zombie virus spreads like wildfire.

The series, which was first ordered by Netflix back in April 2020, is directed by Lee Jae Gyoo who is known for his work on Trap, King2Hearts, and Intimate Strangers.

All of Us Are Dead is written by Chun Sung-il, and directed by Lee JQ and Kim Nam-su.

Zombie K-series ‘All of Us are Dead’ set for Jan. 28 release

A brief date announcement released earlier this week features some explosive footage of the zombie outbreak in and outside the high school. While the trailer only shows us flashes of the upcoming series, the cinematography, setting, makeup and special effects promise a wild zombie ride.

The official teaser trailer and new stills released on Friday (Jan. 7) gives fans a better look at what to expect including scenes of trapped students trying to call police for help from Hyosan High School, students transforming into zombies, and how the virus eventually spreads all over Korea with thrilling action scenes. 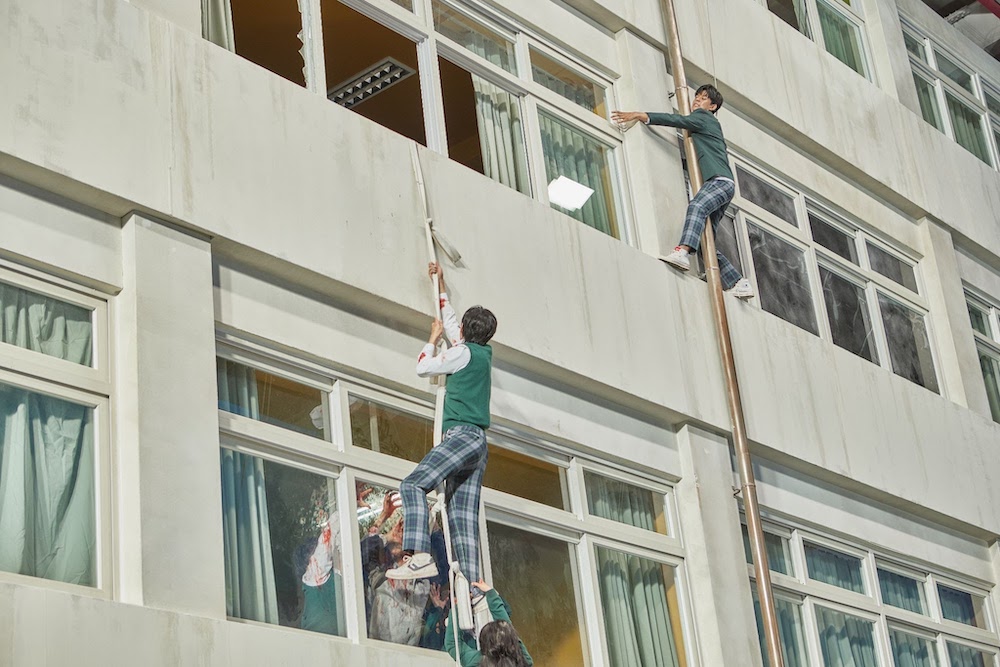 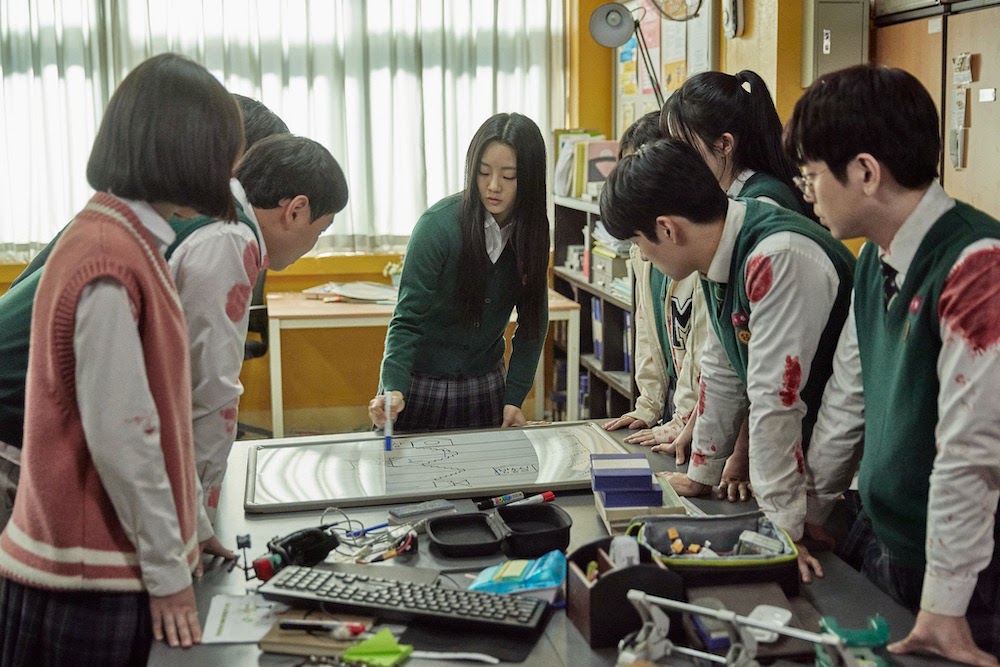 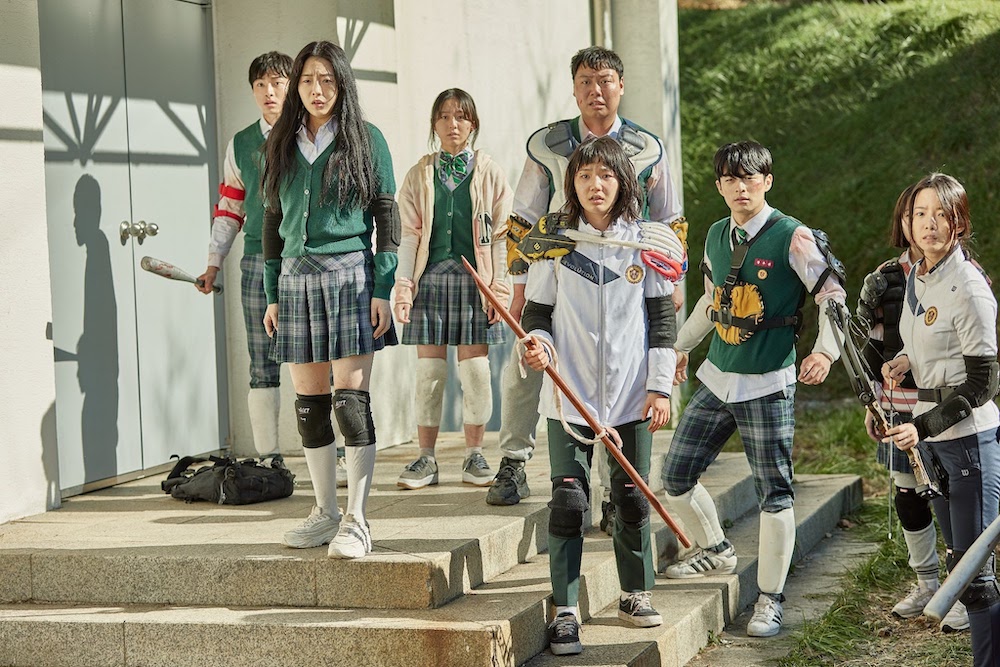 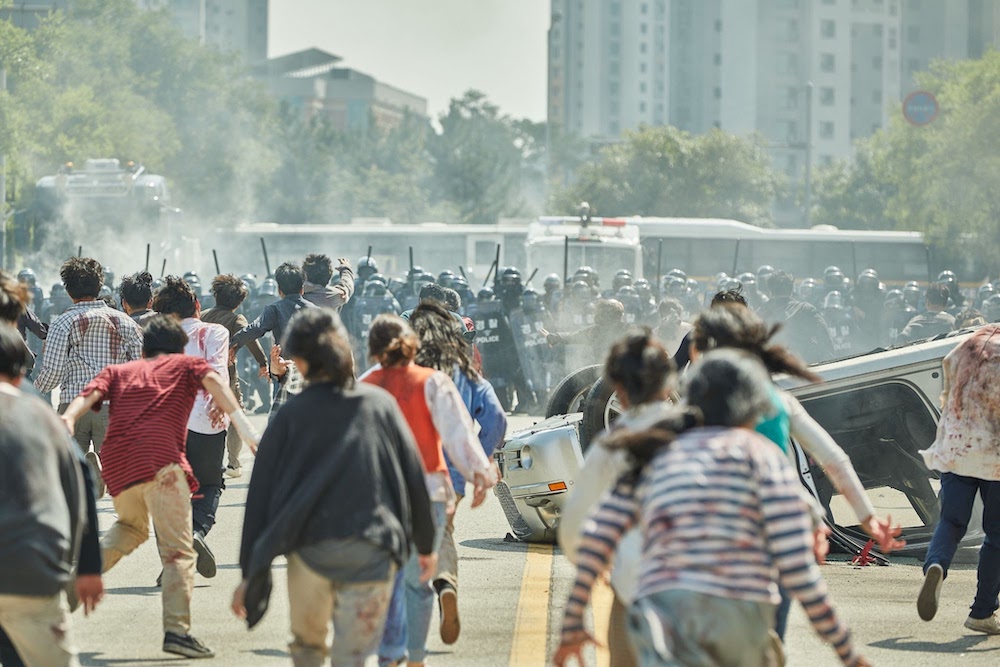 The released stills showcase the city overrun with zombies and students stuck in the school struggling to escape. Shut inside the school with no food, no cellphone, and no adults, the students fall into despair but soon put themselves together and help each other out so that everyone can escape alive.

Making up the eclectic group of teenagers are On-jo, who shares the survival skills she learned from her firefighter father; Cheong-san, the quick thinker who makes clever decisions with his composed personality; Nam-ra, the cold-headed class president and smartest kid in school; Su-hyeok, the reliable supporter who puts himself on the line in dangerous situations; and the amazingly talented archery team that never misses an arrow, join hands to dodge life-threatening moments. 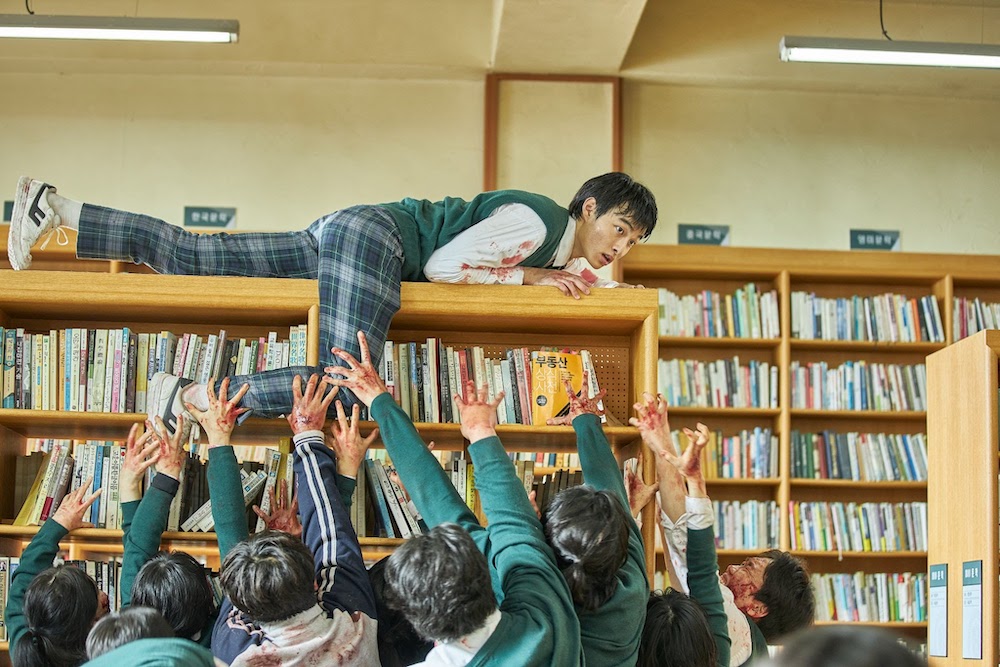 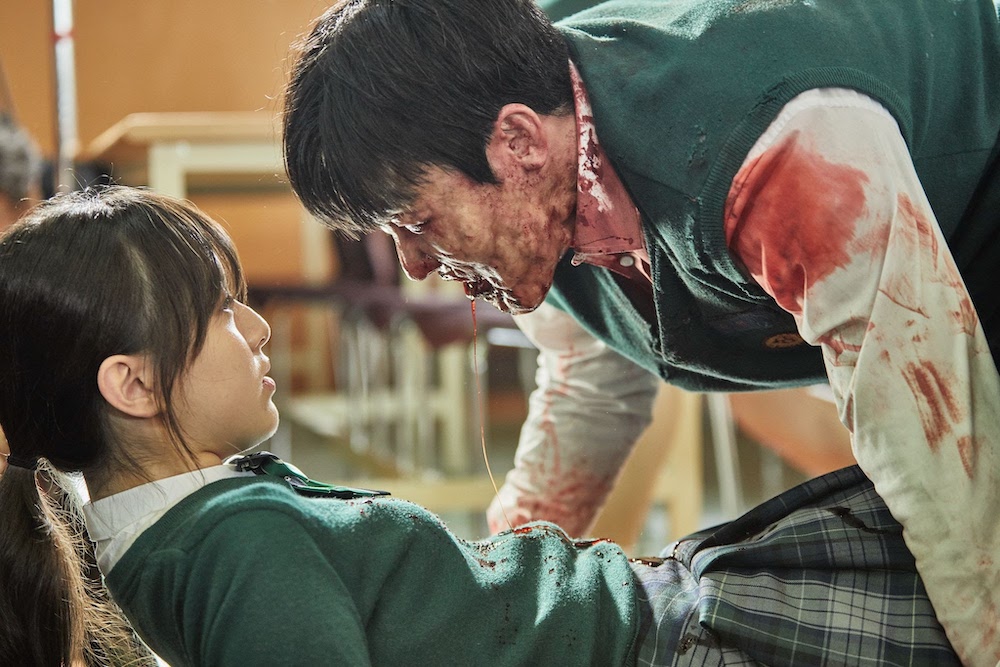 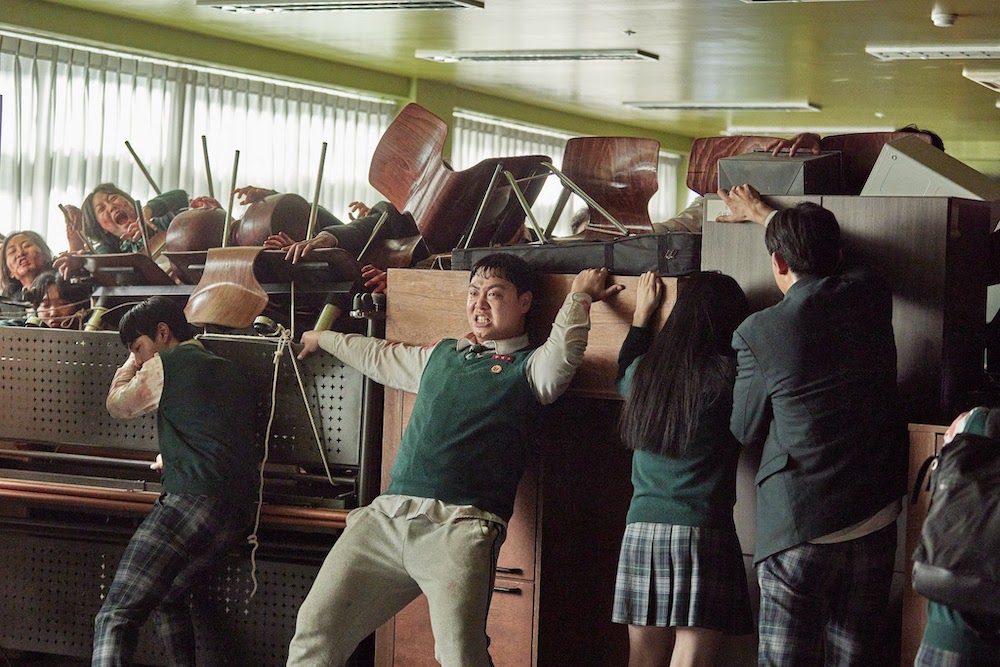 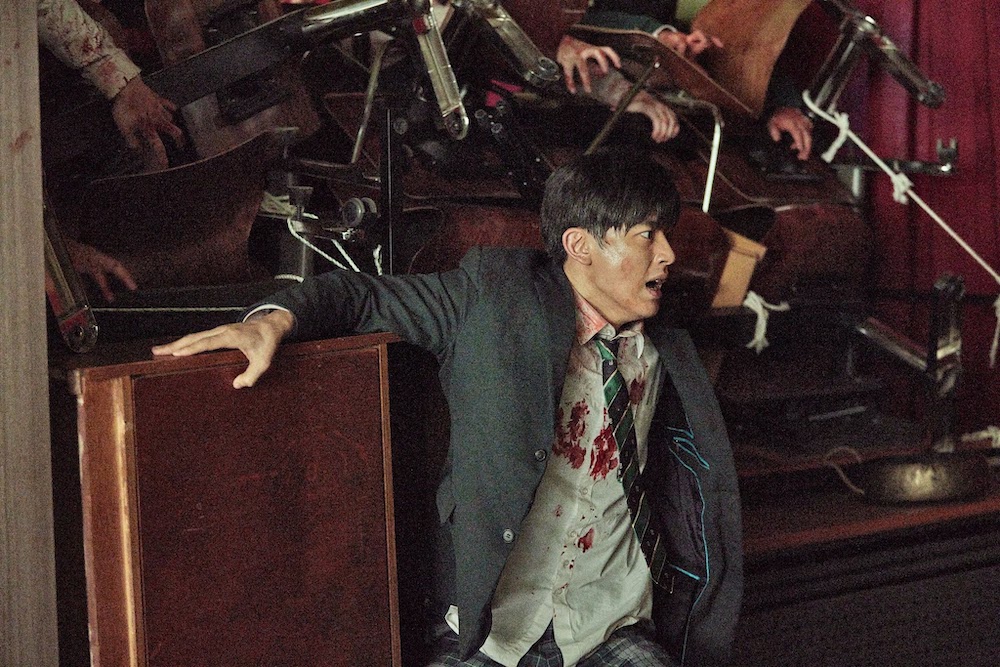 The teaser trailer also shows how the zombie horde grows quickly and spreads across classrooms, the cafeteria, and the schoolyard, reaching every corner of the school. Finding themselves completely trapped, Cheong-san and his friends desperately seek rescue but not a single person believes that the zombie outbreak is real.

The students finally realize that they are the only people who can save themselves, and decide to fight against the zombies by any means necessary. Having lost their friends, teachers, and safe haven overnight, would these kids be able to counter the zombies that were once their friends and escape the school safely?

Watch the official teaser below.

All of Us Are Dead will have a total of eight episodes, with each episode having a runtime of approximately 42 minutes each.

The first nine episodes of the original comic published from 2009 to 2011 have been translated in English and are currently available to read for free on WEBTOON. However, the rest of the original webcomics online are in Korean.

The zombie genre has proven to be a big hit for streaming giant Netflix, and Korean-made productions and thrillers have been received positively by audiences, following last year’s Squid Game and Hellbound.

In 2019, the streaming platform first released Kingdom, a historical period and political drama series set in XIV century Korea, where a deceased king rises and a mysterious zombie plague begins to spread.

In 2020, the South Korean movie #Alive reached Netflix’s most-watched global ranks, with a story of a video game live streamer's struggle for survival in his apartment in Seoul during a zombie apocalypse.

TAGS: Netflix K-drama zombies Webtoon All of Us are Dead Korean horror