Get ready for All of Us are Dead, a live-action adaptation of a legendary Korean zombie webtoon slated for worldwide release on Jan. 28.

The upcoming Netflix original series follows a group of students trapped in a high school who find themselves in dire situations as they seek to be rescued from a zombie invasion of their school.

To kick off the New Year, Netflix released a teaser poster and date announcement trailer capturing the intense suspense we can all look forward to.

All of Us Are Dead is based on the popular webtoon Now at Our School by Joo Dong-geun, dubbed as a ‘Korean-style zombie graphic novel.’ The digital comic series was originally published between 2009 and 2011.

The official synopsis for the webtoon reads: "Life at Hyosan High School is nothing special… until the students realize they’re in ground zero of a deadly virus that turns its victims into flesh-eating monsters. As the virus tears through their schoolmates in a matter of hours, they realize they have nowhere to run. Trapped in their high school with zombified versions of their friends and teachers, they must find a way to fight—and escape with their lives."

Ever since news came out that Netflix was adapting the webtoon into a series, the project has become highly anticipated. 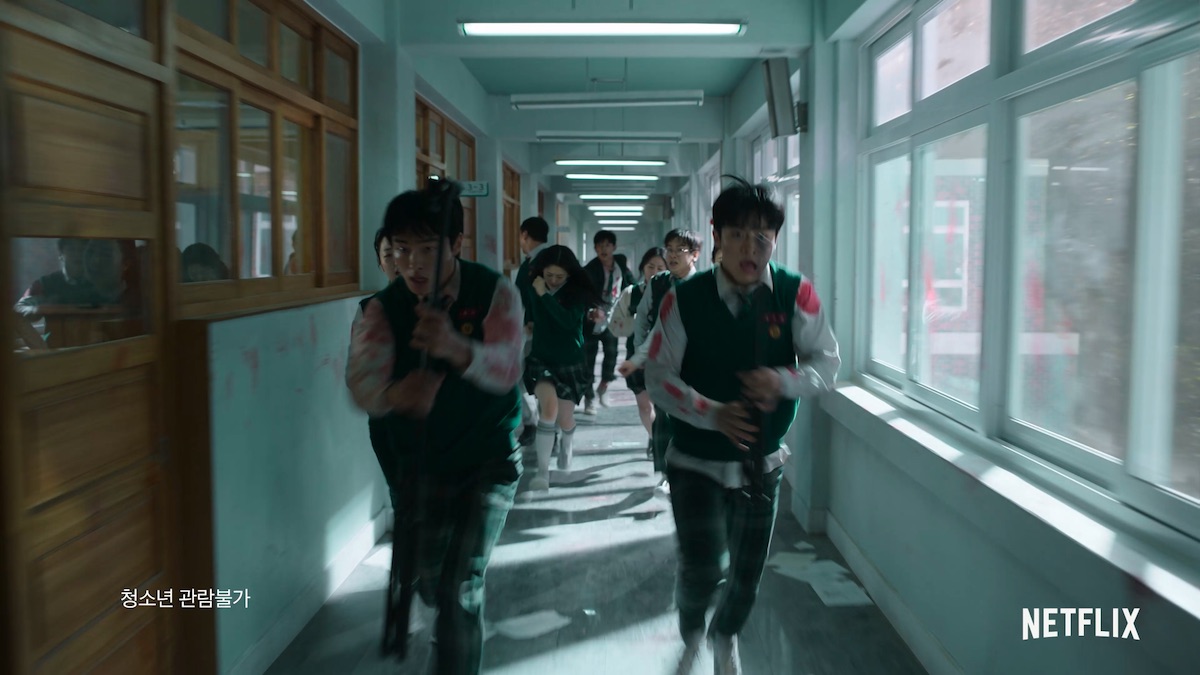 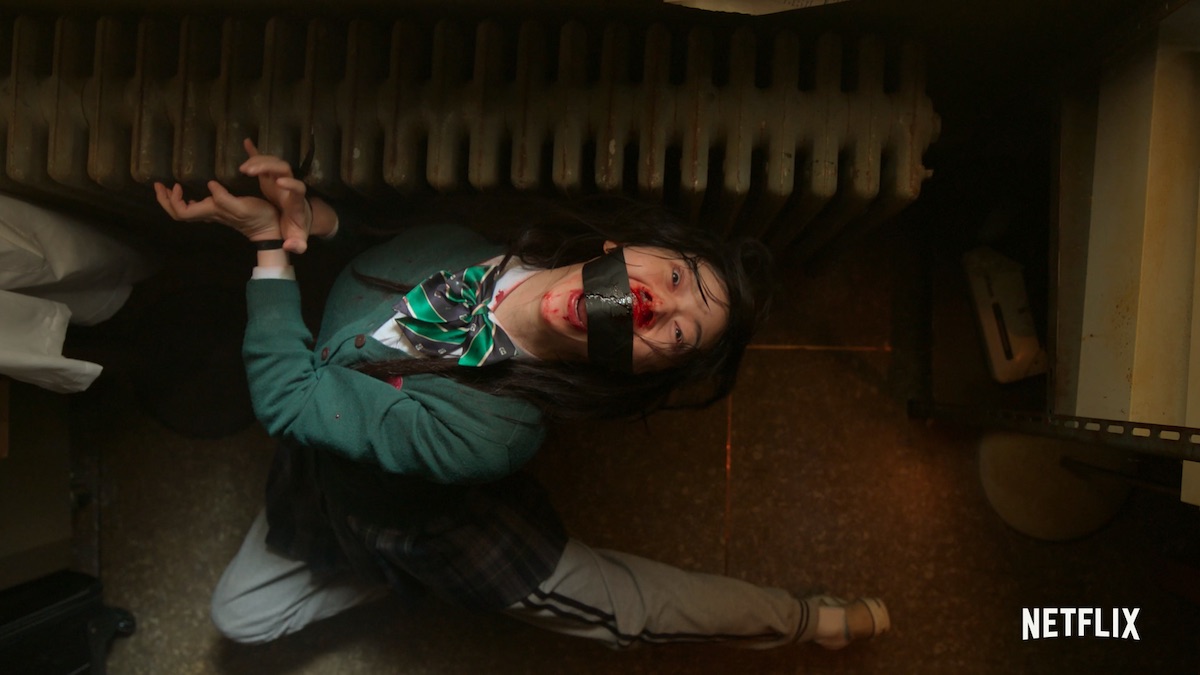 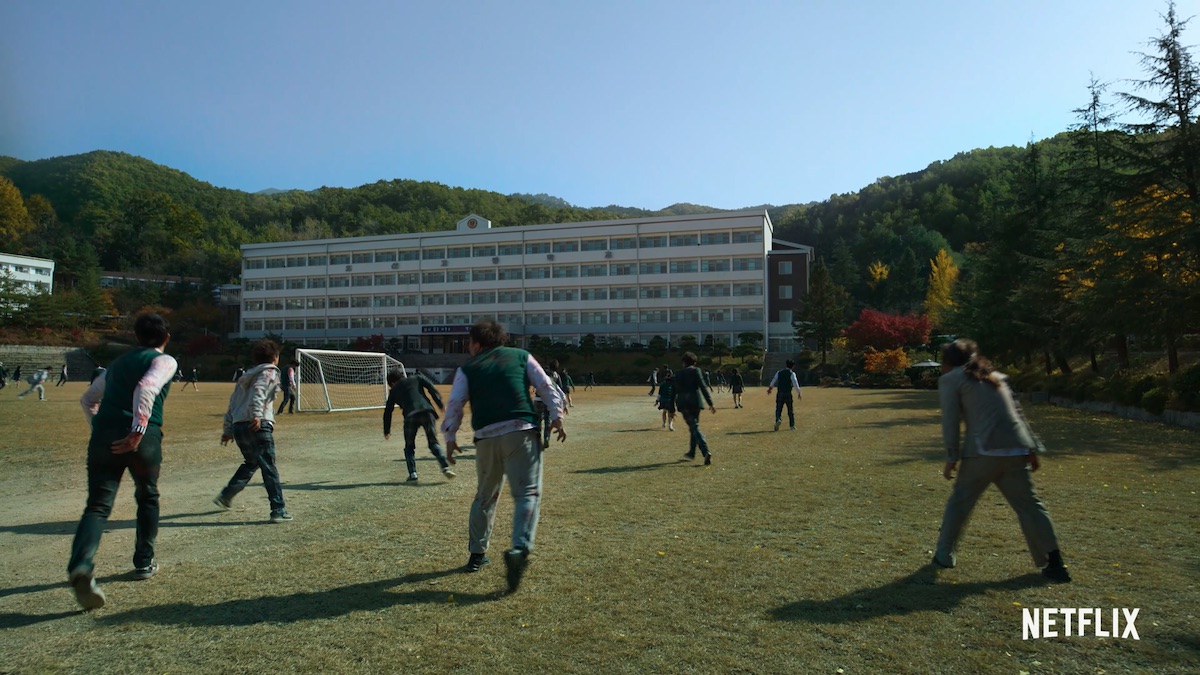 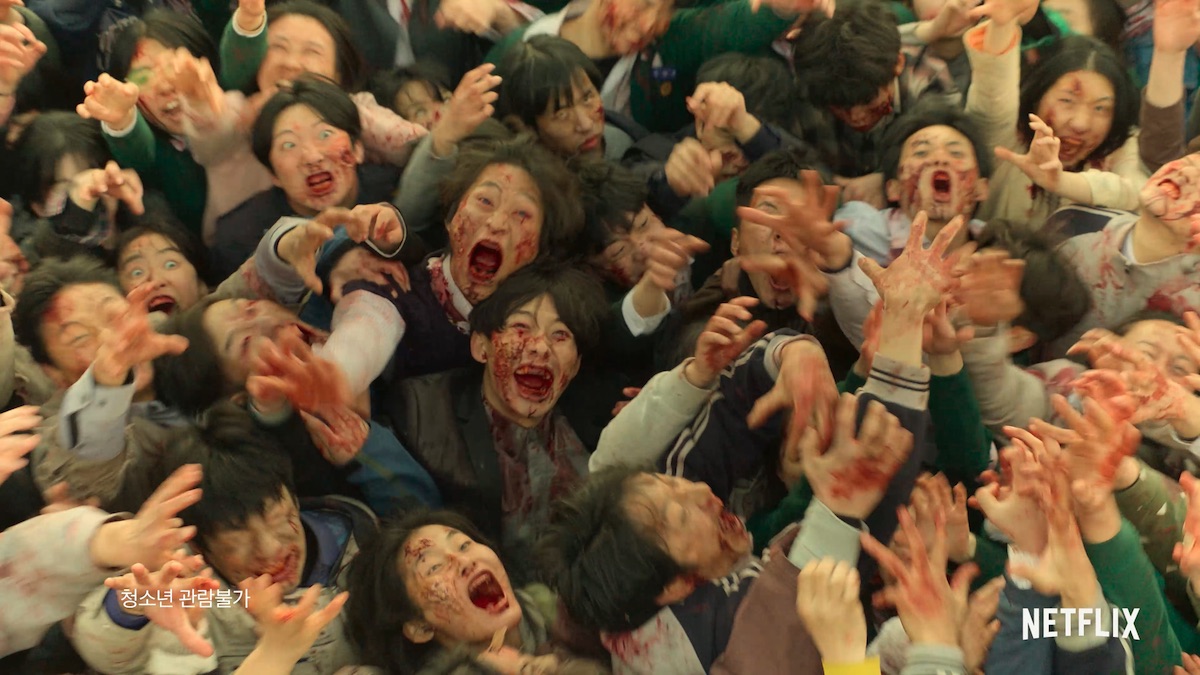 The series comes from Director Lee JQ who touched off multiple crazes following the TV series Beethoven Virus, The Legendary Police Woman, and the recent hit film Intimate Strangers; and writer Chun Sung-il, known for his unlimited range across various genres with TV series LUCA: The Beginning, The Slave Hunters, and film series The Pirates. The duo partnered up to capture a group of teenagers’ desperate struggle for survival in just another ordinary school.

The date announcement trailer gives a striking glimpse of the intense battle between students-turned-zombies and survivors desperate to escape.

It opens with a student in the school lab, inviting the audience to find out more about the virus that creates total chaos. The horrific visuals of students infected by the mysterious zombie virus and stunning action set in different parts of the school are also a must-watch.

Trapped in a virus-ridden school with no cellphones, no food, and nobody to take care of them, the students reach for desk lamps, bookshelves, and bows to defend themselves from zombies In a desperate fight for survival. All of Us Are Dead will open up a completely new chapter in the history of zombies with a story of daring teenagers who manage to find love and friendship even amidst a zombie apocalypse.

Check out the action-packed date announcement trailer below.

All of Us Are Dead is set to be released worldwide on Jan. 28 on Netflix.

TAGS: Netflix zombies All of Us are Dead Korean series