Sucker Punch Productions has announced that the Legends update on Ghost of Tsushima will finally launch on October 16, 2020.

According to a recent PlayStation blog post, the free 1.1 update will introduce a brand-new co-op multiplayer mode to the samurai adventure game along with new features including a flower merchant, Armor Loadouts, New Game+ and more.

First announced in August, the core update of Ghost of Tsushima: Legends contains the new two-player story missions, four-player survival missions as well as a Raid option that is slated to be released a few weeks after the launch of Legends.

The Legends' Story Missions is a new multiplayer option that will take players through Gyozen’s stories in order to uncover what’s really happening in Tsushima. Players will face tougher enemies, new encounters, bonus objectives, and greater rewards when they unlock higher difficulties.

In Survival Missions, players can team up with up to three people to take on “waves of enemies while defending different locations in Tsushima.” They can also activate blessings like “ignite enemies” or “summon a Spirit Bear.” In addition to that, players can also earn more rewards the longer they survive and the more bonus objectives they complete.

Raid, meanwhile, “is an epic three-part adventure that will require excellent teamwork and communication to overcome.” The option will require "all your skill, top-tier gear, and a great 4-player team to be able to survive in Iyo’s realm."

The studio also provided new details on the four new classes that can be played in the new Legends update. Each character (Samurai, Hunter, Ronin and Assassin) will have their own unique ability at the beginning and can unlock alternate ability as the player progresses. Apart from that, players can also earn class-specific Charms and range weapons. When playing with friends, they may either choose the same class or mix and match the combinations.

The Samurai can “run straight toward combat and stay there, sustaining their health while chopping enemies down left and right.” Players can use its ultimate attack called Hachiman’s Fury when overwhelmed to “slash through enemies in a flurry of strikes.” 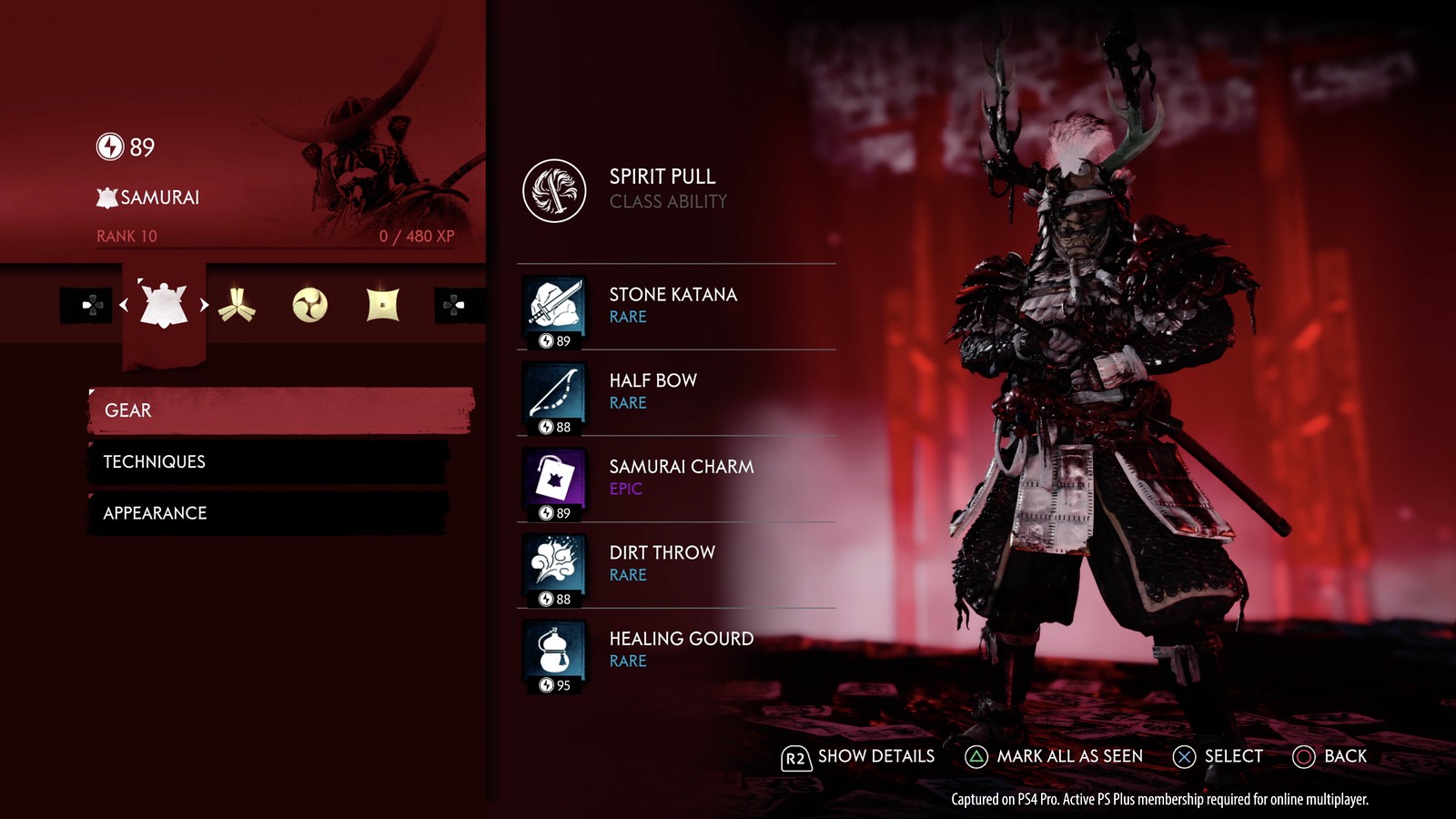 The Hunter “can stand on the edge of combat and snipe enemies before they even see you.” Apart from its explosive arrows that can slow down groups, it also possesses the Eye of Uchitsune which allows players to unleash multiple arrows straight to their enemies’ head. 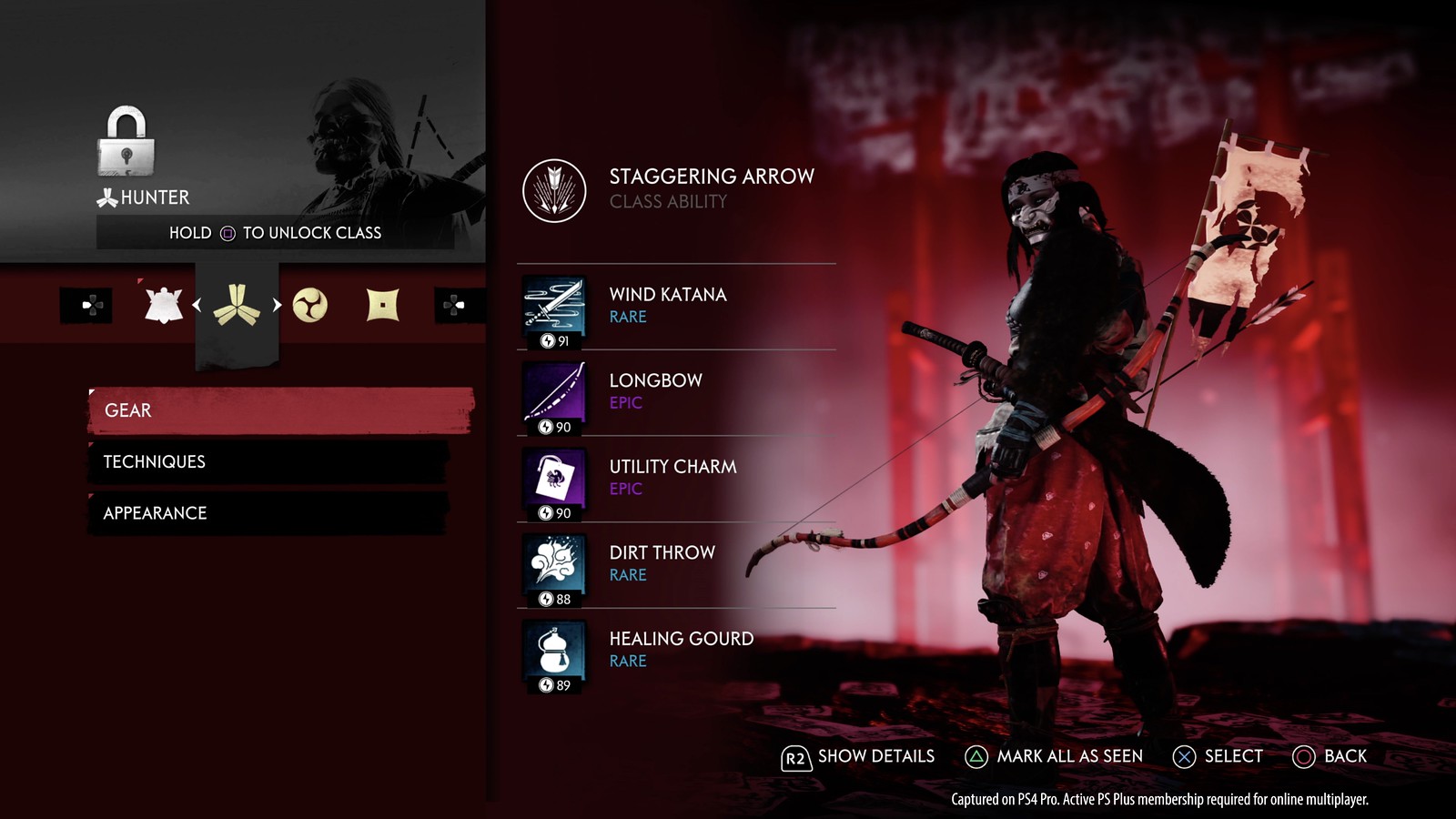 Ronin, on the other hand, can revive the entire team using the Breath of Izanami ultimate ability. But apart from bringing its fallen companions back to life, it can also summon a Spirit Dog that players can pet in the game. 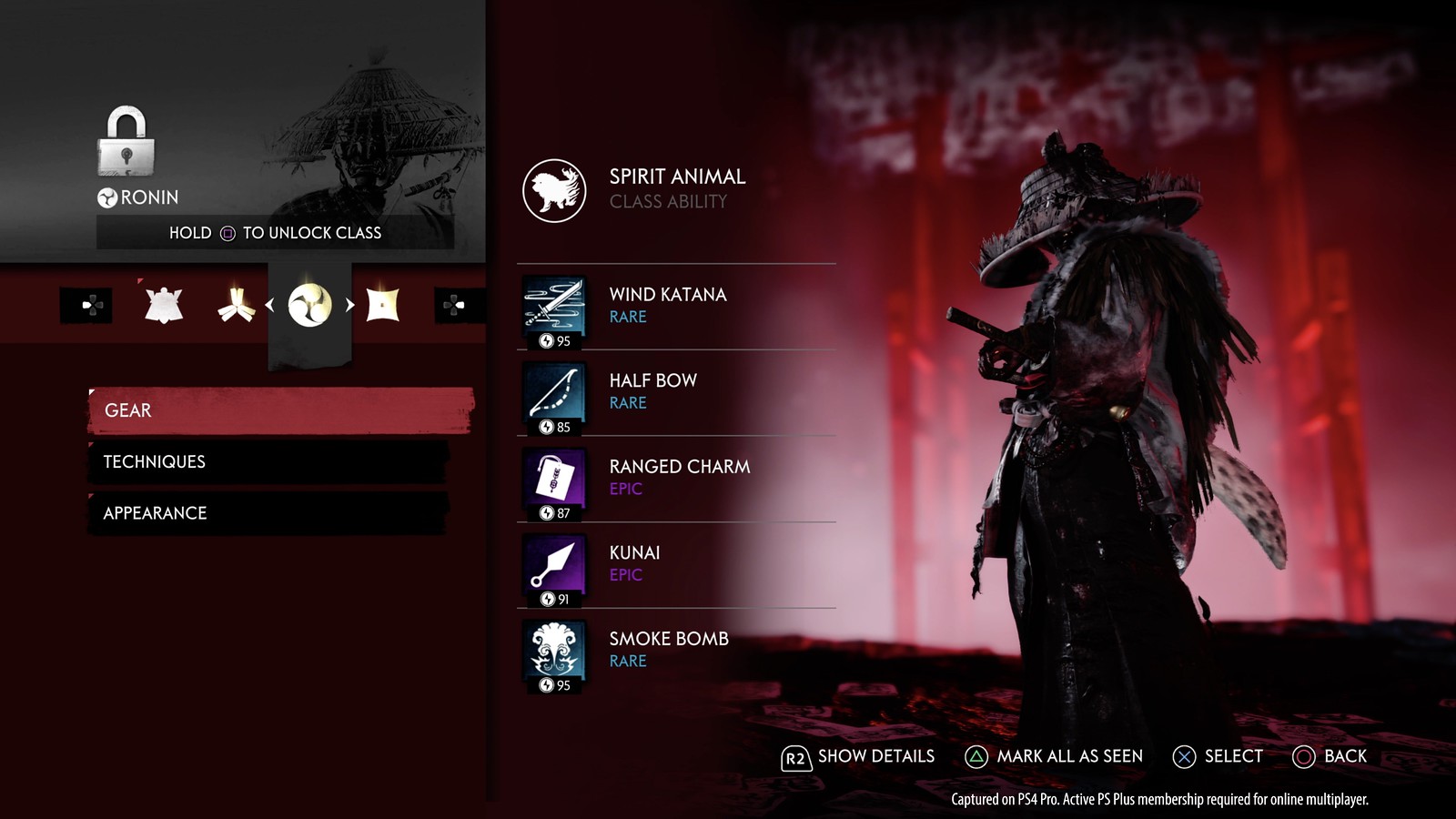 Assassin players, meanwhile, can deal massive damage to enemies. Using the Shadow Strike ultimate attack will allow players to “teleport across the battlefield and directly strike” the enemies. Oh, and apparently, the Assassin can also wear a number of terrifying masks. 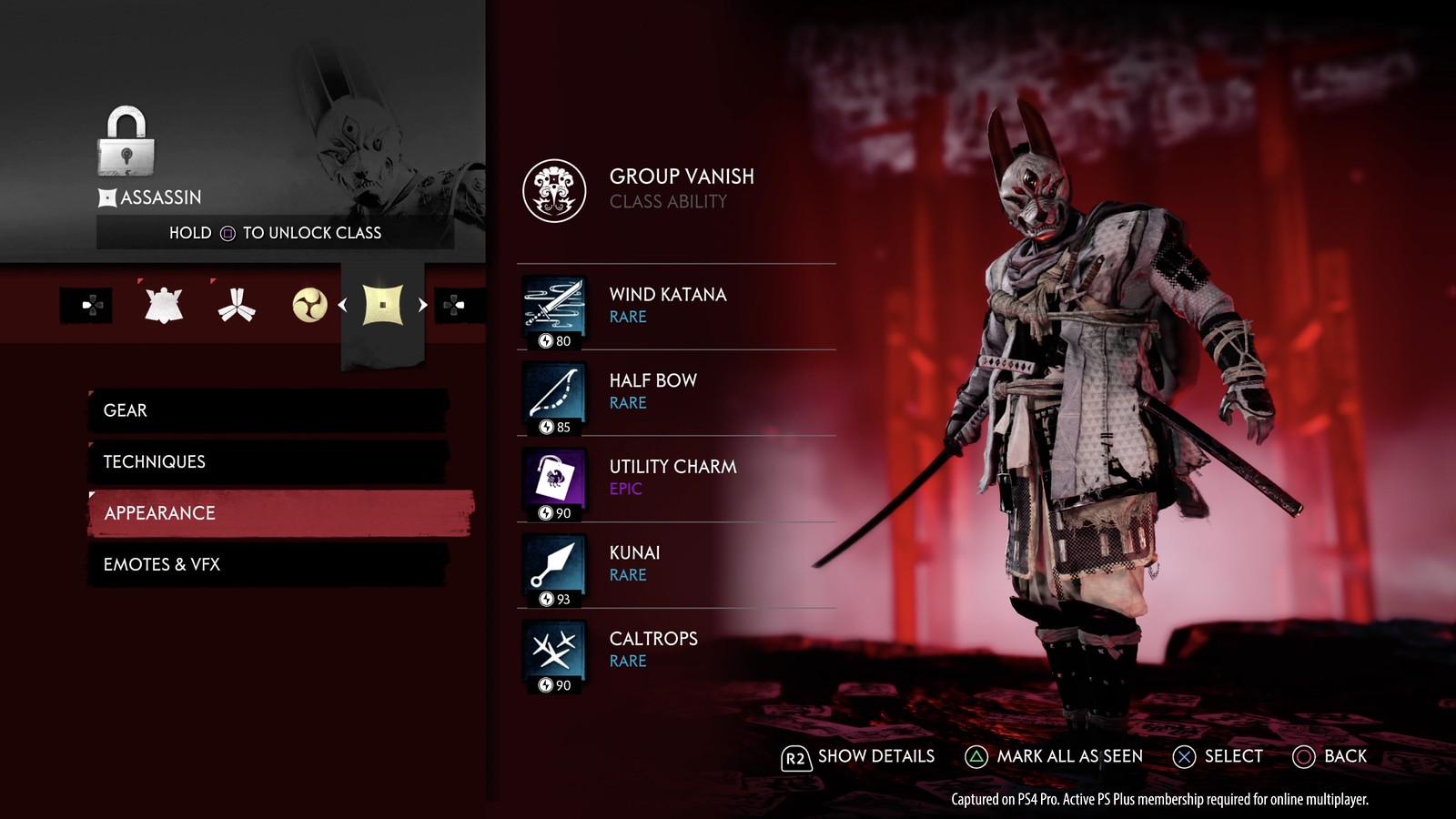 For those who already finished Ghost of Tsushima, the Legends will allow players to take on Jin’s enemies in New Game+. Players get to keep all their techniques, gear and vanity items obtained in the previous playthrough while the game’s difficulty will also be increased. New Game+ players will also receive a new vibrant red mane and a unique saddle along with powerful Charms that can boost Jin’s capabilities. Players will also be able to unlock an additional upgrade for their sword, bow, and armor.

Legends will also introduce the Armor Loadouts option, which will allow players to assign all Charms and vanity items to each armor set in order to quickly navigate between loadouts to match their specific playing style.