Meta's WhatsApp is finally getting emoji reactions, announced CEO Mark Zuckerberg on May 5.

The upcoming feature will let users express their feelings toward a message without needing to send an individual emoji as a separate message.

According to WhatsApp head Will Cathcart, the first reactions coming to the app are 👍❤️😂😮😢🙏 . All the other emojis and skin tones will come soon, too. 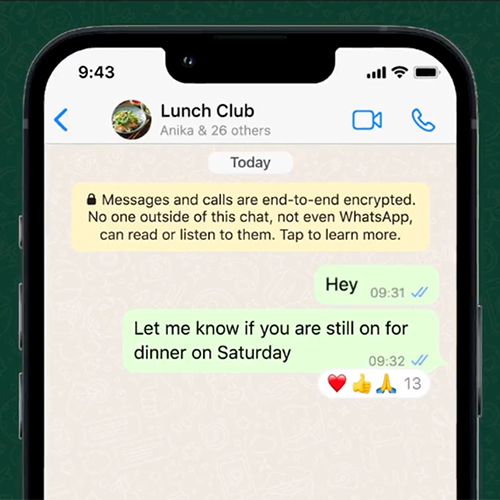 As of writing, the reactions feature isn't available yet on WhatsApp for iOS and Android in the Philippines.

Alongside the emoji reactions, WhatsApp's latest update will allow users to share larger files of up to 2GB at a time and conduct 32-person group conference calls.

5 alternative chat apps you can use besides Messenger and WhatsApp