Like many Filipino kids, I grew up as a PlayStation owner. The first time I ever laid eyes on a video game console was when my older cousins were playing Space Jam, which was my favorite movie as a dumb kid. Soon, my parents got me my own PlayStation and games like Marvel Super Heroes vs Street Fighter, Mega Man X4, Suikoden II, and, sadly, Space Jam are some of my earliest memories with the platform.

Soon after seeing how video games would take over my life, mom and dad decided to show me their Nintendo Entertainment System (NES). They then showed me Super Mario Bros, a game packaged with every NES, and my mom was the queen at this game. She showed me how to get 99 lives and how to beat Bowser, who made little Nico have a tantrum several times. More importantly, mom showed me that old games can be the bee's knees. 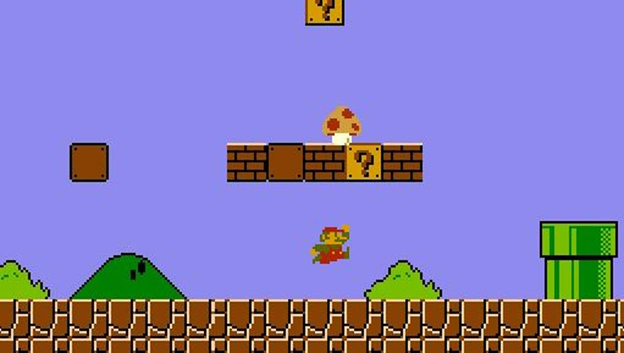 Even with that, I was still more of a PlayStation kid and was never really into any Nintendo franchises outside of Pokemon. Gaming magazines like Electronic Gaming Monthly did show me a number of games I was missing from the Nintendo 64 and Dreamcast but none of them blew my mind, not even Super Mario 64. I had Crash Bandicoot and Spyro for my platforming needs after all.

Years later, I started appreciating gaming history and Nintendo more. I now own a Nintendo Switch and it got me to experience a number of these beloved franchises for the first time. Super Mario Odyssey, The Legend of Zelda: Breath of the Wild, and some SNES games via Nintendo Switch Online made me realize how many good games I missed growing up.

With both NES and SNES games now on Nintendo Switch Online, my hope for N64, Gamecube, and Wii games to be added continues to grow. 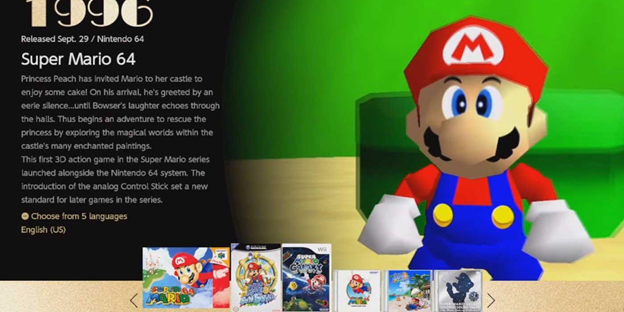 While that dream hasn’t happened yet, we do have Super Mario 3D All-Stars, a collection of the first three 3D Super Mario games, as the title implies. I finally played Super Mario 64 for the very first time. Does it make me wish I grew up with a Nintendo 64 instead of a Sony PlayStation? Almost.

First off, if my younger self would see these graphics, he might have liked it but not be too impressed. Mario 64’s visuals definitely show off their age but as a launch title for Nintendo’s new system, along with the recent birth of 3D gaming, this isn’t too bad.

The game still has a ton of personality with these chunky 3D models and the worlds are still visually interesting. I’d rather play this over the original Final Fantasy VII, that’s for sure.

Gameplay-wise, Mario 64 is a blast. Pulling off triple jumps is fantastic and just moving around such a big area was so much fun for some reason. I explored the outside of Princess Peach’s castle for a few minutes before going in because my lizard brain was telling me to look for some collectibles right away.

Everyone will tell you that Mario 64 was important to 3D gaming since it showed us that this wasn’t just a gimmick; 3D can actually make games play better. While we all know that, experiencing how influential this game was to the future can be downright shocking.

There’s a section in the game’s second world where you actually have to walk quietly so that a Piranha Plant doesn’t wake up, a feature prominent in every 3D stealth game ever made. Exploring the open areas to find collectibles is something you would associate in a modern open-world game but that’s also pretty prominent here.

It’s also a game that encourages replaying old levels since you can get more gold stars by beating new objectives and is probably why gamers are always asking for endgame content from modern titles these days.

Seeing as how this game came out in 1996, there are definitely some dated elements now. Collecting a star is great and all but the game then boots you out of the level so you’ll have to jump back in the portrait to do the additional objectives since it’s not possible to complete them all in one go.

The game also tries its best with limited camera movement but that can also lead to some frustrating moments when trying to reach certain collectibles. Mario’s punch combo is also crap and you should just focus on jumping to kill enemies. 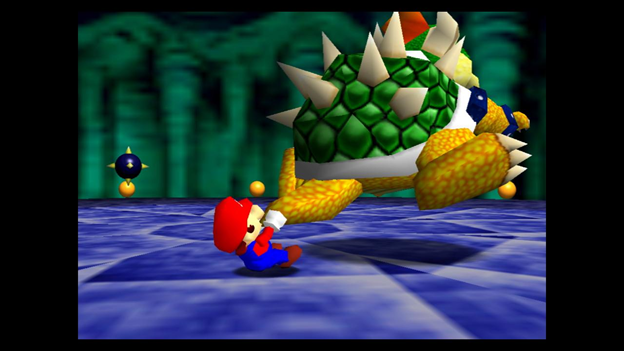 With all that said, the fact that Super Mario 64 controls like a dream and is still fun to this day is a monumental accomplishment.

I hate to sound mean but going back to older games isn’t always fun. The original Devil May Cry still has good combat but that’s in-between lame puzzle-solving and a couple of shoehorned-in gameplay elements (if you like those underwater shooting parts, you’re a liar.) Final Fantasy VII is just so darn ugly now and random battles can be annoying so you can see why the HD remaster and the remake are much better options for you. Kingdom Hearts has the best story in the franchise but combat and movement are so much better in the convoluted sequels that I’d rather play those again.

Yes, I would rather play Super Mario 64 over those games. In fact, I’m gonna play some Mario 64 right now. Why? Because it was, and still is, a really good game.