The PlayStation 5, regarded as one of the highly-anticipated consoles of the year, and the flagship for next-generation gaming, is finally making its grand debut in a couple of days.

While many upcoming AAA games and other promising news for the PS5 have been making headlines everywhere, most of them are slated to be released for 2021 and beyond. But that doesn’t mean that the new PlayStation will be unveiled all by itself on launch day. With its release comes a lineup of the first batch of PS5 titles that will serve as the primer in experiencing the "new level of immersion" in next-gen gaming.

Take a look and get hyped for all the PS5 titles that will be available alongside the console’s Nov. 12 worldwide launch.

The latest title in NBA’s 2K series will be making it’s leap to next-gen status with new upgrades. In a commentary video uploaded by NBA 2K showcasing a demo of 2K21 for PS5, Visual Concepts executive producer Erick Boenisch and gameplay director Mike Wang showcased the next-gen update’s new features, including a new camera angle where players can see a side-on perspective of those sitting courtside.

Aside from the improved lighting, graphics, and player models, NBA 2K21’s next-gen update also highlights new mechanics like the impact dunking system and the reworked player foot planting systems to give the game a more realistic feel. 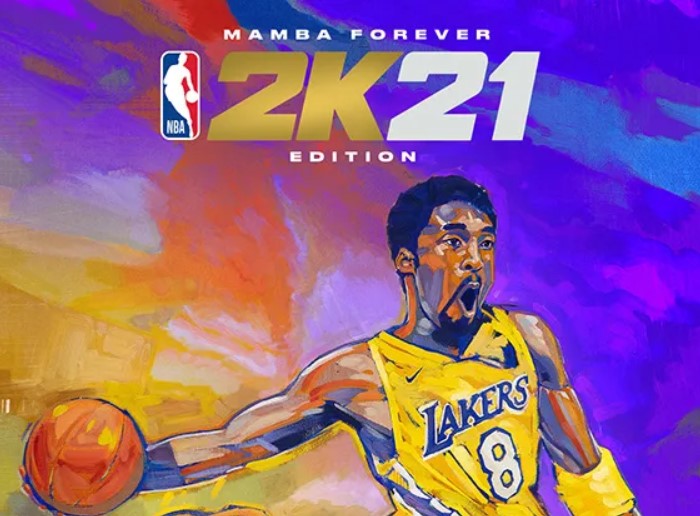 The next-gen update of the game is also set to launch "The W," an exclusive WNBA MyPlayer game mode. Players will be able to create their custom WNBA player and take her through a professional WNBA career.

“You now have the sandbox to go and create the league of your dreams. Control 12 teams, or take your favorite team from the lottery to championship rings over as many seasons as it takes,” says NBA 2K21 senior producer Felicia Steenhouse.

NBA 2K21 for PS5 will be available in Standard Edition and the Mamba Forever Edition.

Swinging through launch day is Spider-Man: Miles Morales, the sequel to 2018’s Marvel’s  Spider-Man, and the much-awaited game for Marvel fans, particularly those who fell in love with the Into The Spider-Verse film. 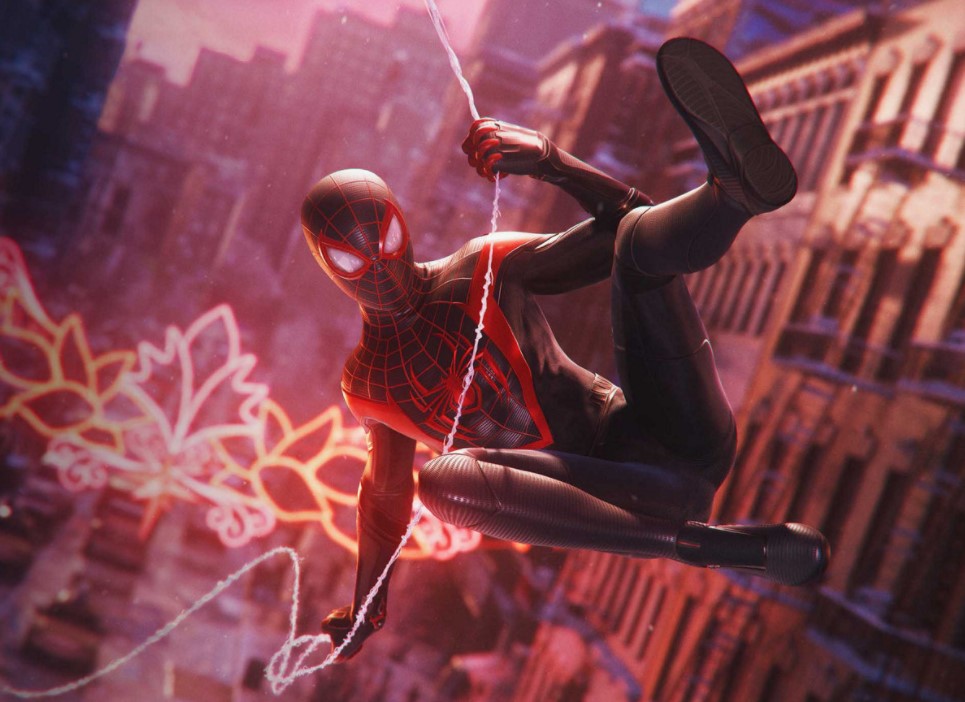 Accompanying Miles’ adventure in this next-gen title from Insomniac Games are well-known characters straight out of the comic books, including Spider-Cat, the bodega cat that Miles rescued and has since become his trusted sidekick, and even Miles’ "Spider-Verse" costume with purposely lowered frame rates to mimic the animation from the film.

The game that defined the series of challenging Souls games will be reborn for next-gen gaming at launch day. Dominate the realms of the daunting world of Boletaria and become the rightful Slayer of Demons in Demon’s Souls, a remake by PlayStation Studios and Bluepoint Games for the PS5.

The remake of Demon’s Souls includes new features exclusive to the PS5, making each boss fight an immersive challenge not only due to the improved visuals, but also the haptic feedback integration and immersive 3D audio to amp up the already-difficult Souls experience. 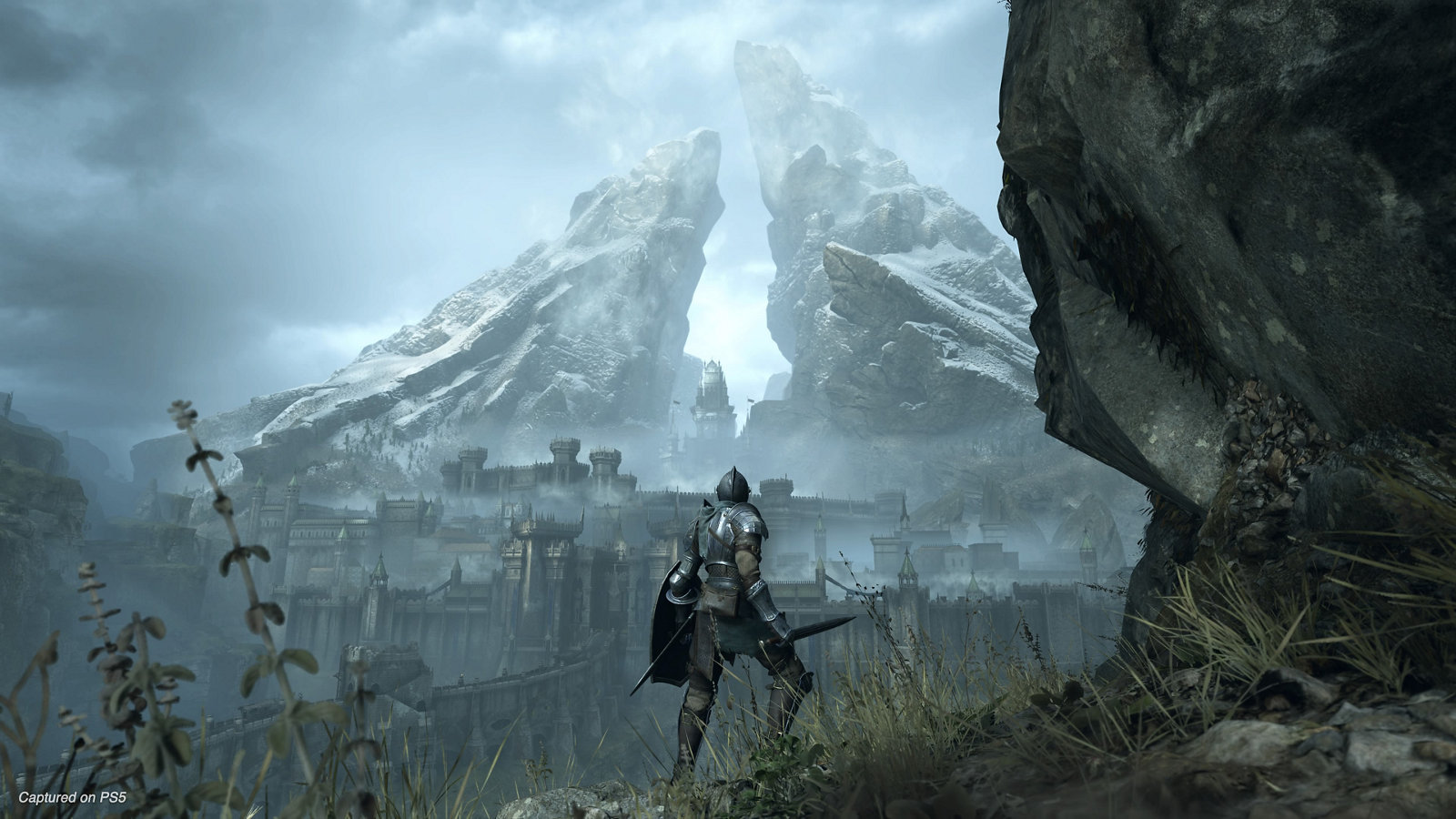 As if the next-gen Souls experience isn’t hard enough, Demon’s Souls also has a ton of new content. One example is the Fractured Mode, which is essentially a mirrored mode of the game where the map is reversed.

When asked about the true difficulty of Demon’s Souls, here’s what the creative director of Bluepoint Games, Gavin Moore, had to say, “There is no easy option in Demon's Souls. It's true to the original in that it's a fair challenge based on you learning the enemy patterns, you learning the environment, and taking on that risk-reward of the combat system. So there's no easy option.”

A fresh and modern take on the third-person action-RPG genre will make its debut with Godfall,  a brand new looter-slasher exclusive PS5 title from Counterplay Games.

Vanquishing enemies rewards players with legendary weapons and unique armor sets called Valorplates, which provides the player an array of skills and effects that are crucial in future levels. 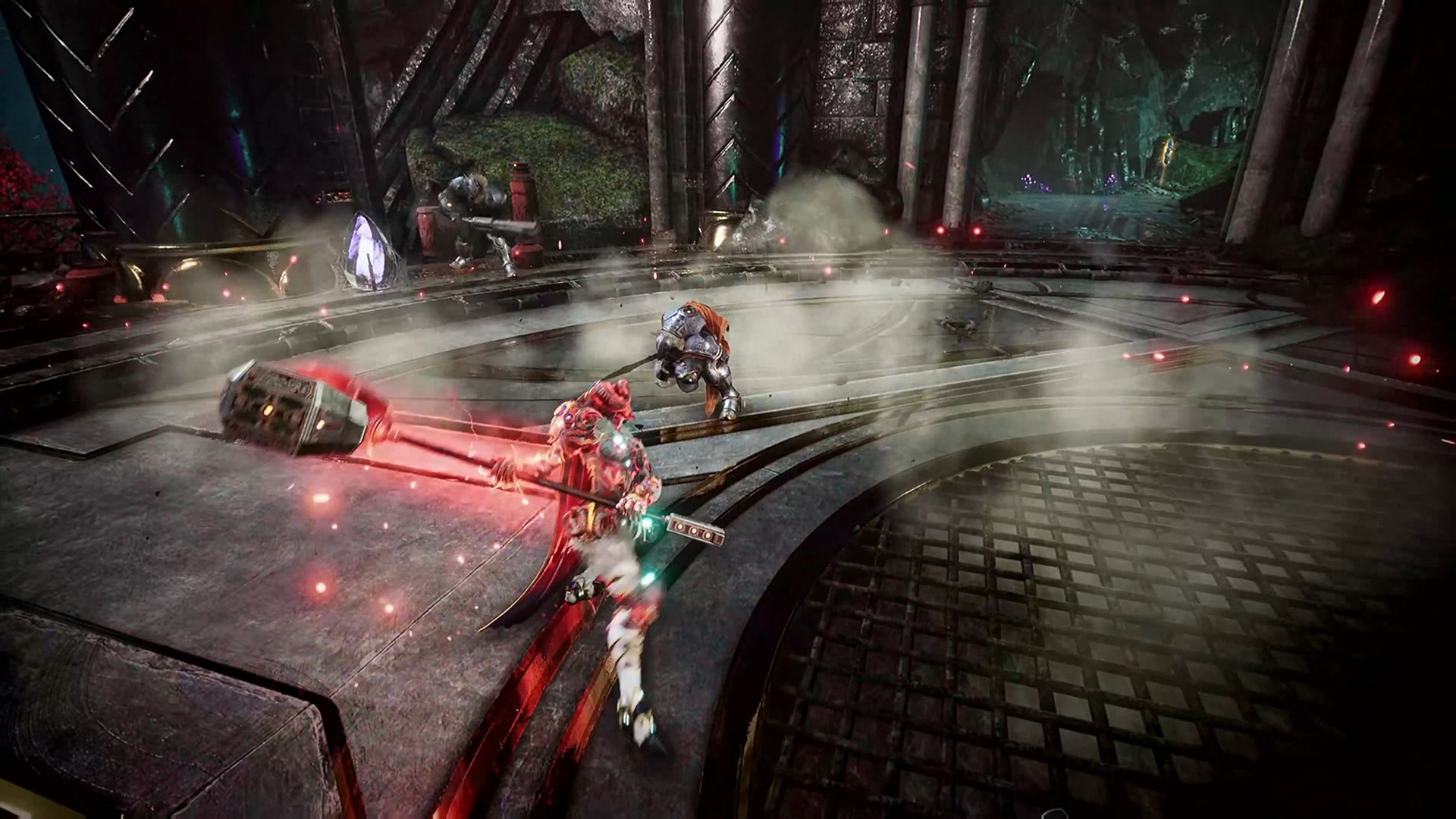 As a brand new title made for next-gen gaming, Godfall utilizes the most out of PS5’s DualSense controller to amplify the player’s control and overall experience. One example is witnessing the difference in power and weight of their wielded weapon.

“Not only have we been tuning the haptic feedback on a per weapon class basis – we’ve dug into the individual attacks and tuned them to get the feel just right. We really wanted to challenge ourselves to push the limits of this system, aiming to have the players feel each and every swing,” according to Dick Heyne,  Godfall’s Technical Producer.

Explore England’s Dark Ages as Vikings on a quest for glory with Assassin’s Creed: Valhalla, the latest installment in Ubisoft’s award-winning series.

Set in 873 AD during the Viking invasion of Britain, Assassin’s Creed: Valhalla tells the story of Eivar, a Viking raider who gets caught between the conflict of the Brotherhood of Assassins against the Templar Order. 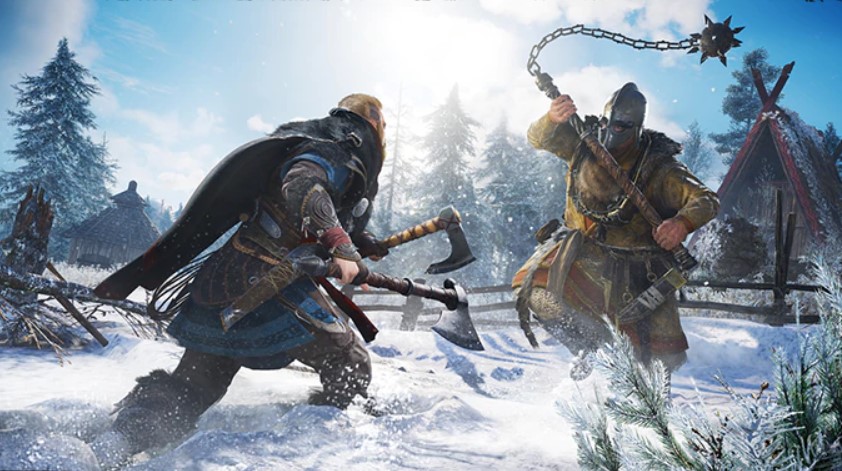 Some of the main highlights of Assassin's Creed: Valhalla will let players lead Viking raids against Saxon troops and fortresses in the visceral fighting style of Vikings, travel in the open-world environment from the shores of Norway to England, and even grow clan settlements to further the Viking’s political power across the land.

Developed by Giant Squid and published by Annapurna Interactive, The Pathless is an open-world action-adventure game played in third-person perspective.

Players take control of "The Hunter," who’s main objective is to dispel a curse of darkness that grips their world in order to restore light to the land. 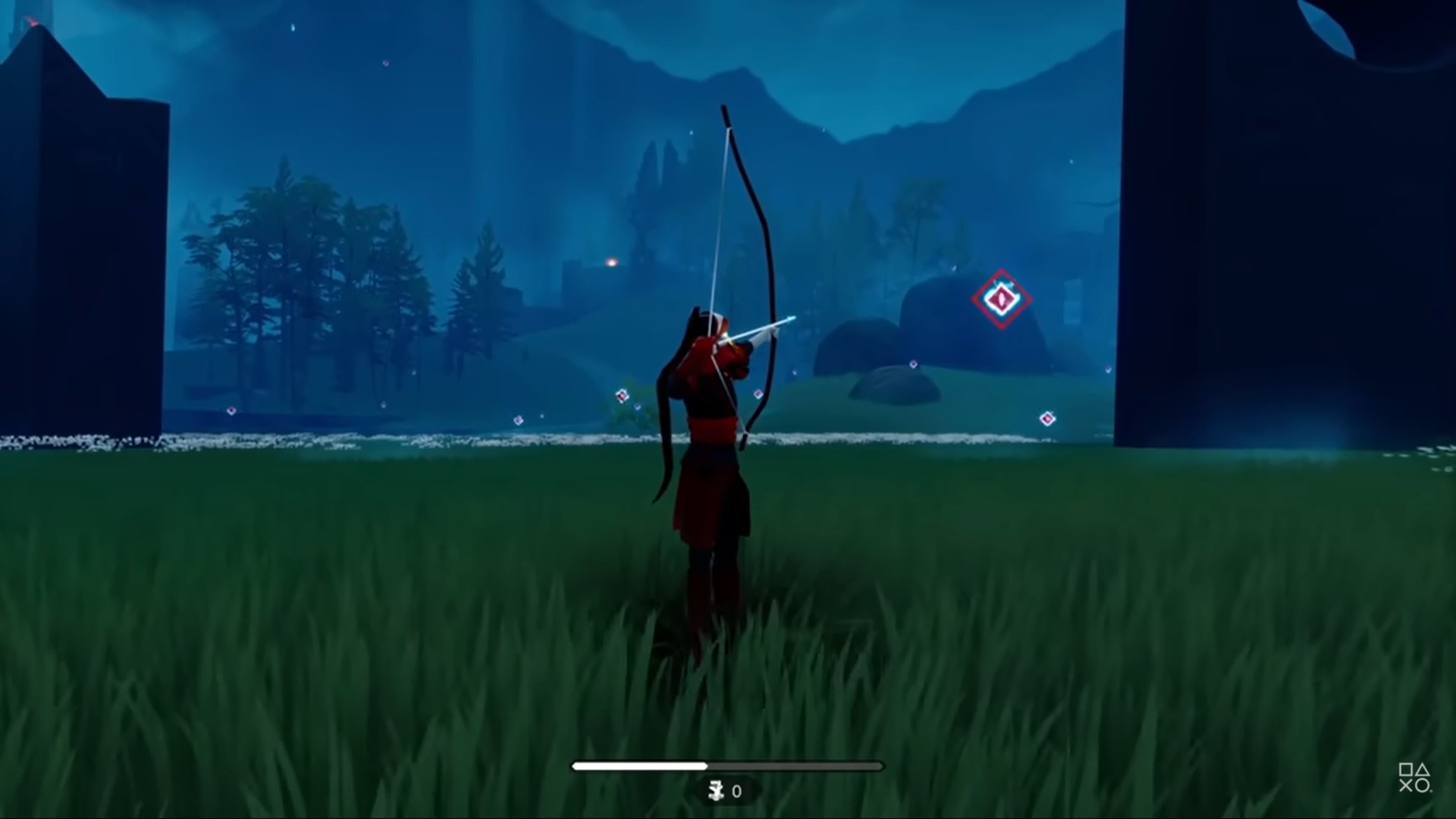 “The Hunter is a master of archery. She can shoot talismans to fill her dash meter which allows her to bound across the landscape,” says Matt Nava, creative director. “Fluid, dynamic movement is at the core of The Pathless, so the game’s unique take on archery is all about timing, not aiming down sights.”

The Hunter is also accompanied by an eagle who players must take care of  in order to utilize its abilities in exploration and combat.

To fully be immersed in the world of The Pathless, the game does not feature a mini-map. Players must instead use "Spirit Vision" to find locations of interest and crystals which can be used to upgrade your eagle companion’s abilities to escape and fight against giant cursed spirits.

Returning to consciousness in next-gen format is Observer: System Redux, a first-person psychological horror game set in the dark cyberpunk future in the year 2084.

Players are put in the shoes of an Observer,  a neural police detective named Daniel Lazarski, who is portrayed by Blade Runner star and cyberpunk icon, the late Rutger Hauer. 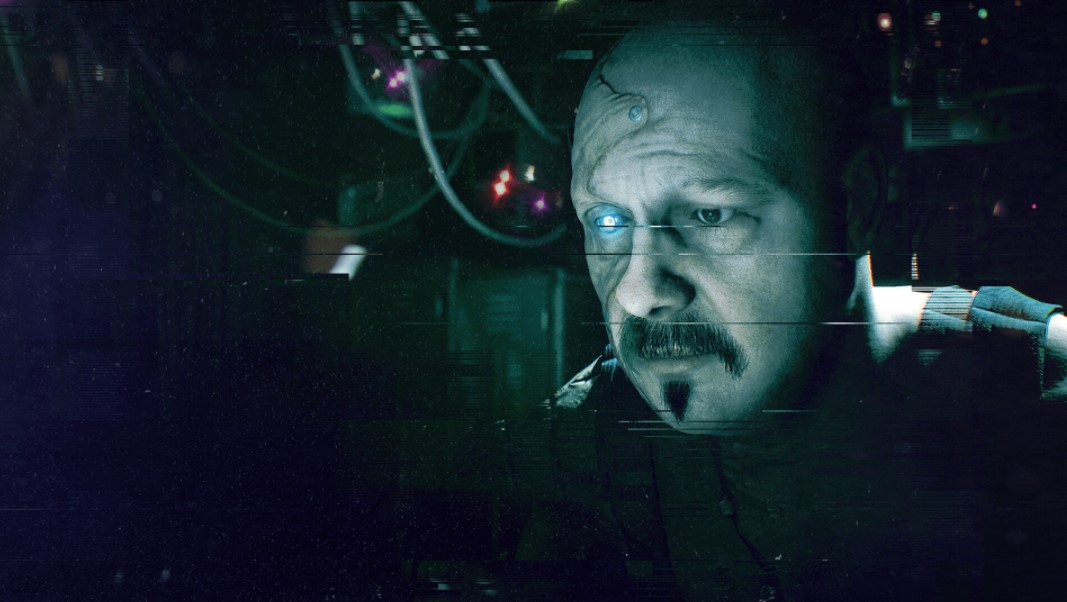 Equipped with the "Dream Eater," his mission is to hack into the jagged minds of suspects and make use of anything they felt, thought, or remembered that will help solve cases, at the cost of endangering his sanity.

A remaster of the 2017 horror game, Observer: System Redux has since enhanced its visuals and completely takes advantage of next-gen capabilities to minimize loading times, run smoothly at 60 frames-per-second, and even install new story cases, puzzles, mechanics, and more terrifying dream eater sequences.

Off-road racing is speeding its way to launch day with Dirt 5, the latest title in the long line of Colin McRae Rally series of racing games. 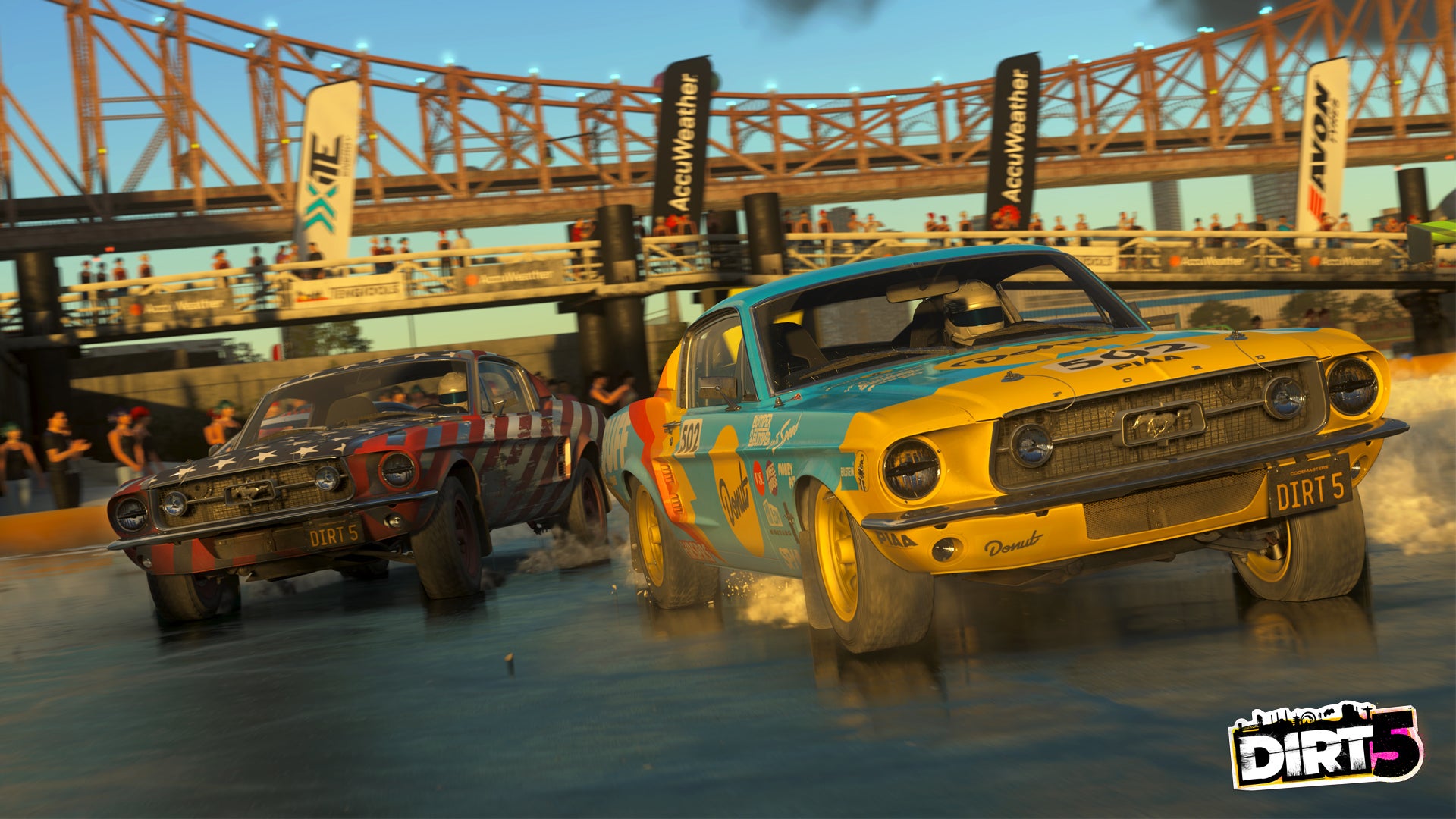 Aside from driving a roster of vehicles ranging from sprint cars to trucks and buggies, Dirt 5 gives the player access to over 70 routes across 10 global locations, own the spotlight and ascend the ranks in Career mode and even create racing arenas with different modes available in Playgrounds.  Players can also play online, or play locally in Dirt 5’s four-player split-screen mode.

At first glance, Bugsnax may appear as a game for children. But underneath the wacky cartoon and the fun theme song written and performed by indie pop band Kero Kero Bonito, lies a mysterious story that may take a turn for the bizarre.

The player’s adventure begins after being invited by intrepid explorer Elizabert Megafig to Snaktooth Island, home of the legendary half-bug, half-snack creatures called Bugsnax. Upon arrival to the island, Elizabeth and her followers are nowhere to be found. Now it’s up to the player to traverse the cute and perilous Snaktooth Island to solve the mystery of Elizabeth’s disappearance, and figure out how eating the Bugsnax shapeshifts their body. 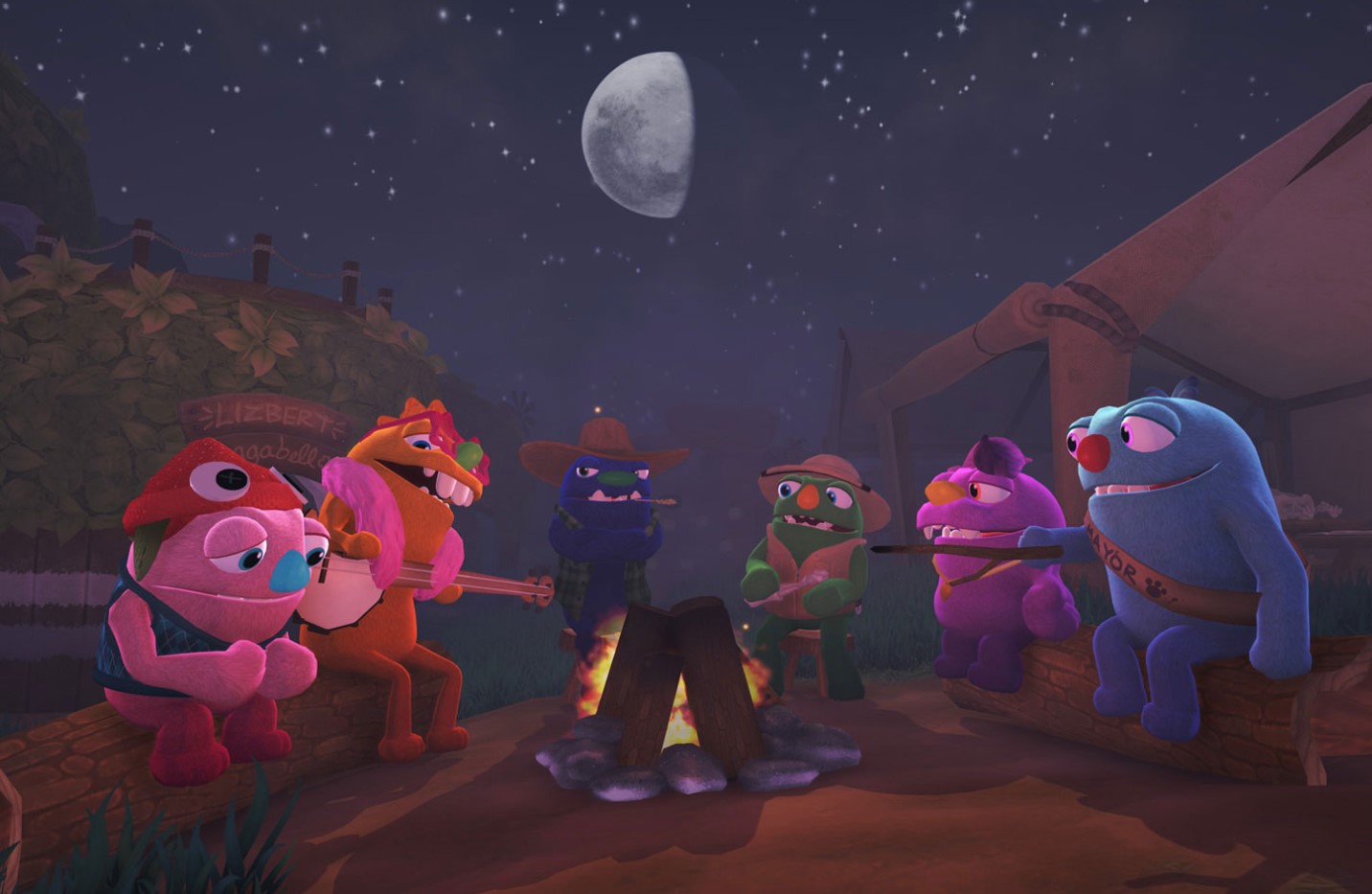 Bugsnax is developed by Young Horses, also known as the creators of Octodad. As part of the next-gen era, Bugsnax will also highlight the PS5’s DualSense haptic feedback feature to augment the feel of the game.

“Past vibration in games has felt good, it’s a nice addition, but it’s never been essential, I guess.” says Philip Tibitoski, President and co-founder of Young Horses. “Now, it feels like it makes a big difference in the game.”

Sackboy is back in action, this time in next-gen with Sackboy: A Big Adventure from Sony Interactive Entertainment.

This new 3D multiplayer platforming adventure takes players back to Craftworld as the titular character Sackboy, who is tasked to stop a near-mythical being named Vex in transforming Craftworld into a barren land. Sackboy must also rescue his friends, who the villain Vex has also kidnapped. 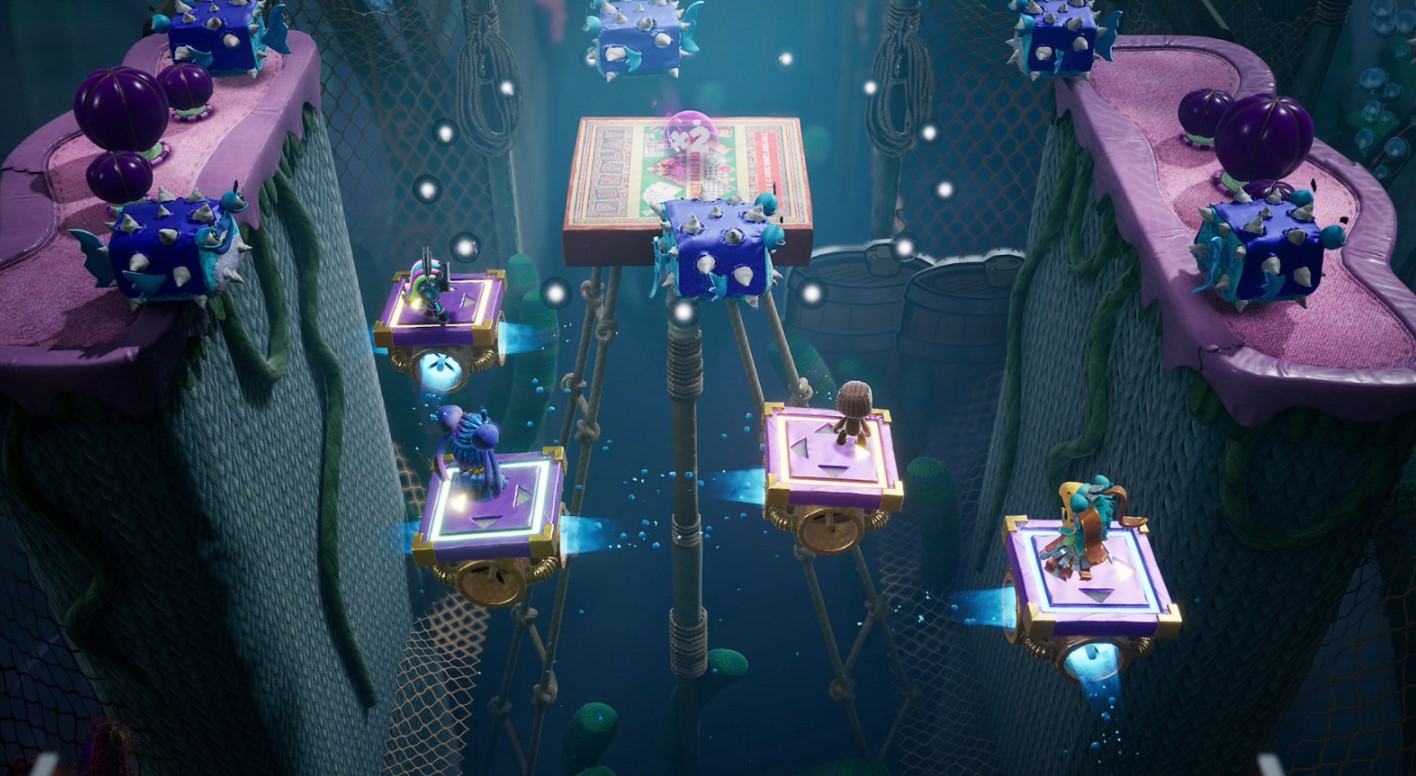 Making use of the new next-gen platform, Sackboy:  A Big Adventure features fast loading between and into levels, including multiplayer sessions. It also highlights the DualSense controller’s Tempest 3D AudioTech and the Haptic feedback system to immerse the player in Craftworld as Sackboy.