Jackie Chan and Arnold Schwarzenegger were two of the most sought-after action stars in the 80s and 90s respectively, raking in billions in the box office. But for all the blockbusters they made so far, the two haven’t shared the spotlight as adversaries in one movie.

The two-minute trailer sees a chained Master (Jackie Chan) and redcoat James hook (Arnold Schwarzenegger) facing off with each other in an engaging fight.

The synopsis reads: The English traveler Jonathan Green receives from Peter the Great an order to map the Russian Far East. Once again he sets out for a long journey full of incredible adventures that eventually lead him to the land of China. The cartographer will unexpectedly face a deal of breathtaking discoveries, encounter bizarre creatures, meet with Chinese princesses, and confront deadly martial arts masters and even the king of all dragons - the Dragon King. What could be more dangerous than meeting eye to eye with Viy, except doing it again? What would be stronger this time - a staunch skepticism of the scientist or the old black magic that has seized power of Eastern lands. 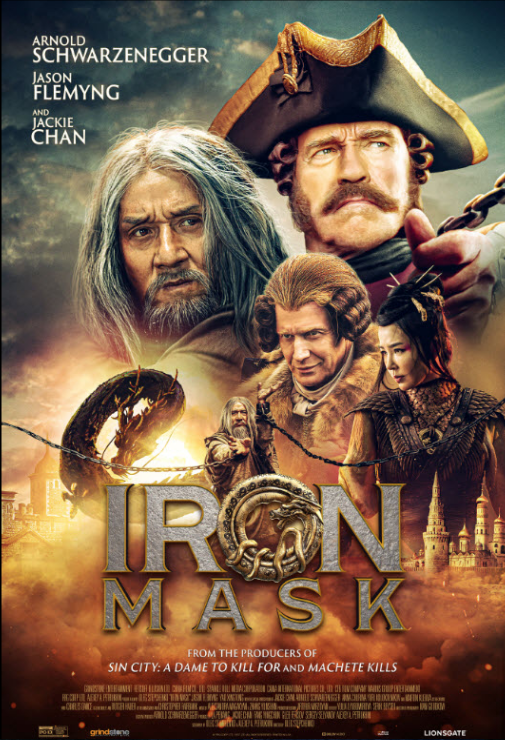 Set in the 18th century, the film is a high concept fantasy/historical epic with breath-taking fights and stunning CGI visuals. It is a follow-up to the 2014 film The Forbidden Kingdom / Viy that was loosely based on author Nikolai Gogol’s novel of the same name.

Lionsgate is scheduled to release Iron Mask direct-to-video in the US on Nov. 20.

Watch the trailer below: