Assane Diop returns in the second installment of the modernizing of Arsene Lupin, with Assane neck-deep in family problems that threaten to destroy relationships and lives.

As his own family is targeted, Assane loses the cool he has worked so hard to create by imitating the greatest gentleman thief in literature. Even he begins to doubt if he has what it takes.

Unlike the first season, filled with Arsene Lupin fanlore, references, and associations, the first episode practically erases most associations with the fictional character, and reminds the audience that Assane Diop (Omar Sy) is his own person. And as his own person, Assane is now being personally targeted by the man responsible for his father’s death. Hubert Pellegrini (Herve Pierre) knows to attack where it will hurt: by attacking Assane’s family and his friend, as well as reveal him to the world. Pellegrini will do almost anything now to eliminate the greatest threat to his power and influence.

Meanwhile you are constantly reminded that Assane is a human instead of a fictional book character, one with emotions and relationships that correctly cloud his judgment sometimes. As much as he would like to be cool and collected like his favorite character, his affections do not make that possible. There are also flashbacks into his childhood, giving us a glimpse into how he began to be a petty thief, but doing this for Claire (Ludivine Sagnier), his future wife. We are also brought into his conflicted emotions for Pellegrini’s daughter Julliette (Clotilde Hesme). These reminders of his humanity in a world cruel to the powerless and to people of color are surprisingly welcome. You would think that this would dissuade you from continuing to watch. Instead, this contrast to the fictional character, how they diverge, keeps you interested and intrigued.

Another way this is emphasized is in how the police characters respond and react to the events around both Assane and Pellegrini. As conflicting evidence begins to mount, they start to realize that the real enemy may not be Assane Diop, but Pellegrini, and those he has under his control. They also realize along with the audience that this is not just about following a Lupin fan, but getting to reveal massive corruption by the rich and powerful.

There are far fewer direct Lupin references in the season, but when they are given the Easter eggs are a pleasure to have. Usage of the number 813 is repeated a few times. The mentioned Jewish Lamp (a menorah) is a key element in the novel Arsene Lupin versus Herlock Sholmes (i.e., Lupin gaining the upper hand over a version of Sherlock Holmes). Tourist attraction the Catacombs of Paris is mentioned in the same book. Inspector Ganimard is to Lupin what Inspector Lestrade is to Sherlock Holmes, and this reference is used when Assane temporarily agrees to be assisted by police inspector and Lupin fan Youssef Guedira (Soufiane Guirab).

There are also less episodic heists and attacks from Assane, especially because he is the one being attacked and on the run. What replaces that are several long-game battles, attacks laid out over days and weeks, with the payoffs coming only in the last few episodes. But these, too, are Lupin trademarks. There are several novels where Lupin seems to have lost, only for you to see him rebound and win with a well-planted, long-planned revenge. 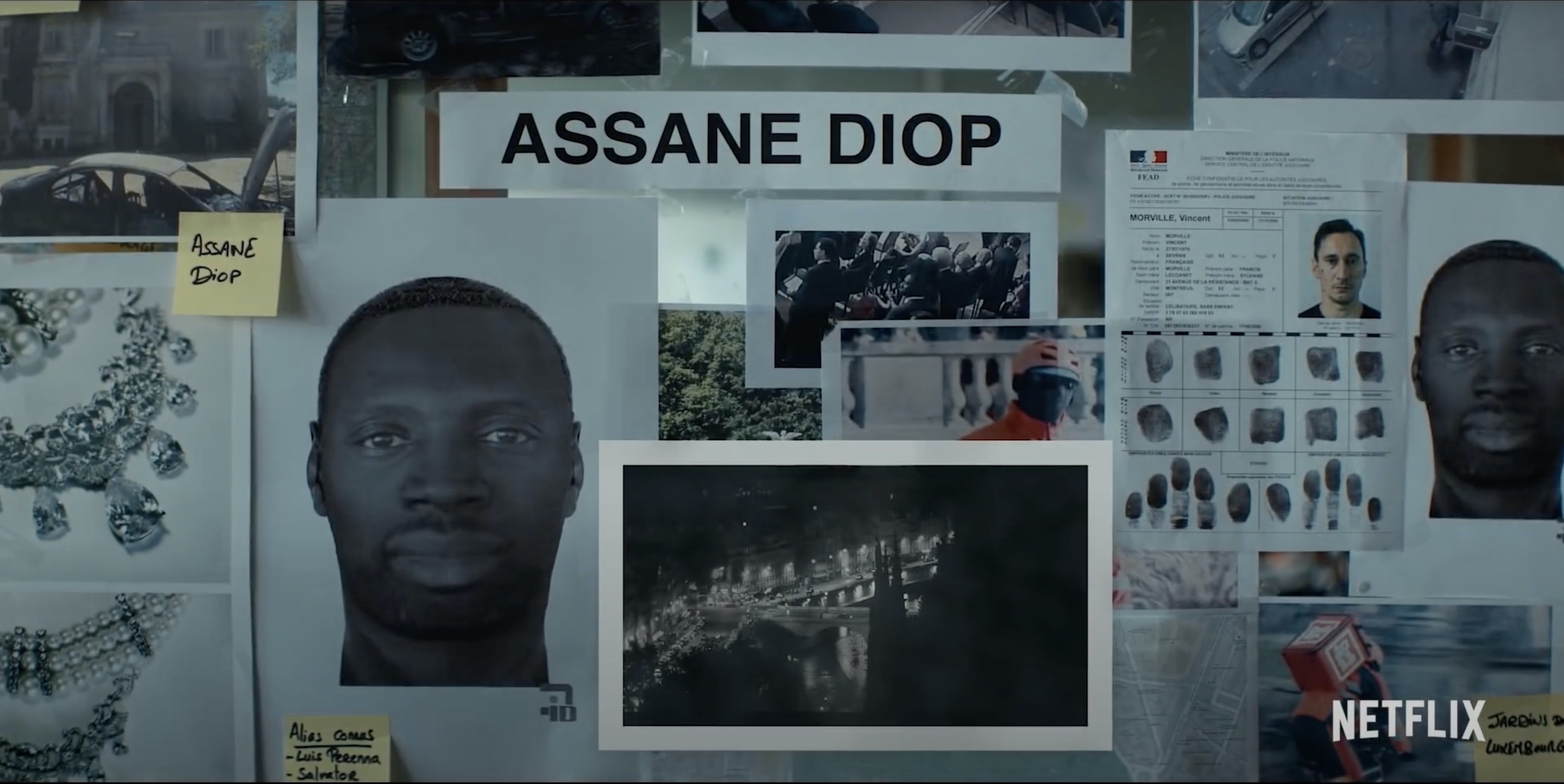 It was also fun to see Assane depend on others more during these episodes. Lupin as a character is cautious about who he trusts, but his accuracy in judging who is dependable and to what extent makes him able to develop a network of conspirators, as well as able to manipulate others. Assane has a far smaller network, actually having only one other best friend besides his wife, and only recently recruiting extra assistance. But it was nice to see him rely on others, not take on everything himself. It also provided him a differing insight into his problems, when he was constantly in danger of being overly emotional and making even more mistakes.

The overall pacing of part 2 feels somewhat slower, even with all the car chases and suspenseful shootouts that happen within the five given episodes. The flashbacks drag the episodes even more, in the sense that they slow down the episodes they are in, while we wait for what Assane or Pellegrini decide to do. This is not enough to stop you from watching, but coming from the speed of the first five episodes of part 1, they feel somewhat anticlimactic.

Some reviews have commented that the technique of revealing how the plans were laid out is becoming stale. But such comments would forget that those are part of the Lupin stories. Sherlock Holmes tends to talk and reveal how a crime was done near the end of the story. Lupin stories reveal their tricks by demonstrating the whole plan from the start, as a conclusion, whether it’s Lupin personally doing this or the omniscient narrator. Therefore Lupin fans would expect a version of that method to be maintained in the Netflix series, and it is.

Netflix assured that there will be a part 3 to anticipate, and for now it is hard to tell if it ends there. Whatever the case, even with some minor problems, the series is still worth following, as Assane keeps contemplating if he wants to be a fan or his own man.

(Images from Lupin Part 2 on Netflix)

LOOK: Winnie the Pooh's tree house for rent at Airbnb