The dream is finally reality. A komik of the new independent movement is now a television series, and an international animated one at that.  Trese is now a Netflix animated series, highly anticipated, well made, well cast.

Now that you have seen one of the best representatives of the independent komiks movement, let us introduce you to the rest of komiks. Trese is just one of the forerunners of the movement, and so many have been created in the years since it was released. It is time to get into the many other komiks created by Filipinos. 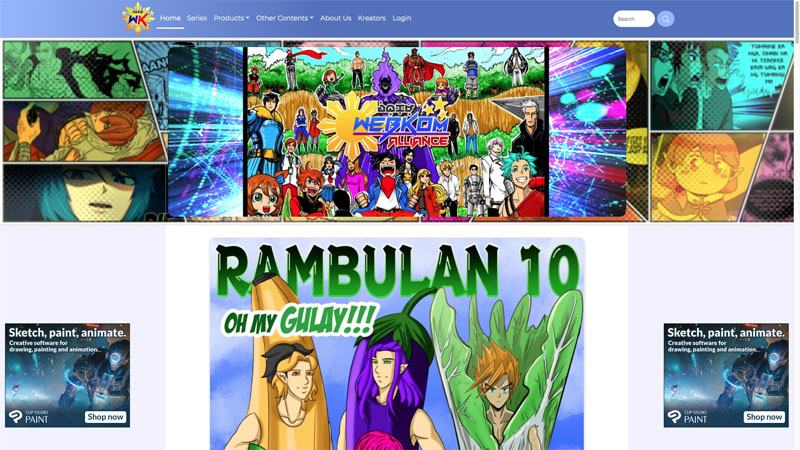 Webkom tends to attract those who want to have fun through entertaining tales with likeable characters. There is a balance of foreign-inspired and fully-Filipino narratives (or combinations) within their catalogue, majority leaning toward manga-style but done in the many ways Pinoys now do it.

Admittedly there are some jewels-in-the-rough, as some are very new creators. But as a welcoming community, many stories have a solid online readership and many continue to grow. 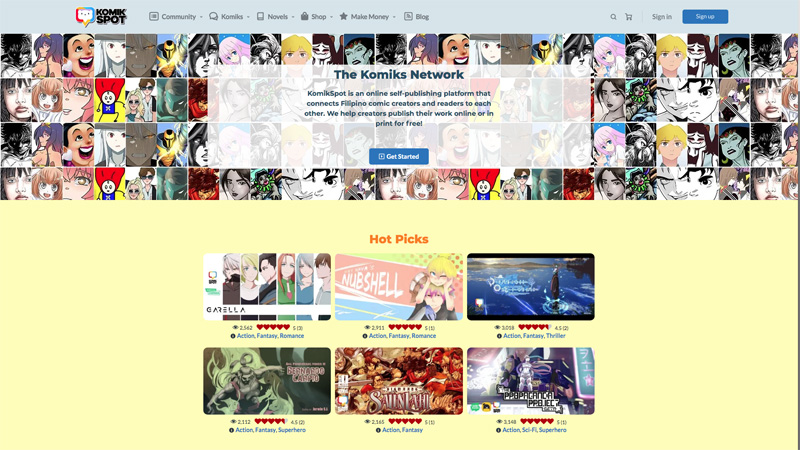 For now a smaller catalog of komiks, Komikspot is slowly developing a marketable digital and printing platform for komik creators and readers. There is a balance of komik convention regulars and online platform regulars in their catalog. 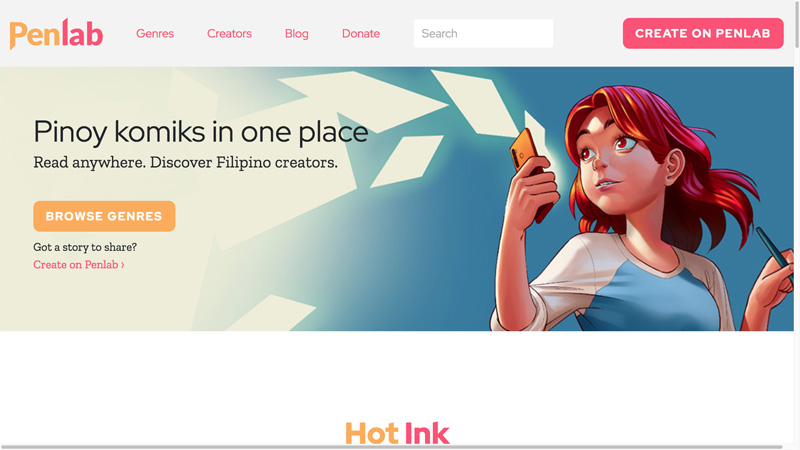 Founded by Kalabaw Kolektib, Penlab houses a majority of the komik convention regulars (both Komikon and Komiket) and now many online komic platform creators. As such it is an incredible depository of the breadth and depth of the independent komiks movement. This finally made majority of their komiks accessible to the whole country and the world, when previously most were only available during the conventions.

Within their catalog you can find everything from comedy, supernatural stories, alternative comics, romance and drama, introspective pieces, and material that addresses heavy and serious topics. Penlab has recently made arrangements that may make several titles more available nationally as printed books.

Where to buy komiks 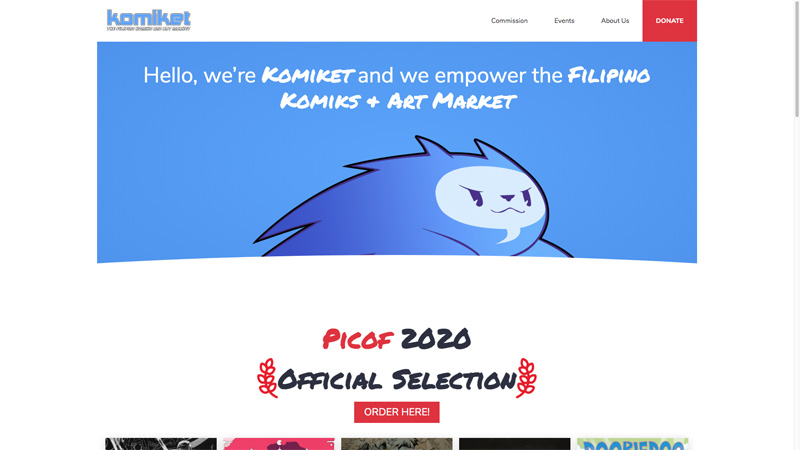 Majority of available self-published komiks are sold through Komiket’s selling arm SecretHQ. These include the Trese series, the books by Arnold Arre including The Mythology Class, and the currently popular Tarantadong Kalbo. They have online stores on both Shopee and Lazada. 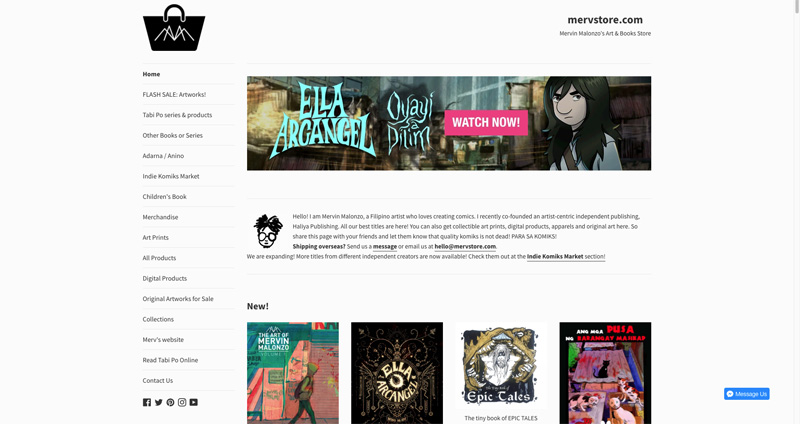 Haliya is managed by Mervin Malonzo, and houses more alternative titles within komiks. 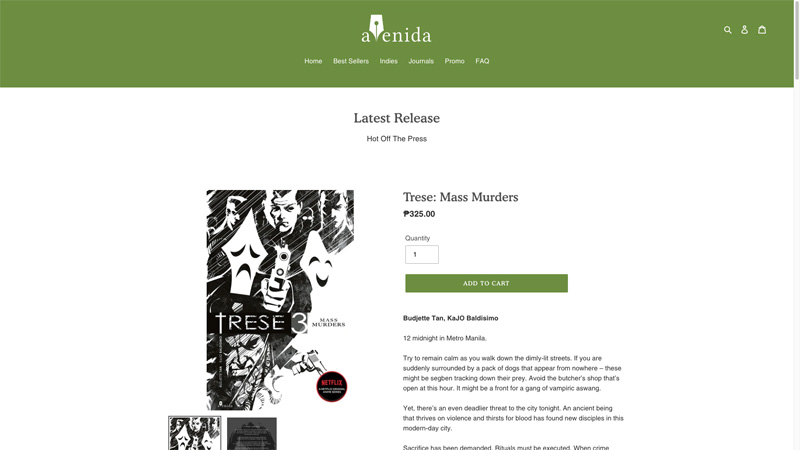 Taking up the mantle from Visprint, MyAvenida distributes the Trese komik series, the Filipino Heroes League, and Manix Abrera’s comic strip compilations. They have a Shopee store. 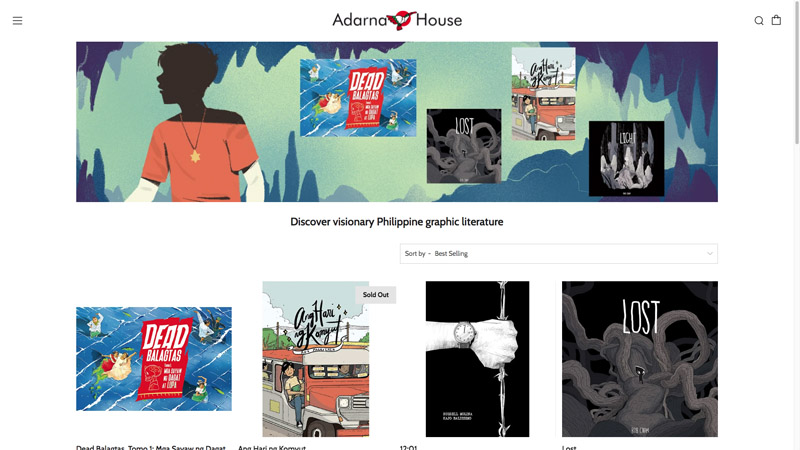 Anino is Adarna House’s komiks imprint. They are best known for award-winning titles including 12:01, Sixty-Six, Sandali, Melag, and Dead Balagtas: Mga Sayaw ng Dagat at Lupa. Adarna House has flagship stores on both Shopee and Lazada. 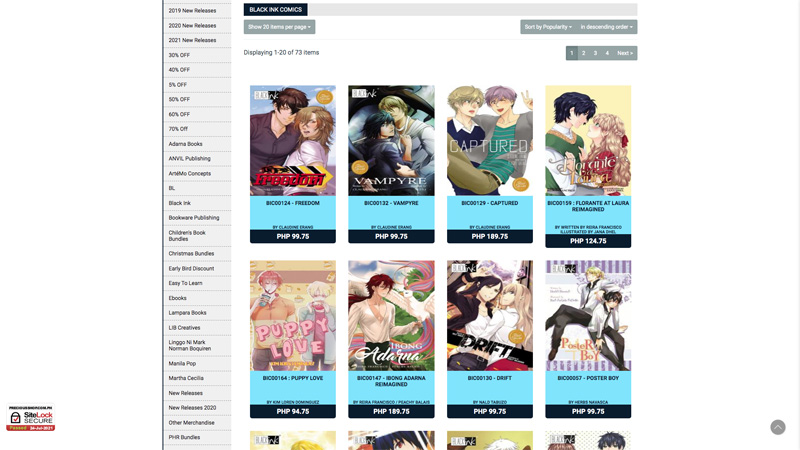 This komiks arm of Precious Pages is well known for those komiks that you see in many bookstore branches, but do realize that their catalog has now expanded from just love stories and school romance stories. They also have several fantasy titles, several science fiction stories, a supernatural detective series, a sports piece, and some BL titles.  Precious Pages has flagship stores on both Shopee and Lazada.

Some komikeros also sell their komiks independently on the online shopping apps, on Facebook, and on Instagram, try searching for them there.

I hope this starts you on your komiks adventure, and that you find more komiks to support and enjoy.