Two years after they made their breakthrough as virtual popstars in the gaming scene, League of Legends’ very own girl group K/DA comes back to the limelight with the debut of their new extended play (EP) titled ALL OUT, featuring a star-studded list of guest collaborators, including the latest heroine to join LoL’s hero roster.

Following the release of their lyric video for THE BADDEST and the jaw-dropping MORE music video which premiered on YouTube just in time for the launch of Wild Rift, LoL’s mobile counterpart; K/DA’s Ahri, Akali, Evelynn, and Kai’Sa (Voiced by (G)I-DLE’s Miyeon and Soyeon, along with American singers Madison Beer and Jaira Burns respectively) goes all out and is here to convert fans and non-fans of LoL as their own "stans" in their upcoming EP.

ALL OUT EP to feature members of TWICE, Kim Petras, Lexie Liu 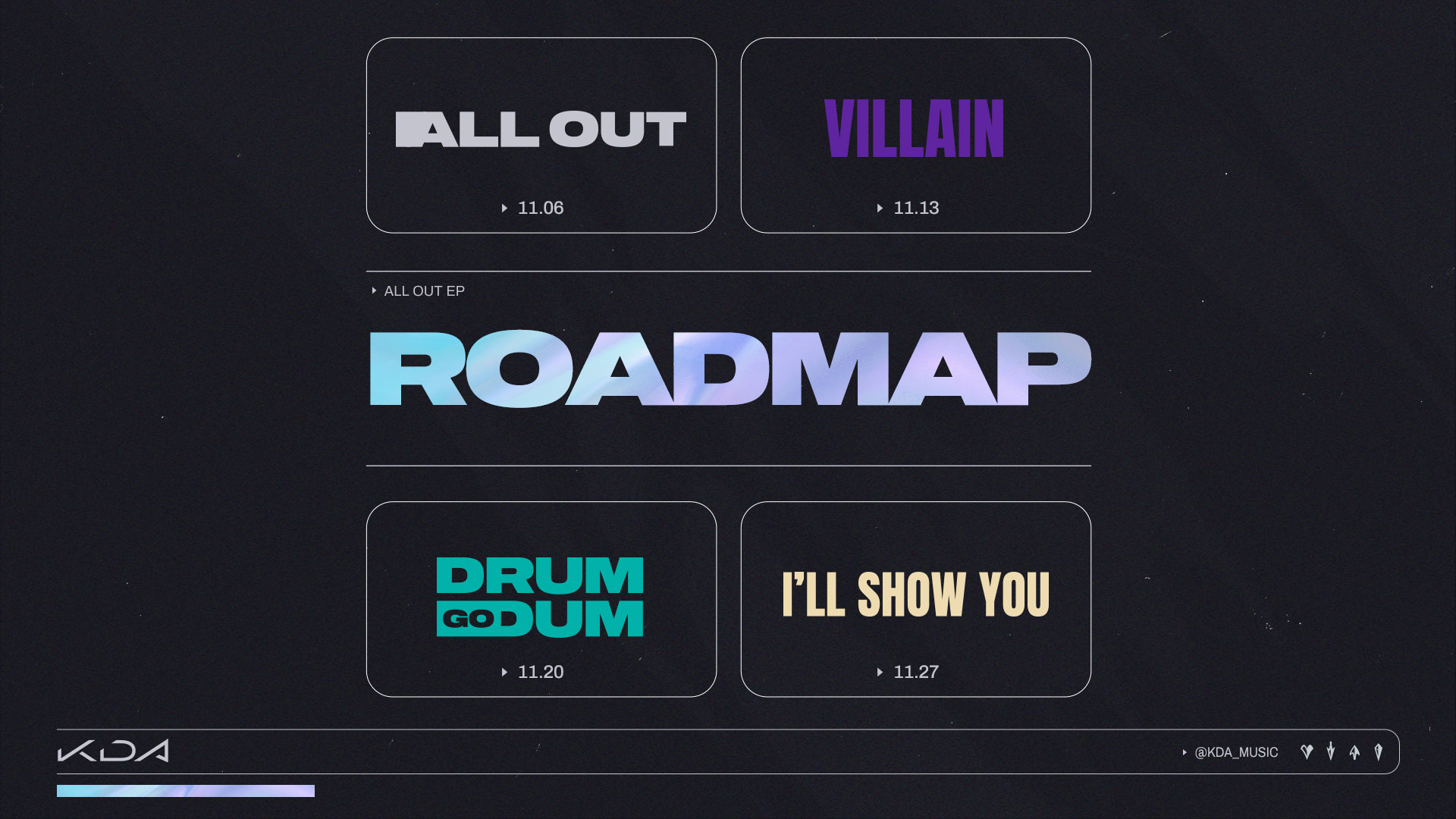 The ALL OUT EP is produced by Riot Music Team and written by Bekuh BOOM, American singer-songwriter and frequent collaborator of BLACKPINK. K/DA’s debut record will feature five tracks: THE BADDEST, MORE, VILLAIN, DRUM GO DUM, and I’LL SHOW YOU.

Here’s the artist lineup for each of the tracks in the ALL OUT EP:

The roadmap unveiled by Riot reveals release dates for the EP and its last three tracks. Although they did not officially disclose what the meaning of the release dates for VILLAIN, DRUM GO DUM, and I’LL SHOW YOU are, teaser images suggests that these may be upcoming lyric videos or music videos that may show off new brand partnerships (similar to Akali’s Ducati concept bike from the ‘MORE’ MV). 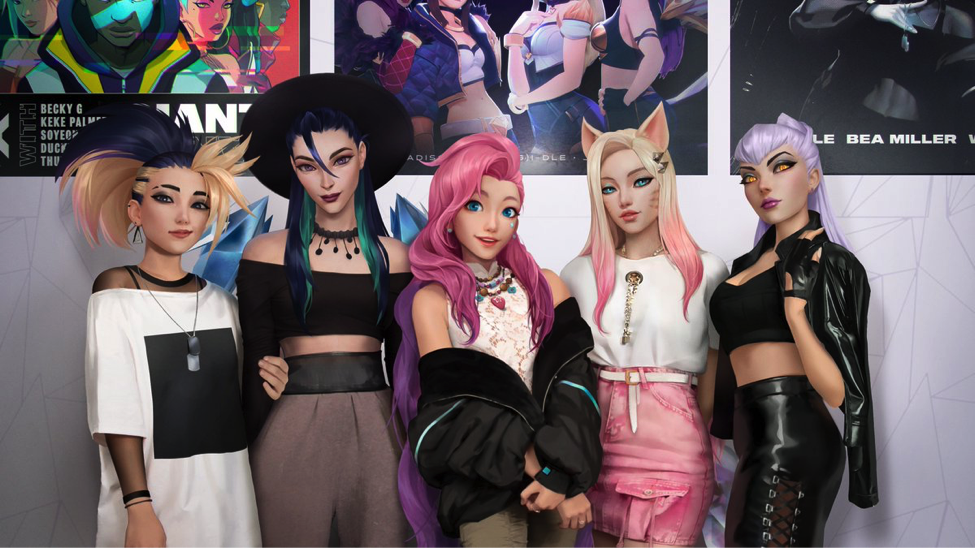 After receiving positive reception from their ‘POP/STARS’ music video and their first live Augmented Reality (AR) performance at the 2018 League of Legends World Championship, K/DA and its four members has since become icons not just in-game, but also to KPOP fans worldwide.

To keep the hype and anticipation alive for the release of their ALL OUT singles, K/DA remained visible thru social media, with the members documenting what they’re up to through posts and photos, just like what a real idol group would do.

To give further context to their lives before their much-awaited comeback and how they collaborated with Seraphine, Riot Games released a five-issue comic series titled Harmonies.

“Since their 2018 debut, pop music supergroup K/DA has been busy. As the group finishes working in the studio, each member reflects back on the last two years of experiences and adventures that fuels the inspiration for their art,” the synopsis for the comic says.

The virtual girl group returned to performing live in AR with the opening of the 2020 League of Legends World Championship. And as part of Riot Games elaborate plan to promote K/DA’s comeback and celebrate the launch of Wild Rift, the company kickstarted the “All Out” special event in LoL, Legends of Runeterra, Teamfight Tactics, and Wild Rift from Oct. 28 to Nov. 24. Fans participating in this event will get a chance to win the new K/DA skins and other rewards.

K/DA’s ALL OUT EP is now available on YouTube, Spotify, and Apple Music.