Style Living Self Celebrity Geeky News and Views
In the Paper BrandedUp Hello! Create with us
TBA Studios

Due to their looks and number of followers, a young fashion model couple gets an invitation to experience a luxury cruise and promote it on their social media. On the yacht, they meet wealthy guests with absurd and ironic personalities. When the food is served during the captain’s dinner, the stomach-turning fun begins.

Ruben Ostlund is back to attack with another satirical film. From exposing contradictions in the art world in The Square (2017), his second Palme d’Or-winning film Triangle of Sadness (2022), is set in the exclusive world of the rich.

Shot in a mix of experimental indie-type cinematography and glossy ad-like aesthetics, the three-part narrative comments on themes surrounding beauty, power, and capitalism.

The film begins by mocking the fashion world and its people. Cameras are pointed not at their glory or beauty but at their nonsensicality. Ostlund’s hilarious depiction of characters and situations continues until the second part of the film, in the yacht, where “crazy” may be an understatement to describe the events. It’s a series of performances of status, power, ego, ideology, and a display of obsessions. 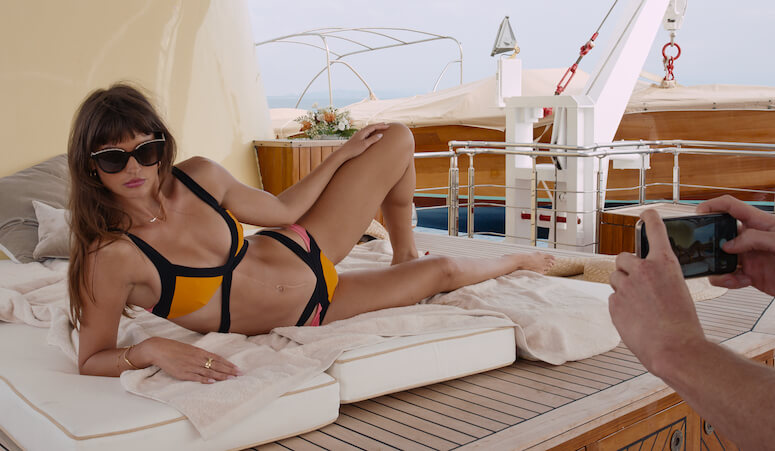 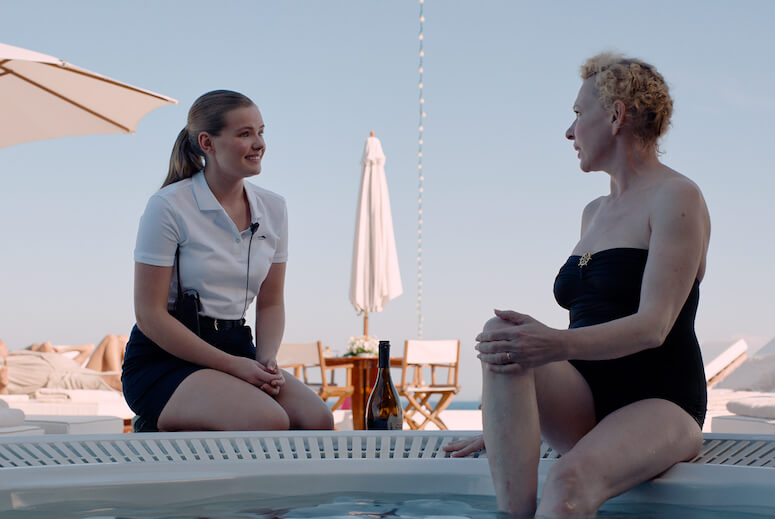 Ostlund’s treatment is not metaphorical but visceral. It aims to provoke the senses, comparable to his earlier works. There’s a sequence where the teetering cinematography shows an excessive display of bodily waste on screen. It may be effective in eliciting a response, but it still begs the question of necessity. Is it to reinforce the message or to compensate for the lack of commentary on the chosen subject?

Although allowing a close look at the characters, the film doesn’t offer a seat at the table. Ostlund keeps his audience outsiders from the world the film depicts, which allows wider field of view of his mockery. With Woody Harrelson and Zlatko Buric’s notable performances, the exceptional acting ensemble grips the audience throughout the lengthy film. It falls short, though, on the characterization, for it leans on stereotypical caricatures and no more new exploration of how they can be presented. Yet, as satire, the film succeeds in exaggerating and exposing the farcical, often laughable human behavior.

The third part of the film releases the audience from the tension in the yacht and takes them to the most significant part of the narrative, where the stakes are higher. The guests find themselves in a game-turned-reality kind of situation as the yacht’s toilet manager tries to lead them to their survival. But if this is where Ostlund asserts his main point about power and capitalism, then the long exposition’s worth remains contentious.

As a Filipino, watching Dolly de Leon in a critically acclaimed foreign film will make us proud not only for her outstanding performance but also for her role where there’s redemption from the exploited. Despite this, it’s unsettling to think that we begin to root for her corrupted character as the narrative unfolds, perhaps because she represents our inner desires that we are ashamed to expose. 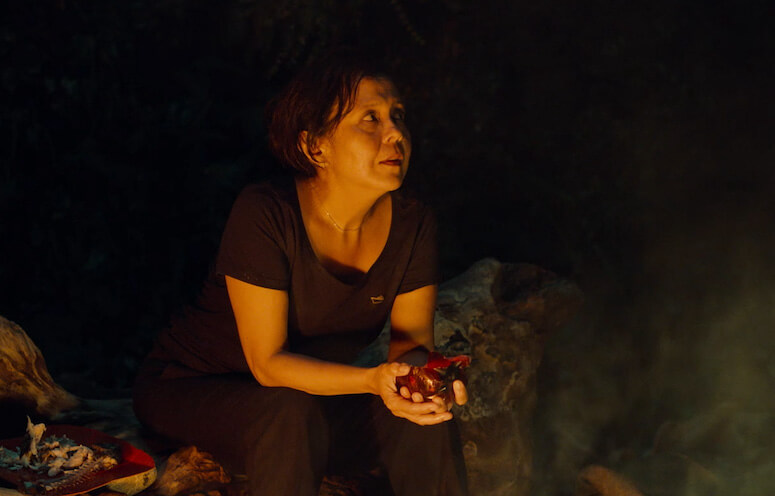 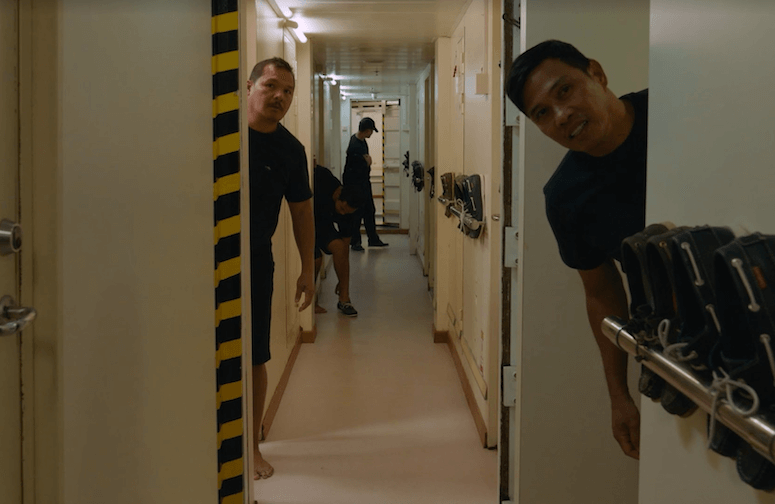 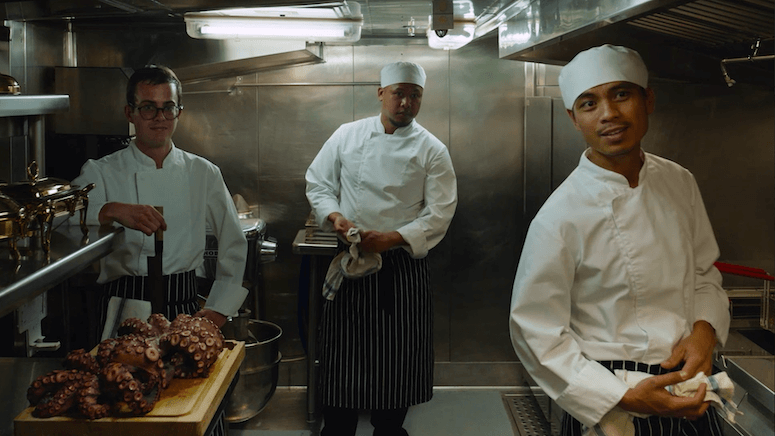 There are mixed views about the film. Some find it brilliant, and some find it gimmicky. It must be said that during the film's initial screening in the QCinema opening night last November 17, the members of the audience were given a vomit bag. Was it only marketing collateral, or was it useful? The best way to know is to see the film (and bring a vomit bag too).

Triangle of Sadness will be screening on November 30 in theaters nationwide. The film is exclusively distributed by TBA Studios in the Philippines.

Jose P. Mojica, M.A., teaches communication and media at the University of Santo Tomas Faculty of Arts and Letters under the Department of Communication and Media Studies.