A Canadian pilot is facing charges after illegally descending in a small town to get his ice cream cake fill.

The unidentified 34-year-old man spooked citizens of Tisdale, Saskatchewan in Canada when he parked his bright-red helicopter in the local Dairy Queen shop. After his aircraft loudly parked and blew over debris and dust in the surrounding lots, the pilot promptly hopped out and made his way to buy an ice cream cake.

“Well, I thought somebody must be hungry,” Saskatchewan Mayor Al Jellicoe shared with CBC News. “Initially, I thought that’s probably not the right thing to do.” 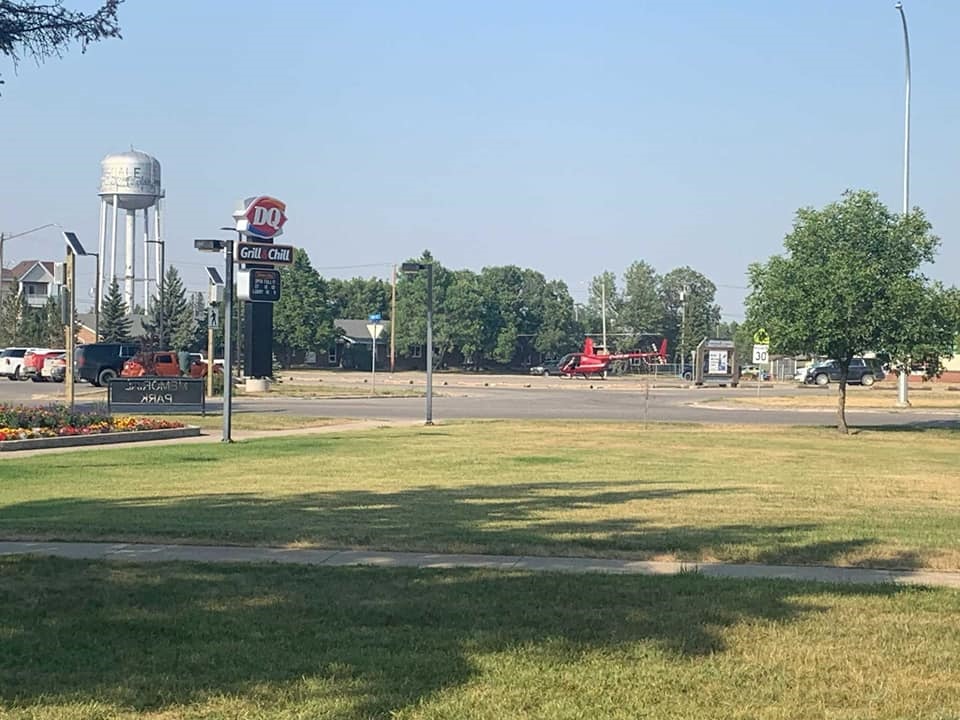 Authorities soon found the culprit and found that he is a licensed pilot from Leroy, a few towns from his landing spot. His hometown apparently did not have a Dairy Queen chain, which explains the trip.

The anonymous man has been charged with one count of dangerous operation of an aircraft. His court appearance is scheduled on Sept. 7.

Guess he really took the cake for this one.

Woman calls authorities over ‘creature’ in trees, turns out to be a croissant

Photo from CBC News and Unsplash