Today, most concertgoers are stuck at home due to the pandemic, and there is still no assurance that gigantic live concerts will start again anytime soon. At this moment, Queen—one of the biggest and most iconic bands in the world—found an alternative to please their growing legion of fans by releasing a fun mobile app game called Queen: Rock Tour.

Queen: Rock Tour, in a way, serves as a 50th anniversary gift to the band's fans. Bassist John Deacon was the last member to join the group in March 1, 1971 and as we all know it, the foursome invaded the world of glam rock in the UK and eventually invaded the world with their well-written songs, live stage charisma and interesting personalities.

"Be a Lockdown Rock Star! No turning back !!!” Queen’s Brian May said on the game launch.

In late 2018, there was a surge of new Queen fans due to the release of the film Bohemian Rhapsody, which was loosely based on the story of the band, and mainly focused on Freddie Mercury. Millennials and Gen Z kids were given the opportunity to learn more about one of the most loved rock bands in the world. The new generation were introduced to classic hits such as Killer Queen, Don’t Stop Me Now, I Want to Break Free, We Will Rock You, and Bohemian Rhapsody, among others.

I, personally, had a phase in late 2018-early 2019 where I immersed and eventually got trapped in the rabbit hole getting to know Freddie Mercury, Brian May, Roger Taylor, and John Deacon—who became my favorite member due to his relatable personality, and a majority of the songs I loved were written by him.

If you’re familiar with Guitar Hero, Rock Band or even the newly-released Rhythm Hive, you will get the gist of this app. All you have to do is tap the tiles in time with the rhythm. 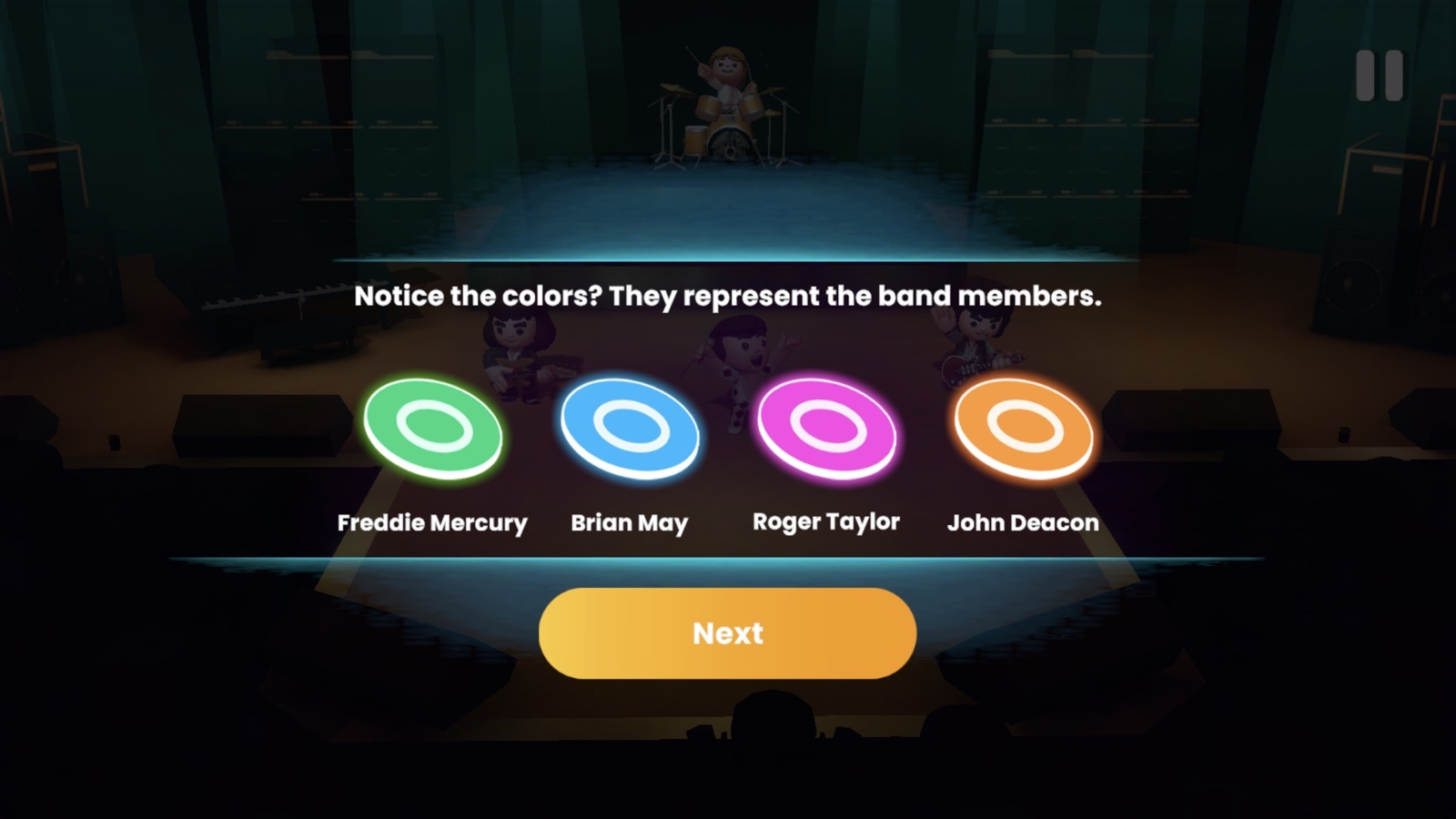 Once you download the app, a simple tutorial will appear. Each member is represented by the following colors: Green (Freddie Mercury), Blue (Brian May), Pink (Roger Taylor) and Orange (John Deacon). The introductory practice video features the virtual version of the London 1974 gig where the band performed Keep Yourself Alive. You have to keep the rhythm going by syncing the combinations.

I don’t really play any instruments that’s why I had to adjust on my first try. Each band member had their own solo moments in every performance. There are combos that make the game less boring and predictable. You may test your music skills on vocals, guitar, bass, and drums through this game! 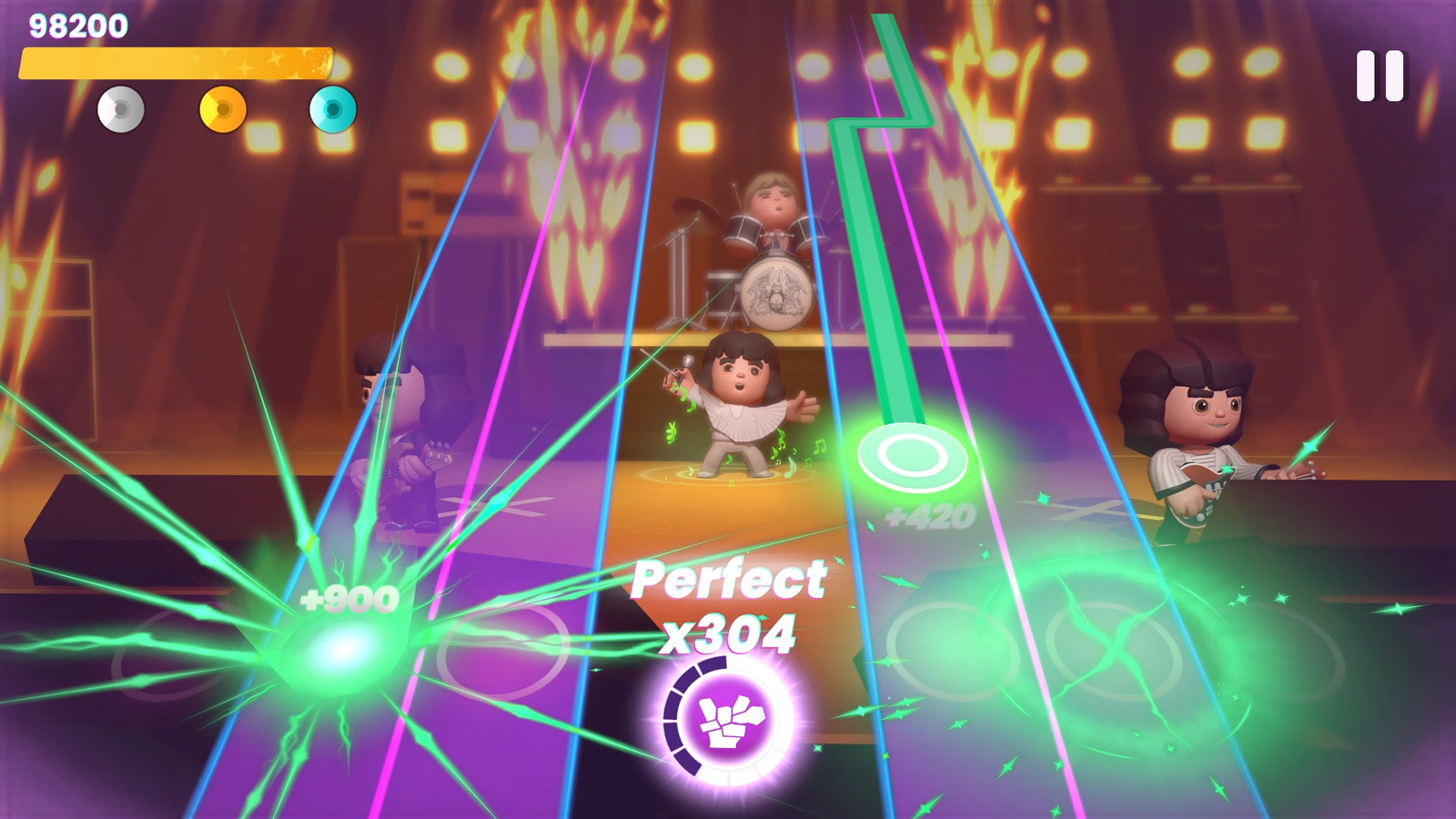 Apart from ‘Keep Yourself Alive’, the other two songs for the free version of the app include Seven Seas of Rhye and We are the Champions from the Houston 1977 set. If you dream of performing in Tokyo, anywhere in the USA, or in London, at least you get to do it virtually for now!

The band is also known for their stage outfits and you get the chance to customize theirs, along with hairstyles and accessories using the coins or points you’ve earned. The final goal is the Wembley Stadium performance, which remains as one of the most significant moments in live concert history. Aeeeeyooooo!

Blast from the past

There is also a section where you get to learn more about Queen’s colorful history as a band as you progress with your musical journey. It is nice to learn these interesting tidbits as you play along with the game.

Did you know that Freddie Mercury designed the Queen crest? What about the fact that drummer Roger Taylor is a dentist, and Brian May is an astrophysicist? What about John Deacon being an electronic engineer which kind of contributed to the invention of the Deacy Amp? Yes, they’re not your ordinary rock band. 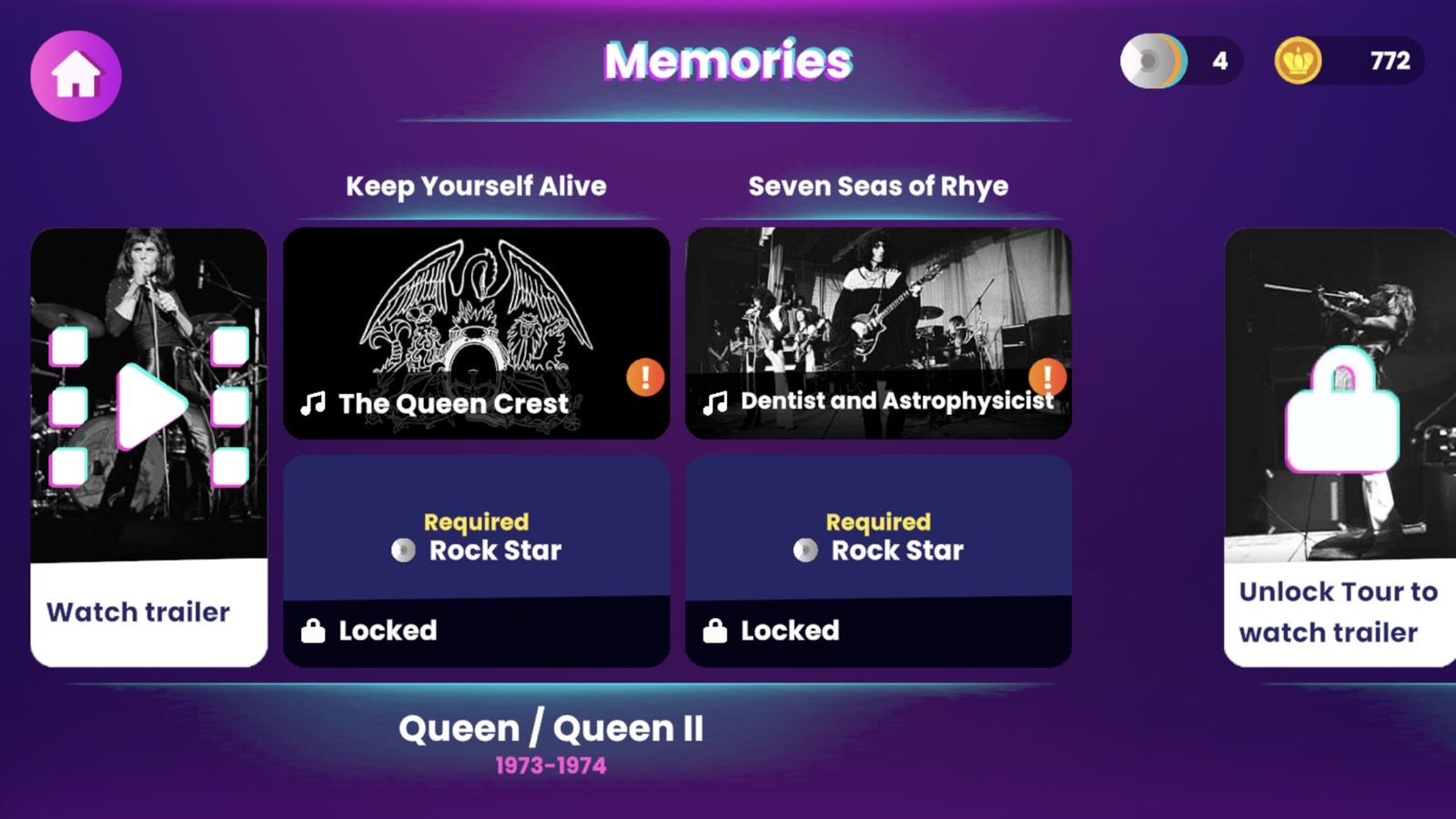 As you go along, you will also discover who wrote specific songs for the band. Aren’t you curious to know who really wrote Another One Bites the Dust? What about I’m in Love with My Car? How Long did Freddie Mercury write Crazy Little Thing Called Love? What about Fat Bottomed Girls?

To be honest, fully immersing in the game is not a bad idea especially now that we’re running out of things to do at home to keep us entertained. What I love about this app is it's user-friendly. You wouldn’t really have a hard time figuring out the game no matter if you’re in the same age group as the original members of the band, or if you’re a young kid interested in one of British music’s biggest icons. 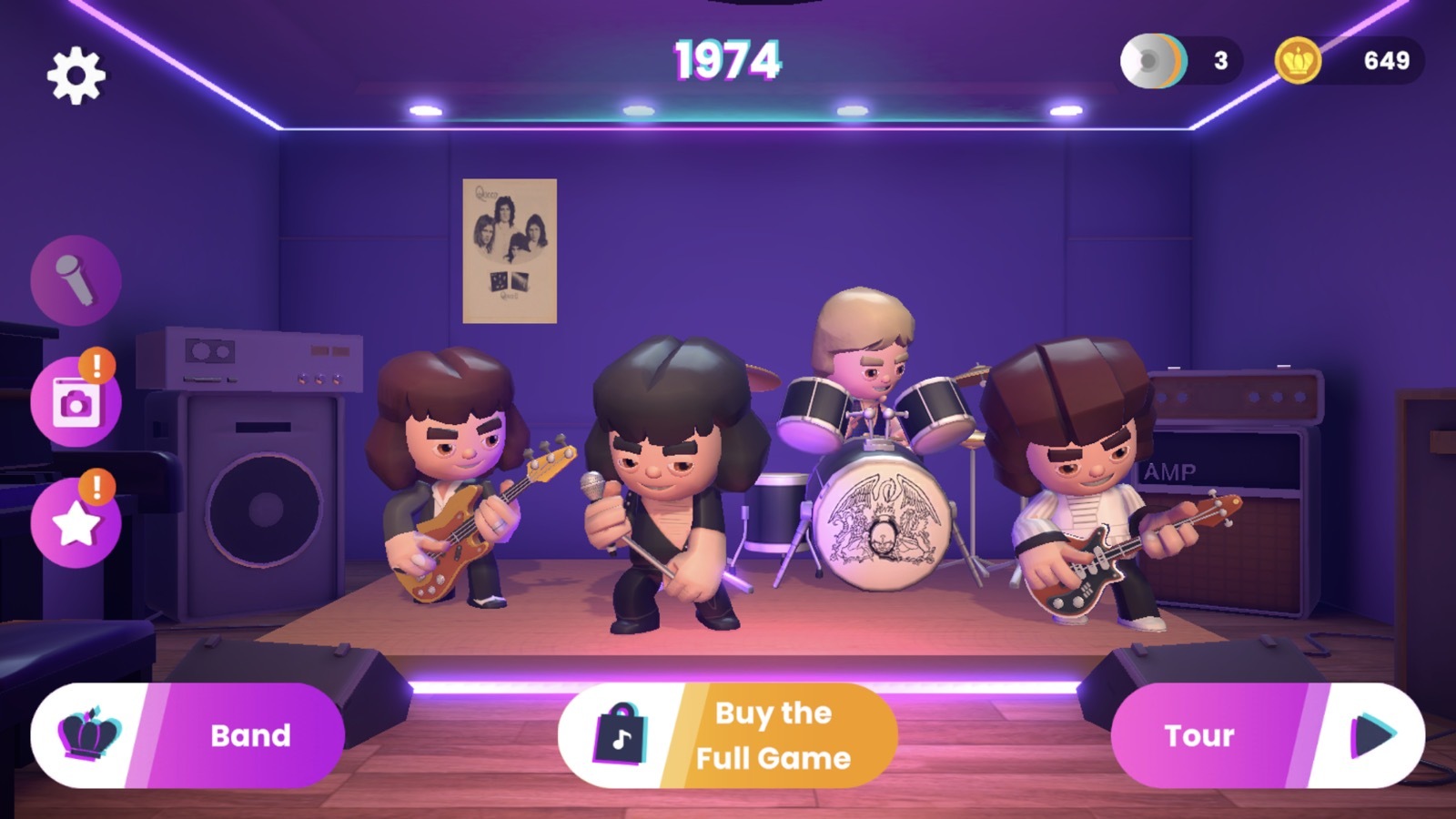 You can buy the Queen: Rock Tour app to access 17 additional full-length Queen hit songs for P149 only ($2.99)! You will also get the opportunity to unlock the following features via Progressions:

If you still want to dive deeper into the Queen fandom, it wouldn’t hurt to watch (or rewatch) Bohemian Rhapsody, listen to their albums, pick your favorite member (or what we call "bias" in the K-pop world) or browse through their active official YouTube channel. I also just discovered that a documentary was made way back in 2019 called The Show Must Go On which tackles Queen’s collaboration with the talented American singer Adam Lambert. It is available on Netflix!

The game is available in Google Play or the  Apple App store.