A group of Japanese artists are channeling the Olympic spirit and Japanese culture by reimagining world flags of different countries as samurai characters.

The project World Flags reimagines various nations as samurai soldiers. Each character comes with a short write-up on their personality, strengths and weaknesses, much like characters in a video game.

Samurai soldiers have played a huge part in Japanese history since the 12th Century. The "bushido"—the way of the warrior, based on honour and discipline—is a value system considered important in Japanese culture even in modern times. 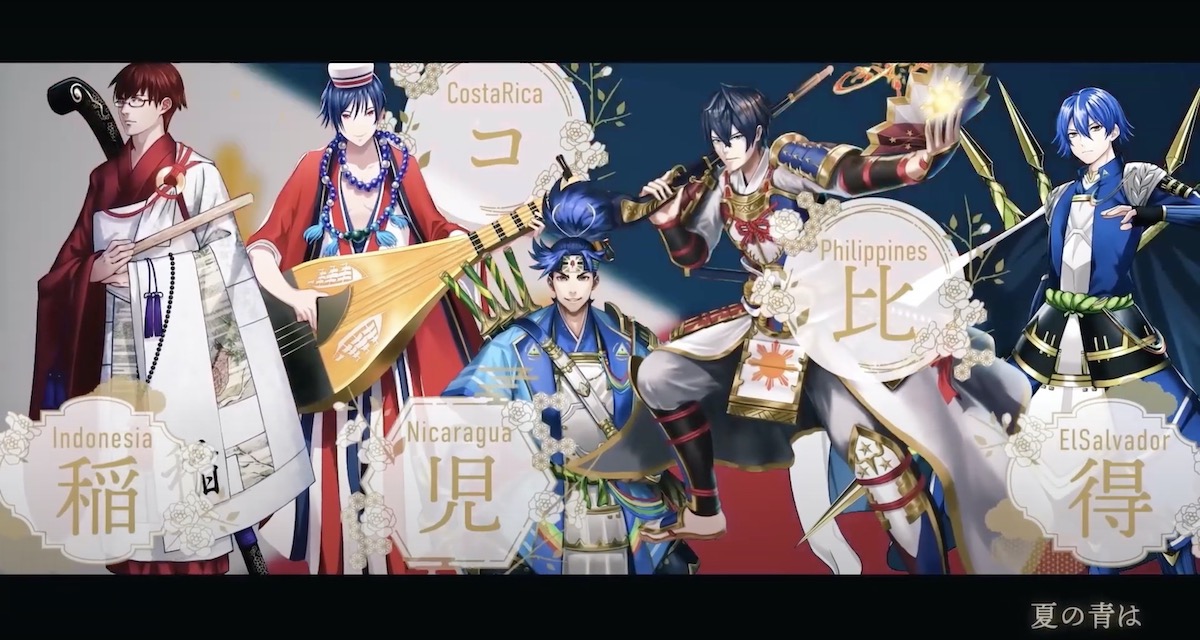 Currently, there are 84 nations represented in the World Flags project, including the Philippines, Japan, South Korea, India, South Africa, Great Britan and the United States of America.

"Samurais are unique to Japan and we want everyone to get to know traditional Japanese culture," creator Kamaya Yamamoto told BBC.

The creators start by researching the meaning and history of a country's flag as well as the colours and design, and then researches their culture.

Their design for the Philippines is a warrior named Risar decked in the red, white and blue colors of the Philippine flag with elements like the sun's rays and three stars visible in the armor details. The character also wields a gun and a fan. According to his fictional bio, his birthday is June 12 (Philippine Indepence day), his favorite hobby is taking selfies (accurate), and his favorite food is lechon, or roast pork. 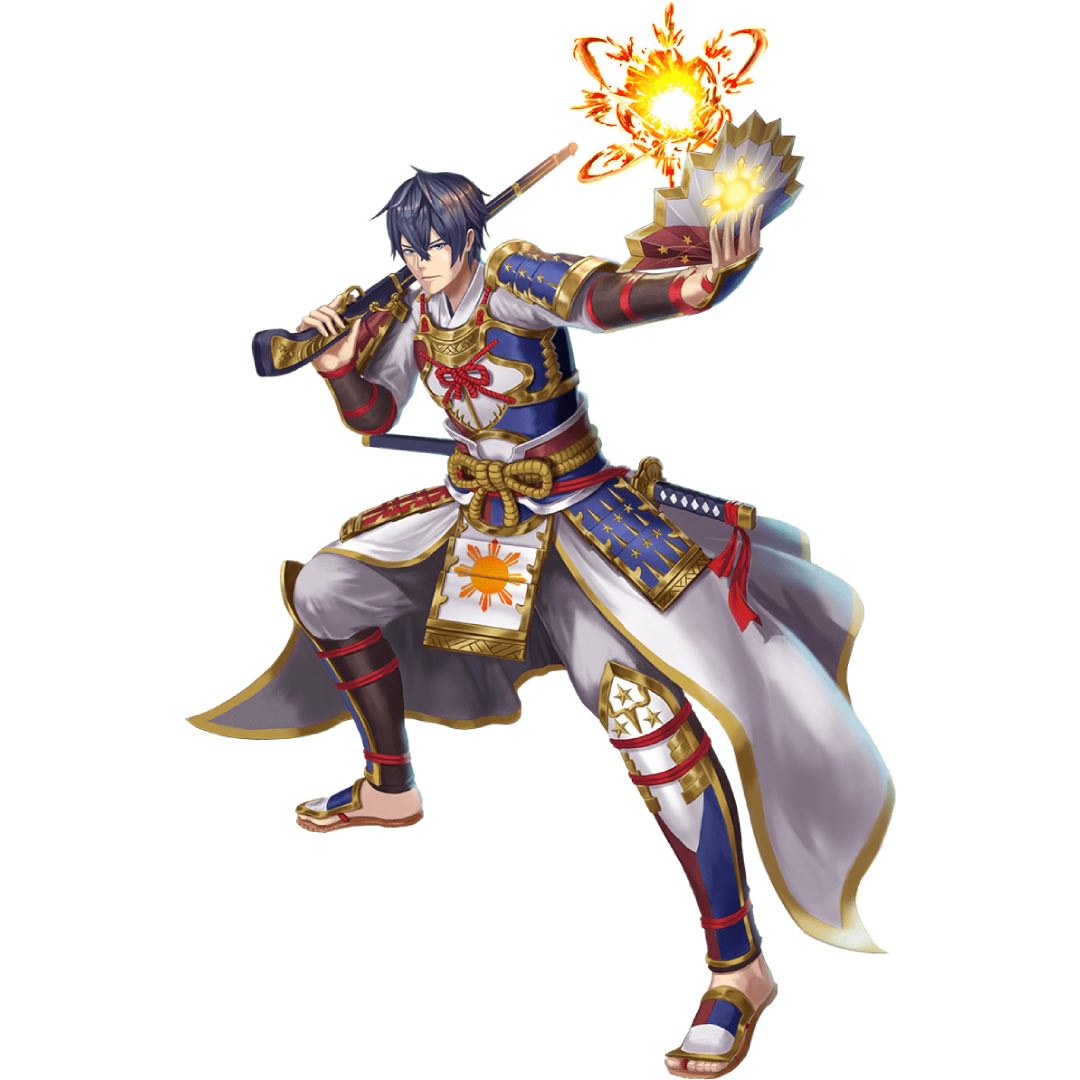 The translation of his fictional bio, originally written in Japanese reads as follows:

“A super hot-blooded man full of courage. I am happy to be told that it is "hot!" If you see someone who likes to take care of people and is not energetic, you will be energized with a deadly brave shot. If it gets too hot, your eyes and hair may turn scarlet and you may not be able to touch it.” 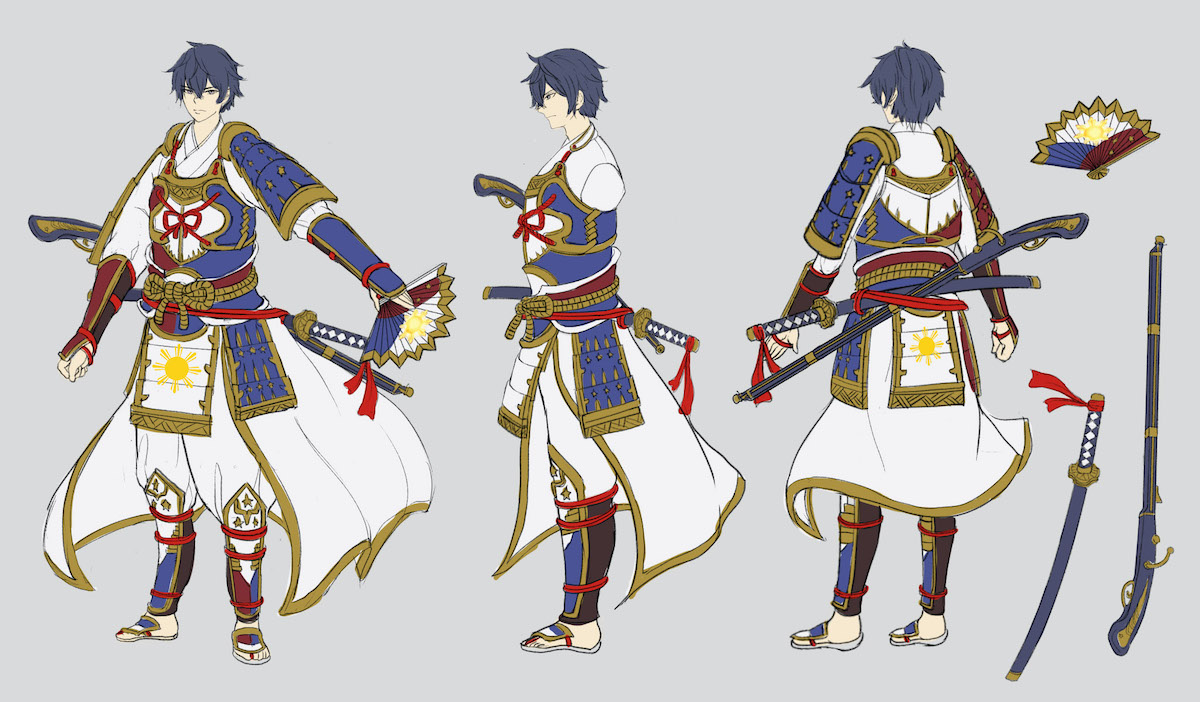 Each character write-up also comes with some trivia about the different world flags.

According to a statement on their website by the creators, the World Flags project is not officially connected to the Tokyo 2020 Olympics.

“However, although it is unofficial, we support the Olympic Games, and we support various events such as sports competitions and festivals that will be held in the world in the future.”

The artists behind the project have been working on the different character designs as a passion project during their free time.

"We hope this can be a way for people to learn about other countries," says Kozo Yamada, another artist on the project. "That's what the Olympics are about.

“People will only be able to enjoy the Olympics online. So hopefully our designs will provide a bit of entertainment and relief for all those tired of Covid-19," Yamada added.

Check out the entire collection of samurai warriors inspired by World Flags on their site. The site also shares some web comics written in Japanese and recently released a music video which features the World Flags characters.