Even if you just follow the big names (Manix Abrera, Budjette Tan, Leinil Francis Yu, and others of this caliber), on September 23, 2020, you would have definitely seen the outpouring of grief over this person you may not have heard about, but may have seen in countless cameos in countless komiks and newspaper comic strips.

You may have seen the grief as well from all the komikeros you know and follow. You may have read the EsquirePH article on this person that came out that day.

I am here to tell you about him, and the komiks legacy that passes on with him, as my last act of service to him. 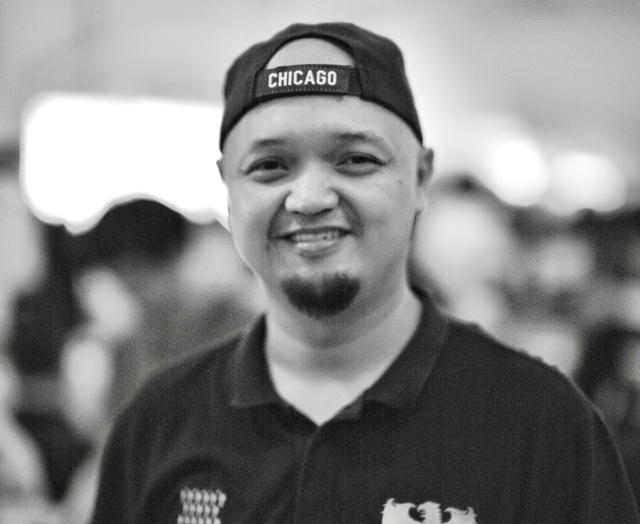 Danry Ocampo is not a komikero. Usually he is called a superfan of the komiks community.

His contribution to the community is his fully generous, unwavering support, lined with a sharp and defined eye for quality. If komiks were wines, I would have a taste of most of the available kinds, and in this way tell people what is good. Danry was a komiks connoisseur: once informed or made aware of what was great, he would seek it out, find it no matter what reasonable and sometimes unreasonable lengths it took, relish this quality, then spread the word to others, and cement relationships with the creators of this quality so there would be more.

As a komiks connoisseur, he was also the one who had the patience and the resourcefulness to seek out the older master works of the independent komiks movement, works from the late 1990s and very early 2000s that now tend to be gone or highly difficult to find.

Danry Ocampo is not rich, not by a long shot. He works during the Makati nights as a travel consultant. As an older brother, he has a family he supports with his salary. His life is not so different from the very many komikeros he supported. But he is loved by so many because of what remained to him of the salary, he used to support the people he admired and believed in, through buying their komiks, commissioning them for art, and doing and fulfilling favors for komikeros.

His particular favorite creators were the late Gerry Alanguilan (best known for Elmer and Wasted, and the father of the independent komiks movement) and Pol Medina Jr. (of Pugad Baboy).

It is a well-known fact how much effort he went through to visit especially Alanguilan, more so as illness began to slowly claim him. Danry lives in the Quezon City area, Sir Gerry in Laguna. Danry rode the provincial bus or the van to visit Sir Gerry, multiple times, often just to chat, to talk about komiks, to inquire into him, to help however he could.

It is also rather well known the lengths that he went to complete the Pugad Baboy books, in all their versions, usually bringing them along for komik book signings by Pol Medina Jr.

He also favored Arnold Arre (of The Mythology Class), and Danry may be one of the reasons the sequel, The Children of Bathala, is now ongoing. He also closely followed the Trese series (by Budjette Tan and KaJo Baldisimo) through all their versions and iterations over the years, attending launches when the Trese series became books.

As a follower of western comics, Danry was also in a crucial position to follow the work of Filipinos in international comics: Leinil Yu, Mico Suayan, Gerry Alanguilan, Ian Sta. Maria, and many others. He was keenly aware of when these creators were the illustrators and inkers of certain issues and/or covers, and he made it a point to purchase these when they became available, often also requesting for autographs, braving the book signing lines to get copies.

This would always be a vote of confidence for Filipinos in the international comics scene. One vote, but a crucial one.

But he did not restrict his support to these names. His last happy find was not even theirs: it was Balik Tanaw by Ardie Aquino, a compilation of Ardie’s komik one-shots. Danry won it and got it free from Jon Zamar, one of the founders and co-runners of Komikon. That was only a few days ago.

Danry became a regular of the komiks community roughly the same time I did, give or take one or two years. We were eventually introduced, komikeros initially even surprised that we have not met yet. But we were never rivals, never competitors. Ours was a symbiotic relationship, as it were.

[Danry] believed in current komiks, the dynamic force of stories and art that it is, the voice of the Filipino that it is. He pushed for the best that it can deliver, always asked for the best quality that could be given. But always, he did this knowing that Filipino komiks is a powerful voice that is equal to the world.

Along the way he also introduced komikeros to other komikeros, easing the way for networks of relationships between them. He also purchased future komiks by these komikeros he admired, and followed their growth through the komik conventions.

Many of them are also familiar with the way Danry either encouraged these komikeros to make more, or inquired into future komiks or content from them, through conversations or private messages. He would apologize if ever he could not immediately purchase a komik, but would find ways to catch up and buy them after.

In this way, in Danry’s cheerful, insistent, but quiet way, he helped grow the current komiks movement into what it is now. Being assured of solid, unwavering support gave many komikeros the courage and the inspiration to continue, through the countless hardships of being an independent creator.

Unlike so many, Danry never asked for komiks to be anything else but itself. So many want komiks to be manga, or DC, or Marvel, or Dark Horse, or their favorite international webcomic… something else, something foreign, something that it used to be.

He believed in current komiks, the dynamic force of stories and art that it is, the voice of the Filipino that it is. He pushed for the best that it can deliver, always asked for the best quality that could be given. But always, he did this knowing that Filipino komiks is a powerful voice that is equal to the world.

The komikeros returned his friendship gratefully. Many gave him their komiks for free. So many added him as cameos in their works. Many gave him tips to future releases. Many gave him leads to the komiks that he sought. Always, he would be a welcome sight in all the komik conventions, and no convention would be complete without him at least passing by, usually buying what komiks were available.

Always, Danry is komiks’s friend. He was the friend of all the komikeros who knew him. Never did he make all of these connections as an opportunity, as an advantage, as a means to an end. They were true friendships. Always, he wanted the best for people and the best for komiks as a whole.

To me he was the assurance that all of this was not a fool’s errand, not a solitary journey. That it was worth believing in komiks, in admiring the work of Filipinos, in believing in all of these people that he and I knew, in saying so loudly by putting down the money for komiks, by telling the world within our reach.

Where so many in both our worlds would never understand why we put down so much of our money to so many bound pieces of paper, at least one person understood, at the level of engagement that few are willing to do, or are capable of doing.

The komiks community was informed of his demise on the night of September 22, 2020. So many were crying in various ways as midnight approached. Facebook and Twitter flooded with tributes to their greatest supporter. 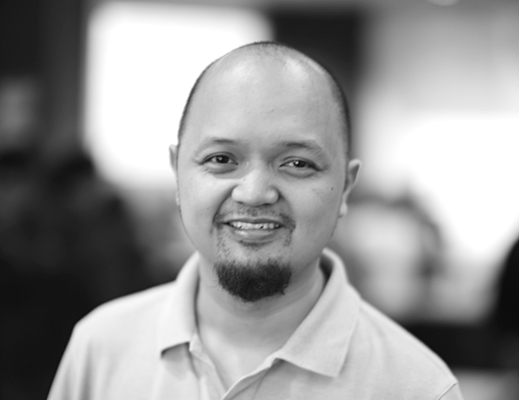 With Danry Ocampo dies the systematic archiving of: the early years of indie komiks where it matters; the international comics work by Filipinos; and the various iterations of important komiks through several versions. That is the massive loss that happened that night.