BTS’ new music video Permission to Dance was an instant runaway hit the moment it was released on the internet, but there was just one issue in the video that some ARMYs are now cautioning others not to imitate: releasing balloons into the air.

Permission to Dance is an upbeat and utterly infectious song meant to shine a ray of hope amid the pall of the COVID-19 pandemic. At the end of the music video, countless purple balloons were released in the background as the band members were shown happily dancing, an optimistic scene meant to mark the end of the pandemic. However, countless environmental advocates have already cautioned against the practice of the balloon release due to its harmful effects to the environment. Balloons are also lethal to birds and marine life, both of which sometimes choke or get entangled and suffocate on the balloon.

It was not indicated if the balloons were CGI or if it was done in a controlled environment. But a number of the band's countless fans have already expressed their interest to emulate the gesture of the balloon release. 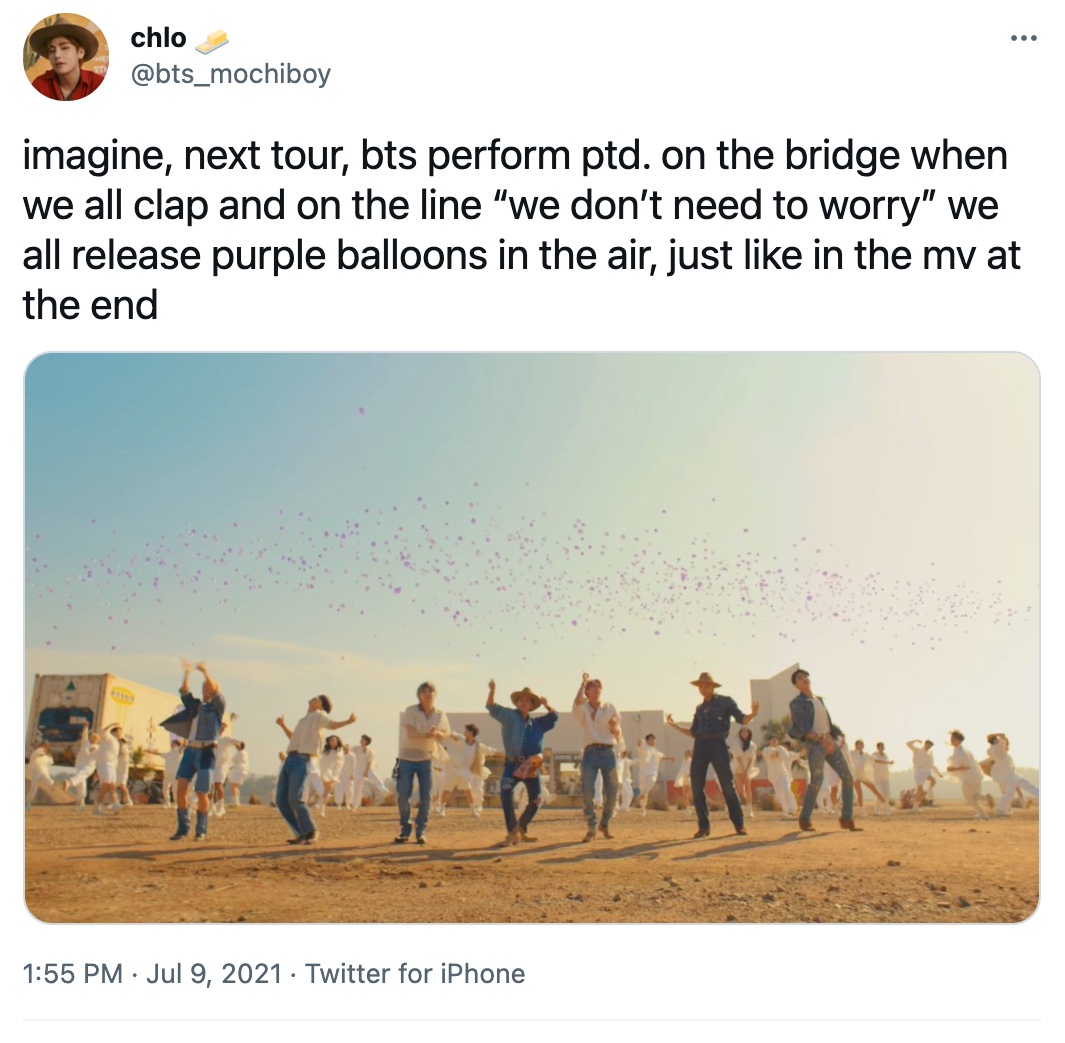 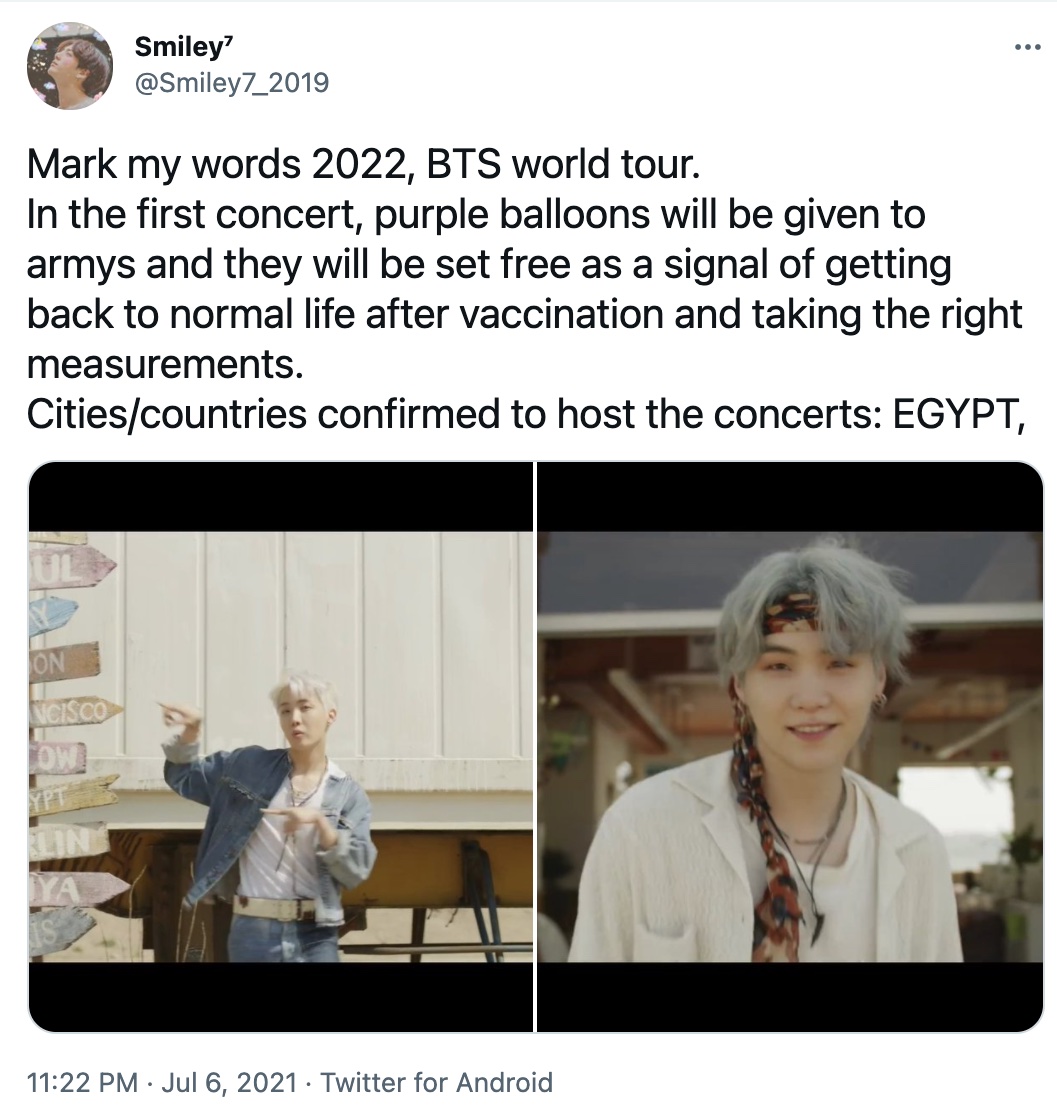 After the release of the Permission to Dance video, some fans of the band on social media have also pointed out that the practice is harmful to the environment.

Hey ARMY, as much as I love the MV and the message for the purple balloon, PLEASE DO NOT go releasing balloons. There is enough litter as it is, please be mindful of our planet and don't release balloons for any circumstances. ?#PermissiontoDance #BTSARMY #BTS

Another one said it “bothered me and took me away from the song.”

the copious amount of plastic balloons that were let into the air really bothered me and took me away from the song,, i love u bts but pls dont do that again

“I hope ARMY don’t start setting off purple balloons into the sky now cus BTS did it,” a netizen wrote on Twitter.

I hope ARMY don't start setting off purple balloons into the sky now cus BTS did it. Please don't

On the other side of the spectrum, there are fans who couldn’t believe that the group is being “canceled” over the issue. An ARMY acknowledged the problem at hand but later suggested that people “just enjoy the song first.”

okay i get that balloons are not eco friendly but can we just enjoy the song first? and it’s not like we’ll be able to do it like fr :( and cancelling bts cus of that? wtf ?

Meanwhile, an online user made light of the situation as they found the “antis” funny for criticizing the group over it.

Like literally talking all day how you hate the boys and their music but still tune in to listen and watch the mv, it’s not making sense but thanks for streaming

“First, it was being mad at BTS for killing chickens for the BTS meal. Now it’s because they used balloons and not being eco-friendly??” another netizen said.

first it was being mad at bts for k!lling chickens for the bts meal, now it's because they used balloons and not being eco-friendly ??

It can be noted that BTS, composed of Jin, Suga, J-Hope, Jimin, V, RM, and Jungkook, has taken part in some efforts to save the environment. This includes their 2019 partnership with Formula E, which offers electric cars that can help combat climate change.

That same year, BTS was recognized by the United Nations as they topped the Sustainable Development Group’s list of “Top Sustainability Future Leaders.” Likewise, their fanbase ARMY was named the “Top Rank Sustainable Global Group.”

IT'S HERE: BTS' 'Permission To Dance' is the ultimate feel-good post-pandemic bop

Littering under the law
In a statement, the local environmental group Oceana Philippines said that they “share the sentiment of some of their fans who voiced out their concerns over the use of balloons in the music video.”

“We understand that BTS intended for the purple balloons to symbolize hope amid the coronavirus pandemic. In its next project, we urge the BTS and HYBE to continue inspiring their followers to care for the environment and our planet and do away with the use of balloons and other materials that will add up to our worsening plastic waste problem,” Oceana said in a statement sent to PhilSTAR L!fe.

The advocacy group also noted that in the Philippines, releasing of balloons is considered littering under the Ecological Solid Waste Management Act, or Republic Act 9003, and the Expanded National Integrated Protected Areas System Act, or RA 11038.

“Aside from being additional pollutant to our environment, balloons and balloon strings end up in the ocean that can entangle and kill marine life,” Oceana said.