If you have been regularly checking Netflix’s Top 10 for the last three months, you’ve probably already stumbled upon Vincenzo, the tVN dark comedy about a Korean-born Italian mafia consigliere whose sole intention for returning to Seoul is to retrieve 15 tons of gold buried under an old, dilapidated shopping mall.

Unfortunately for him, giant conglomerate Babel Group is also after the property, and he needs to figure out a way to stop them from demolishing it before he could get his hands on the gold.

The 20-episode drama, which aired its highly anticipated finale on May 2nd, boasts of a compelling cast of characters and a gripping narrative highlighting the show’s overarching theme of fighting evil with evil.

Many fans of the show have been hooked from the opening minutes of the pilot episode, where Vincenzo is shown exacting revenge on a Cassano family nemesis by burning his vineyard to the ground. With a gold Zippo lighter, no less.

But while we’ve seen Vincenzo making his way around Italy in his luxury car and expensive Booralro suit, it came as a surprise when during an interview on The Swoon, Song revealed he had never set foot in the country nor travelled anywhere near it. Fans around the world must have hit the Play button on Episode 1 so fast to check: What in the world did we see, then?

Many South Korean visual effects production companies have hit the global stage and are now highly sought out by overseas producers for their outstanding work.

Much like Vincenzo, the show producers had more than a few tricks up their sleeves. And since travel restrictions due to the COVID-19 pandemic have dashed their plans to film in Italy, they used the magic of computer generated imagery (CGI) to take us there instead.

No stranger to CGI

Ask any seasoned K-Pop or K-Drama fan and they will tell you that South Korean entertainment has consistently experimented with and incorporated CGI in various media throughout the years. Whether the purpose is to convey spectacular events (The Host, Goblin), or depict details from everyday life (Parasite, Hospital Playlist), the use of CGI in movies, dramas, music videos, virtual concerts, and even election exit polls isn’t uncharted territory to them at all.

In fact, many South Korean visual effects production companies such as Dexter Studios (Along With The Gods), 4th Creative Party (Okja), and MACROGRAPH (Roaring Currents) have hit the global stage and are now highly sought out by overseas producers for their outstanding work.

M83 Studio, the team credited for Vincenzo’s visual effects, took us to Italy with their seamless use of CGI. This is the same team behind the impressive visual effects of Space Sweepers, the first South Korean space opera. Also available on Netflix, the film stars Song Joongki, Kim Taeri, Jin Seonkyu, and Ryu Haejin.

In the pilot, we see Vincenzo walk out of a grandiose Italian villa and into a luxury car. He asks to be driven to Emilio’s place, and the car immediately drives down a beautiful cobblestone path. The aerial view of the city changes when a yellow crop duster appears on screen, introducing us to a view of Grecco Vineyard.

Negotiations fall through, and Vincenzo doesn’t press on. Not long after, the crop duster flies overhead, and it’s too late when Emilio realizes it’s not spraying his vineyard with pesticide. As Vincenzo leaves the vicinity, he fires up his golden lighter and throws it over his shoulder—a parting gift for Emilio who helplessly watches his vineyard getting devoured by fire.

Many drama viewers immediately concluded that the vineyard fire was done using special effects. What surprised everyone was the fact that every single scene in that sequence was done against a blue and green screen. Even more surprising to note: Song wasn’t even acting with anyone in the next sequence, where Vincenzo had a confrontation with his mafioso brother, Paolo Cassano.

Check out this Netflix exclusive showing a side-by-side comparison of the raw footage and the final version of the scene we got to see.

The use of visual effects in Vincenzo didn’t stop after the first episode, although it might have been easier to miss in some of the more mundane scenes. tVN released weekly behind-the-scenes clips that allowed us a peek at some of them.

At the end of Episode 11, Vincenzo finally learns who Jang Hanseok (Ok Taecyeon) really is. He heads to Hanseok’s lavish apartment and points a gun to his head. In the background, we see a view of the Seoul skyline, an indication that Hanseok lived in a high-rise building.

In truth, this apartment was a set, and you can clearly see the green screen behind the glass windows. 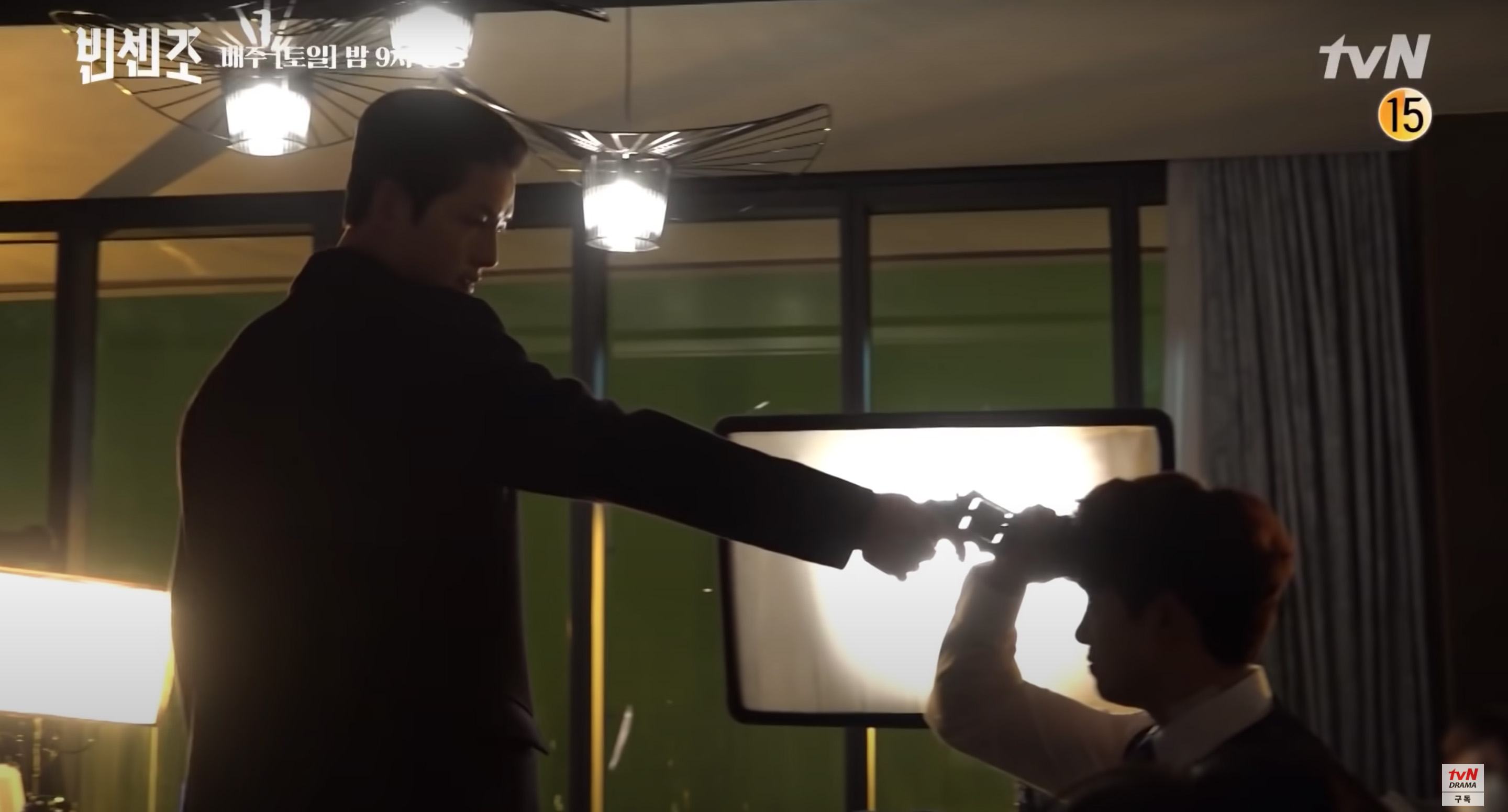 Jang Hanseok delivers a TED Talk-ish like speech in front of an adoring crowd in Episode 13, but things go south when Team Vincenzo tampers with the tech and exposes Babel’s paper company in the middle of the presentation.

But wait—those screens were actually just green screens, and both Hanseok’s presentation and the exposé video were added in post. 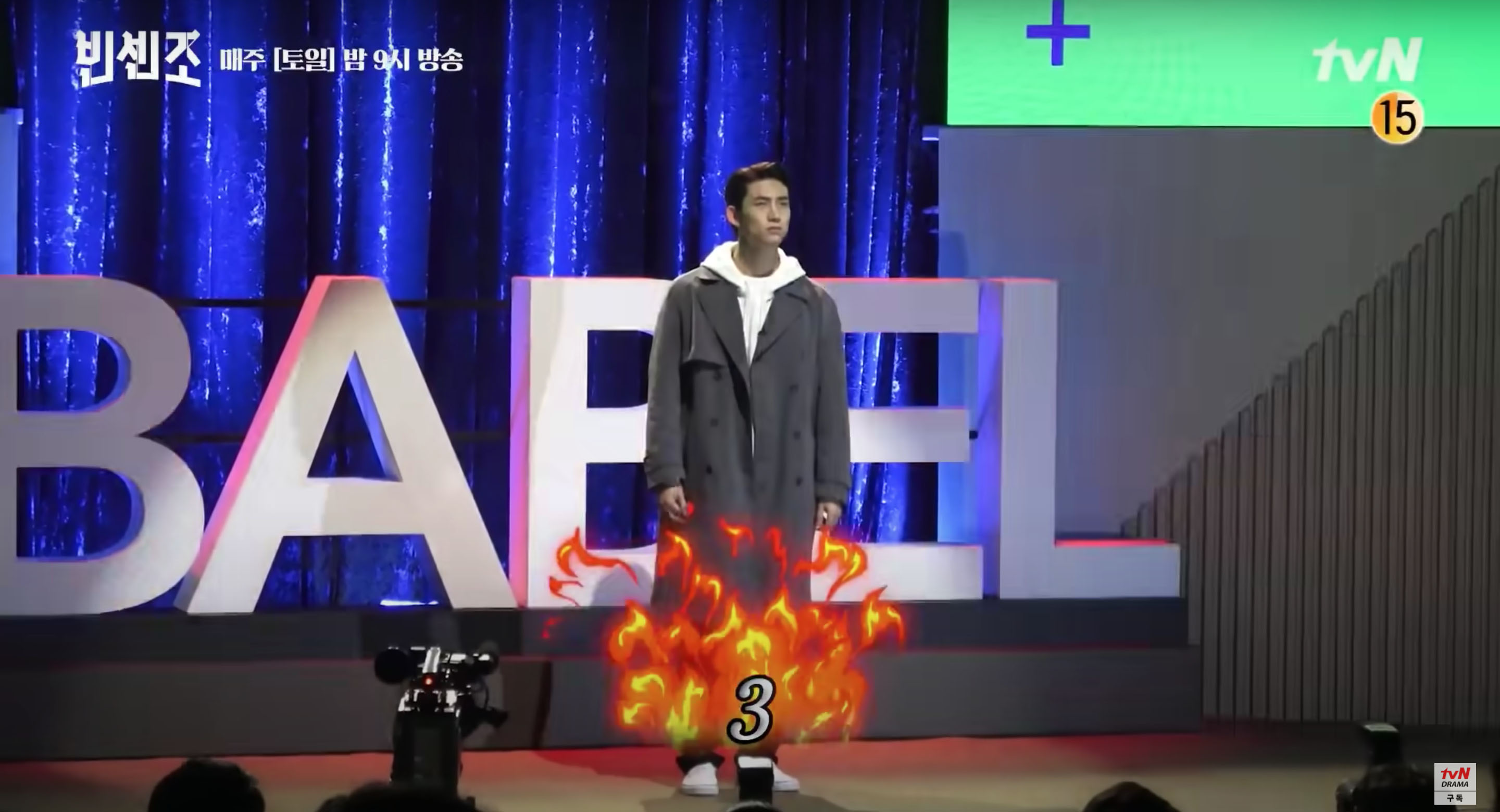 Vincenzo has a run-in with some of Paolo’s men at the end of Episode 15, but we meet an unlikely hero in the next episode: a pigeon named Inzaghi—

—who turned out to be a cardboard cutout! 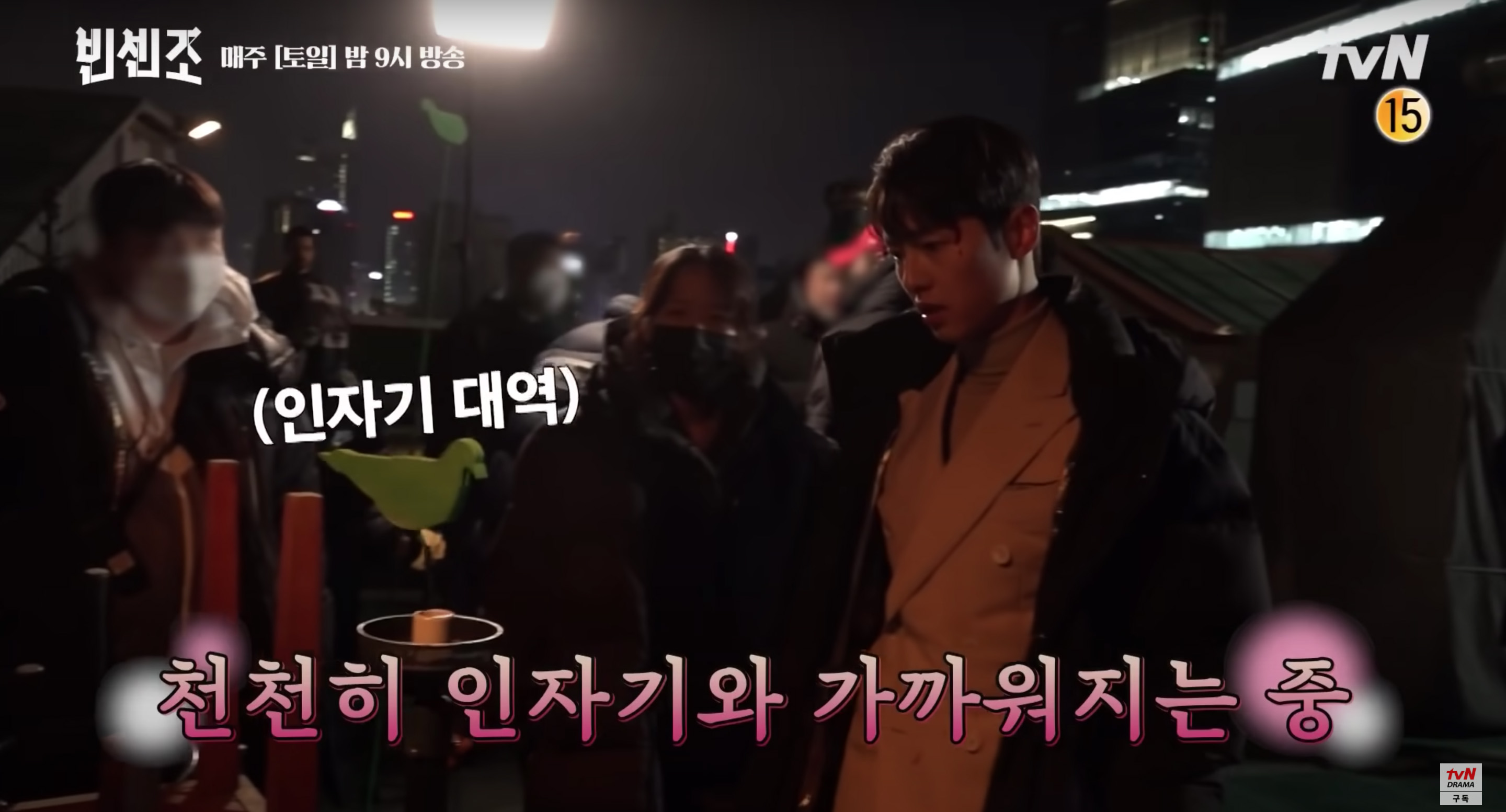 Now that you’ve seen these CGI-enhanced scenes, can you name some others that come to mind? Or are you already gearing up for a rewatch to catch some more of them?

Tara Frejas is an indie romance author (#romanceclass represent!) who has self-published 12 books so far. She works as a programs manager for an online school and likes watching KDramas after a long day to decompress.

Face swap apps like Tempo let you create deepfake videos for fun, but are there security risks?

How medical dramas heal our lives