What's the perfect way to welcome the spooky season of Halloween?

Of course, a night of binge-watching horror movies! But in case you want to double your horror experience, you can also read the novels that famous horror movies were based on to get a different perspective.

So grab your popcorn, turn off the lights, and scroll to your favorite online streaming platform to watch these thrilling movies that are actually adaptations of books. Then check out the book versions and see how the shows and movies differ from page to screen.

The 1973 movie The Exorcist, starring Max Von Sydow and Ellen Burstyn, is considered one of the scariest movies (and one of the most profitable) movies ever made. But before the 1973 film version of the story, the 1971 novel by William Peter Blatty was a best-seller. In fact, it spent 57 weeks on the New York Times bestseller list.

The Exorcist tells the tale of the young Regan who began acting strangely, levitating and speaking in tongues–which led her mother to seek help. The exorcism of a little kid in 1949 is purportedly the inspiration for the book's plot and script. Despite not featuring any well-known actors, the film earned positive reviews when it debuted; in fact, William Blatty was even honored with an Academy Award for this masterpiece as he personally wrote the screenplay for the movie as well.

The Exorcist is available on streaming on Prime Video and HBO Max.

The Haunting of Hill House

The Haunting of Hill House horror drama series, directed by Mike Flanagan, kicked off the whole Haunting miniseries on Netflix. In case you didn't know, the series was loosely based on the gothic horror novel of the same name by Shirley Jackson first published in 1959, which was a finalist for the National Book Award and considered one of the best literary ghost stories of the 20th century.

The plot centers on the siblings who grew up in the most well-known haunted house. When they are adults, tragedy brings them back together and forces them to face their old demons.

The Haunting of Hill House is available for online streaming on Netflix, Vudu, and Prime Video.

Since Stephen King wrote It in 1986, the novel has been adapted for the big screen twice: once in 1990 as a two-part miniseries and another in 2017 and 2019 as a duology (It: Chapter One and It:Chapter Two).

It (the movie) became a worldwide sensation in 2017 and garnered high praise for its performances, screenplay, and direction. Meanwhile, the classic novel is considered “a landmark in American literature.” 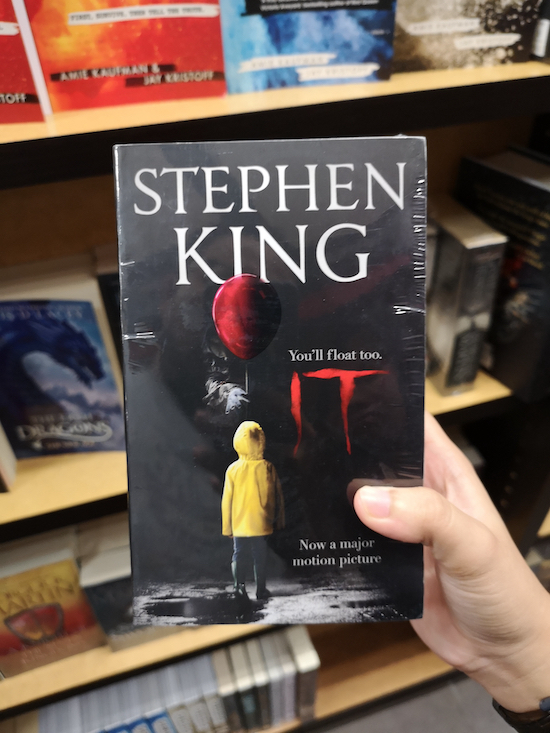 Both the book and movie center on a group of seven children who must conquer their own personal fears in order to defeat the ruthless, bloodthirsty clown known as Pennywise the Dancing Clown. It is available to watch on HBO Max and Netflix.

The American horror movie The Ring (2002) was adapted from Koji Suzuki's horror/mystery book of the same name published in 1991.

Ehren Kruger wrote the screenplay of the U.S. version (a remake of the cult classic 1998 Japanese horror film by Hideo Nakata) while Gore Verbinski served as director.

In the film The Ring, a journalist looks into a mystery videotape that appears to kill anyone who watches it one week to the day after they do. The Ring is available to stream on Google Play, Amazon Prime Video, Vudu, and Netflix.

I Know What You Did Last Summer

While you may be familiar with the 1997 slasher flick I Know What You Did Last Summer starring Sarah Michelle Gellar or the new series reboot on Amazon released in 2021, both were based on the 1973 novel by Lois Duncan.

IKWYDLS is more than just a young slasher thriller; there are many differences between the book and the movie, including the fact that the book focuses more on suspense while the movie closely follows the slasher genre and incorporates supernatural elements.

If you prefer suspense, you might want to pick up a copy of this book and read it instead. You can watch the 1997 version on HBO Max, Prime Video, and Vudu, while the series reboot (which was canceled after one season) is available on Prime Video as an Amazon Original.

TAGS: Halloween i know what you did last summer IT The Ring horror films Horror books The Excorsist Haunting of Hill House

Rayven is a broadcasting student who enjoys music, movies, as well as watching sci-fi and criminal law films. He is an introverted person with dreams of traveling the world one place at a time.