Konami is rebranding its Pro Evolution Soccer series into eFootball, a free-to-play digital only video game.

The game developer has dropped its FOX engine from the previous Pro Evolution Soccer games as this new installment has been rebuilt using the Unreal game engine, and will utilize a new “motion matching” technology which makes player animations more realistic for gameplay.

eFootball will also be under live-service updates due to its free-to-play aspect.

However, exhibition matches will be the only game mode available and only nine clubs will be playable at launch including FC Barcelona, Juventus, FC Bayern, and Manchester United.

Other game modes will be available as optional DLC, “giving players the freedom to build an experience."

Konami will announce more details about their newest project in late August. In the meantime, they have released the official roadmap for the game. 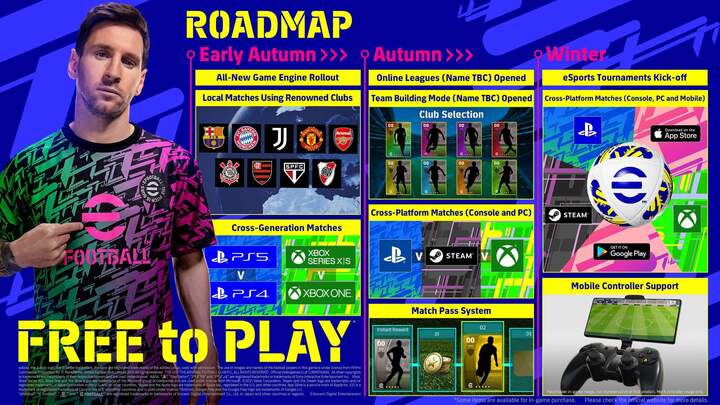 eFootball is expected to release on PlayStation 4|5, Xbox One, Xbox Series X/S, and PC this Autumn.