Urban electro band NU’EST is one of the K-pop groups I love at the moment. After discovering them at the Big Hit Labels (now HYBE) 2021 New Year’s Eve Live Concert, I got interested in the group because of their stage presence and outstanding visuals.

Upon knowing that they actually debuted a year before BTS, I wondered how come I never heard of this impressive group before?

I remember spending two to three days reviewing their past works. Their debut song Face was a familiar tune I might’ve heard on the radio before, and I realized that their smash hit Hello is the same song BTS RM used to sing out loud in the shower (as mentioned in In The Soop and an interview recorded years ago).

Just like any other newbie K-pop fan who have gone down the rabbithole since the pandemic started, I watched fan-made documentaries and interviews about the group’s history, and the more I dug into their challenging yet interesting journey, the more I want them to succeed.

After seven long years, NU’EST finally released their second full-length album called Romanticize last April 19 with the title track Inside Out. With this as my first NU’EST comeback, I was excited for JR, Aron, Baekho, Minhyun and Ren.

Romanticize is the second full-length album of NU’EST (following 2014’s Re:Birth). A lot of things happened in between and they managed to release mini-albums, both as a full group and the temporary sub NU’EST W.

The album features five group tracks and five solo songs from each member, where they were able to express their "romantic" side individually.

The album starts strong with the dance track Dress. Playing this song automatically takes me to an imaginary fashion runway. The catchy chorus lines "Oh my Gosh" and "24/7 I love you" made this song my current LSS. This song represents the vibe of the earlier NU’EST tracks that I love (Bass and Déjà vu).

Next is the title track Inside Out. Lyrically, the song is about a guy’s honest feelings towards a breakup and how he pretends he doesn’t care, but deep inside, he is still longing for her love and needs her.

Accompanied with a visually stunning music video, sweet yet longing vocals and slick choreography, Inside Out surely attracted a lot of new fans.

The third track is Don’t Wanna Go. Time to take it slow and appreciate the vocals of the members, especially Baekho’s high notes in the bridge part. Lyrically, the song is quite related to Inside Out. This time, you can sense deeper sadness and how one yearns for the love and affection of the one that got away.

The fourth track is Black which reminds me of the late 2000’s R&B dance tracks that were normally played back then. The song conveys the adrenaline rush felt when you’re attracted to someone. I’m sure a lot of choreographies will be made out of this song. It is one of my top three favorites.

Next is the Korean version of the song Drive. The original Japanese version of the song was released last year as part of their Japanese album with the same name. This is one of the songs performed in the 2021 Big Hit Labels NYEL Concert which brings me back to the streets of Tokyo for some reason. It has that relaxing "night stroll" or "drive in the city" kind of vibe.

Let us now proceed to the solo tracks by starting off with Earphone by Minhyun, the group’s main visual and vocalist. The song simply depicts listening to music on your own through your phone instantly, and gives one comfort and healing.

The track fits him perfectly. It is the type of song you would love to hear whenever a K-drama leading man appears onscreen. I wouldn’t be surprised if this song ends up as the OST of his rumored upcoming drama. If his charisma caught your attention, you can catch his first series Live On via Viu or IQ!

Time to spice up the album with some sexiness! Need It successfully showcased Baekho’s vocal abilities in a sexy manner. Those who chose this "sexy bandit" as their bias surely thought of Fifty Shades scenarios while playing this song. 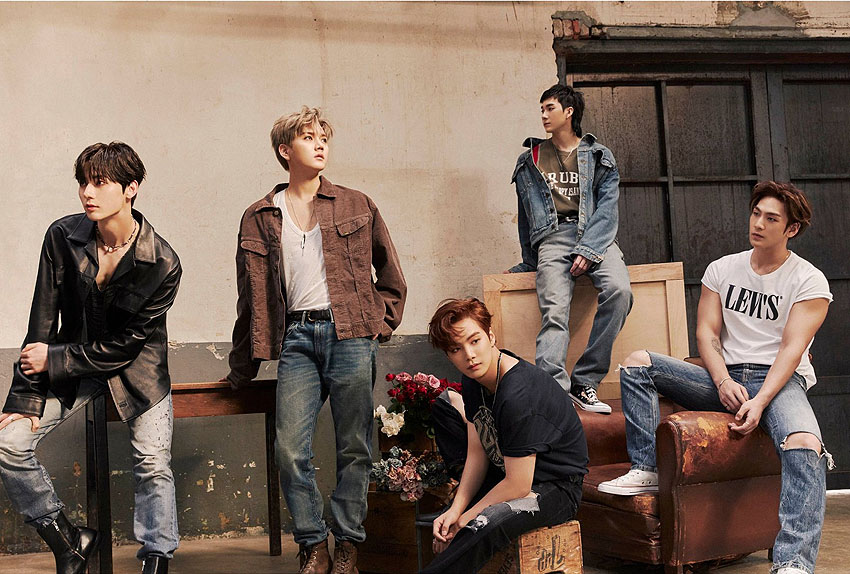 Let’s explore something new through the group leader/main rapper/dancer’s Doom Doom. Knowing his strong points as a performer, I imagine JR writing this song with the choreography in mind. Compared to the other tracks in the album, Doom Doom is on the darker, electro-house side, yet the lyrics are reflective and personal.

The youngest member/maknae Ren’s energetic disco-pop track is Rocket Rocket. I learned recently that he is a big Lady Gaga fan and her influence is evident in this track. I can already imagine Ren’s stage as he belts the chorus with oozing confidence. He himself wrote all the lyrics of the song and admits that he loves showing something fancy and flashy whenever he performs on stage. Yes, Ren is born this way!

For the final track, the album eases down with a sentimental modern rock from Aron, the eldest or hyung of the group with I’m Not. Some might find it strange that they decided to place this song last, but for me, it is a comforting finale. This is the type of song you would love to hear when you’re watching a contemplative scene in a K-drama.

In the global press conference for the album, Aron expressed that this song depicts his personal thoughts about certain things. Among all the songs in the album, this is the most relatable to me that I nearly cried after reading the translation. I love Aron’s soothing voice as he has this power to heal and this also serves as a good comeback for him after taking a short hiatus from group activities due to health reasons.

In all, Romanticize is an exciting album from a boy band who spent almost a decade making music together. I already bought a physical copy (there are five stunning versions to choose from). My only complaint is this full-length album deserves more tracks and I want more from NU’EST! NU’EST is what I want, NU’EST is what I need and I don’t want to be free from their bops!