We dive back into hell in 2021 with Diablo II: Resurrected. One of the most popular games in the iconic series, the HD remaster of Diablo II is set for tentative release sometime this year. Until then, we got to play the technical alpha which was made available last week, and got a sense of what the final gameplay would look like.

Diablo II: Resurrected is a high definition remaster of the original game which came out in 2000. The action hack-and-slash RPG with a top down isometric view was distinct for its click-and-loot mechanic in a dark, horror fantasy world. Developed by Blizzard North and published by Blizzard Entertainment, Diablo II was originally released for Microsoft Windows, Classic Mac OS, and macOS.

This time around, Resurrected will release across multiple current-gen platforms, including consoles with full D-pad controller support. For the technical alpha, we were given a limited single-player story campaign which contained some features that we can expect from the final release.

‘Diablo II’ remaster set for PC and consoles this year

Diablo II: Resurrected will have seven playable classes, but for the tech alpha only three are made available—the Amazon, Barbarian, and Sorceress. The finished game will also have the Assassin, Necromancer, Druid, and Paladin classes.

Loading up the game on a Windows 10 PC will need a Battle.net account and game launcher which can be easily downloaded from the Blizzard website. As the game begins, an intro cinematic plays but as it's in early development, it's easy to ignore because the animation is pretty basic and may as well be a placeholder for the final product.

After going through the steps of choosing your player class, it's time to enter the game. For this playthrough, we went ahead with the Amazon. 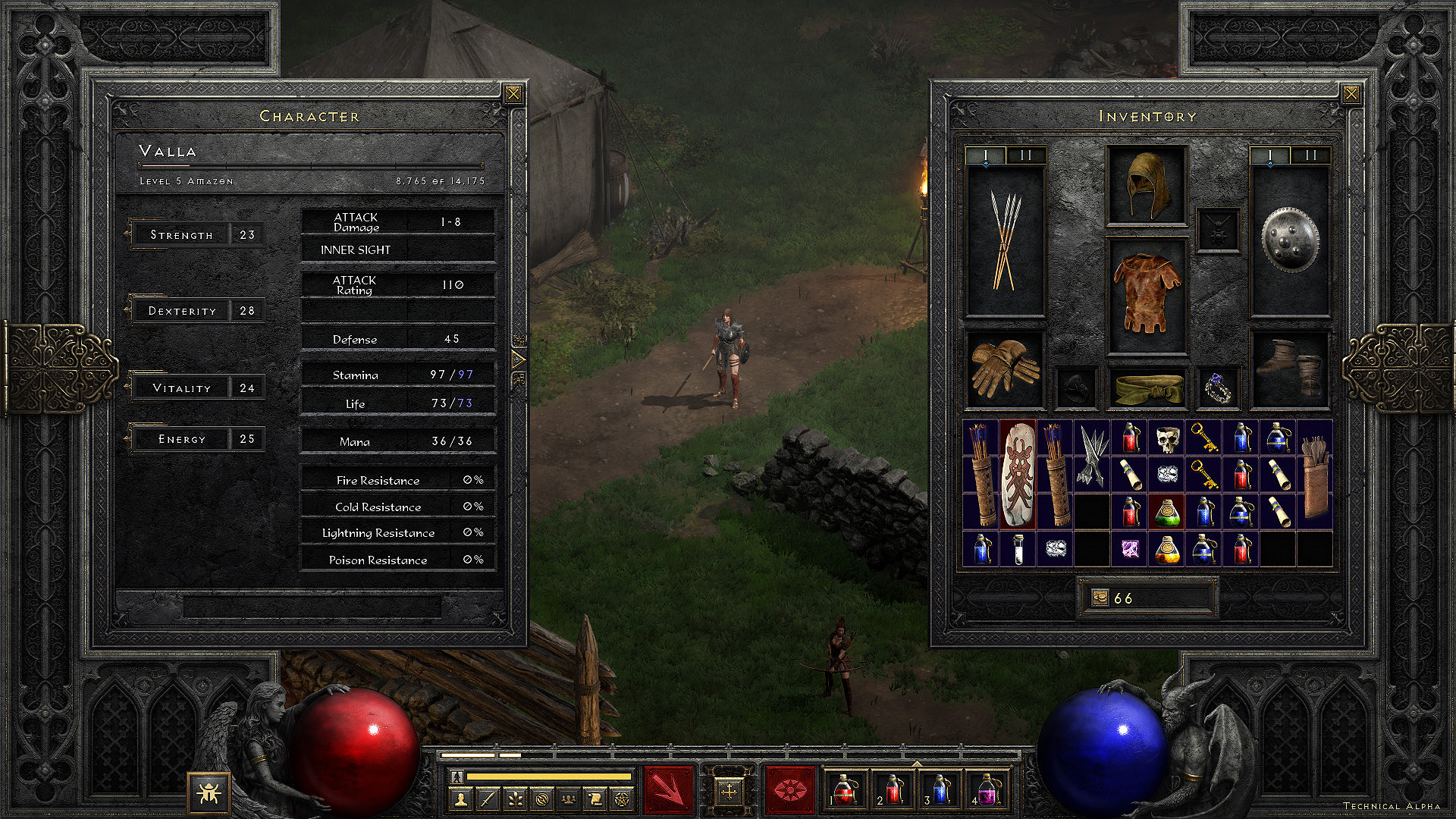 Immediately, Resurrected opens with its HD remastered graphics and you'll be forgiven for thinking that the 2000-era game looked like this all along. Blame those rose-tinted glasses for that. We'll soon see how incredibly different the legacy graphics are with a simple keypress. 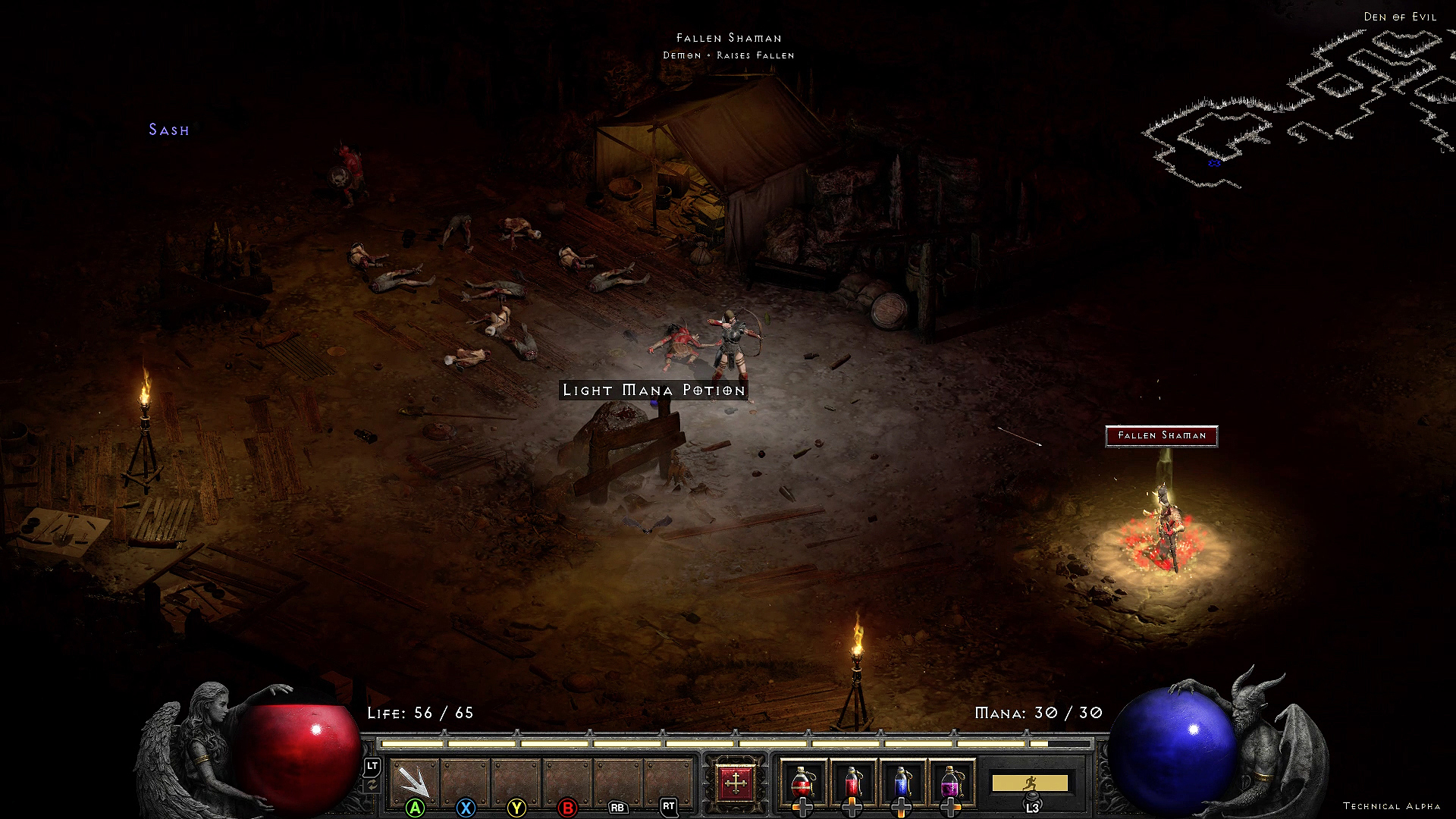 Whether on a mouse and keyboard setup or D-pad, the clickety-clack hack-and-slash-and-collect-loot gameplay is as responsive and addictive as ever. The UI changes a bit to accommodate the control scheme you're going for, with mouse controls letting you bind a couple of skills to the right- and left-click buttons, and D-pad controls letting you assign more skills to more of the face and shoulder buttons.

With the press of the "G" key, the game reverts to its legacy graphics and you immediately see the difference between 2000 and 2021. 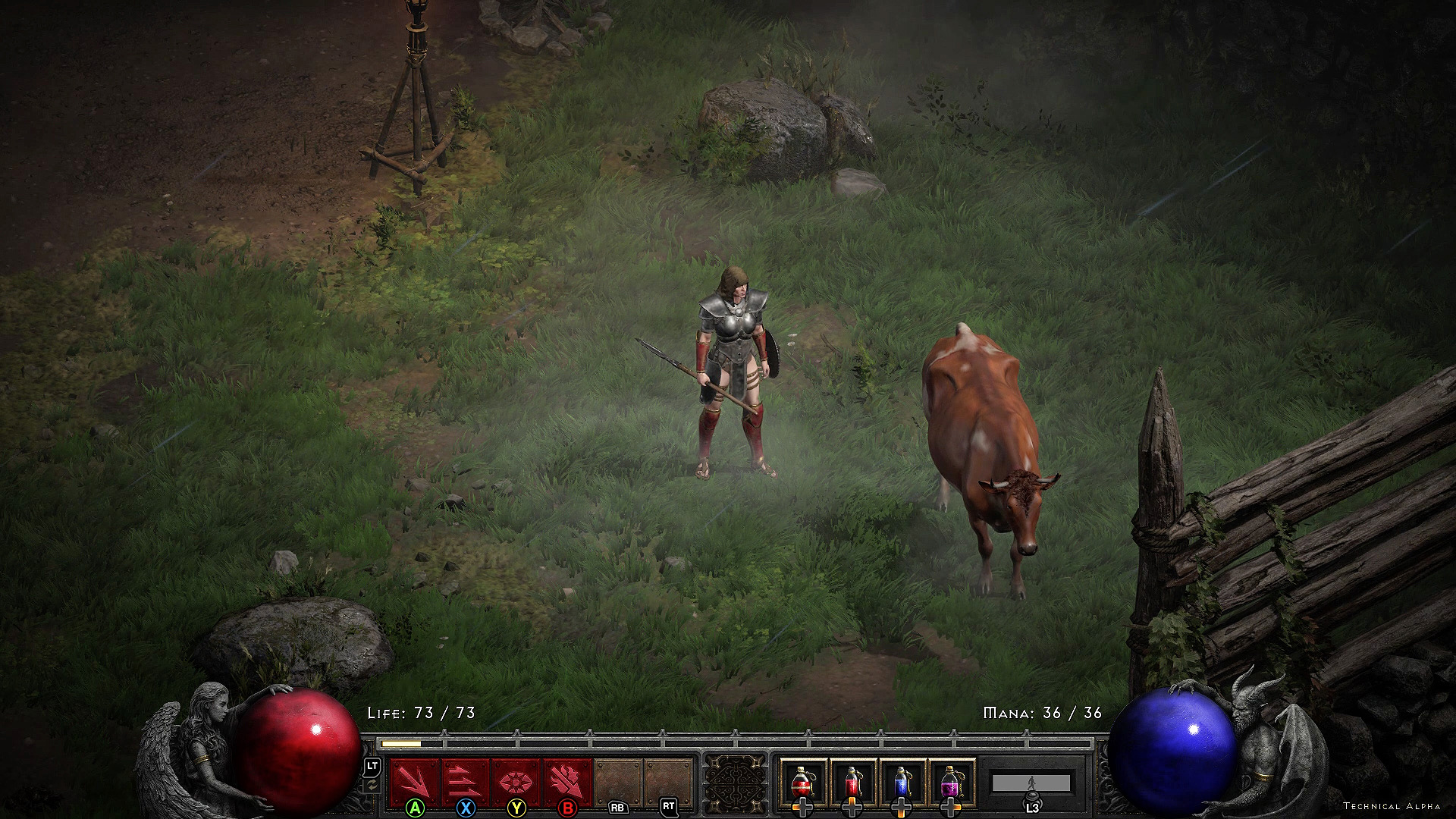 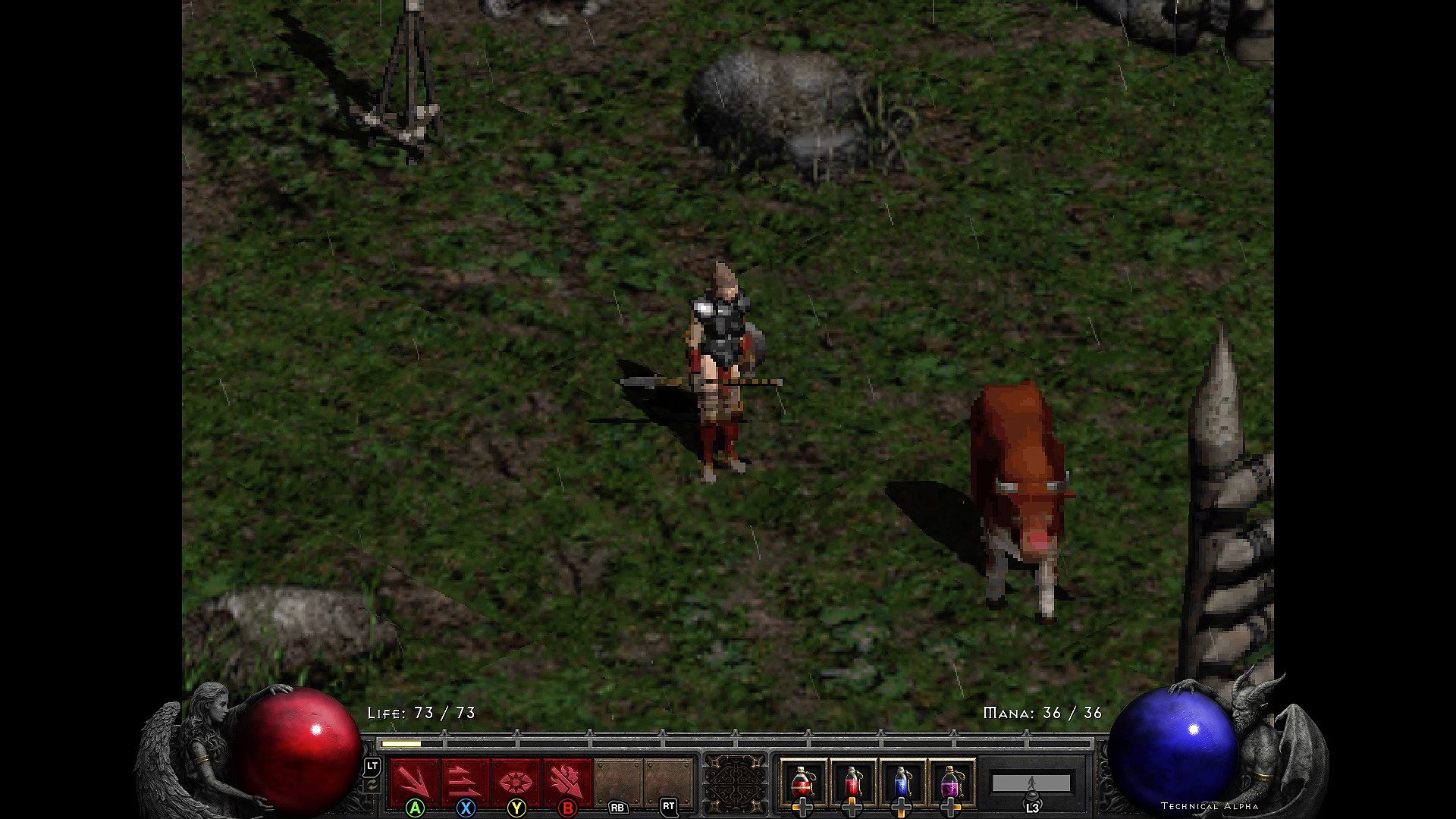 Even the old-school graphics benefit from 60-plus framerate gameplay, and you can certainly play the entire game this way. However, after seeing the silky-smooth anti-aliased visuals of Resurrected, you'd be hard-pressed to switch back unless you're a nostalgia geek or trying to make a point on your Twitch stream. 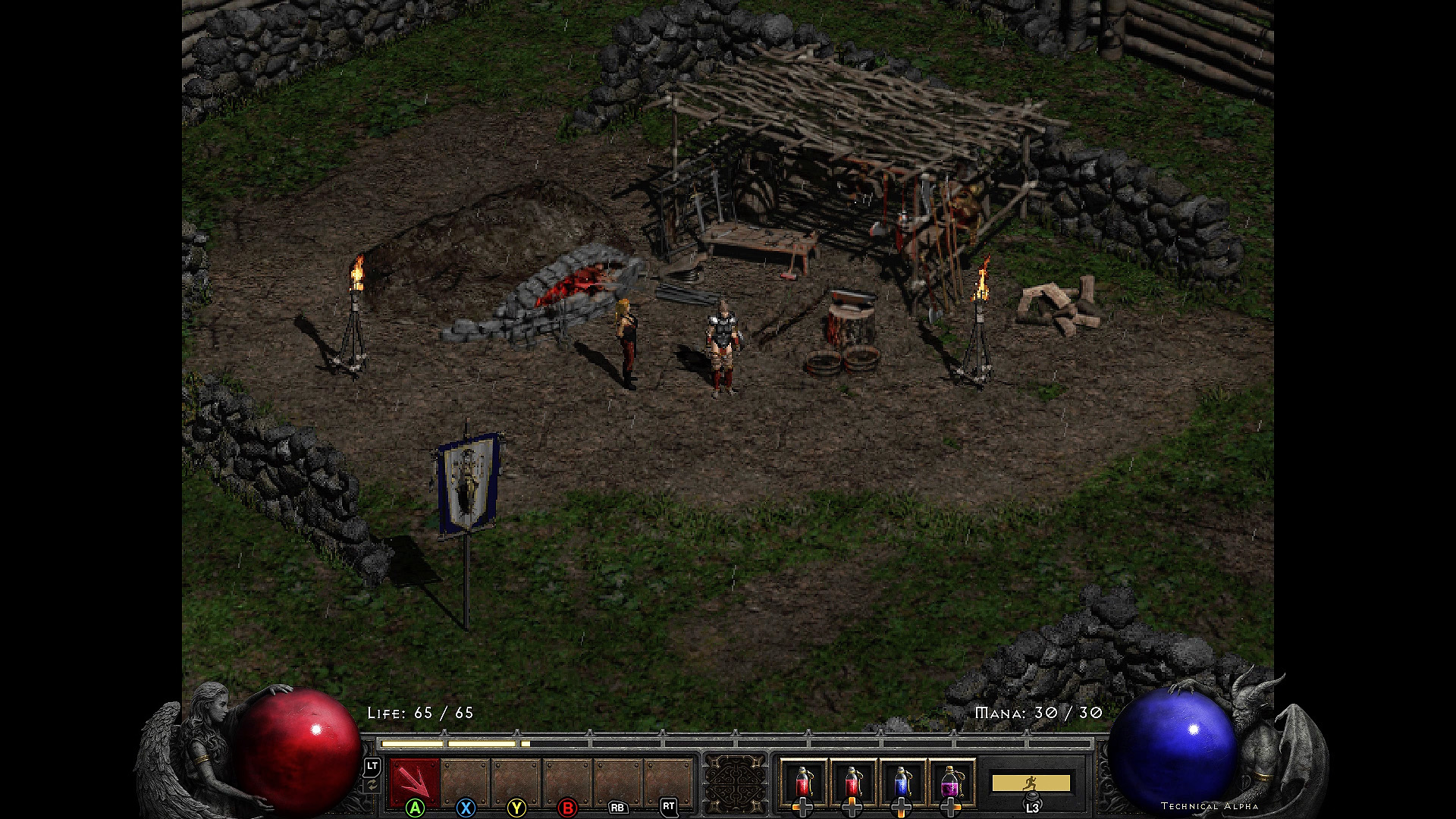 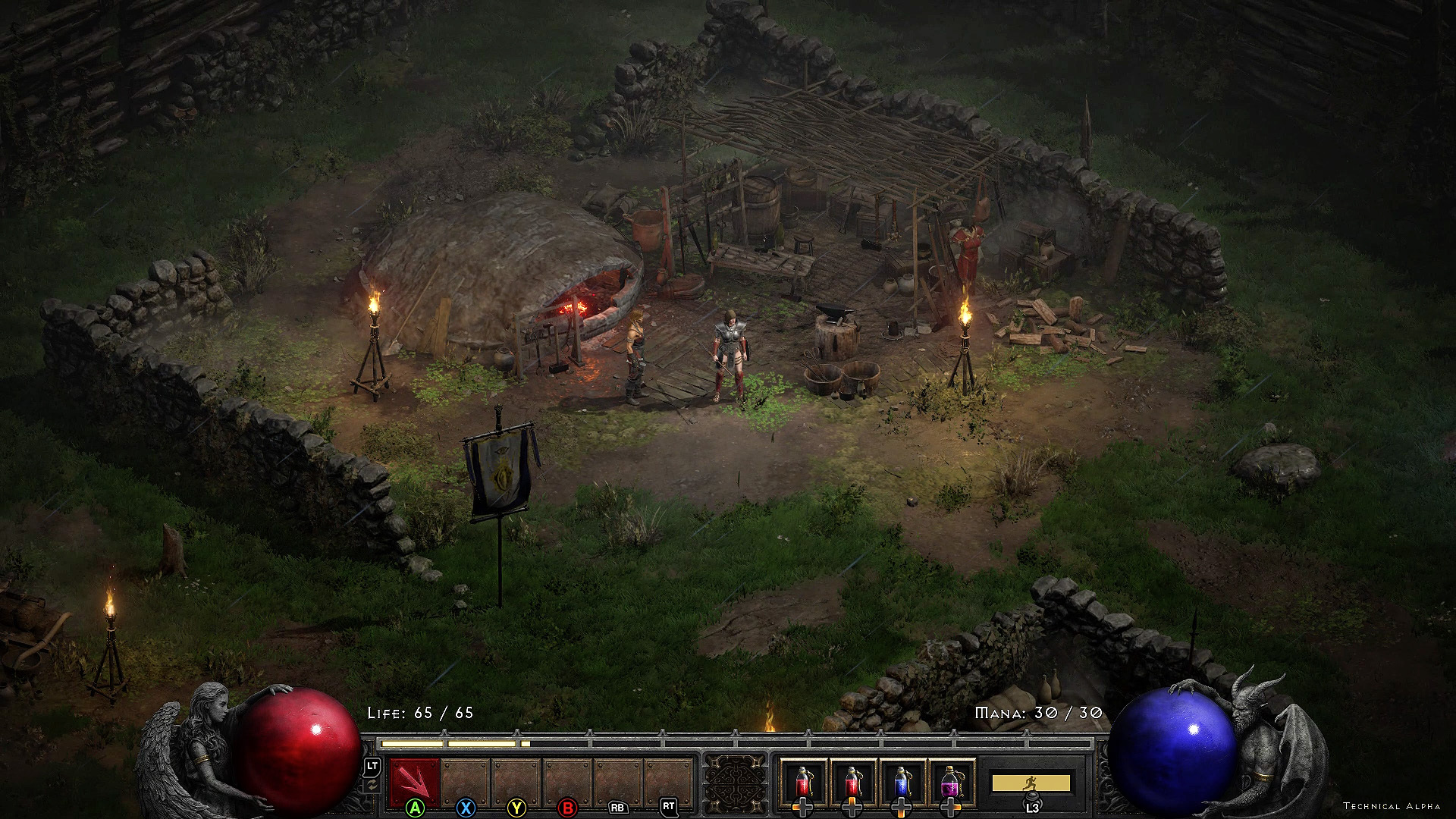 I have not played Diablo II in years, decades, seeing as it's nearly 21 years since the game first came out. But this is the gameplay I remember. It is practically the same, even those cursed inventory boxes that never seem to have enough room for all the items we want to carry. As mentioned, it's still as addictive as hell and a major time-sink as you push to clear out an area.

Blizzard is set to to offer additional play tests, hopefully including multiplayer, more playable classes, and additional options for graphics and controller support. There's no word yet as to when the next one will be made available, but fans should do themselves a favor and register for future play tests at the Blizzard website.