Kylie Jenner has hinted at the name of her second baby with Travis Scott: Wolf Webster.

On Instagram Stories, Jenner posted a text image that read "Wolf Webster," followed by a white heart emoji. She also shared in a previous Story a promo of Kylie Baby, her baby product line. 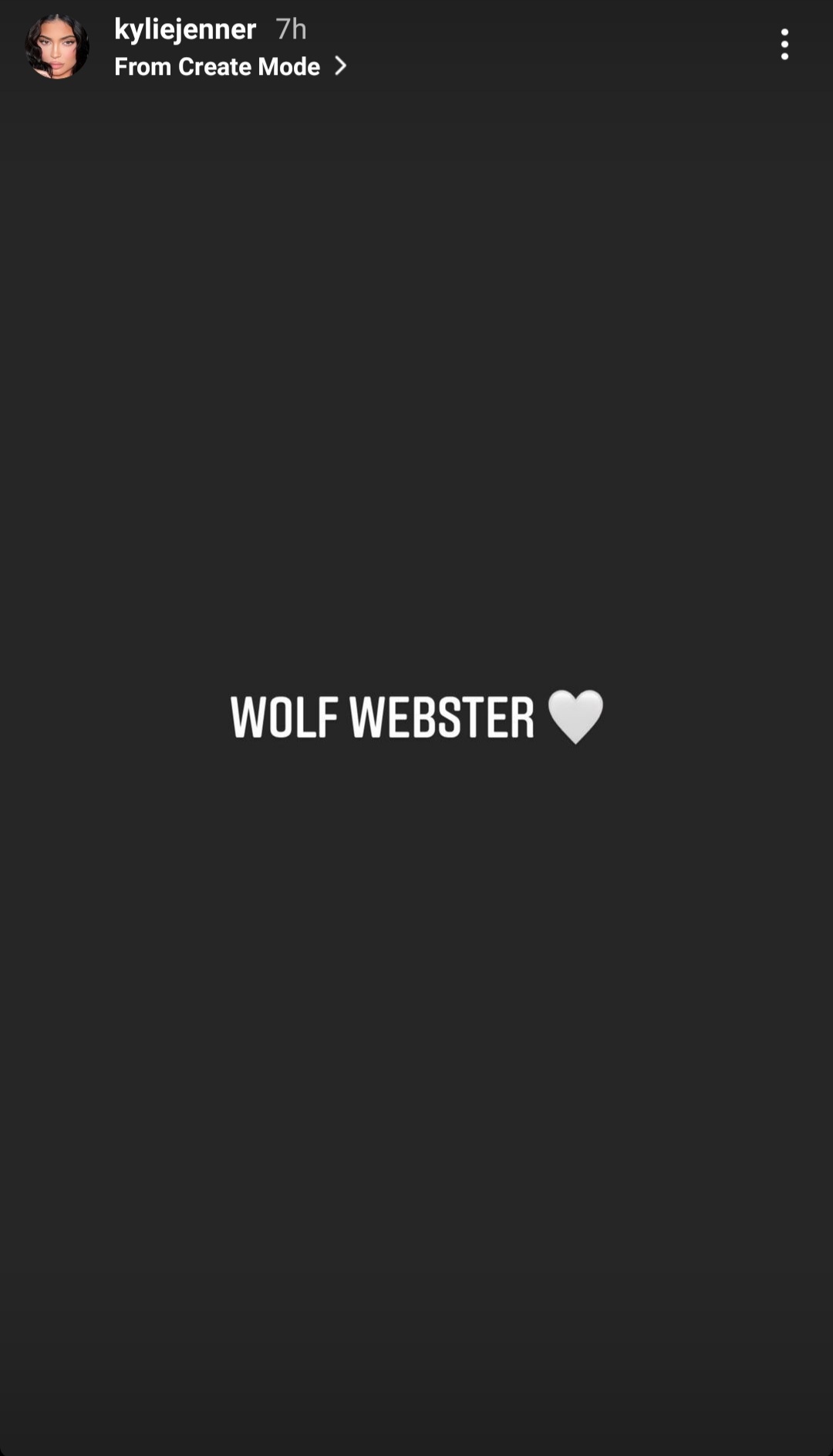 "Wolf is a name with a split personality," the website said.

"It can be seen as one of the fierce animal names, like Fox and Bear and Puma, with a touch of the werewolf, or it can be viewed as a quieter, Wolf Blitzer kind of name, fairly common in German (where is pronounced Vulf) and Jewish families, sometimes as a short form of Wolfgang."

Jenner's apparent baby name reveal appeared to be a follow-up of the monochromatic aesthetic she used in welcoming her newborn boy on Feb. 6, when she shared a photo showing his tiny arm followed by the caption "2/2/22," with a blue heart emoji.

The "2/2/22" caption suggested that the baby boy was born last Feb. 2, a day after the couple's first daughter Stormi Webster’s fourth birthday.

Jenner first confirmed she was pregnant in September last year after sharing a video of her showing a positive pregnancy test to Scott.

Millie Bobby Brown opens up about online hate and healing in Sept. issue of Allure