Filipinos are extra invested in the judges of this year's Miss Universe pageant, which will happen in Eilat, Israel on Monday, Dec. 12 (Philippine time).

Besides Marian Rivera joining the pageant's selection committee, the pageant will also see France's Iris Mittenaere, Miss Universe 2016, return to the Miss Universe stage as a judge. Filipino pageant fans will remember Mittenaere as the contestant who was crowned when the competition took place in the Philippines in January 2017.

As a previous Miss Universe titleholder, it's expected that she will take her judging duties very seriously. In a series of Instagram stories posted on her account on Friday, the former Muss Universe can be seen preparing for her selection committee.

One post sees her perusing through the profiles of the contestants. 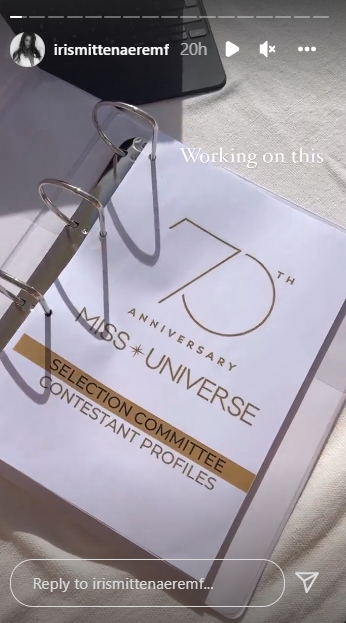 In another post, Mittenaere shared that she was reading the bios of the contestants, watching their preliminary interviews, and looking at their social media profiles. This year's Miss Universe delegates better made sure their profiles are professional, as it seems Mittenaere is judging them not only based on pageant activities, but also on social media activities as well. 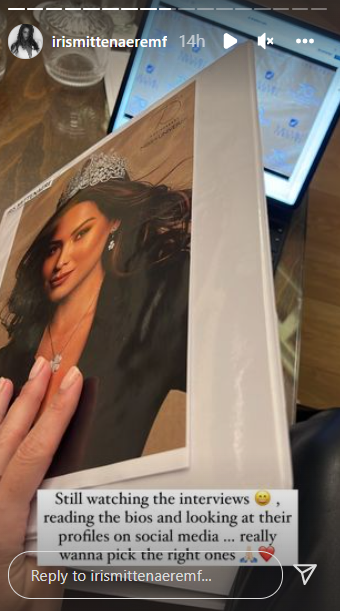 "Still watching the interviews, reading the bios, and looking at their profiles on social media. Really wanna pick the right ones," she wrote.

The post also confirmed reports that the judges were not present during the preliminary interviews earlier this week as most of them were still in quarantine at the time of the interviews. Instead, they were given videos of all the interviews with the girls.

This Gucci x adidas umbrella is worth $1,290—but you can't use it under the rain