The Miss Universe Philippines (MUPH) 2021 candidates paraded in their stunning national costumes with sophistication and elegance, channeling the beauties of the past—the Manila Carnival Queens.

The masterfully created national costumes showcased the Filipino artistry through elaborate and intricate designs that were interpreted in traditional, modern and avant-garde styles.

The queens presented their costumes to the tune of Kulay by P-pop group BGYO, as they claimed the newly inaugurated Clark International Airport as their runway.

Here are the queens who stood out among the remaining 28 MUPH 2021 candidates. 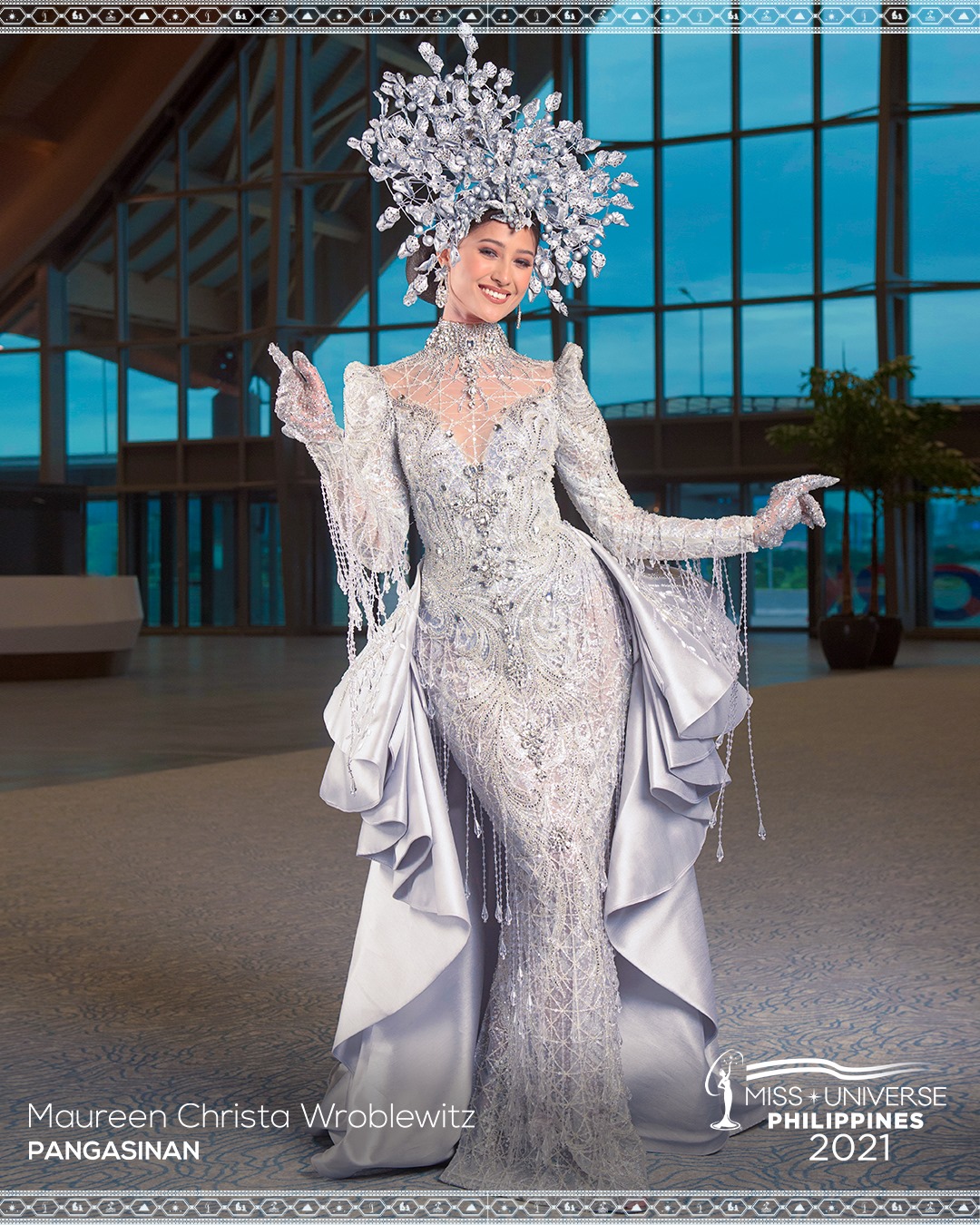 The elaborate ensemble was inspired by Pangasinan’s treasure: the humble bangus.

The costume, which includes a fish fin structured train, silver tassel, and a headdress, was hand-embellished with silver beads, crystals, and sequins to represert the “rich and fine salt beds” of the province of Pangasinan. 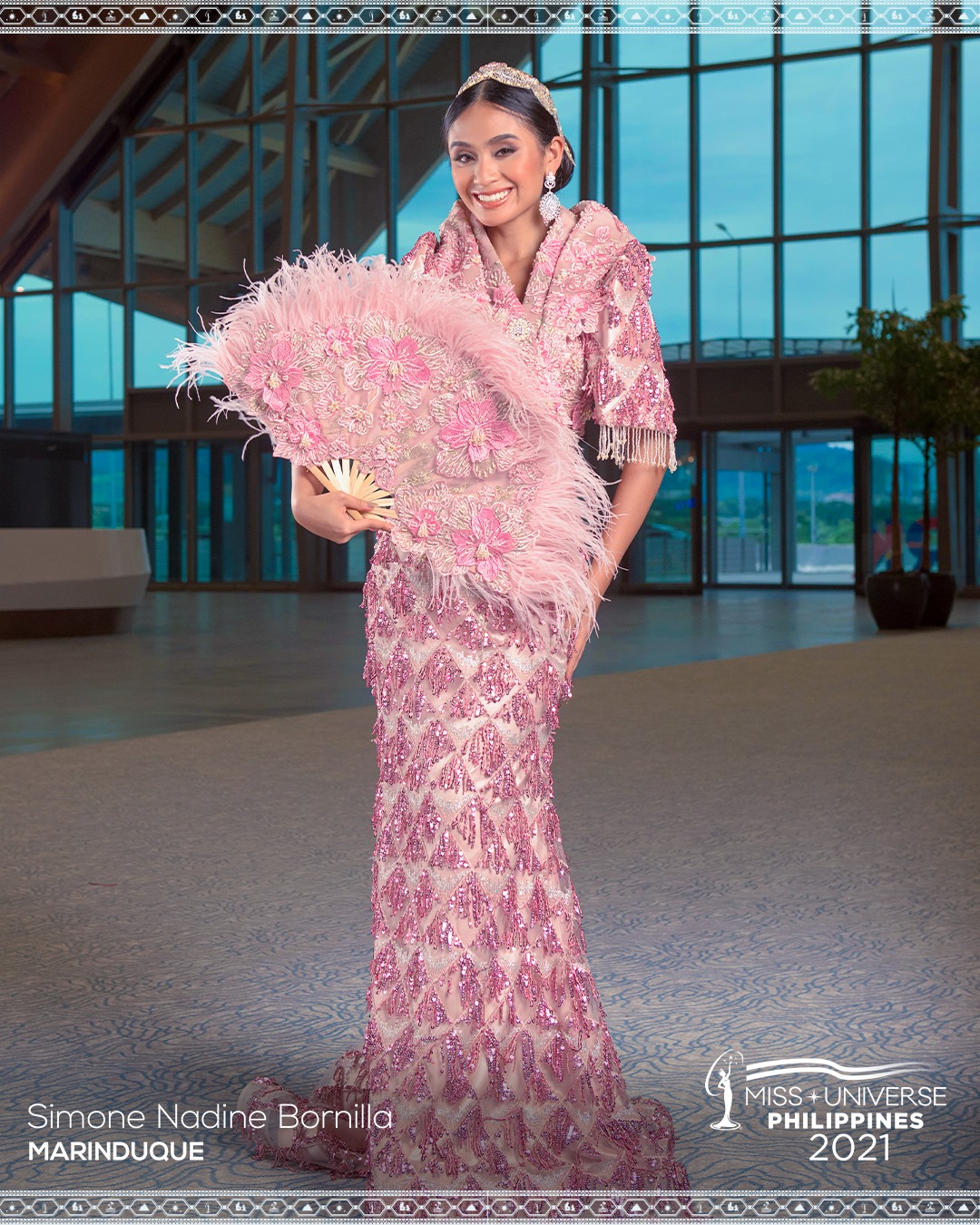 Simone Bornilla’s dusty rose couture ensemble by Hollywood couturier Oliver Tolentino is an ode to Rosario Cayetano, the first Miss Marinduque to represent the province in the first Manila Carnival.

The dress’ silhouette, accented with pink paillette tassels, brings out the classic Carnival glam in Simone.

The ensemble was complete with mestiza sleeves, a panuelo, pink fan with fur, and an embellished gold crown. 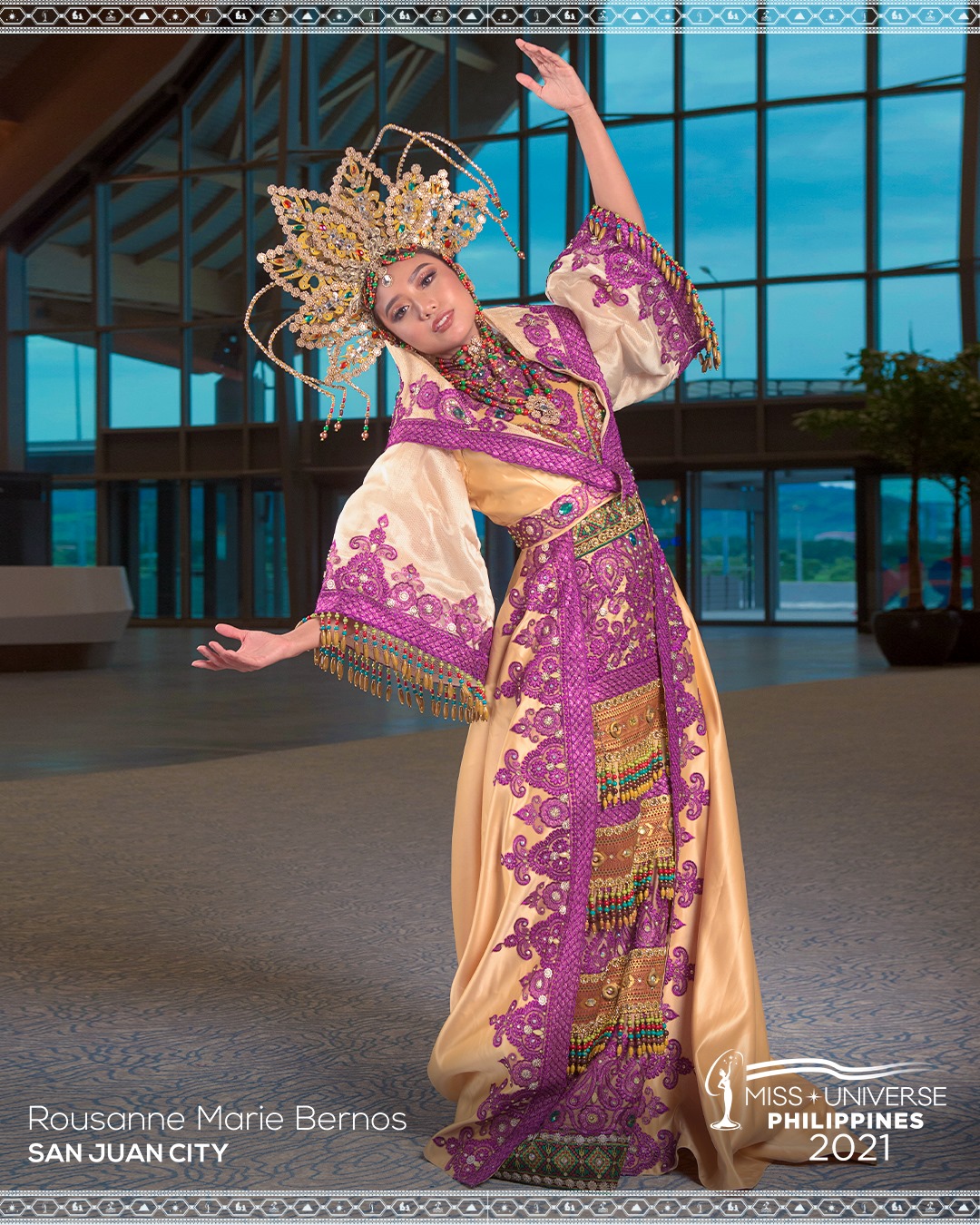 Uy is known for his modern Filipiniana creations and for Bernos' national costume, he designed a two-part ensemble, whose baro and saya may be removed and would reveal a colorful and intricate form-fitting dress. A bejeweled headdress completes the look. 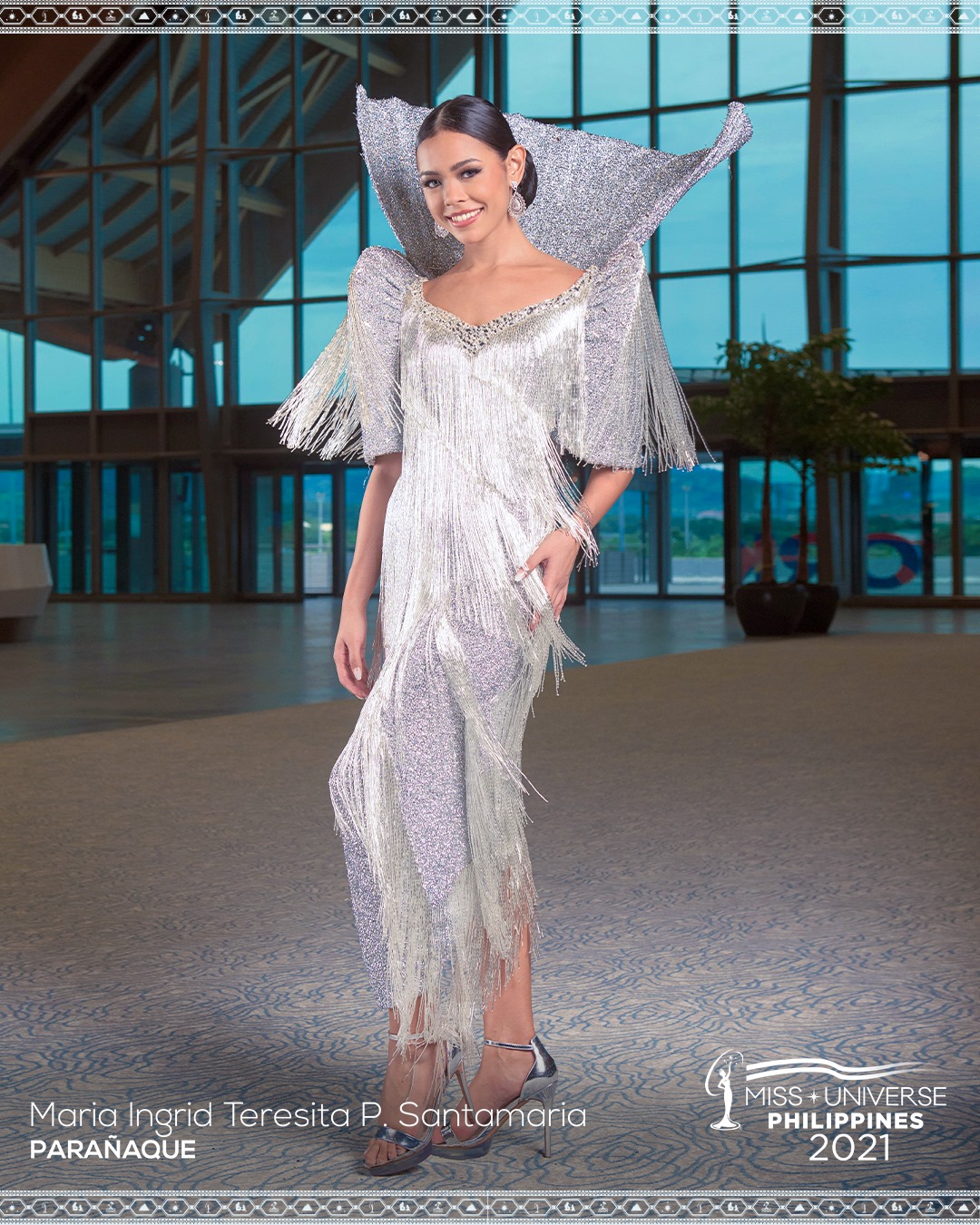 The design was modeled after the winning gown of Santamaria's great-grandmother, Carmen Arnaiz Zaldarriaga, from her reign as a Manila Carnival Queen in 1937. 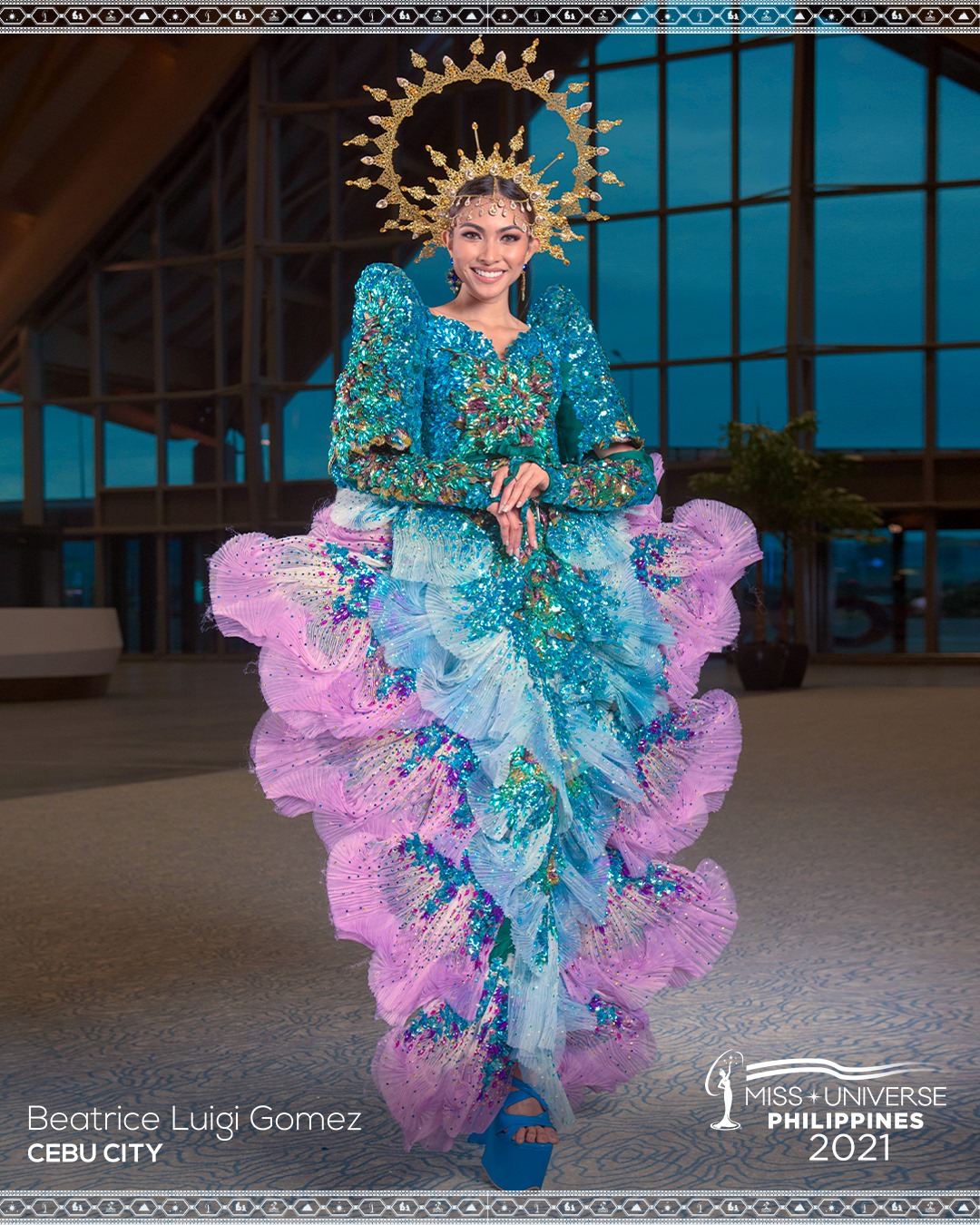 Designed by Axel Que, the dress carries whimsical features and traditional silhouette, with an avant-garde bottom. According to Que, the headpiece by Louie Gallego represent the celestial phenomenon of lunar eclipse. 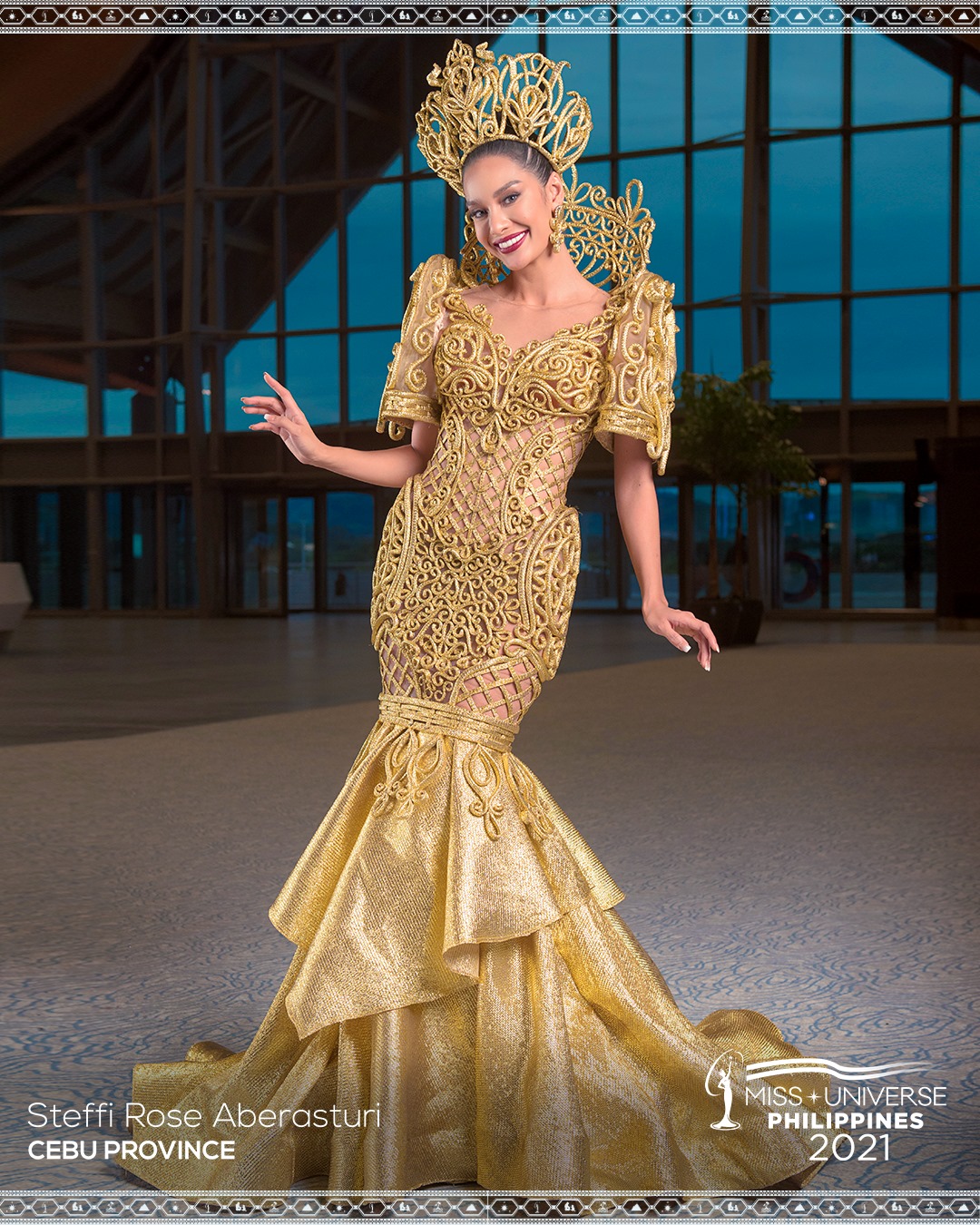 Steffi Aberasturi’s intricate national costume designed by Malayka Yamas pays homage to the art of rattan weaving, which is a traditional Cebuano livelihood.

The gold and red colors of the piece celebrates the 500 years of Christianity in the Philippines and the Señor Sto. Niño. 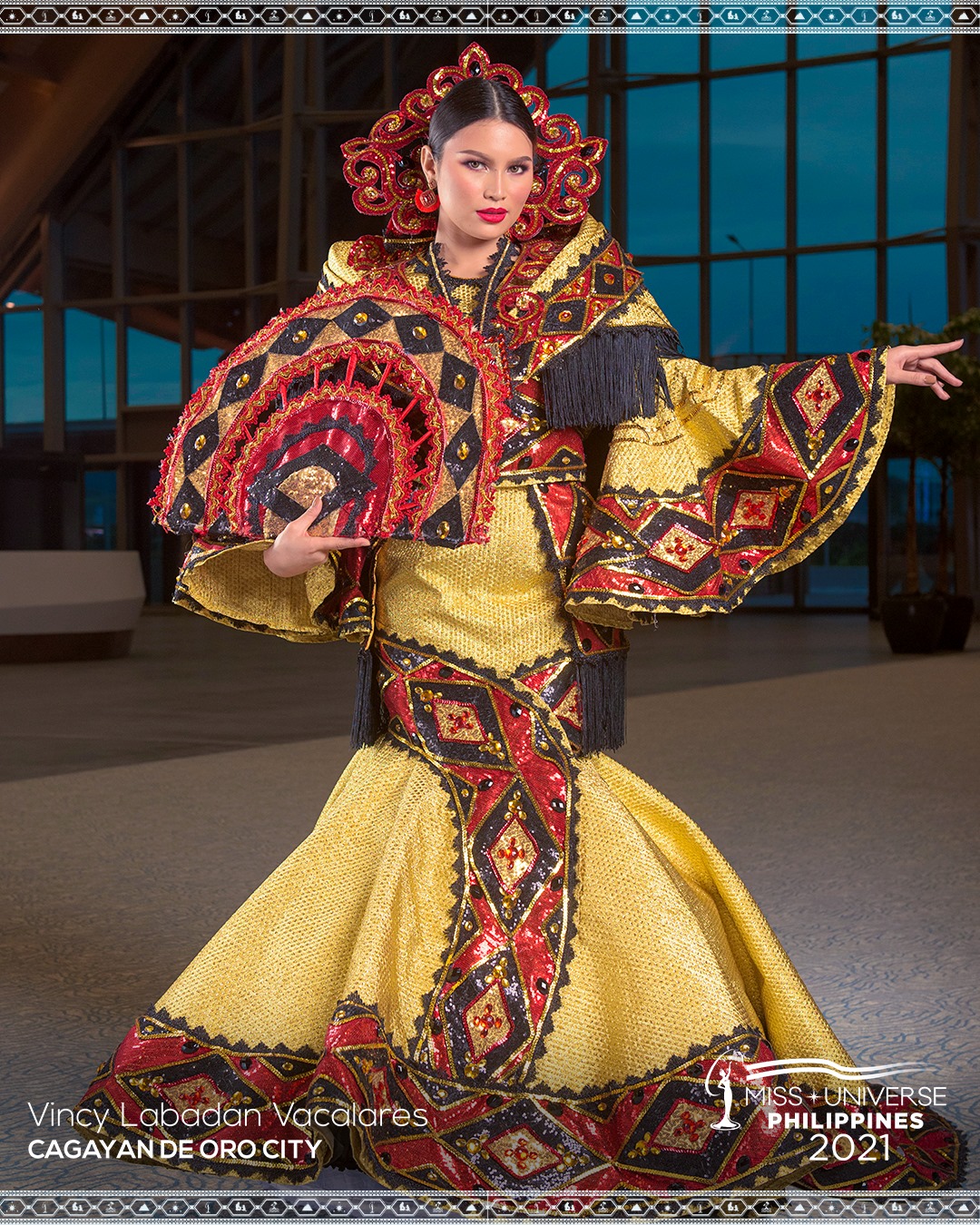 The golden serpentina number, designed by Jie-jie Aisa, highlights unity in its details—a scapular medal to repressent Roman Catholicism, and a fan symbolizing royalty for the Islamic faith. 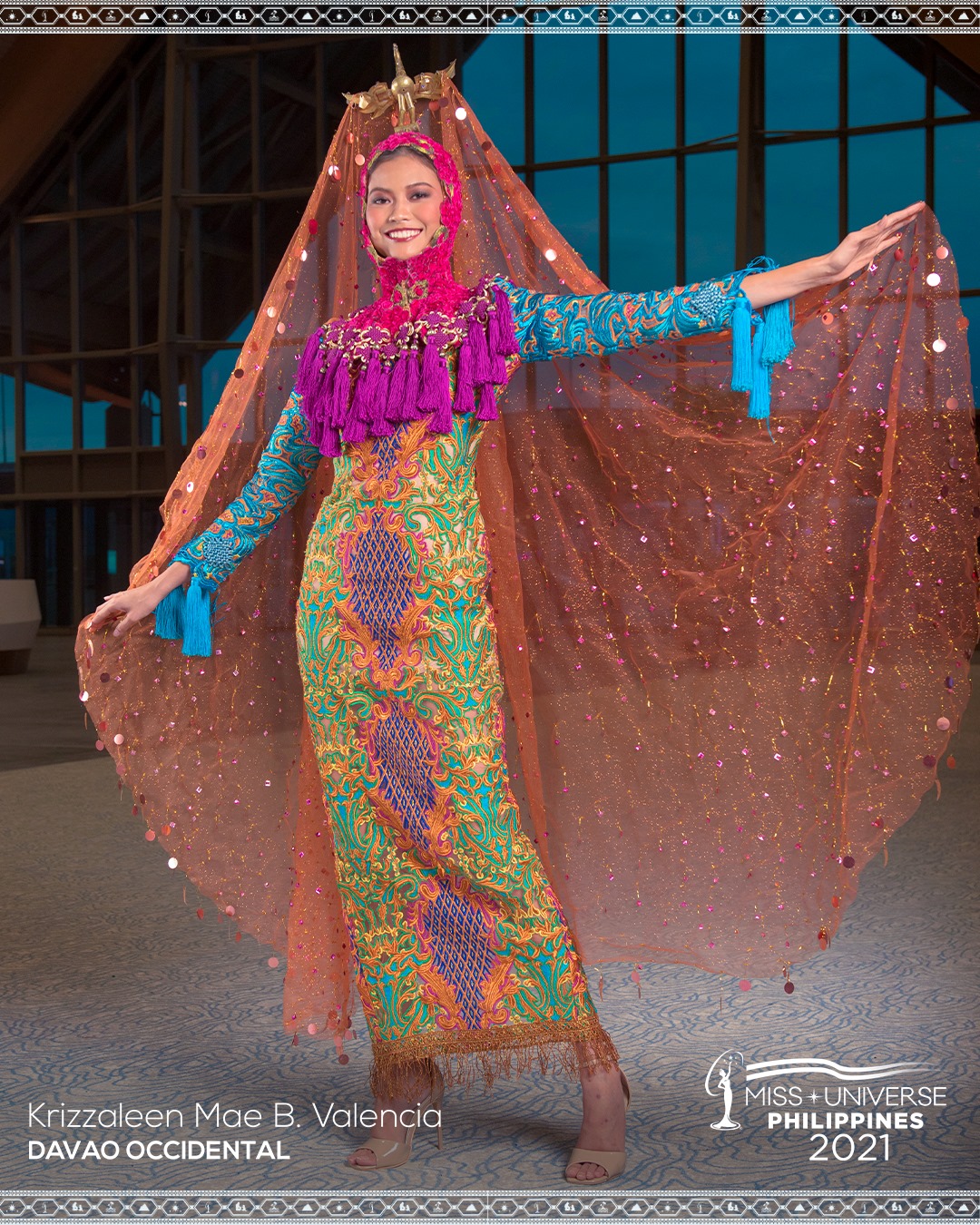 Valencia called the festive ensemble, complete with intricate embroidery and colorful tassels, a “warm representation of our beloved Muslim people from the provinces of Mindanao.”

The latest footwear collections you need to check out this June