An escalating global epidemic of overweight and obesity is taking over many parts of the world. And then COVID-19 happened. Experts fear that while we might win this current global pandemic it may usher in yet another one.

The decrease in physical activity and increase in stress among other things resulted in higher obesity numbers. The spike is so predominant that a new term, “covibesity,” or rising obesity during the pandemic, was coined by the National Center for Biotechnology Information.

All the telltale signs of disaster started from the first few weeks of quarantine. Food deliveries, food takeouts, baking sprees and sugary sweets were all the rage. Online shopping sites, which used to be popular for services and consumer goods, almost completely shifted to food.

A surge in screen time, whether from movie marathons, games, social media, online classes or work-from-home, meant less physical activity. Increase in mental health issues or even just stress resulted in oversleeping or overeating (though starvation is also how others cope).

All the telltale signs of disaster started from the first few weeks of quarantine. Food deliveries, food takeouts, baking sprees and sugary sweets were all the rage.

Back in 2016, the World Health Organization reported that more than two billion adults are overweight and 650 million are obese. It was also predicted that one out of five adults worldwide are expected to be obese by 2025.

Healthcare costs associated with obesity hit a whopping $990 billion per year, which represents more than 13 per cent of all healthcare expenditures. In another nine years, projected obese children will reach 254 million or 100 million more than today.

“Children ate one additional meal per day; slept an extra half hour per day; added nearly five hours per day in front of phone, computer and TV screens; and dramatically increased their consumption of red meat, sugary drinks and junk foods. Physical activity, on the other hand, decreased by more than two hours per week, and the amount of vegetables consumed remained unchanged,” the report said.

With the increase in obesity comes an increase in non-communicable diseases (NCD) such as diabetes, cardiovascular disease, liver disease and certain cancers. 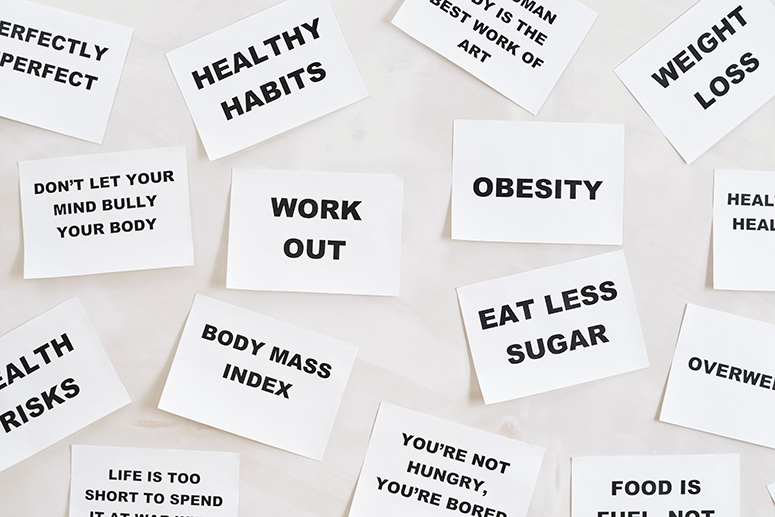 WHO’s "Global Action Plan for the Prevention anc Control of Non-Communicable Disease 2013-2030 "envisioned a halt in the increase in diabetes and obesity from 2010 levels. As of late, a majority of the countries only have a dim 10-percent chance of hitting the target. So to conclude we are failing is an understatement.

Obesity is fast becoming a disease not only of rich countries but also of poor nations. It has been identified as the most common form of malnutrition responsible for millions of preventable deaths.

“We are living in a new nutrition reality, where rates of overweight and obesity are rapidly increasing and coexisting alongside stunting and wasting. And poor diets have been identified as the main risk factor for the global burden of disease,” the report added.

WHO emphasized that pre-existing conditions of NCD increase the risk of becoming seriously ill with COVID-19. They also pointed out that obese individuals have seven times greater risks of developing a severe form of COVID-19.

New reports stated that obese individuals are 46 per cent more likely to test positive for the virus with a 48-per cent increase in mortality rate.

Prolonged quarantine coupled with job losses and financial problems have encouraged the purchase of cheap, unhealthy and heavily processed food items. The consumption of fresh produce has also declined.

WHO points out that obese individuals have seven times greater risks of developing a severe form of COVID-19.

Since lockdowns are still reinstated by countries, a 100-percent normal situation may not just be around the corner. Hence, the government, as well as private institutions, should be conscious about preventing obesity, which just increases healthcare costs. Physical activities should be encouraged. There should also be safe bike and jogging lanes, well-lit parks and public courts.

Nutrition education should be prioritized with emphasis on balanced nutrition and the consumption of fresh produce. Weekend farmer’s markets, where prices can be subsidized or regulated, may be a great idea (many such projects happened during the pandemic linking farmers directly to consumers).

Stress management and mental health should not be ignored. Support groups and discussions regarding fear, anxiety, sadness and depression should be promoted, not suppressed.

Instead of promoting fear and uncertainty, we should educate ourselves with valid information not only regarding the prevention of the virus but also how we can emerge from the pandemic stronger physically, mentally, emotionally and spiritually.

Banner and thumbnail caption: The spike in obesity numbers during the pandemic is so predominant that a new term — “covibesity” — was coined. - Photo from www.salon.com

Mylene Mendoza-Dayrit is the president and CEO of Gold’s Gym Philippines. She has led three major fitness brands to expansive growth since 1986. She has a weekly column in The Philippine STAR's Lifestyle section titled “Well-Being” since 1997.

Why you shouldn't leave mouthwash out of your oral hygiene routine

Can lifting be the next hot workout?