Style Living Self Geeky News and Views
In the Paper Shop Hello! Create with us
@zacefron on Instagram

It’s Zac Efron’s birthday but it was he who gave his followers a gift—an Instagram photo of him on the beach in all his shirtless glory.

So, Zac just turned 34 on Oct. 18 and that’s something that will suddenly make you feel old. Apparently, even The High School Musical star thinks he is getting old, too. But looking at the birthday photo he posted, he is aging like fine wine. (Cheers, Zac!)

In the photo he posted on Instagram, Zac is shirtless, revealing his tanned, chiseled body as he enjoys the sun, sea and sand in Thailand.

“It’s my birthday again? I’m getting old now-thanks for the birthday wishes everyone, I love you,” he wrote in the caption of his post. “I’m so lucky to be able to be on this amazingly fun ride with you all.”

He added, “This one feels very special as I get to spend it in Thailand, alongside the most talented and kind cast and crew, making a movie that I think will be awesome… couldn’t be a happier moment in my life. Love you all so much.”

Married by 25? Nope, Vanessa Hudgens says she’s no longer pressured by a timeline

Zac is reportedly filming The Greatest Beer Run in Thailand together with Russell Crowe, who gave him a cake for his birthday. He also started working for the second season of his Netflix show Down to Earth with Zac Efron, which began production in March.

Celebrity friends and fans trooped to the comments section of his post to greet the birthday boy, while others took the opportunity to publicly reflect on their age and thank heavens for the existence of the reportedly very single Zac Efron. 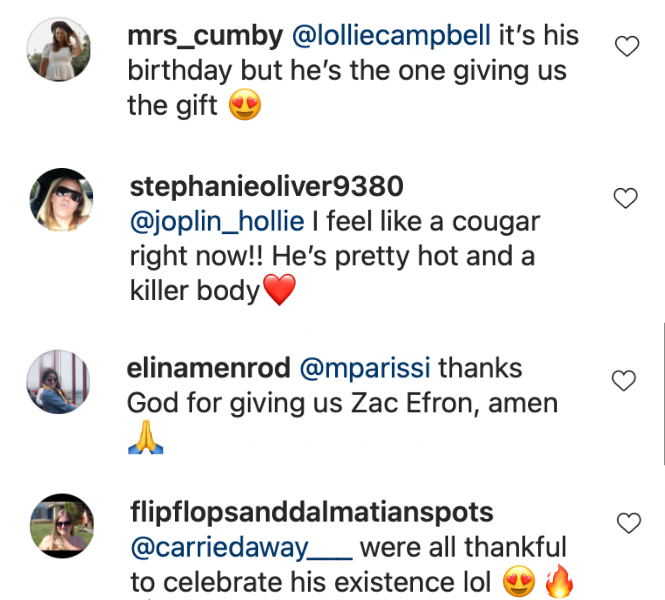 On Twitter, some fans also took note of how Zac has become consistently their type through the years.

One user wrote, “I would like to thank Zac Efron for changing his look to keep up with my taste. When I was 16, he was my type and now at 30, he is still my type. We love consistency.”

Hbd zac. The pain of my life is that I can’t own up to being the owner of this tweet bc I don’t want people irl to find out about my Twitter pic.twitter.com/kZiHJHuiwP

This tweet resurfaces whenever it’s Zac’s birthday or when fresh photos of him come out on social media that show how he seems to be hotter through and through.

This is the second year in a row that he celebrated his birthday overseas as for his 33rd birthday last year, Zac was in Australia where he was cooped up with his then girlfriend, model Vanessa Valladares, during the pandemic.