It is like the Capitol Beltway around Washington DC, or Vienna’s Ringstrasse, except that it is shorter than the former, though longer than the latter. EDSA, as we all refer to this ring road, is also not a complete circle. Its 23.8-kilometer length is roughly semicircular and threads through only six of the sixteen cities of Metro Manila.

We hate EDSA but we cannot live or get anywhere without it, and like the metropolis it serves, it is a complicated mess. One that has brought us good—People Power—as well as constant woe in the form of traffic and pollution. We need to transform it to serve the needs of the present and prepare it for a better future.

EDSA came to be because Manila could not contain its expansion late 1930s.

EDSA came to be because Manila could not contain its expansion in the late 1930s. The country’s insular government under the Americans had commissioned the eminent city planner Daniel Burnham to prepare a layout of a modern Manila. The capital only had a population of 250,000 at the turn of the century, when Burnham took a look at it. He planned a city of 800,000 contained well within a radius of only five kilometers, which included the original arrabales, or Spanish-era suburbs, like Binondo, Sta. Crus, Sampaloc, Arroceros, Quiapo, Ermita, Singalong and Malate.

Manila boomed in the first three decades so fast that by the time Manuel Quezon took over as president of the Philippine Commonwealth, it had to expand inland. For national security purposes, a new capital was planned to be located fifteen kilometers from Manila Bay; beyond the maximum range of battleships of potential invading forces. Of course, few could foresee aerial bombing in the 1930s.

This new capital, eventually named Quezon City, needed to be connected to central Manila. A main radial was planned—Quezon Avenue. This was to intersect a circumferential road that sought to link the northern and southern ends of the original capital at Caloocan and Pasay. The proposed infrastructure was part of Quezon’s equivalent of today’s Build, Build, Build. These projects started in 1939.

The road was not completed because of the advent of war. Its northern terminus, anchored by the elegant Bonifacio monument was established, but the road never got across the Pasig River at Guadalupe, and Makati beyond that was just a swampland with a small airport.

After the war, the road was reopened and bore the name of McArthur Boulevard (before the highway from Caloocan took the name). It was then christened Avenida 19 de Junio (19th of June Avenue) to commemorate Jose Rizal’s birthday. This did not last and most people and maps of the time bore the designation Highway 54. This was assigned to it by the American military during the liberation. In 1959, the formal name was changed to Epifanio de los Santos Avenue, after the Rizal scholar, historian and jurist. Highway 54 still stuck for decades after, until the acronym EDSA came into more popular use from the 1970s onwards.

Plans for finally completing the road and connecting the north and south banks of the Pasig River were put in place in the 1950s. The early part of the transport network was re-built by the newly established Republic with aid from the United States’ Bureau of Roads. Work on EDSA continued well into the 1970s because of right-of-way issues at the Pasay City end of the avenue.

Highway 54 started as a two-lane asphalt road with large swathes of cogon field on either side of it. It widened to four lanes by the mid-1950s, but had no lighting and very little development along it except for the government’s housing ‘Projects,’ the private Philamlife Homes, as well as some commercial development at the highway’s two main "crossings" at Cubao in Quezon City and at Shaw Boulevard. The Shaw intersection was (and is still known as "crossing").

My first memories of Highway 54 are from this era of the late 1950s. I grew up in Project 4 (I’m "jeproks") and we crossed Highway 54 to get to school or to old Manila, where we would visit my grandfather or watch movies downtown. In the early 1960s, I remember the lonely stretch of the highway when I accompanied my father, a doctor, to a clinic for employees at the old ABS-CBN compound. It was a shack with one lone television tower.

In the 1970s and into the Martial Law years traffic built up as suburban residential enclaves sprouted along EDSA and daily commutes to Makati and central Manila built up traffic rush hours. In 1978, when I started working in Makati, I was still able to get home to Barrio Kapitolyo in Pasig in fifteen minutes, but every year the traffic got heavier and the government started building interchanges, flyovers, and underpasses along all the major intersections.

Post-People Power, Makati was joined by the Ortigas district and Cubao as CBDs (Central Business Districts) that serviced the larger metropolis. The old downtown of Binondo had relinquished its role to these satellites. These were threaded by EDSA like a string of pearls lit at dusk by headlamps of thousands of vehicles that plied its length.

The 1990s and the first two decades of the 21st century have both seen EDSA evolve to become the key corridor for motorized transport for the metropolis. A light rail system was built to improve mobility for a population that now surpassed ten million (with another few million commuting from beyond the boundaries of Metro Manila). This should have come first as rails systems are more efficient in moving people and the infrastructure could have been much less complicated than today’s reality of multi-layered interchanges that blight the cityscape and take up so much space.

EDSA needs to be improved, not by widening or additional infrastructure for individual vehicles. We need to transform EDSA as well as the rest of our road systems to be more inclusive, efficient, safe and complete.

Today, as we anticipate and pray for normalcy to come soon, that new normal will still see commutes of two to three hours come back along EDSA. Congestion has returned to almost pre-pandemic levels (some say it is worse). Additional links across the Pasig River have not done much to achieve the Holy Grail of the 20-minute average commute. It will not be achievable because of the principle of induced demand.

The introduction of the Carousel system for buses has helped a tad to ease transport woes on EDSA, but related pedestrian infrastructure to support access to this needs to be built to improve commuter safety and comfort. The same goes for the MRT stations and connectivity to other modes of transport using EDSA as well as roads intersecting it. Some bike lanes have been introduced on sections of the avenue, but they need more connectivity and retrofitting for segregation and safety concerns.

EDSA has serviced the metropolis for the last eight decades. It needs to be improved, not by widening or additional infrastructure for individual vehicles. Nine out of ten Metro Manilans commute by public transport or by alternative means like bicycles, so we need to transform EDSA as well as the rest of our road systems to be more inclusive, efficient, safe and complete. 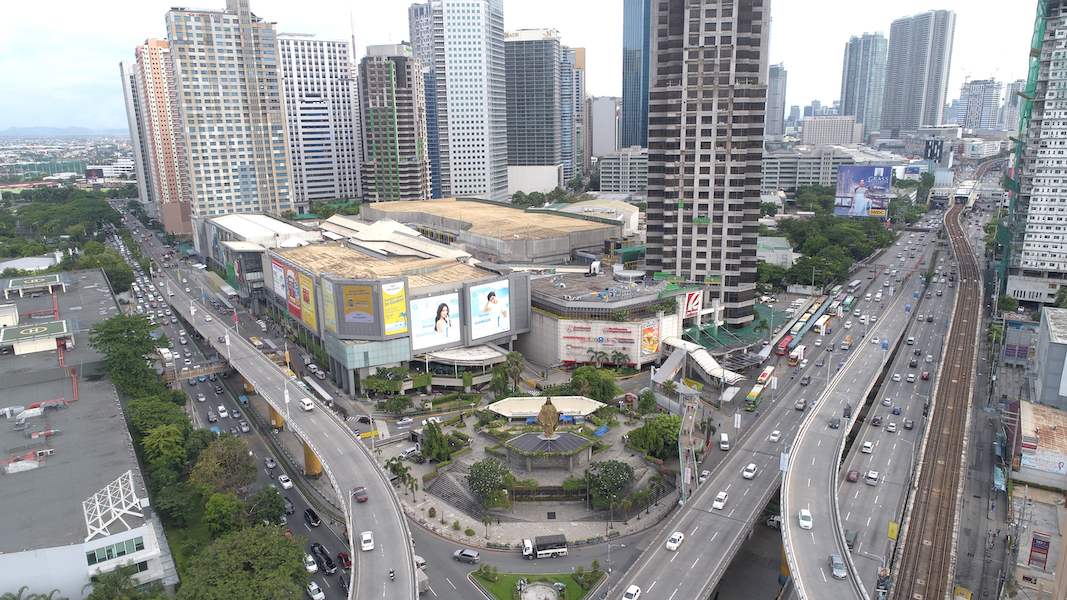 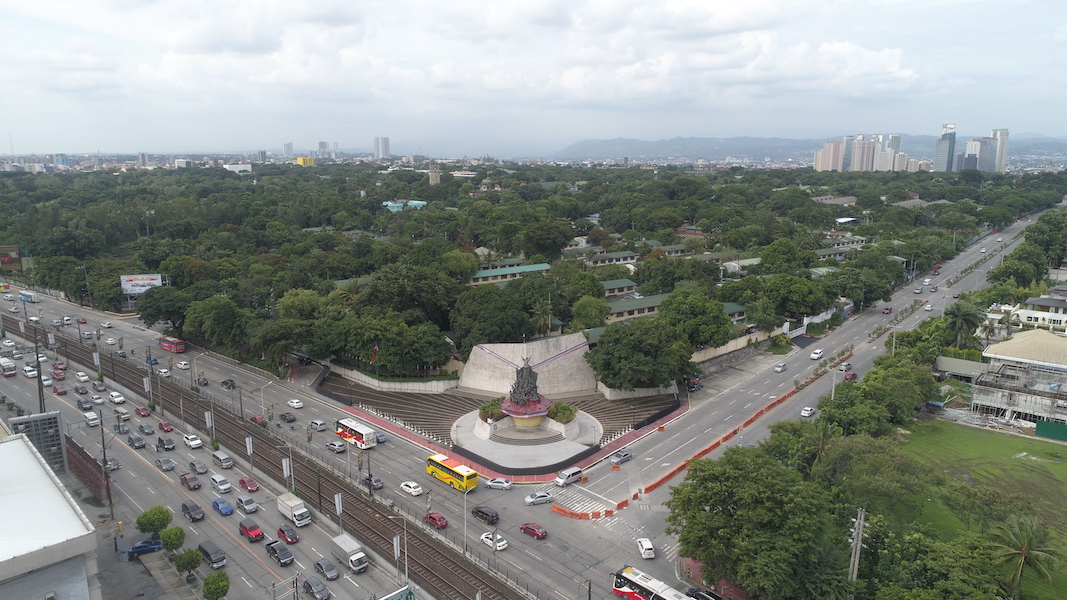 EDSA was named after a noted historian. A knowledge of the avenue’s history is important to understand how it got to where it is today, and paraphrasing Jose Rizal, we need this knowledge to determine how the storied avenue could take us to the future.

Paulo Alcazaren is a noted city planner and landscape architect with four decades of professional international and local experience. A Philippine Star columnist for the last 20 years, he is the recipient of several national and international awards in the design and cultural fields.

Of cutting my 'Ben&Ben' hair, dying love, and letting go

29-year-old woman arrested for enrolling in high school, pretending to be a teen