LAS VEGAS — It was an unusual atmosphere in Manny Pacquiao’s dressing room shortly after he lost to WBA welterweight super champion Yordenis Ugas by a unanimous 12-round decision before 17,438 fans at the T-Mobile Arena here Saturday night.

No high fives, no celebration. Since Pacquiao made his US debut in 2001, he has won 29 fights and dropped only six. So tasting defeat hasn’t come often in his storybook career.

At 42, Pacquiao displayed marks of a bruising battle, a cut that took five stitches to close over his left eye, swelling on both cheeks, and a busted lower lip. In the ring, Pacquiao was interviewed and apologized to the fans, saying he gave his best but came up short. The crowd that jammed the arena to cheer for Pacquiao erupted in unison, chanting “Manny, Manny, Manny.”

‘I'm sorry we lost tonight, I did my best.’ Pacquiao fails to recapture WBA title

To the legion, it didn’t matter if he won or lost. Pacquiao will forever be a national hero.

The first to greet Pacquiao as he entered the dressing room after the fight was his wife Jinkee. Then, one by one, his sons Michael and Jimuel and daughters Queenie and Princess embraced their father. Pacquiao’s youngest son Ismael stayed in the hotel.

Coach Freddie Roach, chief second Buboy Fernandez, strength and conditioning coach Justin Fortune, cutman Mike Rodriguez and Roach’s assistant Marvin Somodio took turns consoling Pacquiao but it seemed as if Pacquiao consoled them instead. Surrounded by his training team, Pacquiao demonstrated how he couldn’t unleash his combinations with the same velocity as before because of cramps in both legs. Roach told Pacquiao that no matter what, he’s the best ever and Rodriguez said it was an honor to work in his corner.

While there was a pall of gloom in the air, Pacquiao took the loss with faith in his heart, even smiling and praising God for His infinite wisdom.

Asked if he wanted his father to continue fighting, Jimuel said, “Right now, not really.” Fernandez fought back the tears welling in his eyes and said it was painful to see his boyhood friend hurt.

Fil-Am stand-up comedian JoKoy and Fil-Am rapper Apl.de.ap or Allan Pineda Lindo tried to lighten things up by jokingly squaring off. JoKoy even played matador as Fernandez rushed him like a bull in a funny moment. Also in the room was J. Rey Soul or Jessica Reynoso of the pop-rap band Black Eyed Peas, who said she was over the moon singing the national anthem before the fight.

The day after, Pacquiao could hardly open his eyes widely and was in pain from the beating he absorbed. Jinkee fed him soup with a spoon in her hand. “Through thick and thin, sa hirap at ginhawa, we are one,” said Pacquiao.

“God’s ways are not ours.” By the second day, Pacquiao seemed fully recovered and back to his usual self, entertaining visitors in his Los Angeles home, talking politics, and playing chess. There was no mention of boxing, only what the future holds for the nation.

Pacquiao said he’ll decide whether or not to retire from the ring in the next few weeks. MP Promotions head Sean Gibbons said he’ll suggest a gala swan song like a Kobe Bryant or a Michael Jordan farewell in December or January if Pacquiao is up to it.

If not, Pacquiao’s legacy as one of the greatest fighters ever remains preserved anyway. But if there is a looming end to his boxing career, a new beginning may be coming as Pacquiao is seriously considering whether to file his candidacy for the country’s presidency on Oct. 1. 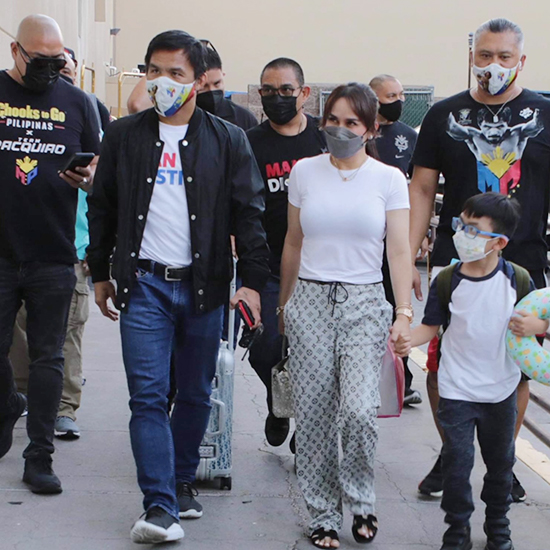 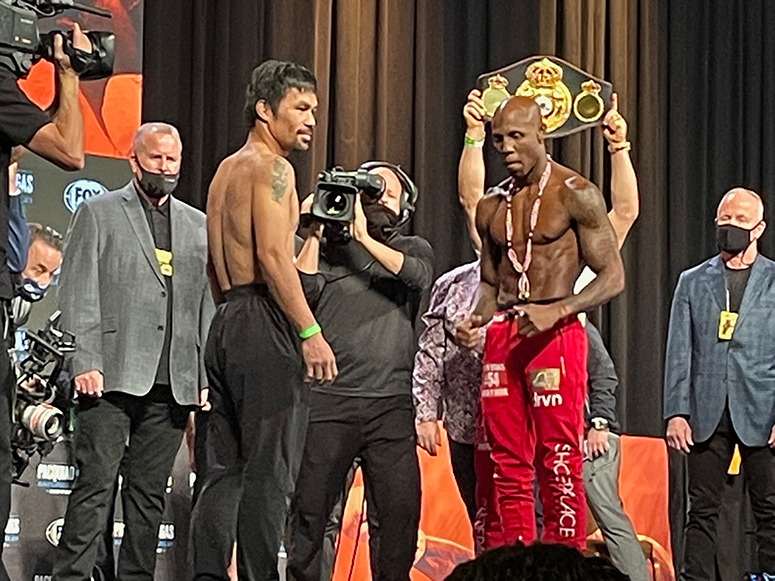 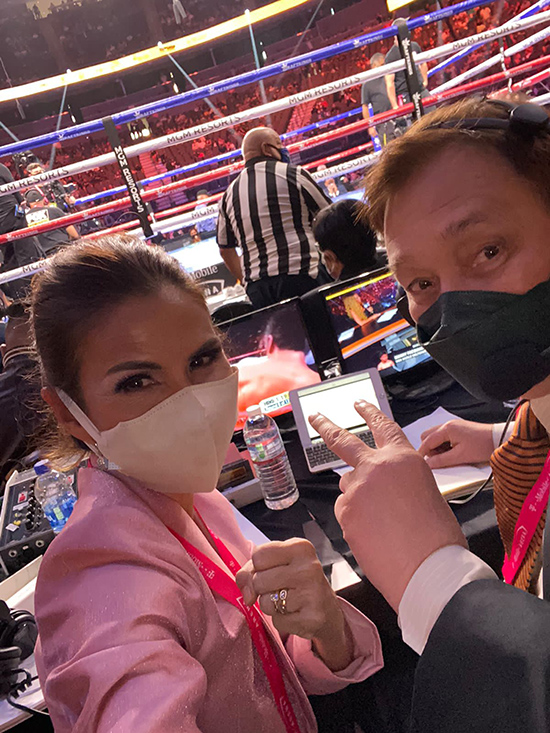 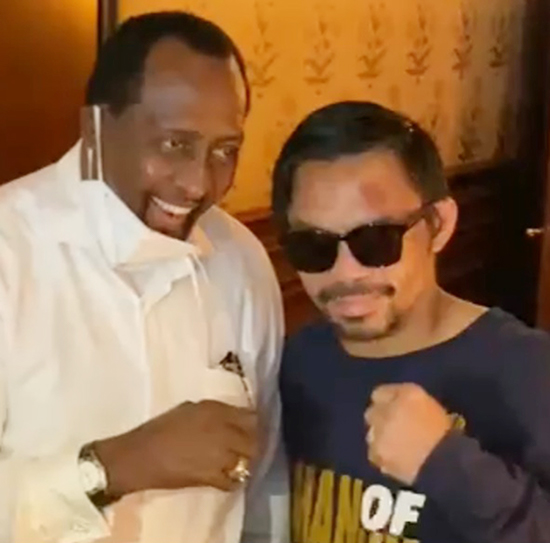 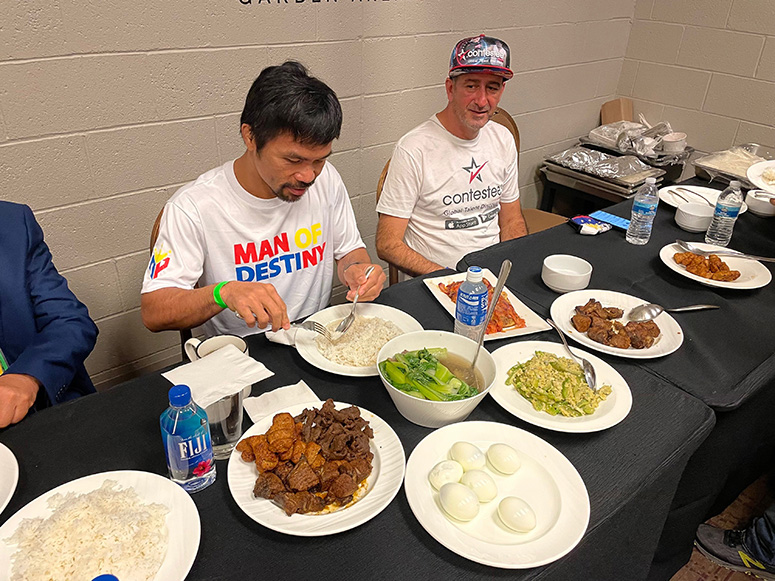 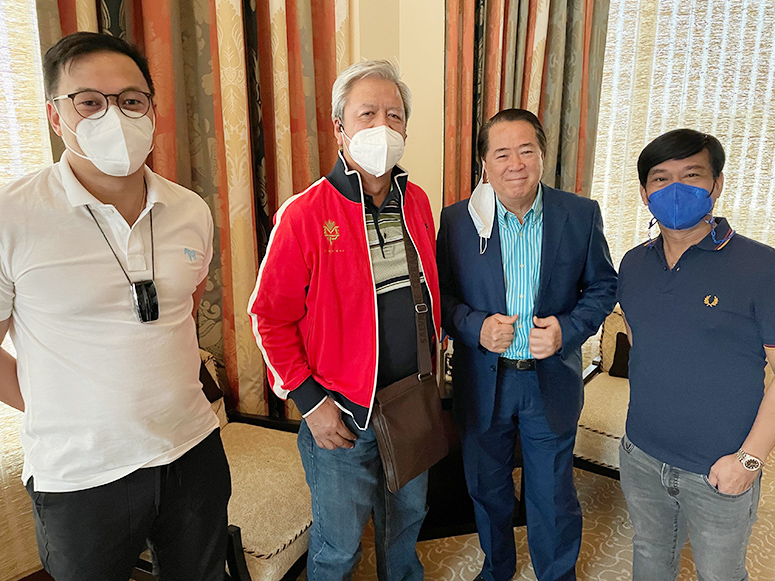 Quinito is known as “The Dean” of Philippine sports journalism with a rich experience of over 35 years in the industry. He’s a broadcaster, and sports columnist with The Philippine Star since 1987. A multi-awarded journalist, he has covered live games at the Olympics, Asian Games, Southeast Asian Games, NBA Finals, NBA All-Star Games, world title fights, world taekwondo championships and many more. He’s done exclusive interviews with stars like Kobe Bryant, Michael Jordan, LeBron James, Kevin Durant, Marvin Hagler and Nadia Comaneci. He currently co-hosts the show PlayItRight TV on YouTube and Facebook with Dyan Castillejo.

MUPH 2021 bets to go for poverty alleviation, corruption-free government if given the power