Getting annoyed with constantly receiving spam text messages? With a few taps on your phone, you can deal with these pesky tests and keep yourself safe from these possibly harmful messages.

First, let's discuss the potential harm that could stem from these spam texts. Most Filipinos are receiving suspicious messages with links (usually a WhatsApp one) for a job offer. 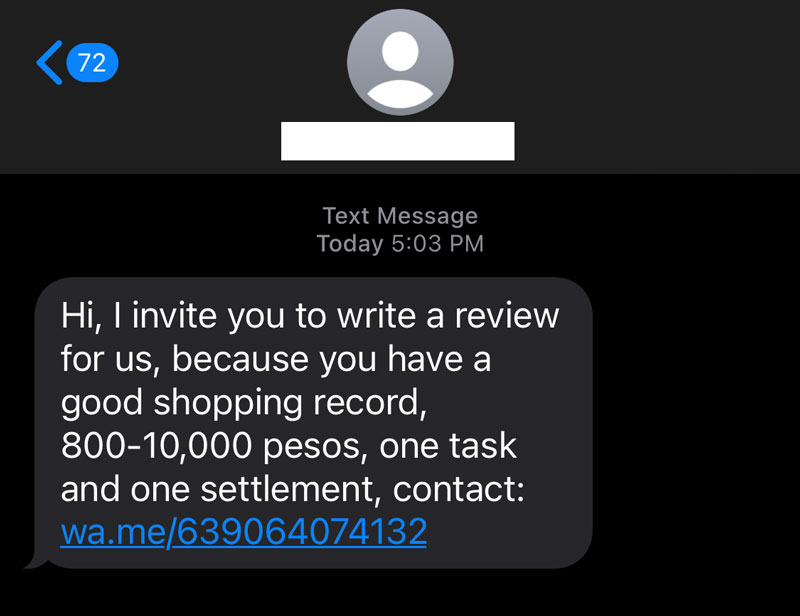 Don't click on the links or reply to the texts.

Those spam messages, like the National Privacy Commission (NPC) warned, are a form of "smishing." If you click on the links, the site you've been directed to could potentially steal your sensitive data such as personal details, credit card numbers, and more.

As tempting as it is to reply to these numbers to tell them to stop, it's a safer practice not to. According to software security company Norton, replying to spammers lets them know that your phone number is valid thus you could get more spam messages in the future.

If you get frequent spam from the same phone number, you can go into your message settings to block them. This won't always work though as spammers seem to be using a different number each time but it's a safe practice to start.

On an iPhone, open the spam text > tap on the number > choose Block this Caller and tap Block Contact. 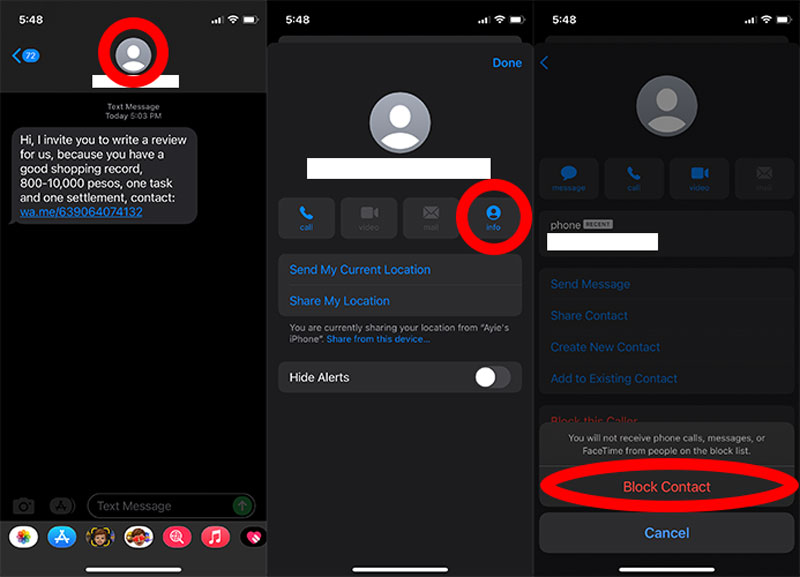 On Android, open the spam text > tap on the three dot-icon on the top right of your screen > select Block Number and toggle Delete Conversation.

If you're also getting spam on WhatsApp, you can block the number simply by selecting Block when you open the conversation. The app will usually give this prompt if the number isn't in your contact list. 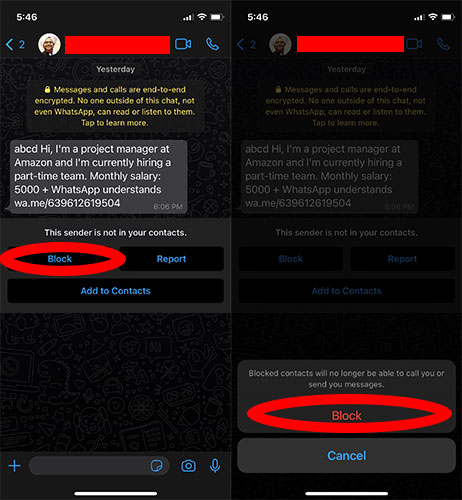 Both Android and iPhones offer a way to automatically filter potential spam texts so they won't appear in the same inbox as your other important messages from your contacts.

To turn this on your iPhone, go to Settings > Messages > scroll down to Filter Unkown Senders and toggle it on. This will sort messages from people who aren't in your contacts into another list. 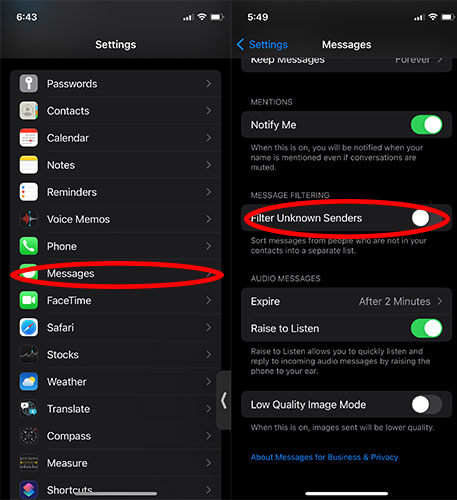 On Android, open the Messaging app > tap on the three dot-icon at the top right > select Settings > tap on Block numbers and spam > and turn on Caller ID and spam protection and toggle Block spam and spam calls. On a Samsung device, a service called Hiya will identify spam and spam callers. 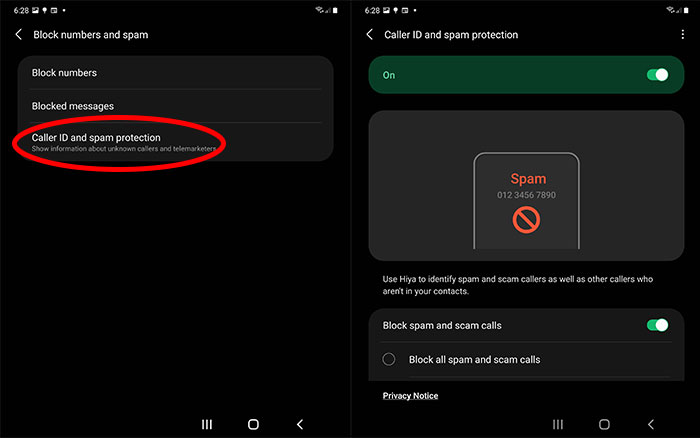 A number of people have been receiving suspicious texts after filling up COVID-19 forms. Here’s what you can do against 'smishing'

Report spam to your telecom

Both Globe and Smart are taking action to combat SMS spam. Aside from blocking confirmed spam numbers, the telcos also urged users to report spammers to their sites.

For Globe users, there's a page where you can upload a screenshot of the spam message and input the spammer's mobile number to file a report.

Meanwhile, Smart encourages its subscribers to report incidents to NTC or to their email at [email protected].

EXPLAINER: What is the 'Maharlika fund' and why is it raising concern among critics, including Marcos' sister?

Letran player gets a warning, faces backlash for ‘Pisil-pwet’ tactics vs CSB during NCAA game