Senators Cynthia Villar and Manny Pacquaio remain the wealthiest members of the Senate based on their 2020 Statement of Assets, Liabilities and Net Worth (SALN).

The Senate's official website has released a summary of Philippine senators’ 2020 SALN. Villar remains the wealthiest with a net worth of over P3.87 billion, higher by P61.6 million than her 2019 net worth of P3.81 billion.

Villar is the spouse of former Senate president and real estate magnate Manny Villar, who is one of the richest Filipinos in the Forbes World's Billionaire 2021 List.

Pacquaio retains second spot, declaring a net worth of P3.18 billion. His net worth increased from 2019’s P3.17 billion declaration.

Villar and Pacquiao are the only senators who have a net worth amounting in the billions.

Leila de Lima, one of the staunchest voices for Philippine human rights and justice, declared the lowest net worth of P9.5 million. This is P1.2 million higher than her previous net worth of P8.3 million. 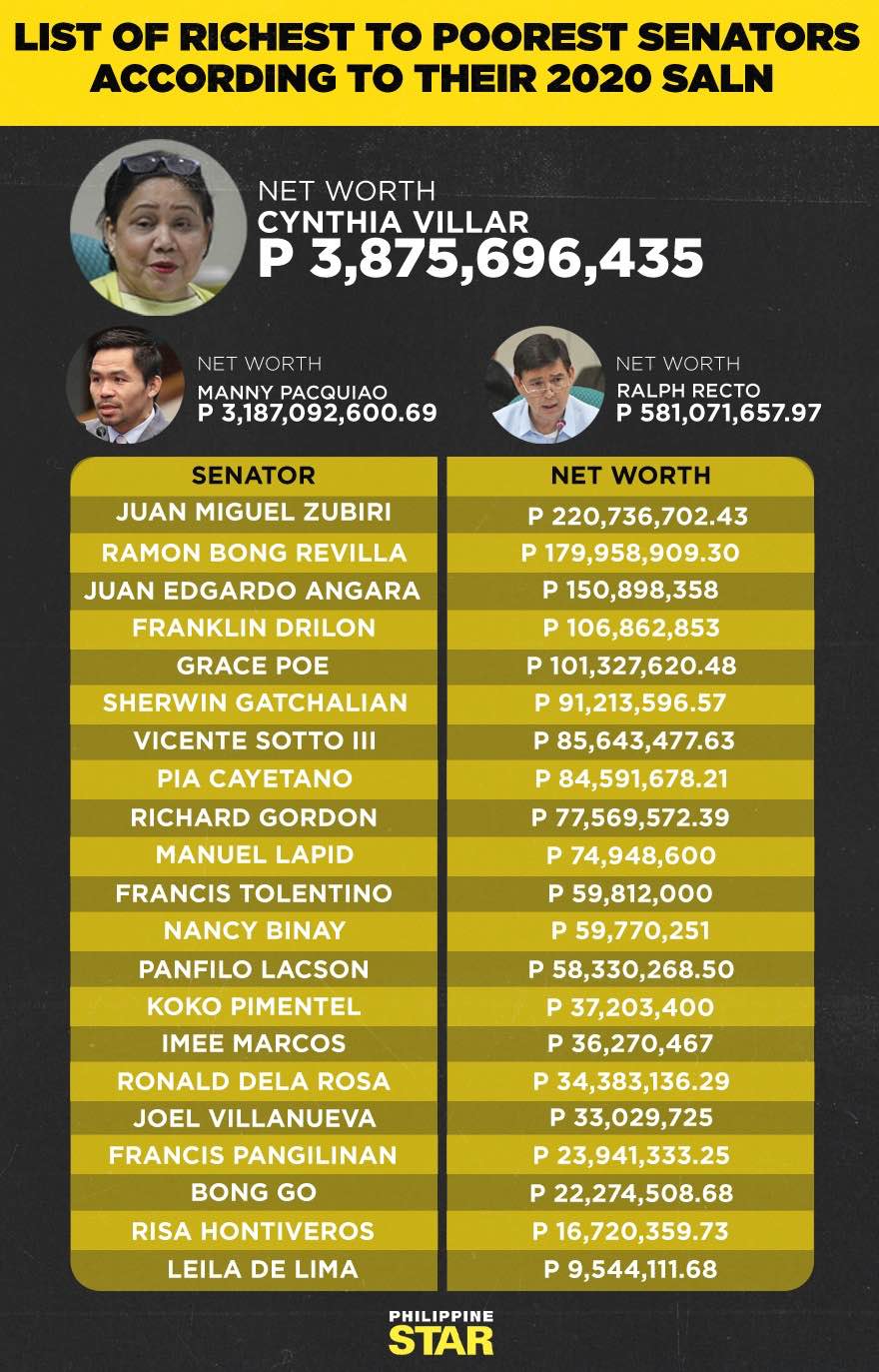 Following Republic Act No. 6713 of the Code of Conduct and Ethical Standards for Public Officials and Employees, politicians are required to submit their duly accomplished SALN to declare their assets (such as real properties and cars) and their liabilities (such as loans, debts, and dependents).

A person’s net worth is what is left of their assets minus the liabilities. 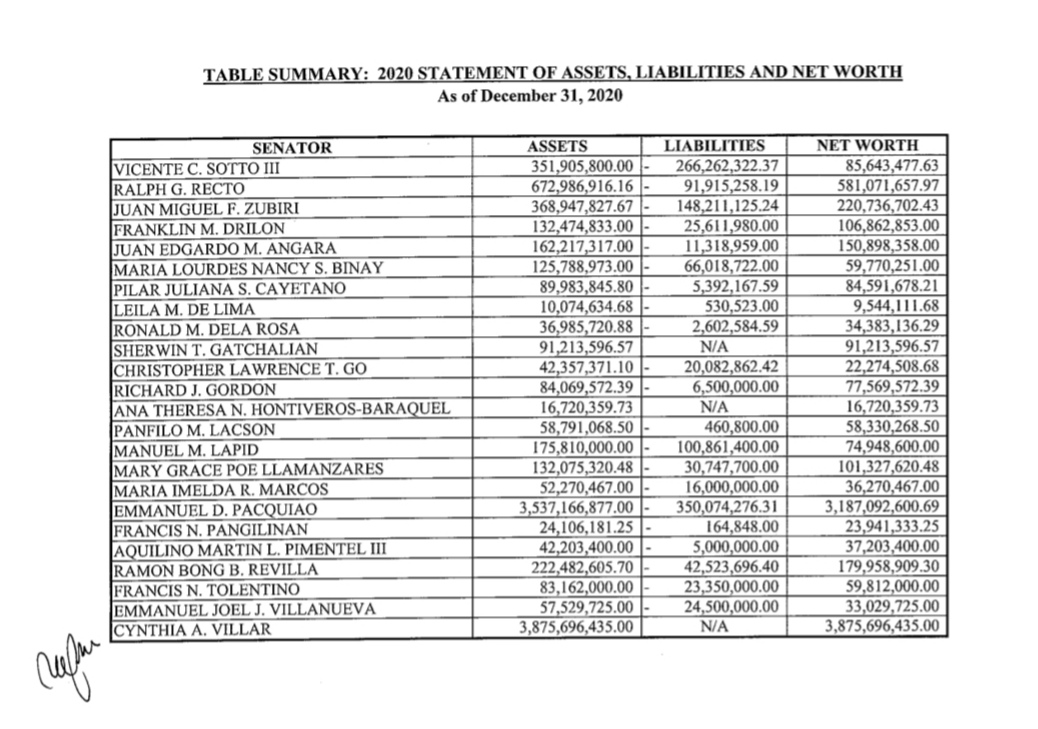